Home » Fashion » Where is Lady Gabriella’s engagement ring? Why she and Tom might be breaking tradition

Lady Gabriella Windsor has married Tom Kingston during a ceremony at St George’s Chapel today.  The couple got engaged in August last year and announced the news to royal fans the following month.  Although members of the Royal Family are usually quick to show off their stunning engagement rings, Lady Gabriella’s was notably missing in her engagement photo.  After the ceremony today, Tom Kingston was seen without a wedding ring meaning he may have ditched the tradition altogether, following in the footsteps of other royal men such as Prince Charles and Prince William.

As Lady Gabriella arrived at her wedding, she was seen wearing a stunning white lace dress.

It had a fitted bodice and lace sleeves which had a floral design and was created by the Italian designer, Luisa Beccaria.

However, while many royal brides choose to show off their engagement rings, royal fans noticed Lady Gabriella’s hand was hidden as she arrived for her wedding.

Glimpses of a gold band were spotted on her hand before the ceremony, but it was unclear whether this was an engagement ring as her hand was mostly hidden behind a large cream bouquet of flowers.

After the wedding ceremony, Lady Gabriella and Tom Kingston appeared outside the chapel where they shared a kiss. 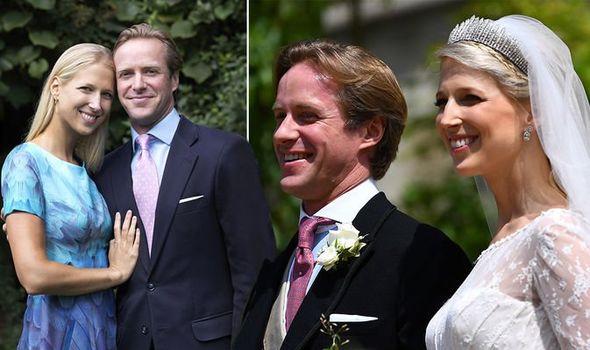 Despite just exchanging vows, Tom was not wearing a wedding band as they appeared on the steps.

He may have opted to break this wedding tradition and go without a ring altogether, which is something some men in the Royal Family have done before.

Although he has been married for many years, Prince William has not wore a wedding ring since his nuptials to Kate in 2011.

This is due to his personal preference not to wear any jewellery, and was confirmed by a statement from St James’ Palace before their wedding.

The Queen’s husband, Prince Philip, 97, has also chose not to wear a wedding ring, despite being married for over 70 years.

Prince Harry, 34, is a notable exception. He has worn a platinum band on his ring finger since his wedding to Meghan Markle, 37, in May 2018. 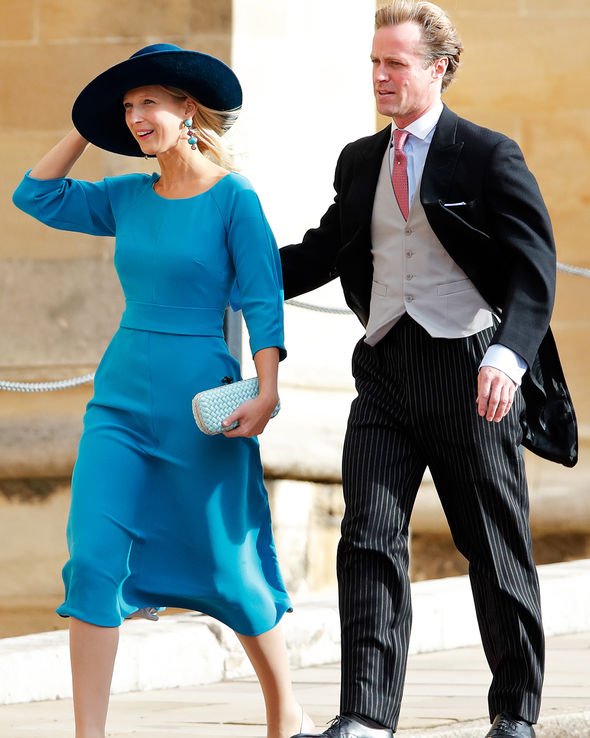 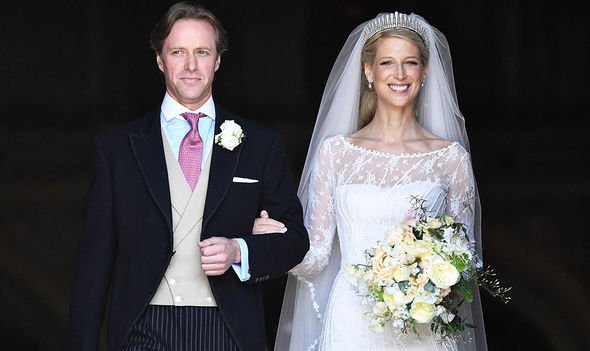 The couple might have first hinted that rings were not important to them as Lady Gabriella’s hand was bare in her engagement photos.

She also appeared at Princess Eugenie’s wedding after the engagement announcement without a ring again.

This was different from royal brides such as Kate Middleton and Meghan Markle, who were both quick to show off their stunning engagement rings.

Although Lady Gabriella seems to have skipped this tradition, the design of her dress had some key similarities to Kate and Meghan’s.

She had a long lace sleeve which was similar to Kate’s and she opted for a simple design, like Meghan did.

How to Maintain Your Salon Hair Color at Home