ONE savvy mum shows off her incredible finds from a returns pallet – which racked up a total retail price of around £2k.

Holly Smith, aka Holly Vlogs, revealed a stash of items she managed to bag from Very, including three different pushchairs, an electric scooter and a Valentino bag. 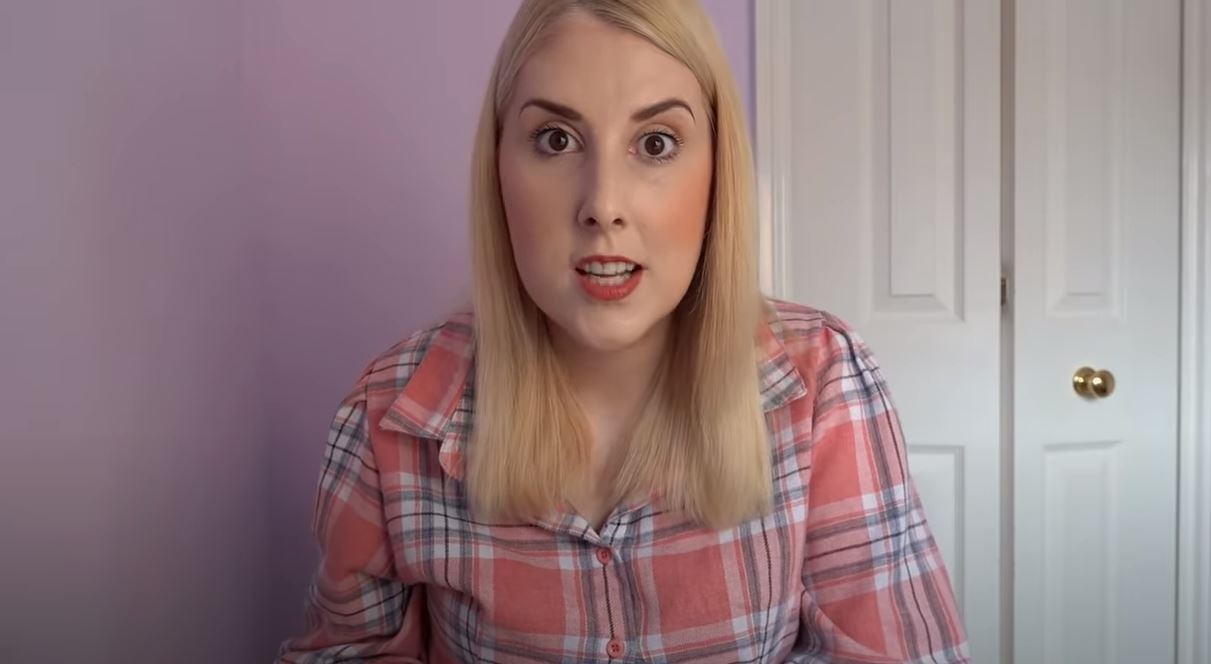 The mum and her partner, Callum, unboxed the haul on her YouTube channel, which cost them just £366 for the whole lot.

She said: “We were browsing online and we found a returns pallet which contains a double pushchair and we have needed one of these ever since we had Bonnie.

“At the moment we are using two single pushchairs and they are taking up so much room in the car.” 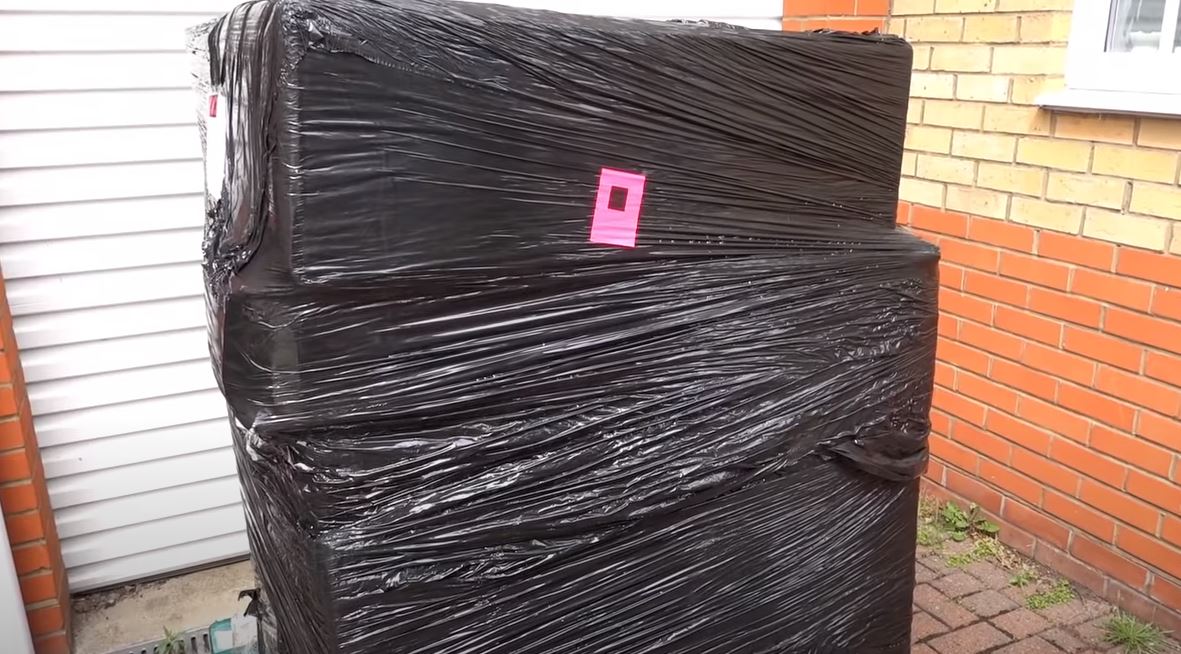 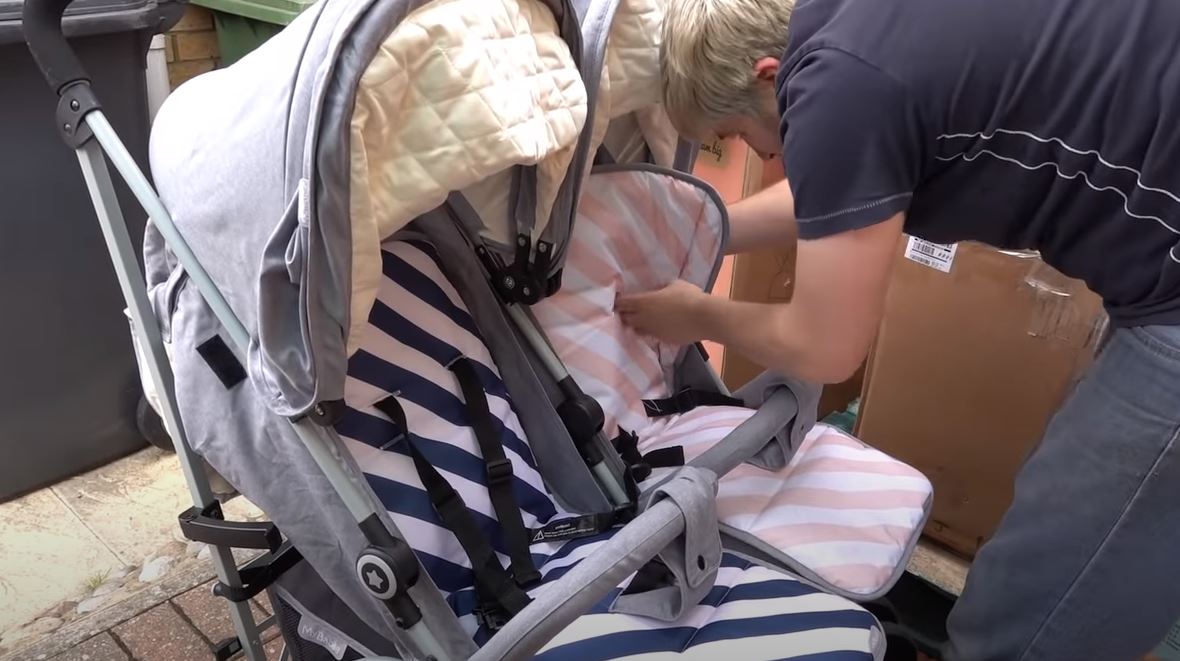 They had hoped to find a double pushchair second-hand as the ones they had had their eyes on were at least £250.

The couple hit the motherload when they discovered the pallet contained a huge variety of baby items.

Holly revealed that she intends to sell the other items in the pallet to pay off the price of the double pushchair.

The MyBabiie Twin Stroller was in pristine condition and was surprised that the item seemed to be a straight return.

She said: “I’ve just taken it for a test walk and I cannot fault it at all, it’s a lovely buggy and as you can see there’s no stains on it. 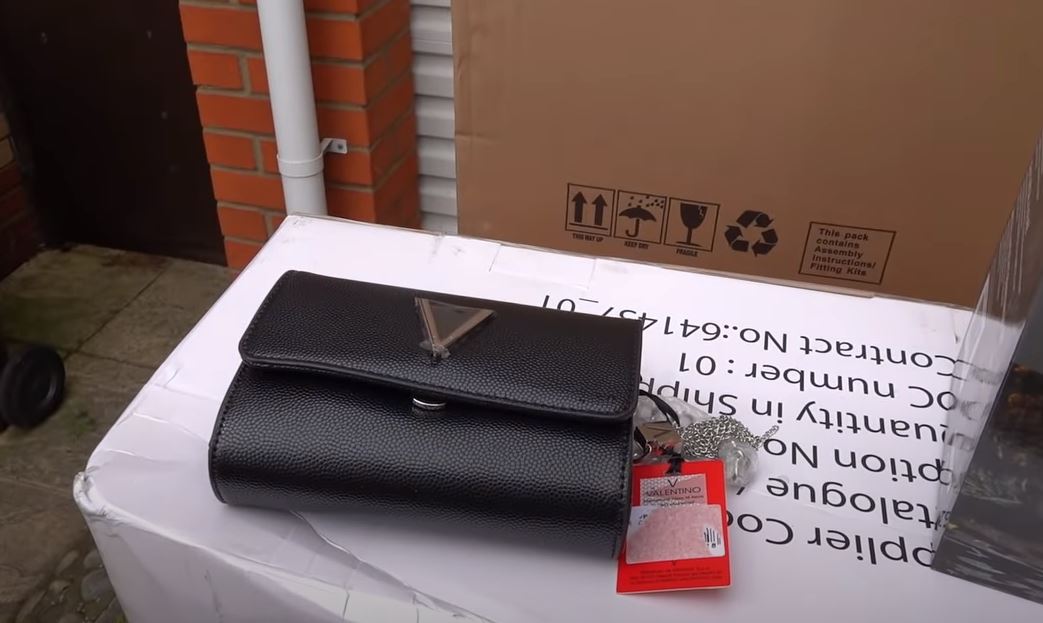 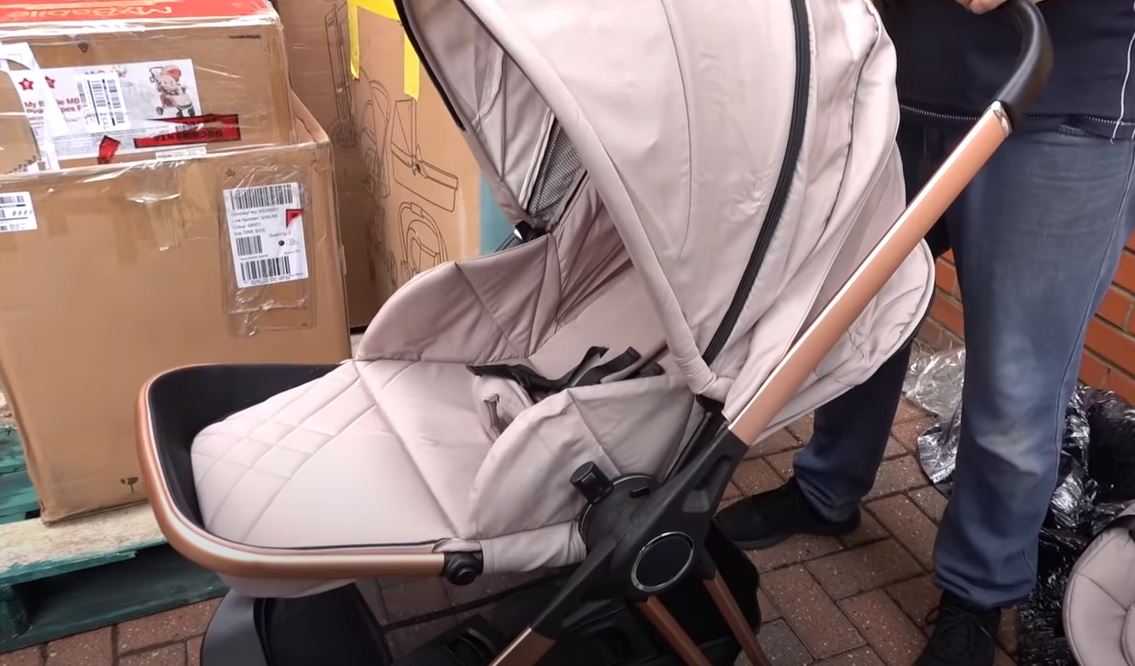 They also found a Lay-Z-Spa drinks holder, a solar powered cat lamp for the garden, as well as a brand-new Valentino clutch bag worth £79.99.

The pallet also contained a Batman tricycle and an AM to PM Travel System by singer noughties popstar Christina Milian – which appeared to be brand-new.

While most of the items appeared to be brand-new, the couple were stunned when an electric scooter was unboxed. 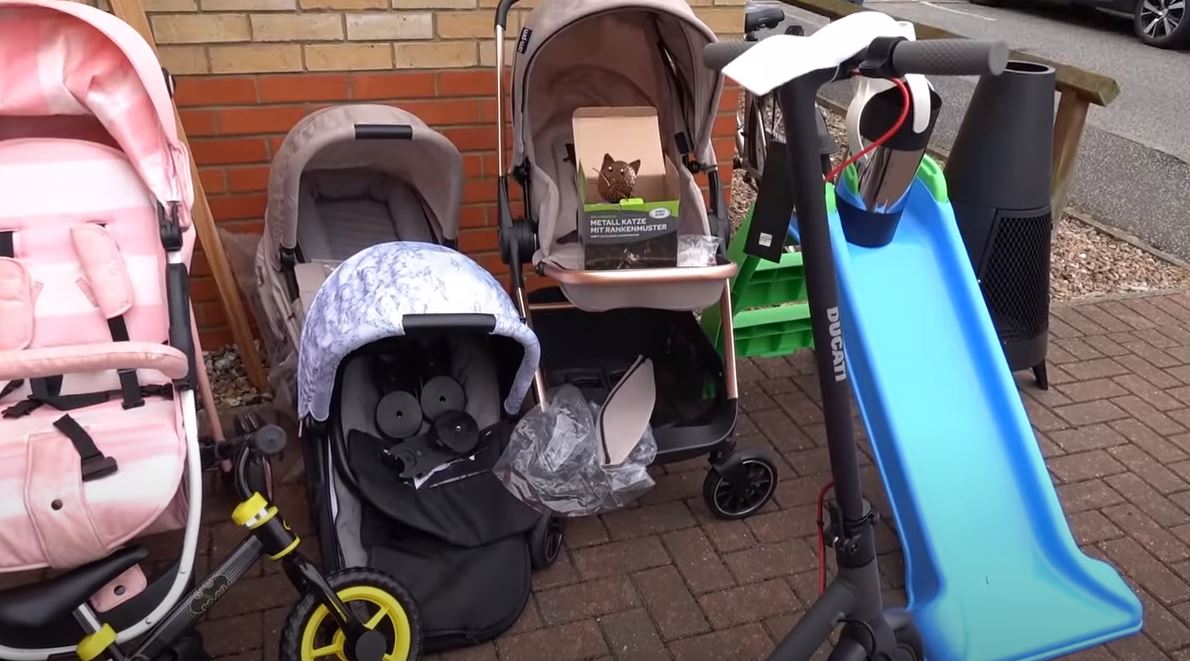 They also found a Little Tikes First Slide, which luckily had no marks on it, as well as an outdoor wood burner, another MyBabiie pushchair and a lamp.

Holly said: “Callum’s mum asked us yesterday, do we have a spare pushchair?”

The couple scored an absolute winner with this returns pallet, with nearly all the items being completely new.

Savvy mum shares huge Morrisons haul after nabbing £133 of meat for £20 – but gets savaged for being ‘greedy’.

Savvy mum shares how she got £100 of baby stuff completely FREE using coupons and kids’ clubs.

Woman sparks debate by slamming Primark customer’s ENORMOUS haul – it’s so big she can barely fit it in the trolley.