STARTING the day with a tea or coffee is part of most people's morning ritual.

When it comes to tea and coffee, Brits drink around 195 million cups of these caffeine-filled infusions every day. 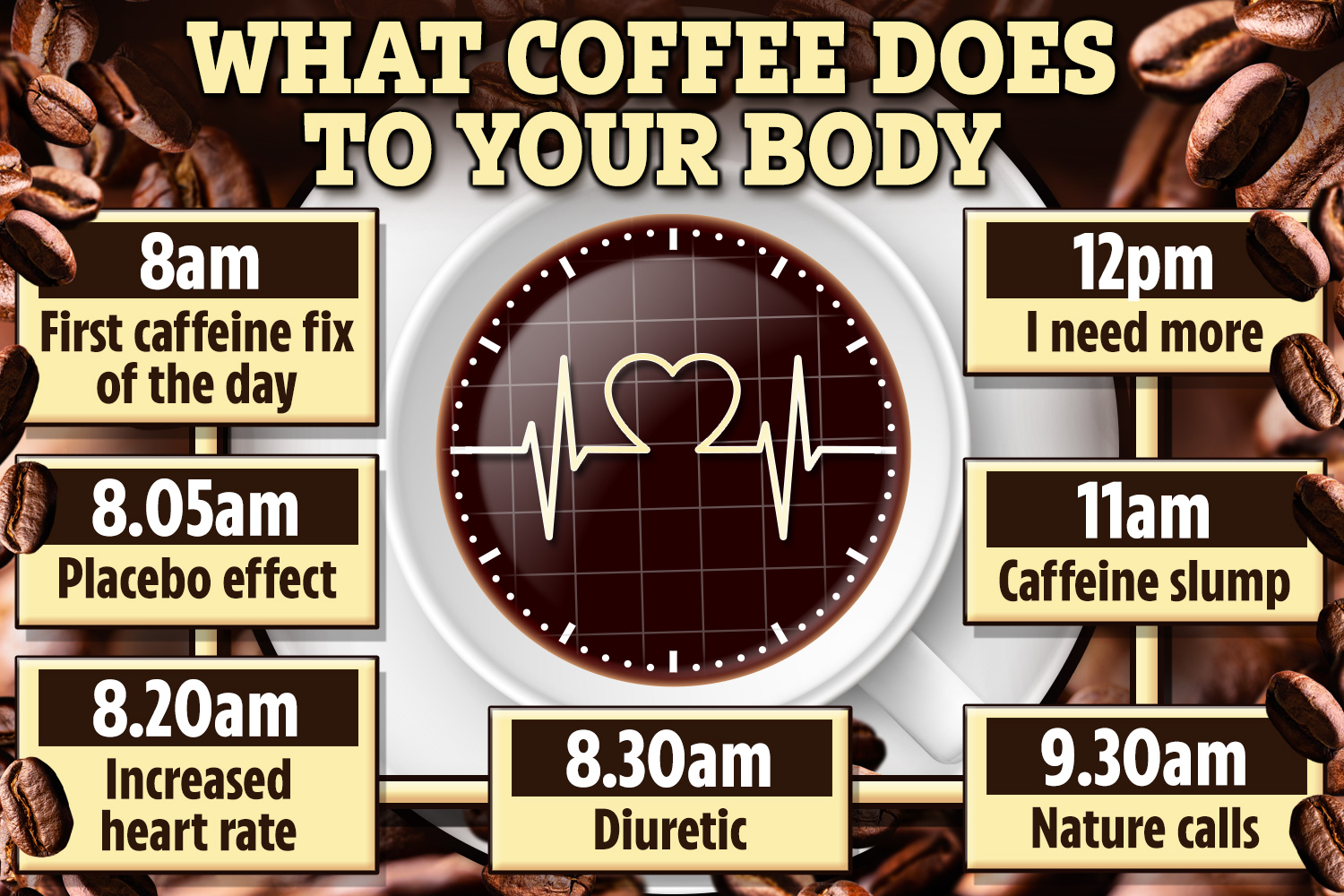 Earlier this week experts revealed that drinking two cups of coffee a day could slash your risk of dying from liver cancer by 46 per cent.

For those of us who can't get through the day without a caffeinated beverage this is good news.

Despite this a separate study published this week also found that drinking any coffee or tea during pregnancy puts your unborn baby at risk.

Many experts were quick to slam the study and claimed that pregnant women do not have to eliminate coffee from their diet completely.

While most of us enjoy a brew in the morning, what do caffeinated drinks actually do to us?

Experts have explained the journey these drinks take through the body with a timetable as a guide as to when caffeinated drinks take effect.

Rise and shine: 8am

The alarm goes off and you're ready for another day – but not until you've had your first drink of the day.

Whether it's coffee or tea, your chosen beverage can often help you face the day with a sense of renewal.

Speaking to The Telegraph, Thomas Sanders, a professor of nutrition and dietetics at Kings College London said coffee usually sticks around in the system for around five to six hours.

He stressed that there is quite a lot of variation in the individual response to coffee, and said that this will impact how that first cup is broken down in the body. 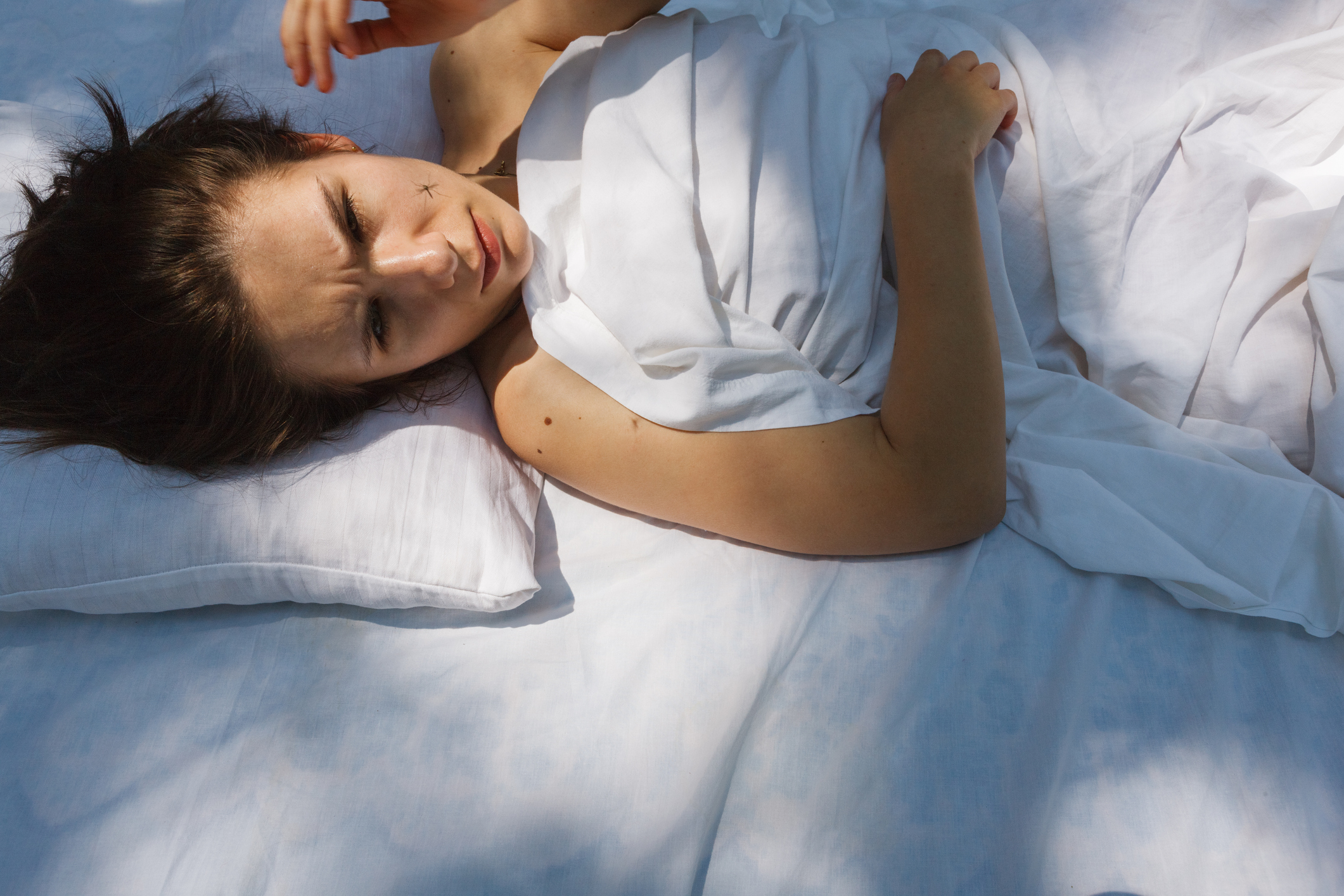 While most of us think we need a caffeinated drink to get through the morning rush, Prof Sanders said that this is actually just a placebo effect.

He said if your usual routine involves putting on the kettle first thing then it's likely you've tricked your mind into thinking that you need the drink to conquer the day.

He said: "To feel the effects of coffee, you’ve got to let it absorb into the bloodstream.

"What you’re feeling at this stage is only likely to be a psychological effect." 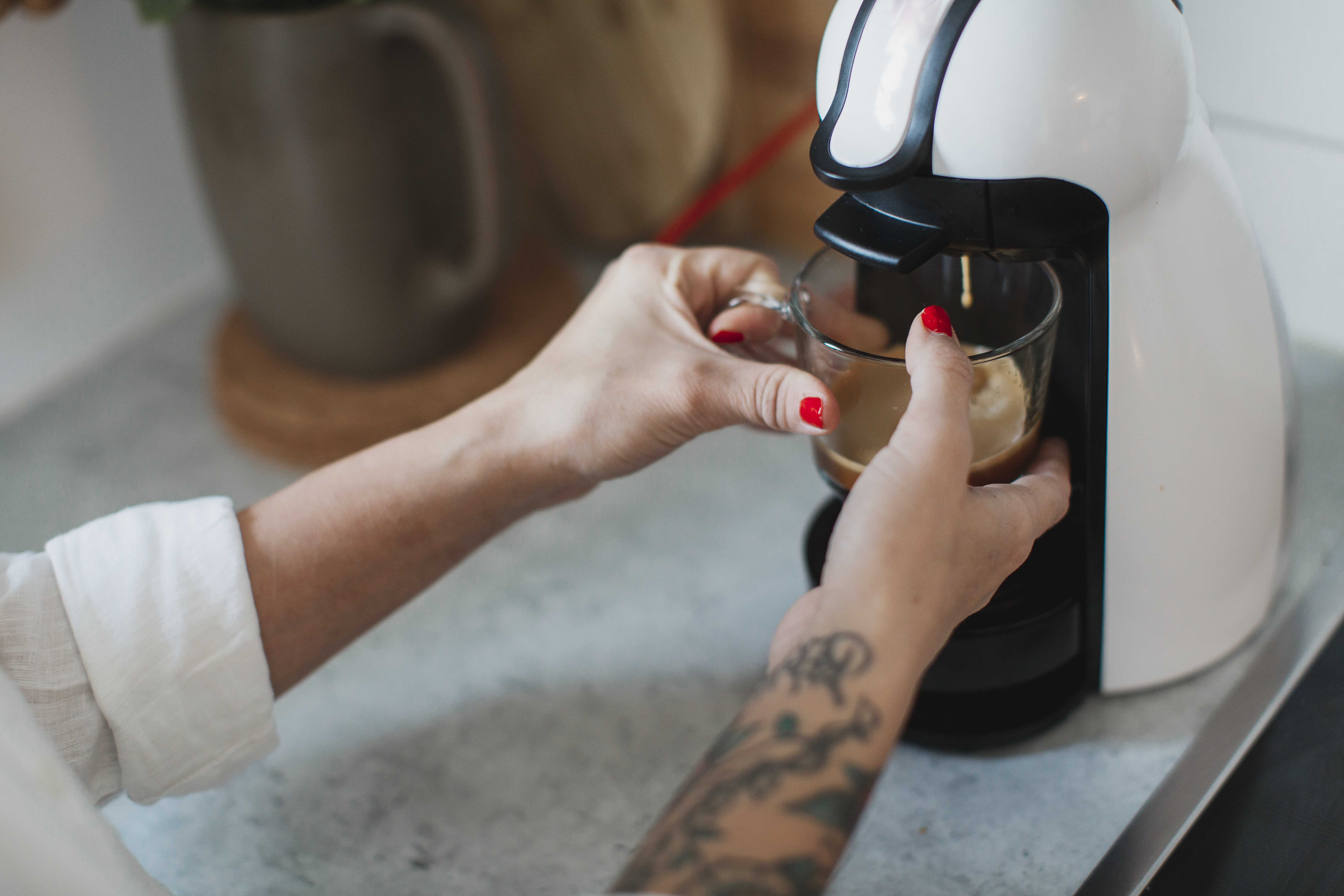 Now you're feeling pumped as the caffeine has been absorbed into your blood stream.

You're heart rate will be up and you will feel a alert as the drink causes adrenaline to be released.

When we consume caffeine it tells our hormone control centre – the pituitary gland that there's an emergency.

This triggers the "fight or flight" mode. Previous studies found that this excited state can often make us feel more emotionally charged than we usually would – and could help us power through those morning emails.

Researchers at Carnegie Mellon University found that caffeine can stimulate the heart and cause adrenaline spikes.

You've had your coffee and now you need to go the loo.

Coffee and tea is known to have a diuretic effect of the body.

While drinking just one cup won't leave you rushing to find the nearest toilet – more than one could cause an increase in urine production.

Despite this – these drinks don't increase levels of dehydration, the Mayo Clinic states.

Coffee, whether it's decaf or not, has an impact on your bowels.

Around an hour and a half after your first cup it's likely you'll need to go the loo.

Some people who have sensitive bowels might want to avoid black coffee as this could cause irritation. 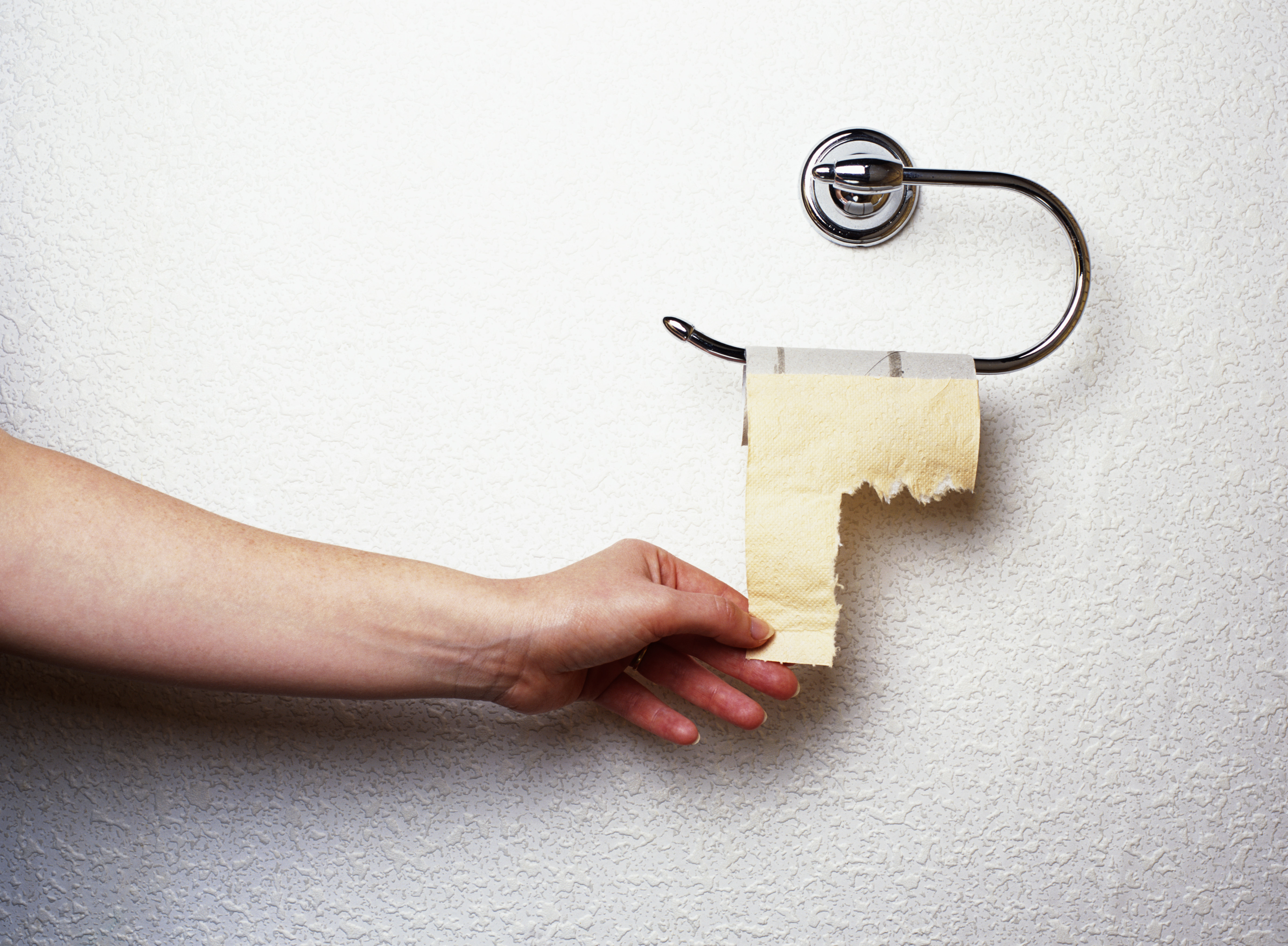 The big meetings are out of the way, the kids are washed and fed and now you're feeling a bit low.

This is because the effects of caffeine are starting to wear off and your body is ready for its next fix.

You might start to feel tired or irritable and you could even suffer from headaches.

You can avoid a caffeine slump by not drinking on an empty stomach, staying hydrated and spreading out your caffeine consumption.

That run to the tea room has started to look even more appealing.

Several hours after drinking caffeine your body will start to crave more.

Prof Sanders said that if these drinks are part of your normal routine then it's likely your body will be expecting more of it.

But experts have warned us to avoid reaching for these drinks in the afternoon, and instead suggest opting for herbal teas or decaf options.

This is because consuming caffeine later on in the day means some of us might struggle to sleep.

Being that a lack of sleep is why most of us reach for the coffee in the first place it's probably best to avoid coffee in the afternoons and evenings.