The MTV Movie & TV Awards once again taped the show—and thus, rolled out the red carpet—two days before it airs (you can catch the telecast on Monday night). Fair warning: This is one of those events where the attendees generally tend to be pretty big spoilers for who’s taking home the trophies. But that means you can play along while you watch, and see how many of our best- and worst-dressed picks ended up taking home some hardware. We’ll give you a hint: Jada Pinkett Smith.

Best Adaptation of a Period Piece: Storm Reid in Etro 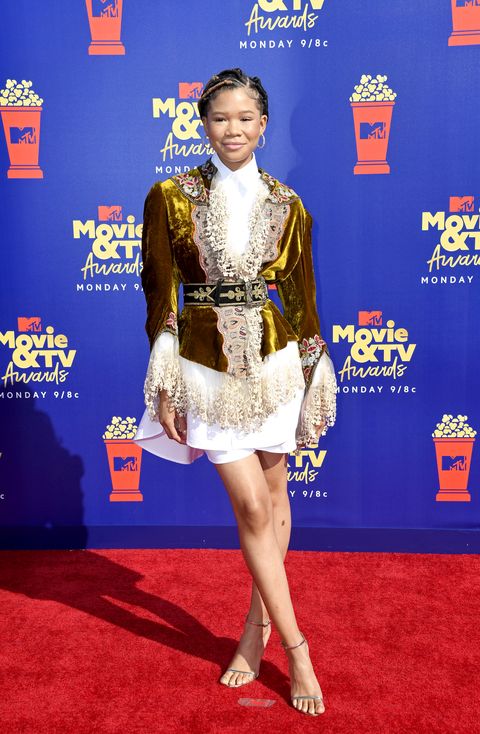 From the waist up, Storm looks like she’s just fallen out of a sweeping 19th-century epic love story on Masterpiece Theatre, while the rest of it is crisp and summery, yet still romantic. It’s a successful—and unexpected—mash-up, and we want more. 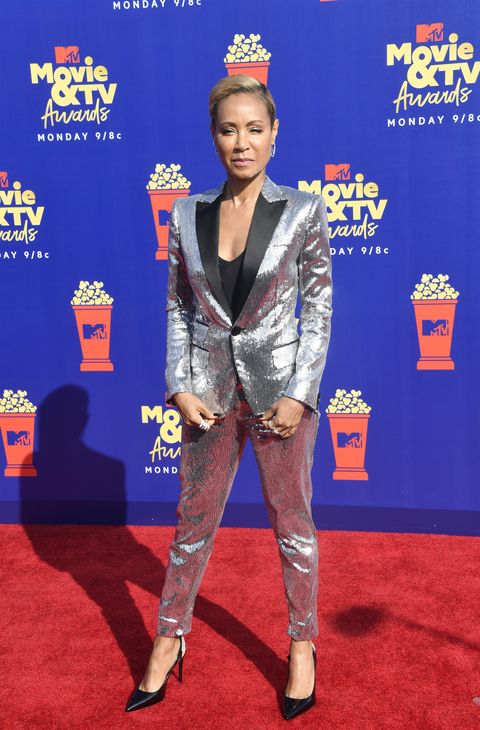 We sort of wish JPS had shown up to accept her Trailblazer award wearing JUST a blazer, because we love a pun. But we can’t be mad at her for hitting this mark so well: Her sparkly suit is totally festive and makes her look like a complete boss. We’d expect nothing less. 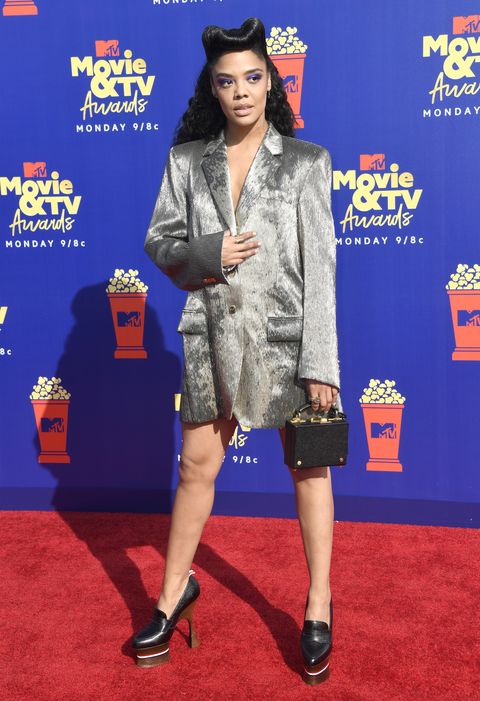 Tessa is definitely someone who gleefully experiments on the red carpet on the regular (hanging out with Janelle Monáe may have inspired some of that recently, as they share a flair for the visually dramatic). But Tessa is also promoting the new Men in Black installment, and therefore it’s highly appropriate that she arrived dressed as a glamorous defense lawyer on her way to the galactic high court. 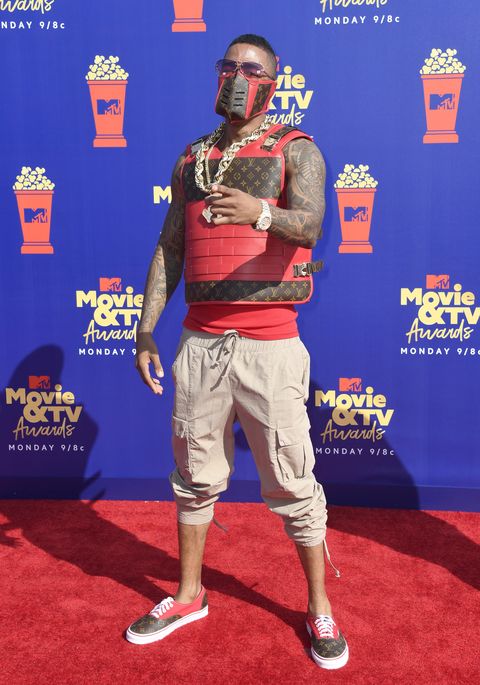 Listen, do we understand what’s happening here? We do not. We are flummoxed by this entire situation. But we do know one thing: When the world eventually burns, at least Nick is going to be expensively prepared. Even when it’s the end of the world, a man has to have his priorities straight. 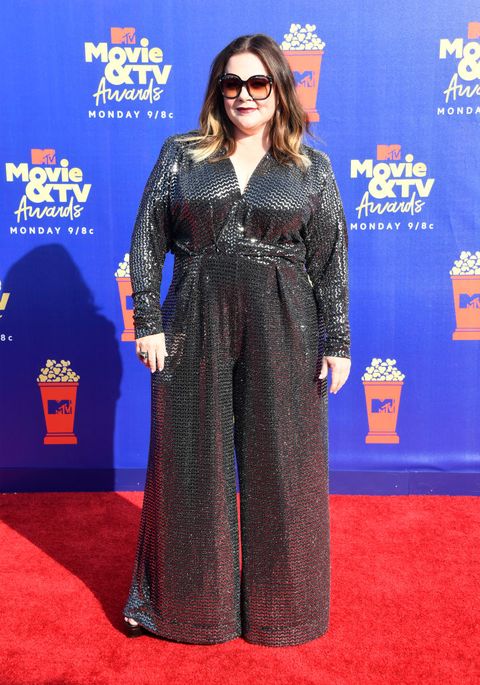 We are surprisingly into this wide-leg disco jumpsuit on Melissa; maybe it’s the light chevron pattern, maybe it’s the vampy lipstick with the loose, wavy hair, maybe it’s the sunglasses. Most likely, it’s all of them together—a happy convergence of the right outfit and the right styling on the right person. 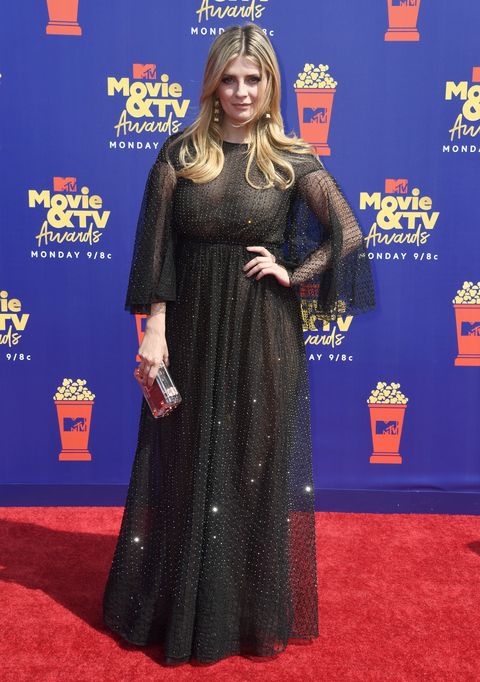 Cheer up, Mischa! Okay, yes, The Hills is not quite The O.C., but it sprang from the loins of a show that was basically the reality-TV version of The O.C., and that’s…not nothing! Pack away these widow’s weeds. 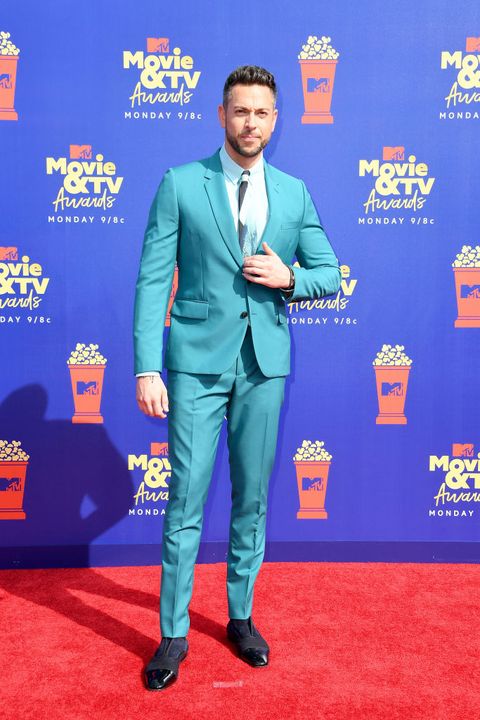 Zach was MTV’s host for this event, and he definitely didn’t slink into the auditorium. We applaud a man who decides to go Full Miami to any event and we salute his commitment to the color teal. (That’s eight words we definitely didn’t think we’d be writing this weekend.)

Most Hallucinatory: Kiernan Shipka in Fendi 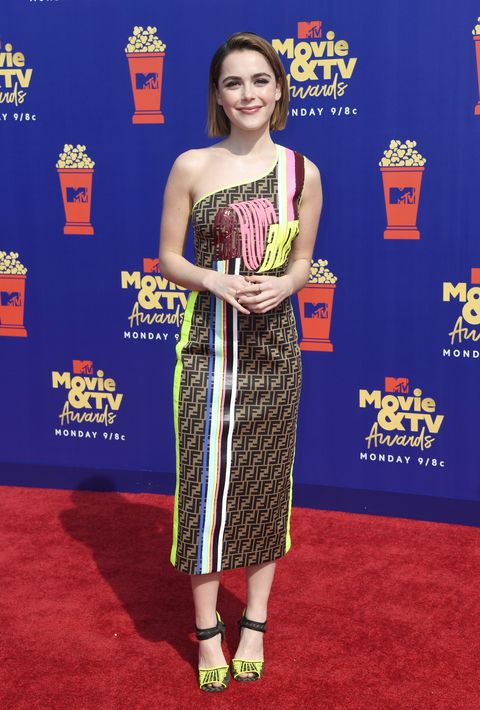 She stars in a show about a teenage witch, so it makes sense that our reaction to seeing the erstwhile Sally Draper here is to wonder if she slipped us some kind of funky potion. This looks like someone shoved one of the Oompa Loompa scenes from the original Willy Wonka movie, where they sing as a bunch of trippy words fill up the screen, into a tote bag. That’s neither the flashback nor the earworm we were hoping for today. 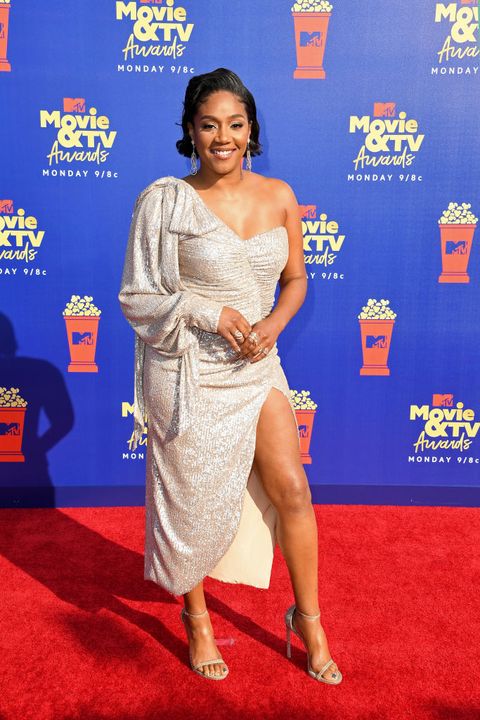 This reminds us of a Project Runway offering where the designer, in a total panic, stopped doing one thing and started doing everything: There’s a big sleeve! A random bow hanging down all over her! A sweetheart neckline! Off-center and off-kilter ruching! A giant slit! Imagine if she’d kept the sleeve and then worked that retro vibe throughout. 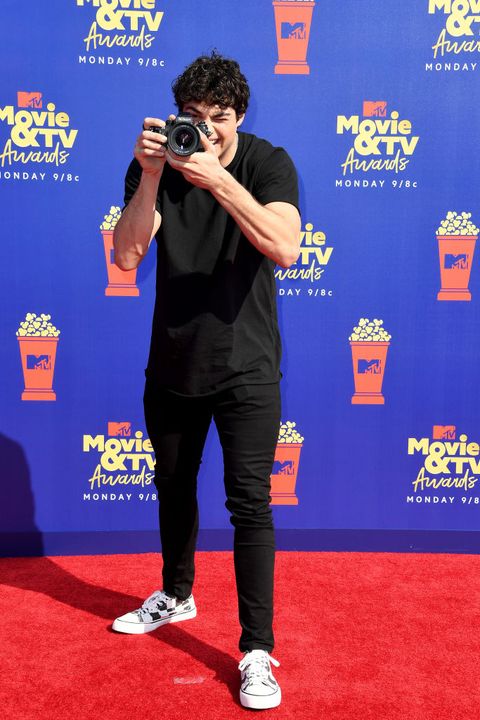 Dude, did you miss the memo? Menswear is interesting now. Menswear is happening. Men, in menswear, are making an effort to live up to the bar that women have been setting for years. Get with the times—and get a friend who will stop you before you go to an awards show sporting any old T-shirt.