Home » Fashion » The Sex Adviser Will See You Now. On Instagram.

She’s a perfectly coifed brunette, wearing a silk green blouse, sitting in an armchair in what looks like someone’s living room. Her feet are planted on the floor, her hands neatly folded across her lap. She could be a high-school history teacher conducting an online class.

Except she’s talking about the ever-elusive, much mythologized G spot.

And she’s teaching on MasterClass, the education platform that has a select list of celebrity instructors like Martin Scorsese and Serena Williams.

“What’s the big deal about sex?” Emily Morse asks on camera, calmly, as though she’s just told her students to turn to Chapter 1.

In many ways, Ms. Morse’s business — the business of sex expertise — was designed for a pandemic. Even before lockdowns began, she spent most of her workdays on her own in small recording rooms, answering variations of the same question: what to do at home when you’re bored. 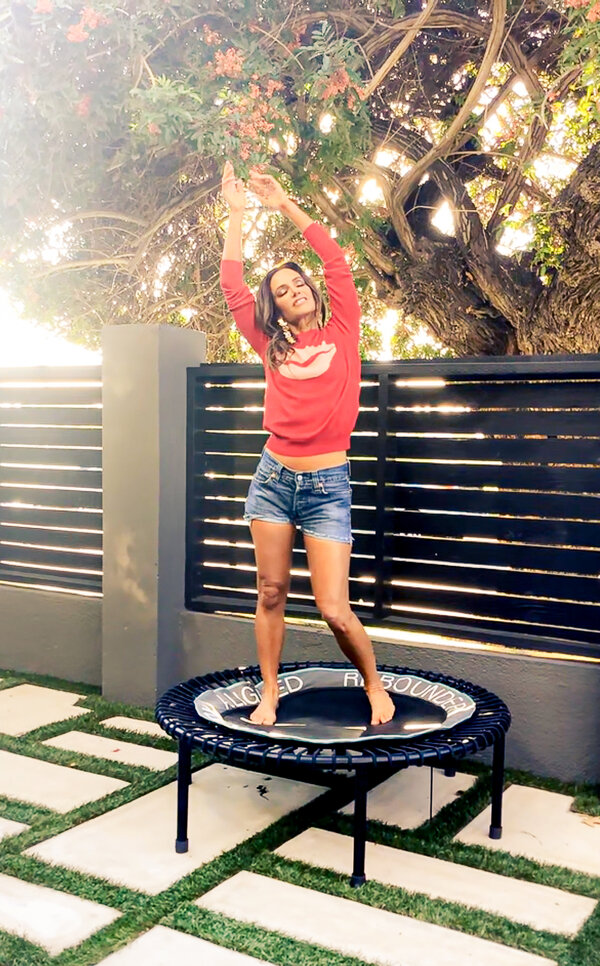 Ms. Morse also hosts a podcast, “Sex With Emily,” addressing listener questions that range from the common (how can I keep the spark alive?) to the niche (how can I safely get into swinging?); a daily two-hour radio show on SiriusXM; and regular live Q. and A. sessions with her more than 300,000 followers on Instagram — twice as many as she had before the pandemic. She also gave sex toy advice to Conan O’Brien on his show on TBS in April and joined the actor Dax Shepard on his new podcast, “The Armchair Expert.”

“I think she’s doing a great service,” said Sari Cooper, a licensed New York-based sex therapist. “She’s taking away the stigma of talking about it. Most people maybe make jokes about this stuff, but they don’t really talk about it in detail to their close friends.”

While Apple or MasterClass don’t reveal traffic or streaming numbers for a podcast or a course, Ms. Morse’s podcast is consistently highly rated, an average of 4.5 stars, and listener questions have increased significantly, she said in a recent interview. Her course has, since it was introduced in November, made it to MasterClass’s “Most Popular” list, putting her next to Shonda Rhimes’s teaching writing for television and the French Laundry chef Thomas Keller’s cooking lessons.

“People are craving connection and intimacy,” she said. “At the same time, couples are really struggling and so many people are experiencing stress and anxiety at alarming rates. So they’re all ready now to prioritize pleasure.”

On every platform, her work is focused on destigmatizing sex. “The name ‘Sex With Emily’ is intentional because every time somebody has to say the word ‘sex,’ it takes away the stigma a little bit,” she said. It’s also about amplifying pleasure for every body, and every gender identity.

On any given day, she’s dispensing practical advice, including how to clean sex toys and how to close the “orgasm gap,” along with step-by-step guides for specific moves and tricks.

“What stood out for me was that she’s so accessible,” said Nekisa Cooper, the vice president of content at MasterClass. “I can totally see myself having a conversation with her about my most intimate things that I never thought that I would say, and asking for help and support.”

MasterClass selects and invites instructors to join its platform, making decisions based on their “mastery” of a craft, their personality and an openness to sharing and opening up their process so that “the content finds itself squarely at this intersection of learning, inspiration and entertainment,” Ms. Cooper said.

Ms. Morse’s success today isn’t a story of an enterprising influencer jumping in at an opportune time. She started her podcast 15 years ago, at a time when podcasts were described by The New York Times as a “primarily amateur internet audio medium” and at a time when not many people were talking on them about sex and different sexualities in an open way.

She realized early on that she could leverage her platform to sell products, long before Instagram was founded or the word “influencer” became common.

The steady growth of her podcast suggested to Ms. Morse that, despite a long line of trailblazing sex therapists before her — like the iconic Dr. Ruth — despite a growing sex toy industry, and despite easily searchable answers on the internet, people are still uncomfortable talking about sex, particularly when it comes to female pleasure and organs.

Much of that mystery boils down to what she calls “False Evidence Appearing Real” or F.E.A.R. “Right now only 17 states in America require sex education to be medically accurate,” she said. “And when they do teach it, it’s often more fear-based — it’s about abstinence or S.T.D.s or pregnancy — but never in any of these classes is it about pleasure.”

Pornography sites have been places people turn to for answers but, Ms. Morse said, that’s like “learning to drive by watching ‘The Fast and the Furious’!”

Ms. Morse recorded her first podcast episode in the summer of 2005 in her apartment in San Francisco. Until that point, right after graduating from the University of Michigan with a Bachelor of Arts in psychology, she had worked in politics and as a video producer, most notably helping out on the mayoral campaign of Willie Brown in 1995, and later documenting Mr. Brown’s re-election bid in 1999 in “See How They Run.”

Ms. Morse was still freelancing as a video producer when she decided to invite a few friends to her apartment to have some wine and share their sex stories while she recorded them, driven by “50 percent curiosity and 50 percent envy,” she said.

“I’ve always been a curious person, but the envy part came in when I heard people talking about the amazing, mind-blowing sex that they were having,” she said. “If someone said, ‘I had great sex,’ I would say, ‘Wait, back up. What exactly do you mean by that?’ I thought that perhaps I was the only one who was having sex that wasn’t that amazing. I thought I was broken.”

That first podcast episode, with a Brazilian bikini waxer and a man named Captain Erotica, got roughly 75,000 downloads, she said — formidable considering how new the medium was.

To finance her new project, she took out a loan; then cleaned houses, ferried friends around for cash (before Uber) and took on modeling gigs. She also put herself through night school for three and a half years to attend the Institute for the Advanced Study of Human Sexuality, from which she graduated in 2012. (The institute, of which the feminist sexologist Betty Dodson was also an alumna, was not without detractors; in 2016, California’s Bureau for Private Postsecondary Education denied its renewal application to continue operating educational programs, and it closed in 2018.)

Her business education was less formal: At one point, in 2008, Ms. Morse talked about one of her favorite new sex toys on her podcast and the next day, she said, someone from the company called her to say sales had just shot up. “I was like, ‘Oh!’ and then I just threw it out there and said, ‘Do you want to pay me?’ I didn’t even know what to charge,” she recalled. “But that’s when it occurred to me that, in order to really fund my business, I needed to align with these brands.”

She now counts We-Vibe, Magic Wand, and Adam and Eve among her regular advertisers.

As a result of Ms. Morse’s expanding recognition, her personal life has, at times, become a pain point. She’ll go on dates with men (she has never wanted to get married, she said) only to realize they were there just so that they could brag about it or that they were just expecting out-of-this-world sex. “If I’m a chef, are you going to expect that every time you come over, I make a souffle?” she said. “What if I want to make you a microwave dinner sometimes?”

Then came the pandemic, which shoved sex to the back burner for many.

Ms. Morse said her listeners range from 18 to 85 and that in general the questions they ask aren’t so different from the ones she got 15 years ago. “Every day someone’s faking an orgasm. Every day somebody is in a long-term relationship where they are not getting their needs met and they don’t know how to talk about it.”

There’s still so much focus on penetration even though “only 20 percent of women and vulva-owners have an orgasm through penetration,” she said. Arousal is not always indicated by physical states because people forget that “our brains are powerful sex organs.” People still worry that talking about sex means that there’s a problem in their sex lives, when in fact it’s the opposite because “the more we talk about sex, the better sex we’re going to have.”

The biggest myth of all, she believes, is the one that drove her to this field in the first place — that everyone is having amazing sex all the time. “Our sex and our sexuality is a process, it’s a journey,” Ms. Morse said. Not something that you “can tick off the list, like tennis lessons.”

In Her Words is available as a newsletter. Sign up here to get it delivered to your inbox. Write to us at [email protected].

Holiday Shopping From Home? This Gift Card Hub Has Something for Everyone