Fashion Week is a fine moment to make an entrance. This is the case whether you’re an up and coming label or a more established brand which has never staged a full-on runway show.

Emotive and impactful, a fashion show (all six to eight minutes of it) can be a powerful way to distil the essence of your brand. Or to put it another way, show off a little. 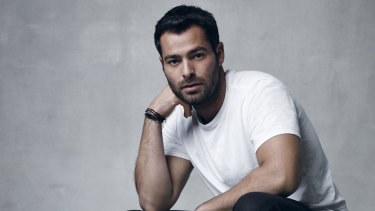 What’s more, thanks to social media, images and footage snapped from the front row can instantly go viral, putting your brand on a global stage no matter which (of the many) fashion weeks around the world you show at.

This is, in part, why LA-based (via New York City) fashion designer Jonathan Simkhai is choosing to make his Mercedes-Benz Fashion Week Australia debut during this year’s event. 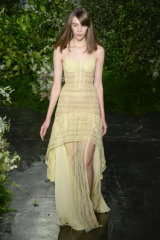 A look from Jonathan Simkhai.

Simkhai says Instagram has made the world, and definitely the fashion world, smaller.

“We can show in Sydney and know our US and international buyers will still see the footage on social media. It feels like a great way to experiment without fear of people not seeing the collection… you can pick a place that feels meaningful as opposed to where the most American editors will be,” he says.

Simkhai sees a synergy between Sydney and LA (and indeed the brand already has traction in the Australian market via its website, and is stocked in Myer), sharing a “confidence and a bold sensibility” in the way women dress.

Simkhai is known for his intricate lace work (his Iranian grandfather owned a lace mill and this heritage has inspired some of his collections), frills and feminine touches. The resort collection he will show in Sydney will introduce leather in bright colours and sunset-like prints. It takes inspiration from the Emerald City’s “magic hour”.

“The time right before the sun sets and everybody has that glow, everything looks so beautiful. In Sydney the sunsets are so amazing and I wanted to show the collection in this environment at its most magical,” says Simkhai, who will show his collection at North Bondi Surf Lifesaving club on Tuesday.

Pip Edwards from P.E Nation is making another kind of debut. While Edwards and her design partner Claire Tregoning have staged a static presentation and group show before, this week will mark their first solo runway show. The show will debut a new denim range and reveal what Edwards promises is a “very exciting” collaboration in the show’s finale on Monday afternoon. 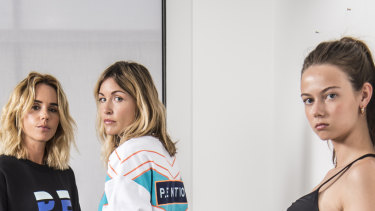 Edwards, who says she thrives on the pressure the many moving parts of staging a runway show creates, wants the show to be an immersive experience.

"You can't translate that through a look book," she says.

Meanwhile, for sisters Ilona Hamer and Peta Heinsen from label Matteau, staging their first fashion week presentation this week feels right for cementing what their brand stands for. 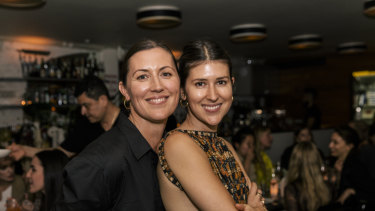 "We felt the timing was right to create and showcase more of the Matteau world … [it] is so much more than just swimwear and resort wear for us. It's about a certain taste in style and ideas … and a point of view that we want to explore further with our followers," says Hamer.

"Our presentation is based on curating the life of the Matteau woman and the ideal wardrobe she takes when she goes somewhere warm … and taking the viewer to somewhere they would rather be," adds Heinsen.

The minimalist brand, which is made in Sydney, has a best-selling style in its square Maillot swimmers and takes inspiration from women such as Jackie Kennedy, Joan Didion and Lauren Hutton.

Mercedes Benz Fashion Week Australia kicks off Sunday May 12 and runs until Thursday May 16.