Home » Fashion » She Had a ‘Million’ Questions. He Had One for Her.

After going on a first date in August 2018 with Ondrej Antos, Nina Umont told a friend that she was going to marry him.

“There are times when you don’t know how to start a conversation with somebody, but this was not one of those times,” said Ms. Umont, 30, a calligrapher and artist whose business, Sandelin Designs, is in the San Francisco Bay Area.

“I thought he was so smart and I was interested in everything he talked about,” said Ms. Umont, who graduated from Reed College and received a master’s degree in linguistics from McGill University.

Like Ms. Umont, Mr. Antos, 32, the chief executive and a founder of Klarity, an artificial intelligence start-up company based in San Francisco, could not stop talking about the great conversations they shared during their six-day chat fest on the dating website Bumble.

“We had a super-wide-ranging conversation on all kinds of topics,” said Mr. Antos, who graduated from Masaryk University in the Czech Republic, where he was born and learned English at a young age, and received a Master of Laws degree from Harvard.

“She was beautiful and had such great style,” Mr. Antos said. “She was also a very talented artist with a great sense of humor. I was mesmerized by her.”

Having texted, talked or emailed around the clock for nearly a week, both were wide-eyed and wired for their first in-person meeting at a restaurant in Menlo Park, Calif.

“I was tired but I couldn’t sleep,” Mr. Antos said.

“Neither could I,” Ms. Umont said.

“It was a perfect night,” Ms. Umont said. “We got along so well, and at one point, he asked me if I knew anything about red wine and I said yes,” she said. “That was a lie, but I was just doing my best to impress him.” 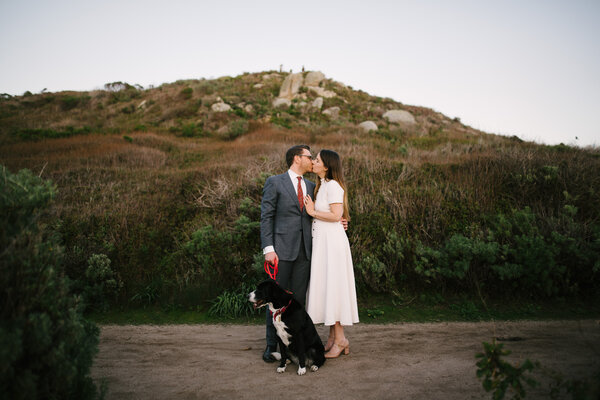 Just after dessert, Ms. Umont asked Mr. Antos if there was anything else he wanted.

Ms. Umont quickly obliged. “From that moment on, we were an exclusive item,” she said. “We were always meant to be.”

In August 2018, Mr. Antos invited Ms. Umont to the upcoming November wedding of a best friend.

Again, she did not hesitate, nor did she ask where the wedding venue was located.

A few weeks before the wedding, Mr. Antos asked Ms. Umont if she was looking forward to it.

The wedding, he told her, was in New Delhi.

In the ensuing weeks, as feelings for each other grew deeper and deeper, the writing was on the wall: “We knew we were meant to be,” Ms. Umont said, “and that one day we were going to get married.”

They were engaged in March 2020 on Mount Diablo, a mountain in the Bay Area. Mr. Antos had originally planned to propose during a vacation in northern Italy the following month, but the coronavirus changed those plans.

Before the pandemic, Ms. Umont and Mr. Antos had hoped to marry in the Czech Republic, surrounded by family and friends, but are now planning a ceremony there for 2022.

They were married in the United States on March 27, in an outdoor ceremony in Carmel-by-the-Sea, Calif. Nischal Nadhamuni, a friend of the groom who became a Universal Life minister for the event, officiated.

“He’s such a fascinating guy,” the bride said of the groom. “I guess I’ll never stop asking him questions.”