The Queen posed for the portait last year, but it was only released officially yesterday. The photograph was taken by Royal Family photographer Chris Jackson on behalf of the Canadian Government for the Queen’s official Canadian Portrait.

The image shows the Queen smiling and clasping her hands while wearing a white dress.

She also wears the Belgian Sapphire tiara and the Sapphire Suite – the latter being a gift from her beloved father on the occassion of her wedding to the other most important man in her life, Prince Philip.

The gift comprised antique sapphire and diamond necklace and earrings.

The young bride loved the gift, and added to it with a bracelet in the 1960s. 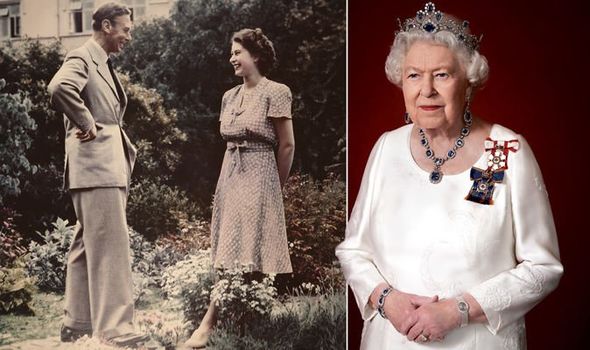 She has also made changes to the necklace over the years, shortening it and adding a pendant.

The tiara was not part of the set, but the Queen felt the Suite was missing a finishing touch, so purchased one herself in 1963.

Made from a necklace which previously belonged to Princess Louise of Belgium, the diadem has become a favourite of Her Majesty’s.

The tiara has a clear point at the apex – a giveaway as to its original life as a double duty necklace and tiara.

Sapphire is a favourite stone of the Queen’s – and she has many pieces featuring the blue jewel, often choosing them for official portraits.

Earlier this year, she wore a Empress Maria Feodorovna’s Sapphire Brooch for another portrait.

The brooch dates back to 1866. During that year, King Edward VII and Queen Alexandra (then the Prince and Princess of Wales) presented the brooch to Alexandra’s sister Minnie to celebrate her marriage to the future Emperor Alexander III of Russia.

Following her marriage, Minnie went on to be known as Empress Maria Feodorovna, which is how the piece got its name. 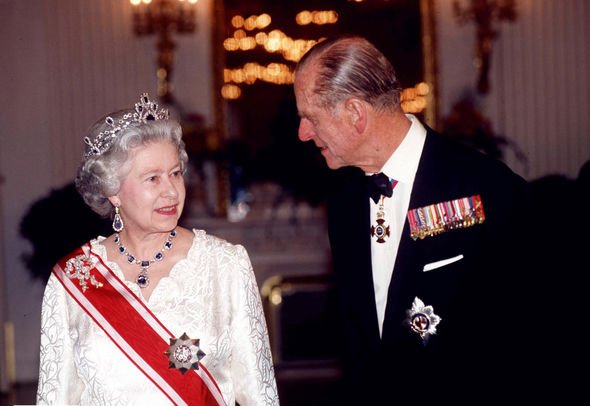 It is a cabochon sapphire brooch surrounded by two rows of diamonds, and has a pearl drop hanging from another diamond.

The brooch is one of the few pieces that survived after Minnie was forced to flee Russia following the murder of her son, Tsar Nicholas II, and the abolition of the Russian monarchy.

She made her way to Denmark, and the brooch passed to her daughters upon her death in 1928.

They decided to sell various items at auction, and the brooch was bough by Queen Mary – an avid collector. 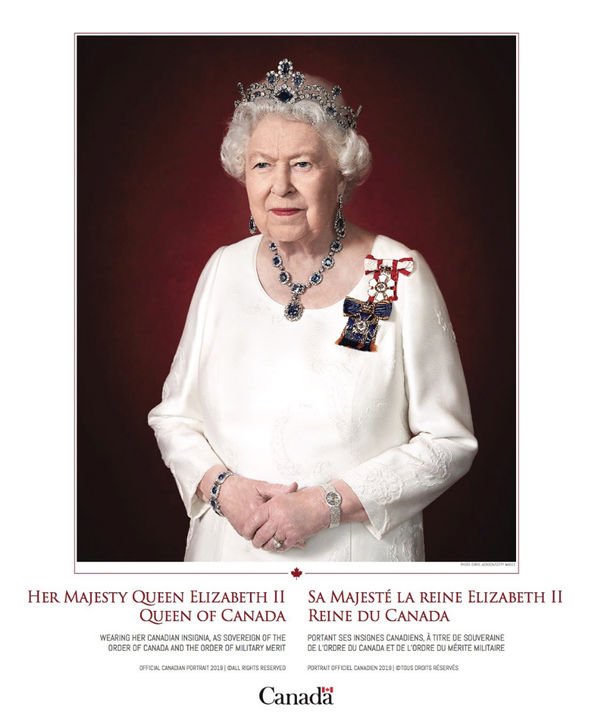 Queen Mary was the wife of Minnie’s nephew, King George V, so her purchase of the item kept it in the family somewhat.

Upon her death in 1953 , all of Mary’s jewellery went to the Queen, and remains in her possession today.

Clearly a fan, the Queen has been seen in the brooch throughout the decades, from the 50s to today. Its most prominent appearance over the years has been at a celebration of her Silver Jubilee in 1977.

Mindy Kaling Is Having a Lot of Fun With Her WFH Outfits, and We Wouldn't Expect Anything Less