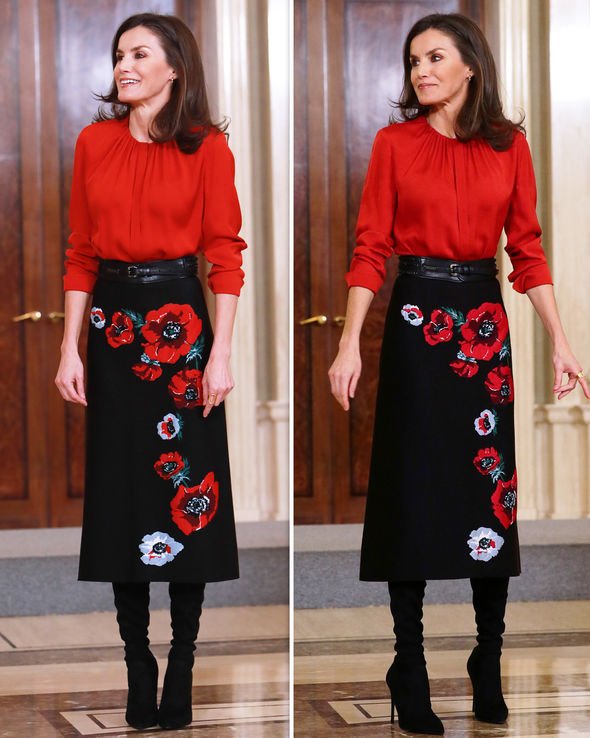 Queen Letizia of Spain turned heads as she wore a bright red long-sleeved shirt today. The royal stepped out to attend several audiences which took place at Zarzuela Palace in Madrid. She completed the look with a recycled black floral skirt and black knee high boots.

Queen Letizia showed off her stylish wardrobe by with the bold red and black outfit.

The thrifty royal opted to wear pieces from her wardrobe she has been spotted in before.

The piece, that she recently wore during an outing in November, had a high neck and ruffled detailing at the top. 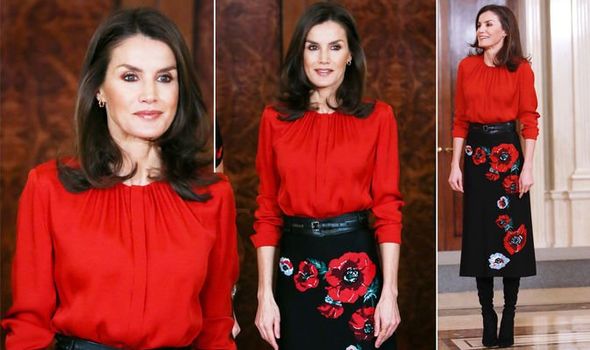 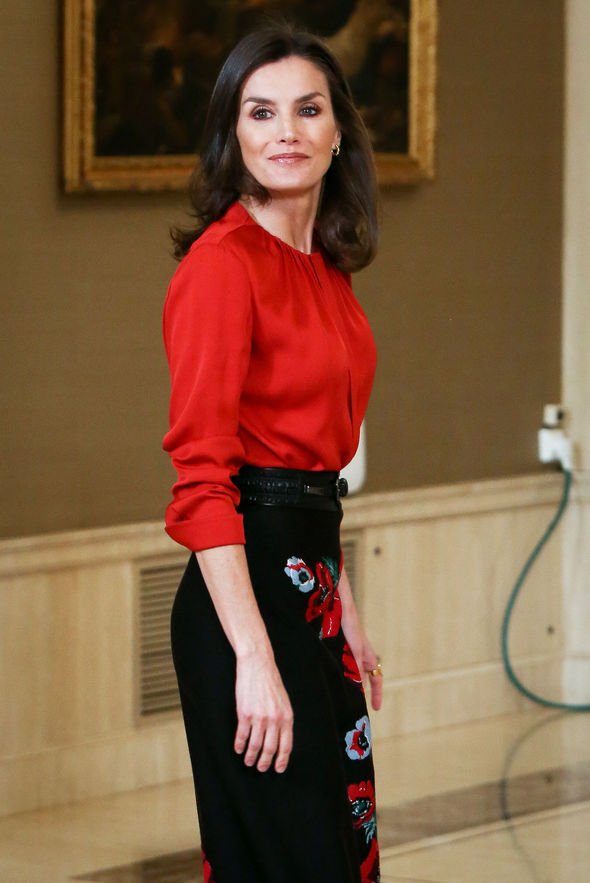 The garment had a loose fit and Letizia gave it a casual feel by rolling up her sleeves.

She showed off her svelte figure with a fitted black high-waisted skirt, from Carolina Herrera, with similar designs costing £476.

The black pencil skirt had a floral design with an embroidered poppy across it and held it up with a black leather belt.

The garment cut off just below her knees and showed off a pair of knee high boots.

The slouchy black boots had a suede design with a stylish thin high heel.

The Spanish monarch accessorised the look with a gold oval ring and a small pair of gold hoop earrings.

Queen Letizia wore her short brown locks down and styled in a bouncy blow-dry.

She opted for casual make-up look with a brown lipgloss and lashings of mascara. 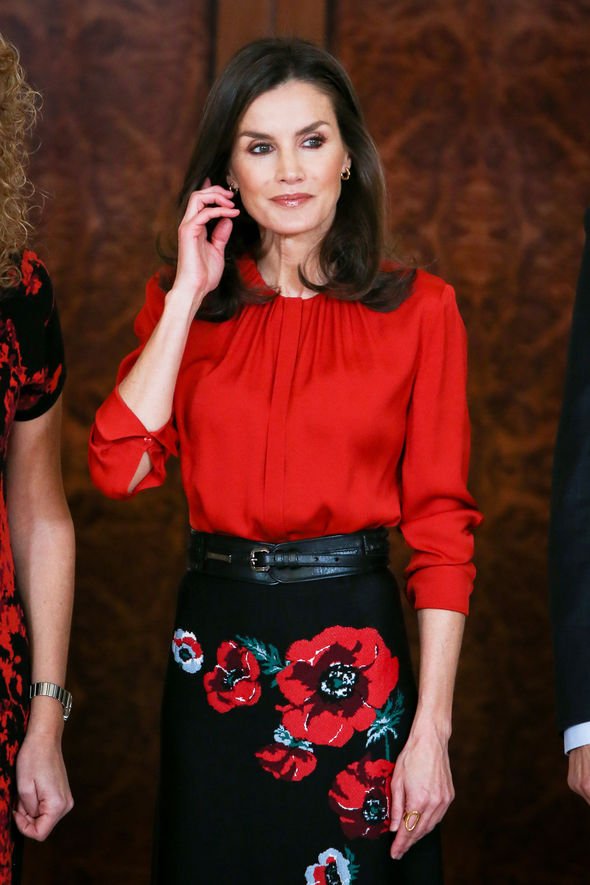 Last week, Letizia made her first public appearance after taking a break over the Christmas period.

She joined her husband, King Felipe VI, as the attended Spanish army celebrations at the Royal Palace in Madrid.

For the glamorous occasion, Letizia opted for a floor-length blue tuxedo dress. 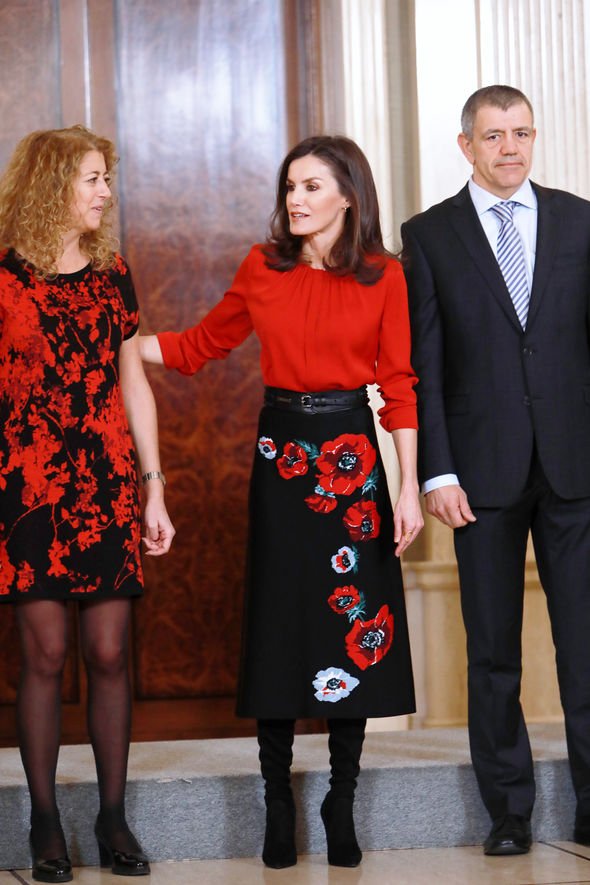 Queen Letizia showed off her slim figure with the dress that had a wrap design that pulled her in at the waist.

The stylish garment had a v-neckline and large slit down the side of the skirt.

She finished the look by wearing a pair of navy blue stiletto high heels.