A PSYCHIC who claims he predicted the coronavirus pandemic and Donald Trump's defeat has looked into his crystal ball for 2021.

South Londoner Nicolas Aujula, 35, spoke back in 2018 of an “influenza” disaster dominating the world – a vision which he now believes foretold the Covid-19 outbreak, the effect of which has been likened to Spanish flu. 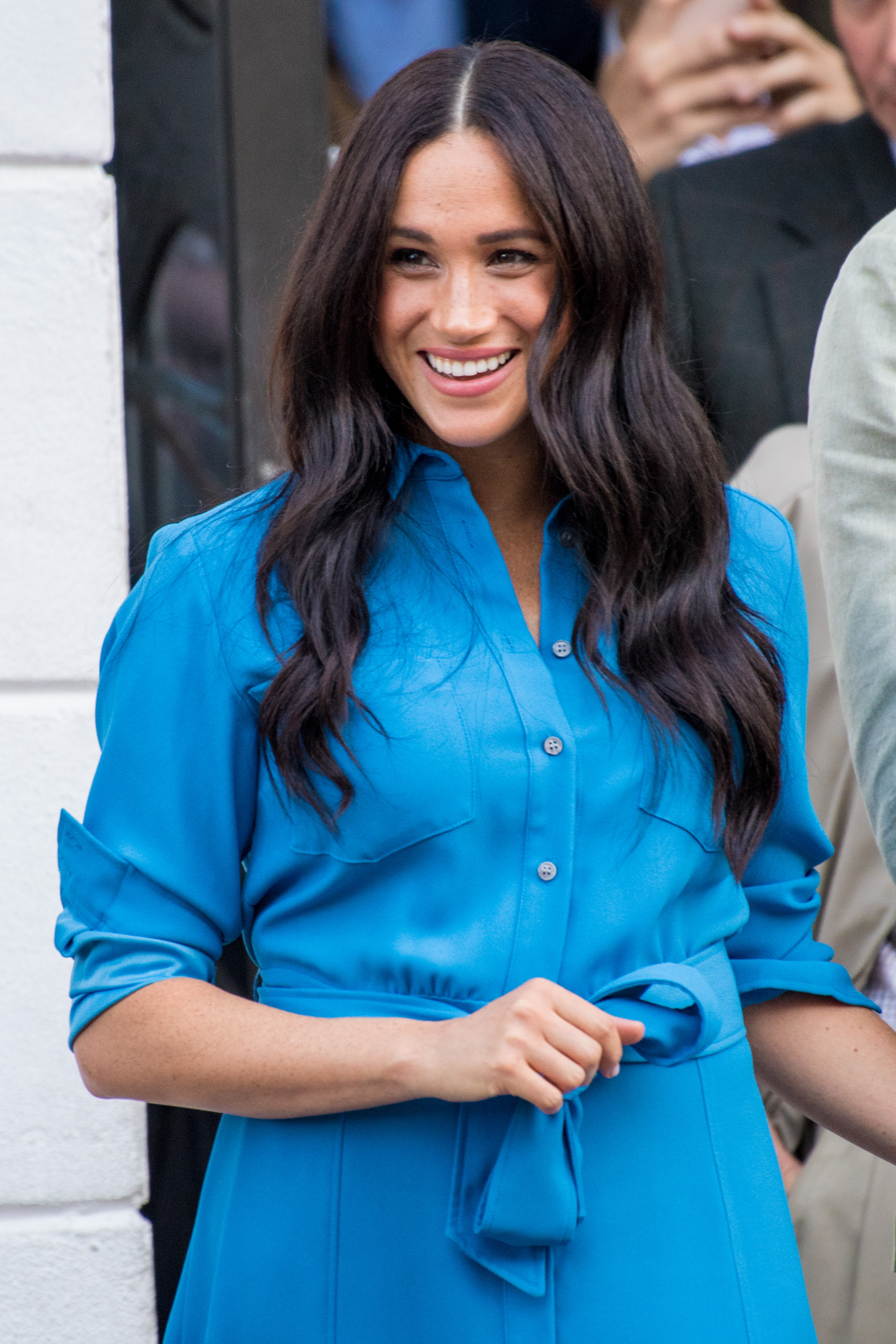 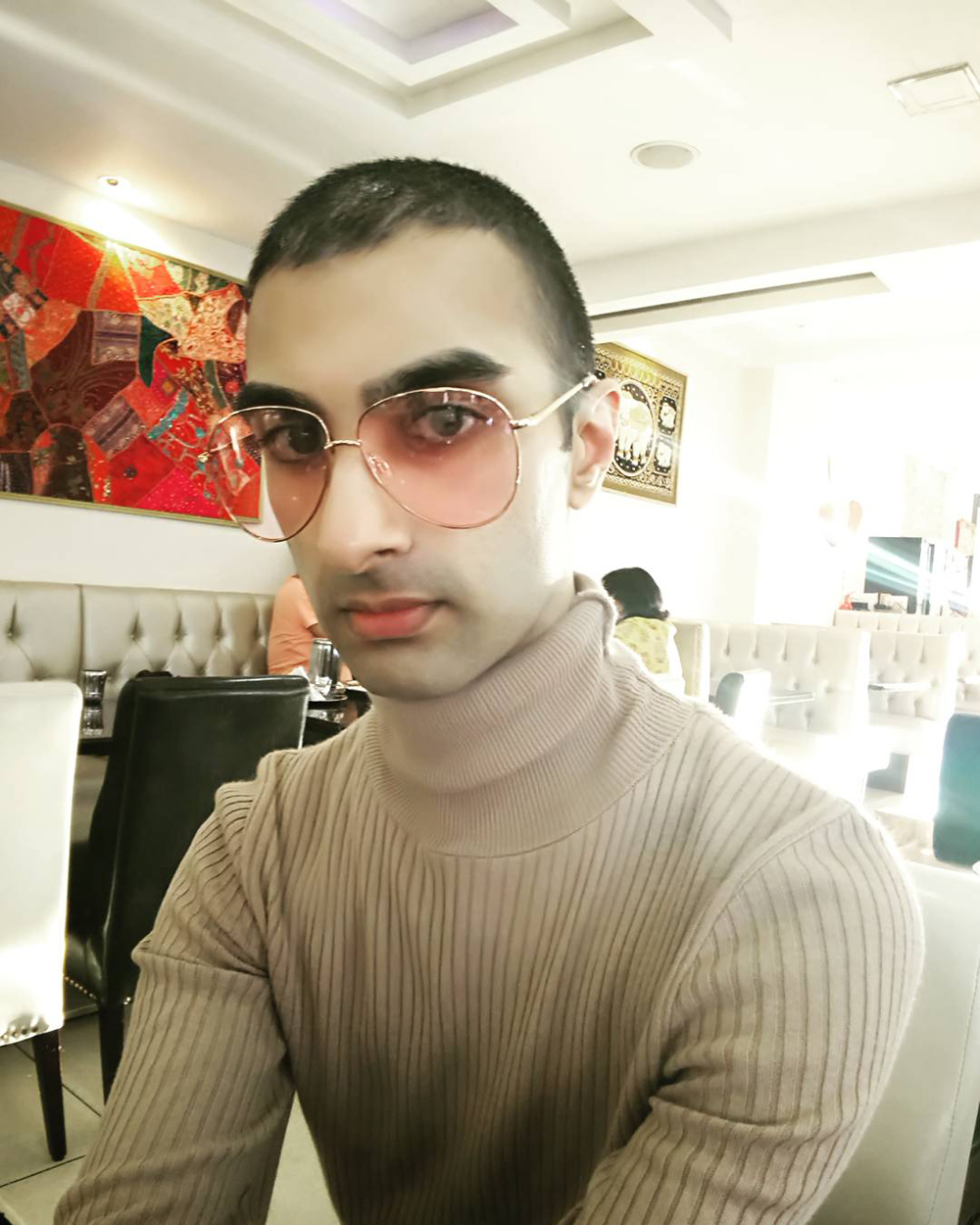 He also predicted Trump losing the US election, as well as global protests – both of which happened in 2020.

Now the past life regression therapist, hypnotherapist and psychic astrologer has looked ahead to 2021 and beyond, saying: "Some of my visions are very literal.

"Others are more symbolic and open to interpretation, almost like a dream with a hidden message.

“One thing people have asked me about a lot this year is the coronavirus. I have visions of it plateauing after the new year and infection rates being right down to the point where they are under control by the spring. 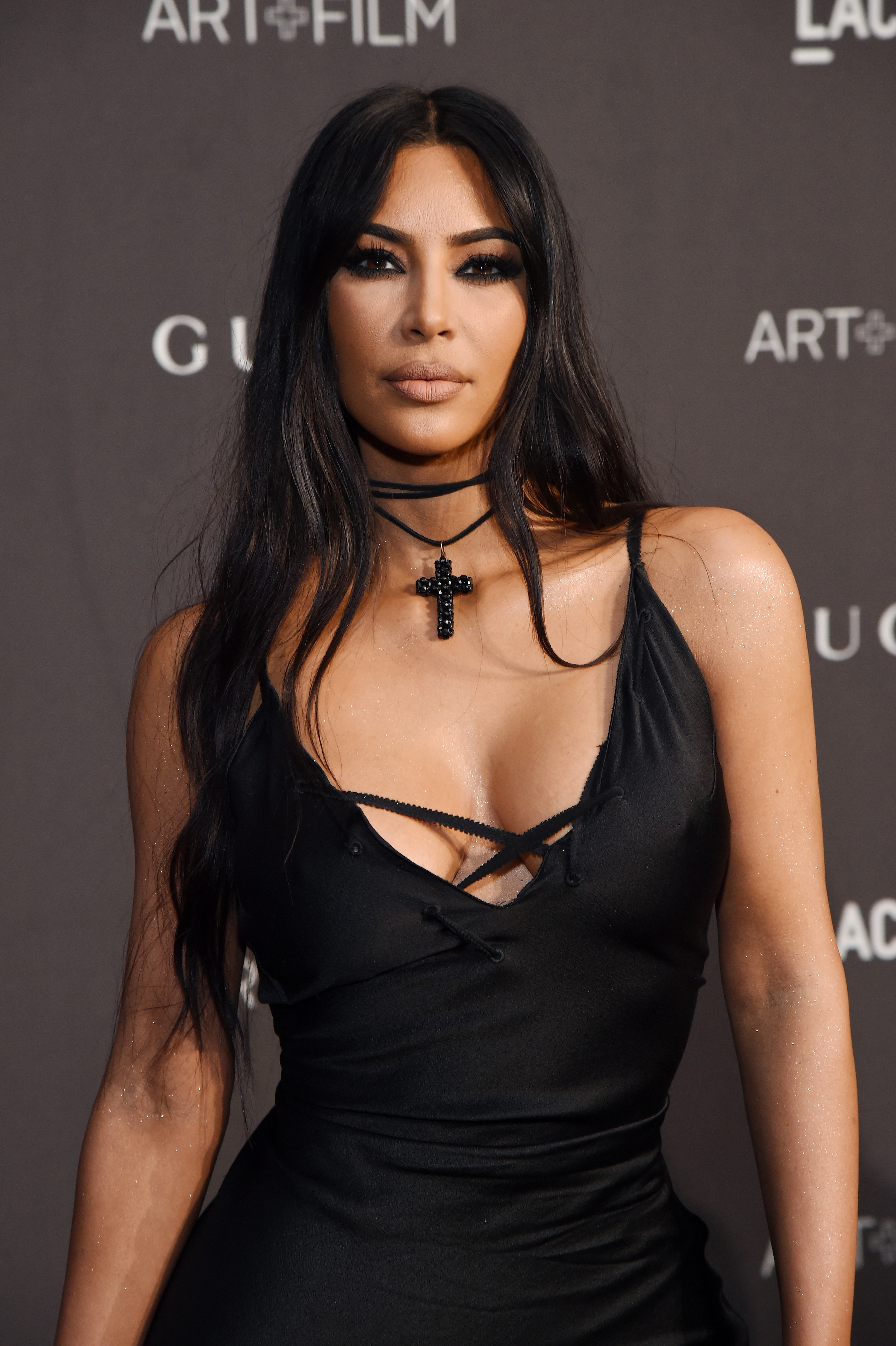 “But, I predict that the panic and restrictions around the virus will go on until 2022.”

Nicolas’ forecast for 2021 also sees protests around the world continuing for the next two to three years and includes visions of civil unrest.

He also predicts a mass movement of people, with “thousands” moving countries in one go.

“I’m seeing people moving somewhere for a better life, almost like a mass exodus. I’m not talking a few hundred – I mean thousands,” he said.

Elsewhere, he has seen visions of Rishi Sunak resigning, a fire raging through New York, USA – and potential heartbreak for three A-List celebrities. 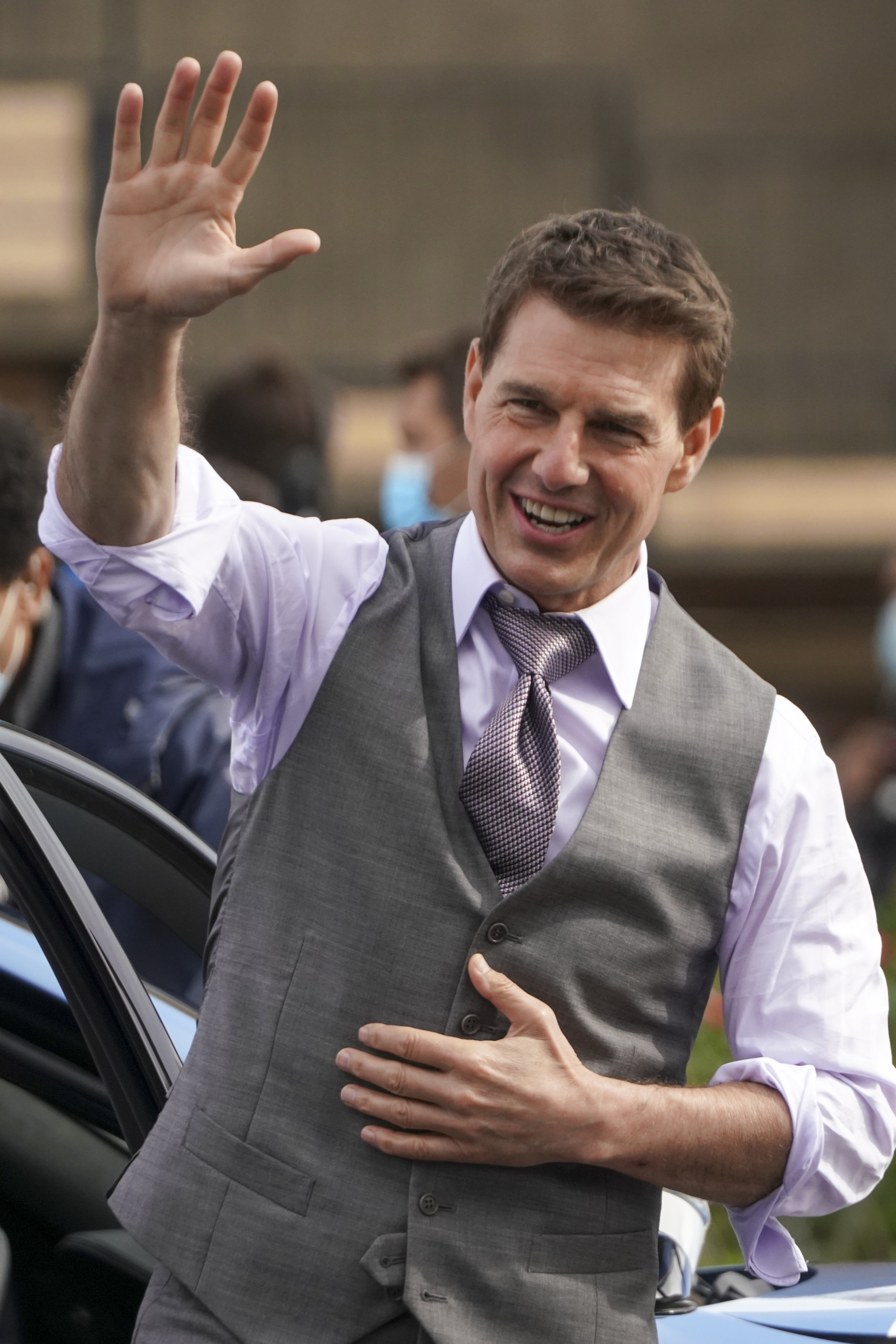 “I keep getting the words ‘Tom Cruise’ and ‘heart’ coming to me,” he said. “Maybe that’s literal and he’ll be poorly with a heart problem, or maybe it’s metaphorical and he’ll go through a break-up or something.

“I’m also seeing romantic heartache for Natalie Portman and Kim Kardashian. Who knows, maybe she will split with Kanye West?”

Some of Nicolas’ more light-hearted visions include Peter Andre relaunching his music career, a new Harry Potter book, and a digestive biscuit going viral for reasons that are, as of yet, unclear to him.

He also sees big things on the horizon for the Royal family.

He continued: “I’m getting visions of Meghan Markle appearing on screen somewhere, doing some sort of tell all interview, where she spills secrets about the Royal family.

“I’m also seeing another baby for her and Harry.”

Worryingly, some of the predictions he has spell trouble and heartache in the year ahead. 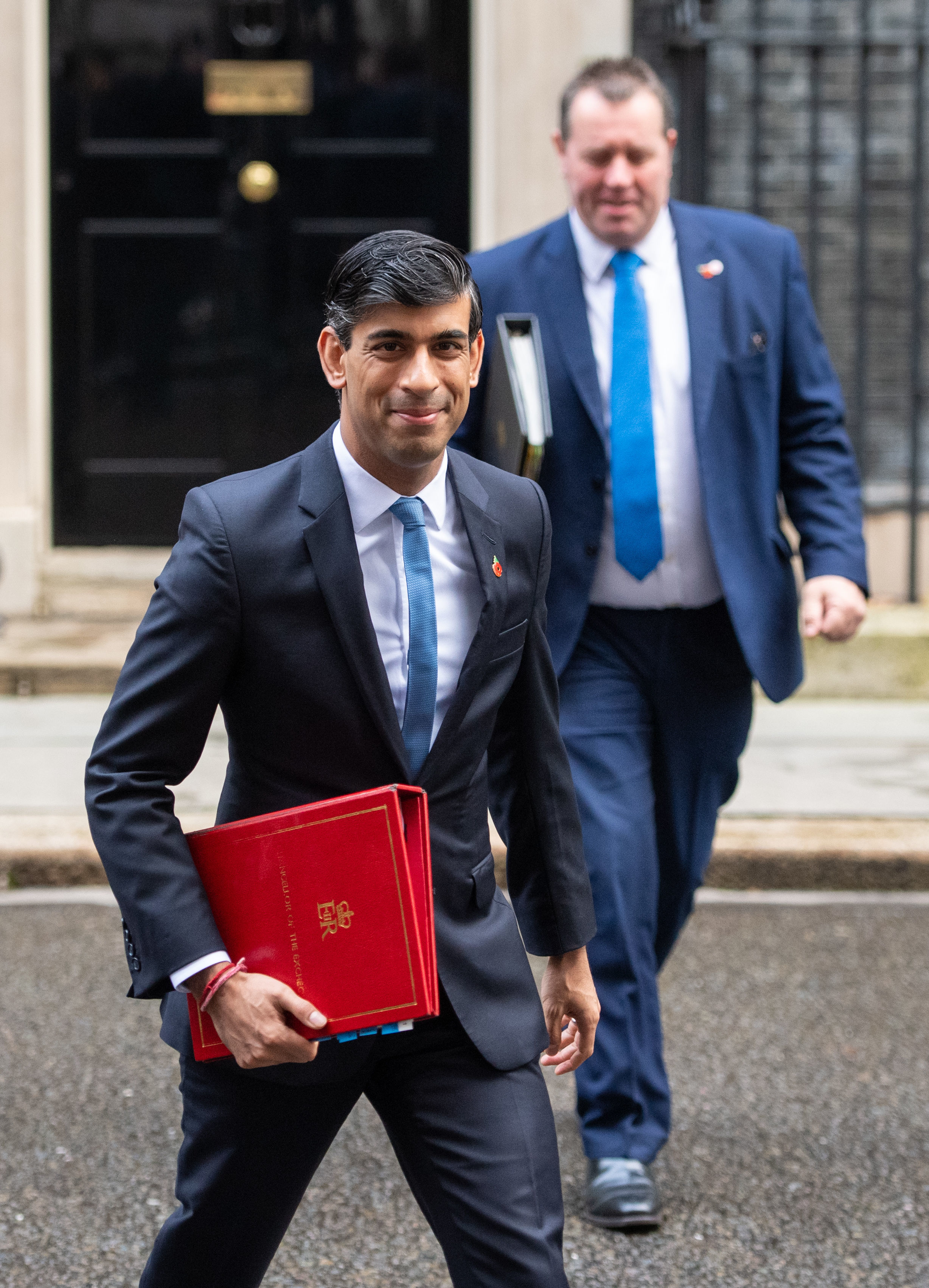 “I have had a couple of quite horrid visions – one of a male world leader being assassinated. I couldn’t see who it was, but sensed it sent shockwaves through the world. Obviously I hope that doesn’t come to fruition,” he said.

“I’ve also had a vision of a world summit being plagued by a sex scandal and, a rise in far-right politics, particularly in southern Europe, the Middle East and Africa, and a volcanic eruption leading to major weather changes.

“And I've had the words ‘pig flu’ come to me and seen images of mass panic. I don’t think it will be another virus, but I can imagine the reaction will be alarmist, given what’s happened this year.”

Nicolas, who believes he was an Egyptian queen and a lion in past lives, first became aware of his psychic talents as a child, but had his first truly overwhelming experience when he was 17.

Still unable to explain what happened, he said: “I had this almost out-of-body experience and I was able to see several of my past lives. 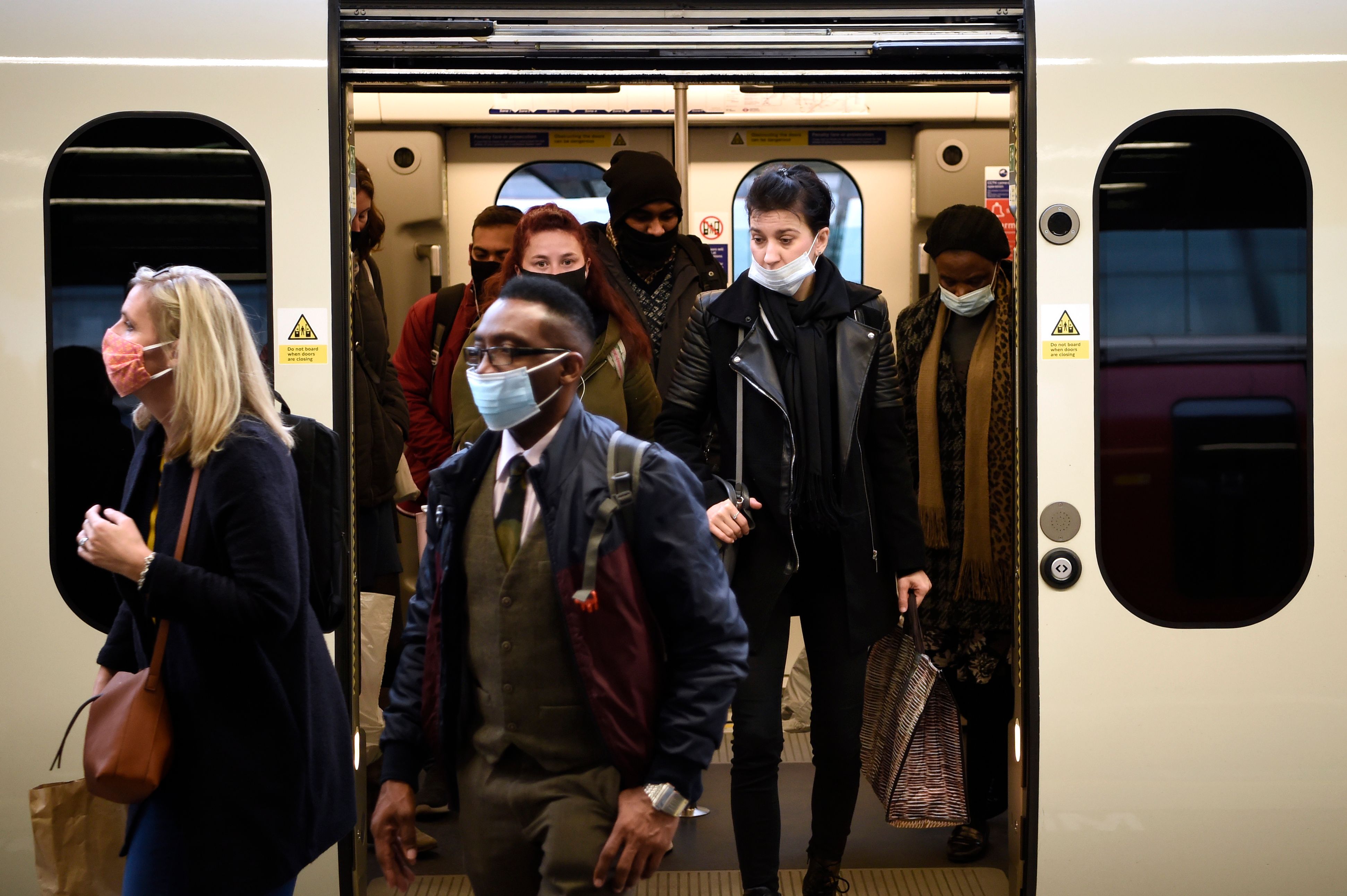 “There’s no logic to it, but I knew what I was seeing was me in a previous life.

“I’ve had thousands of past lives. I’ve been an Egyptian queen, a maid, a teacher in the French Revolution, a deer, a lion and even lived in another galaxy.”

So inspired by the experience that he scrapped his plans to study history and economics at university, instead, Nicolas trained as a past life regression therapist.

Since then, he has had regular visions, some of which come to him through dreams and others that strike when he is out and about.

And he believes his gift has helped him to predict some of the most newsworthy events of recent times.

He explained: “Back in 2018, the word influenza kept coming to me. It stuck in my mind, as it’s not a word I’d use. If I was talking in everyday life, I would just say flu. 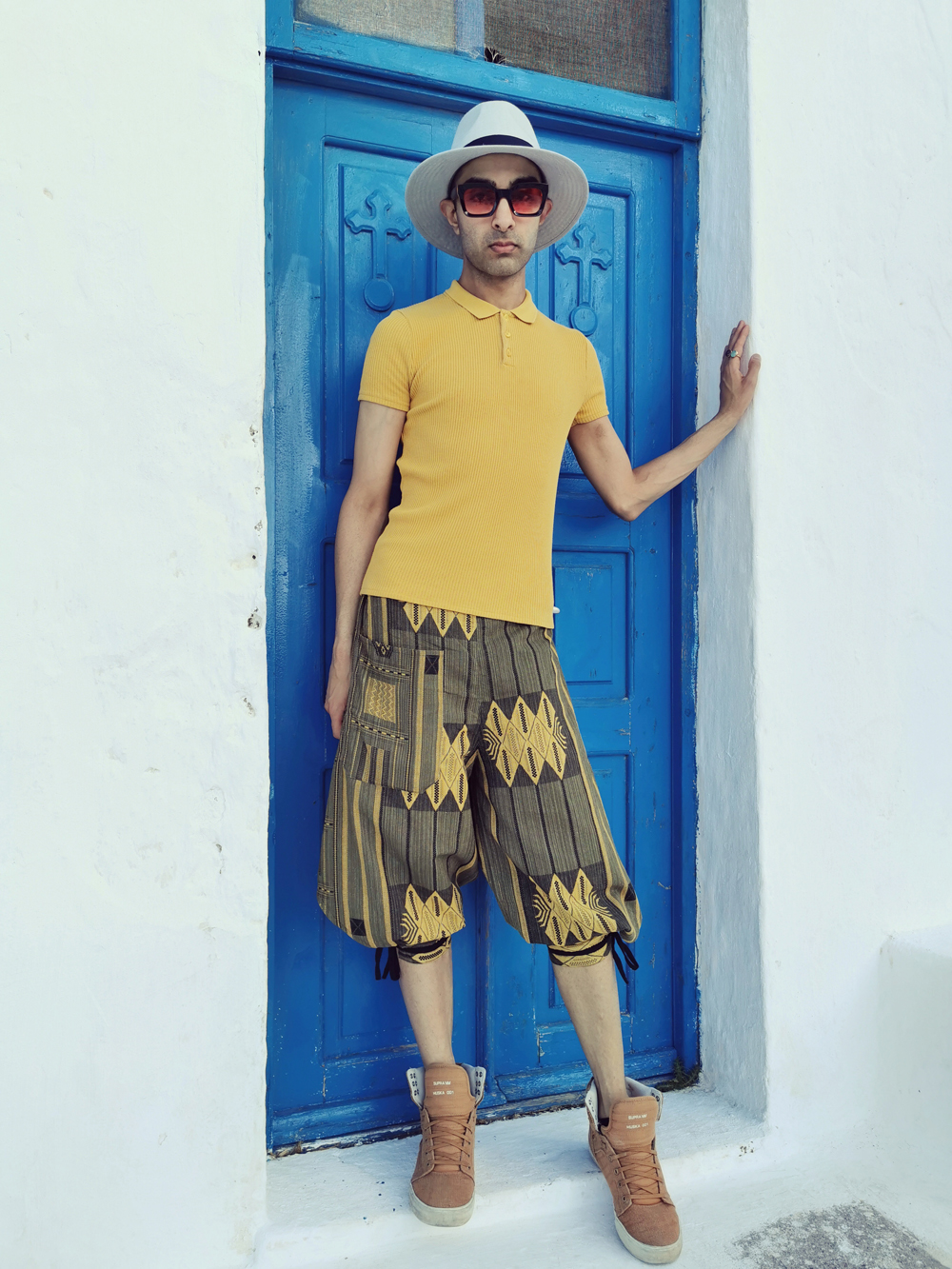 “I saw it as a global disaster, linked to meat or livestock.

“The Covid-19 pandemic has been compared to the Spanish flu outbreak, hence the word influenza, and some people think it originated at a wildlife market in Wuhan, China.

“I also envisioned the defeat of Donald Trump. The US election was obviously very neck-and-neck, so it was surreal seeing my vision come true when Joe Biden finally took the lead.”

In addition, Nicolas believes that a vision he had in 2019 of global protests is partially linked to the Black Lives Matter movement.

Also, an image that came to him of a cupcake-style garment was actually of a dress singer Ariana Grande wore to the 2020 Grammy’s, which went viral.

He continued: “The image of protests that I saw is one that has now become very important, as all over the world this year, people have been taking to the streets, standing up and raising their voices.

“Black Lives Matter has been a huge movement, but there have been other protests around the globe too, such as those in France and Nigeria.

“One other thing I saw before 2020 was a hospital in flames. At the time, I thought it’d mean a literal fire – but now I think it might’ve been symbolic of the way the NHS, and health services around the world, were pushed to the edge by the virus.

“Similarly, I had a vision of World War Three, but perhaps that wasn’t a war between countries, but instead a war against Covid-19.”

Nicolas explained that, when he has a vision – particularly one that could be indicative of a newsworthy event – it is difficult to silence the logical side of his brain, which is battling to make sense of what he has seen.

Despite his remarkable predictions, he insists he is “not special” – instead believing that all of us possess the same abilities, but that scepticism prevents us from trusting them.

“All I do is tune in to something we all have,” he said. “We live in a logical world and so don’t always see these messages, but I think we all have that sixth sense in us.

“People write off little things like knowing the phone is going to ring, or that you’re about to get bad news as a coincidence,.

"But, if we step away from the distractions of modern life a bit, we might just be able to tune in to something deeper.”

And, despite being asked to many times, he is keen to stress that one thing he cannot do is predict the winning lottery numbers.

He concluded: “A lot of people are open-minded and intrigued by what I do, but of course, you do get sceptics.

“They say things like, ‘Why don’t you predict the lottery then?’ But I can’t control the visions I see and me winning the lottery won’t serve any purpose to the wider world. It's also not everyone's destiny to become a millionaire.

“I’m a sceptic myself and try to see both sides of the coin – the logic and the psychic. At the end of the day, though, I’m not hurting anyone in what I do, so sceptics, bring it on.”

And this is the star sign you should be hooking up with for the steamiest sex.

Slouch, wear tight clothes plus eight more things classy women should NEVER do, according to snobby billionaire matchmaker – The Sun

I haven’t shaved for seven years, not even for my wedding day – my mum calls me disgusting but I feel free