Home » Fashion » Primark worker shares secrets of the store, from what Code 4 REALLY means to why the shoe department can be a bit whiffy

IF you’ve ever been shopping in Primark and wondered what a Code Four means or why the shoe section smells a bit – an ex-employee has lifted the lid on the store’s secrets.

Rachel Kellie has been sharing her insider knowledge of the store, which she admitted she “probably shouldn’t be telling you”. 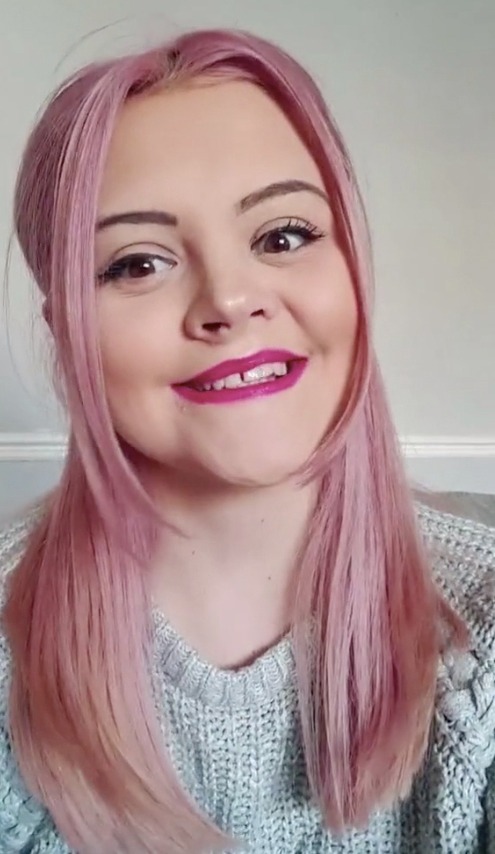 Rachel shares clips on her TikTok covering everything from their codes, common theft and a rumoured ‘burn book’ of banned customers.

Just like all stores, Primark has its share of shoplifters and Rachel revealed some of the tricks thieves use in store – which could explain why you’ve ever smelt cheesy feet when shopping.

Rachel, who used to work in the shoe department, said she could “make and entire series” after theft at Primark.

She said: “It doesn’t matter how cheap the items are, theft is massive. 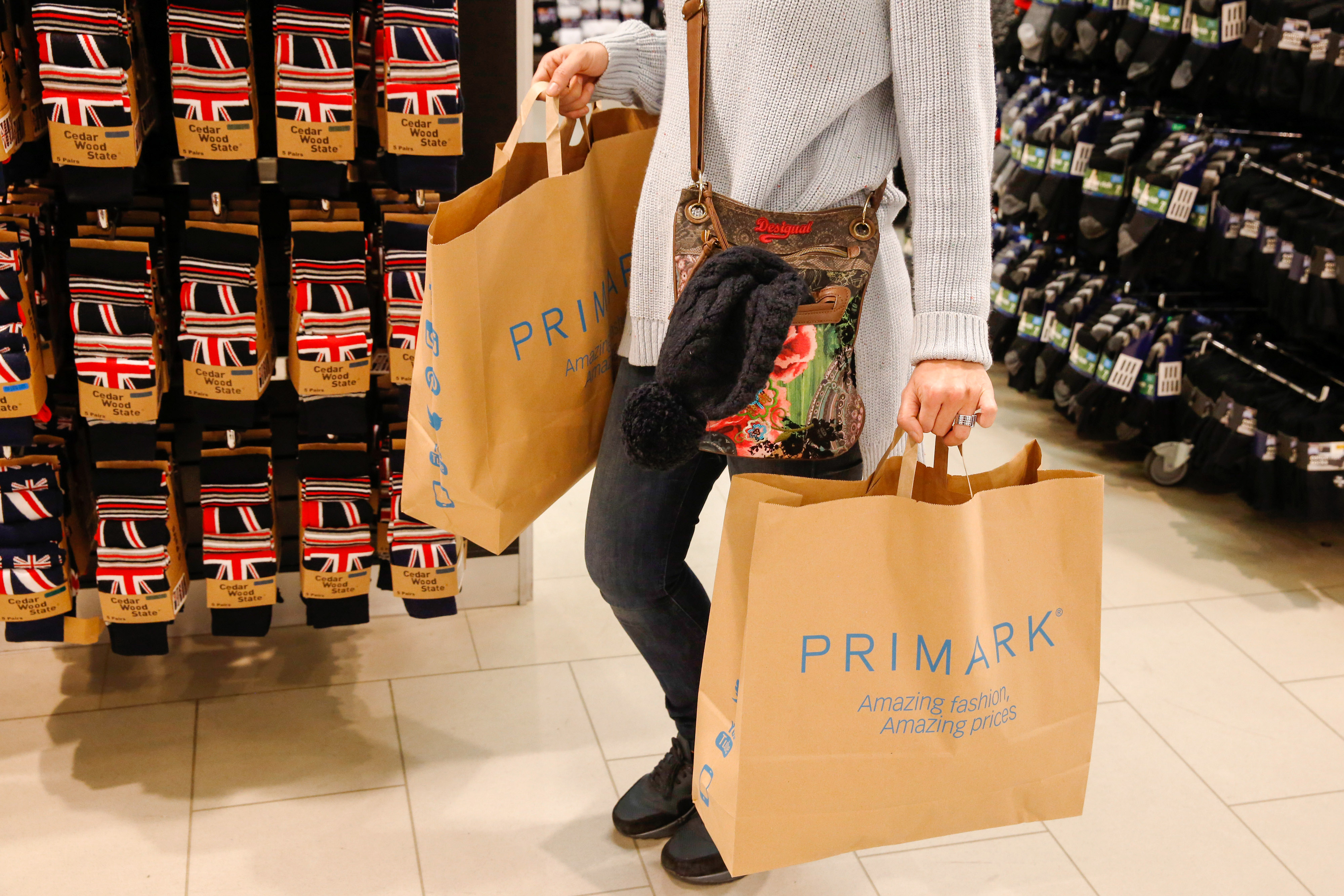 “Like people try and steal anything. Now there’s CCTV and security, and staff are trained in what to do. But it still happens.

"I worked in the shoe department for a long time and one of the biggest scams there were people bringing in their worn, holey shoes taking them off and replacing them with a new pair, and kicking the old shoes underneath the rack and leaving with the new pair.”

Usually Rachel would be alerted to the crime due to one thing – the smell. 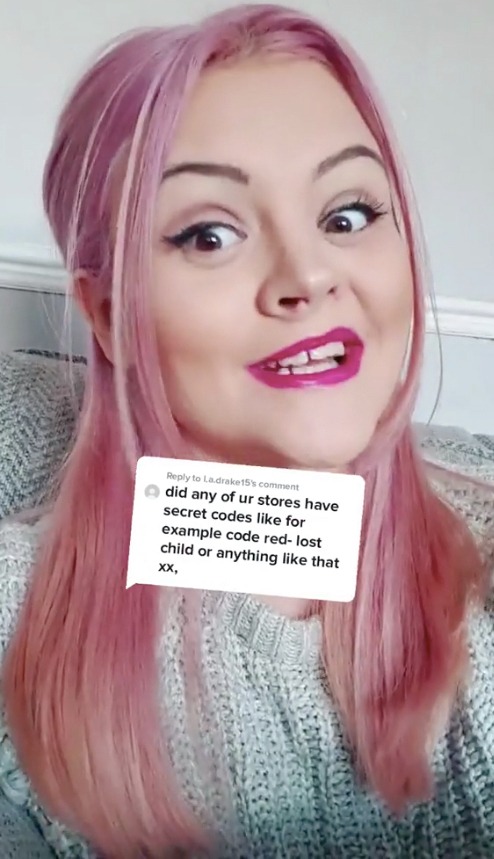 She said: “We did catch on to that one, but it was gross when you could smell something , and you’re like, what’s that. And you find out it’s someone’s old shoes.

“Often I wouldn’t discover them straight away so they’ve been sitting there a good few days just stinking.

If you’ve ever been in store and heard Code Four over the tannoy – head in the other direction.

Rachel revealed exactly what it means, saying: “I’m sure it’s fact by now that Primark have their own codes.

She revealed what some of them mean, with Code Two meaning ‘drink spillage’, Code Three meaning ‘general sweep’, and one to be avoided is Code Four – bodily fluid. 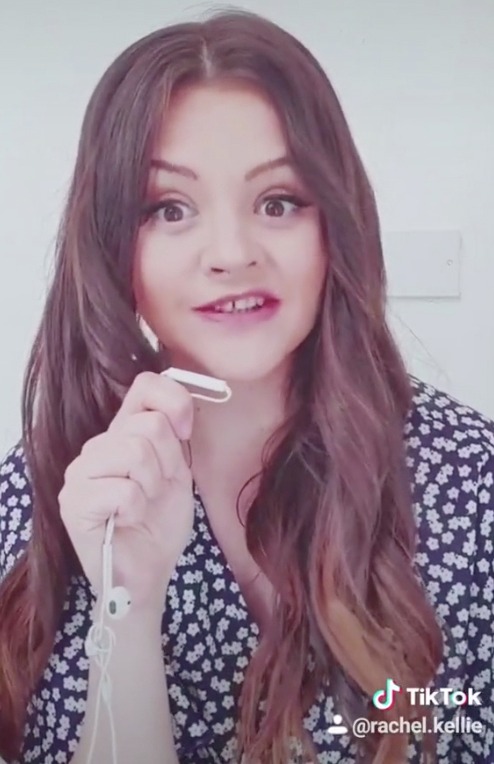 Rachel continued: “When it comes to missing children there’s a strict protocol, call security and call a manager and check CCTV. There was no code for it.

“Management made the decision not to make a code for that, because a child was nearly snatched from another department store just up the road, and the CCTV circulated on social media.

“Codes are easily decipherable and shared, so somebody could just work out what a missing child code meant, and just walk up to us and say yeah I’ve lost that child and take it.

“I know it sounds far-fetched but it was just to be safe.”

It doesn’t matter how cheap the items are, theft is massive.

And Rachel addressed rumours of a ‘burn book’ in stores, supposedly containing snaps of shoplifters.

She said: “Rumour has it there’s a book full of screenshots from CCTV footage of customers we’re not allowed to serve.”

Rachel said it came from an fellow ex-employee, and there is some truth in the tale. 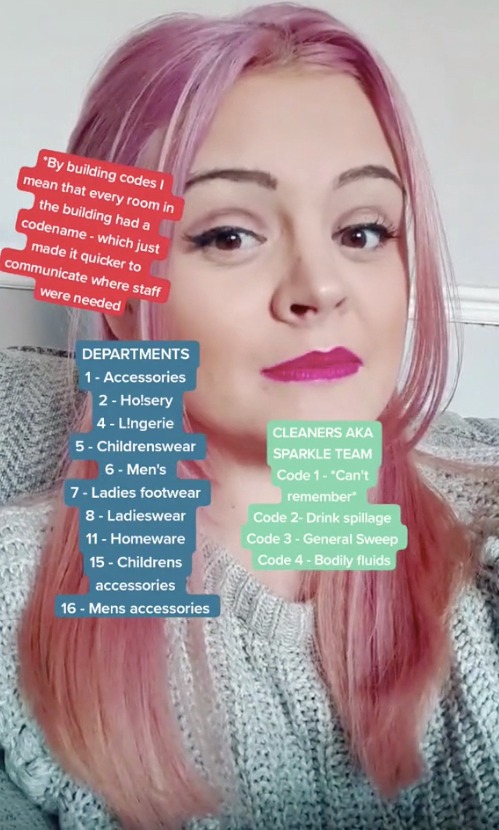 She said: “Now there was a book very early in Primark, in my store at least, where people that were known thieves, that we weren’t allowed to serve.

“And this was at the returns desk, however it very quickly got scrapped, no one really used it.

“You can’t look at every single customer who comes through, there’s thousands a day. So it just got scrapped.”

Rachel said while the book got forgotten about, she added: “If you’re a thief in Primark you’re already known to us, and we know what you’re up to.” 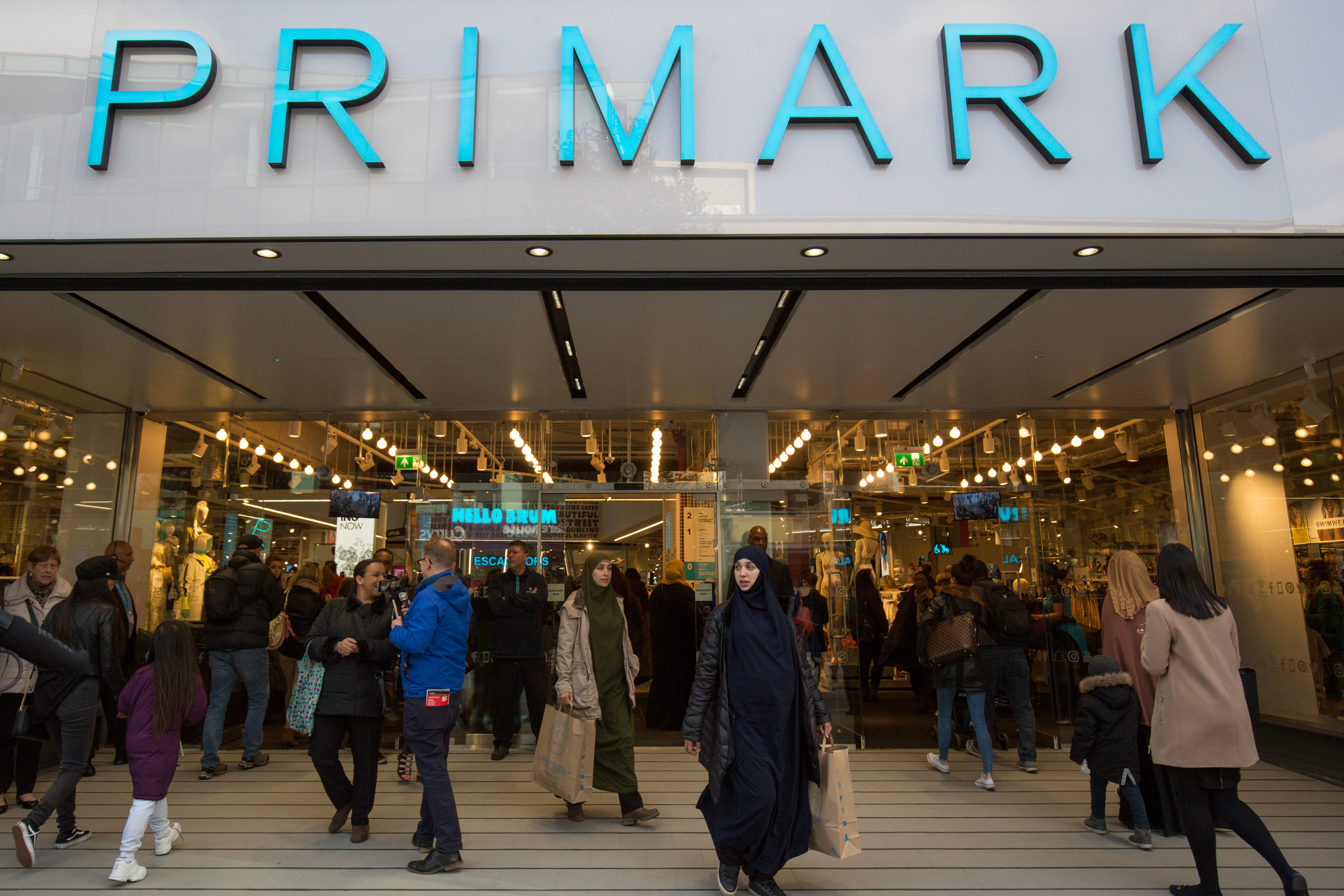 In one video, Rachel explains what one, two and three bells in-store mean, which often happen at the till.

She said: “If you’ve ever been paying for something at Primark and you suddenly hear a bell out of nowhere, well this is what it means.

“One long continuous bell meant we needed more staff members on the till floor which happened all the time, because Primark is hella busy.

“Two bells usually means that the person serving you needs help, the price change or something that you’re buying not coming up on a till.

“Basically it’s a problem that a manager or supervisor has to come and sort.

“And three bells is an emergency. Usually someone abusive at the till, although three bells don’t happen very often.”

So if you’re ever in line and hear a trio of bells – be aware.

Plus Primark’s sell-out £1.50 skincare range is back in-store with a new spot-busting serum to fight ‘maskne’.

And here are the Primark pants you should be wearing according to your star sign… and Gemini gets the famous £1 thong.