AS the old saying goes, beauty is pain.

From plucking our eyebrows to having to spend hours shaving our legs for silky smooth skin, there's denying fitting the modern-day standards can be quite painful. 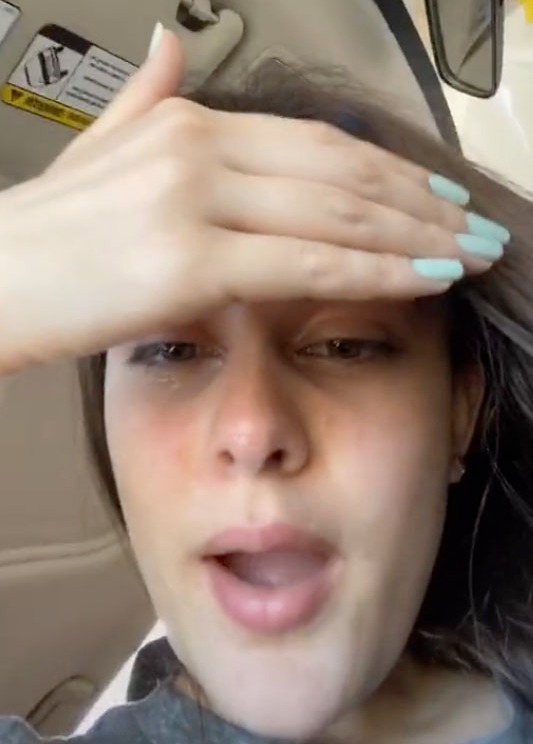 One woman knows it better than anyone else, after a visit to the local beauty salon left her with burns.

Sara Lissa, from Virginia, posted her teary reaction to the results on her TikTok, urging the viewers: “If you live in VB (Virginia Beach), don't get your eyebrows done at Nail Plus!''

The fashion-obsessed style guru said she went to get her eyebrows spruced up at the local nail salon where they, apparently, caused the skin around to burn.

With tears streaming down her face, Sara said not only was she left with burns all over but that the beauty technician had also done them not to her liking.

Despite the burns, there were some who thought the final result wasn't too bad.

For example, one TikToker wrote: “yo, they look good tho!'', with another agreeing: “for real…''

Apparently, Sara's not the only one to have ever found herself in a painful situation like this.

“I had to go to the hospital cuz it got worse!''

According to many, applying a layer of aloe vera is the perfect remedy, and it seems like Sara's burns went away after two weeks after dealing with a home-made recipe.

“For me, as soon as I came home, my mum put some egg whites and sour cream that she had.''

Enjoying these eyebrow fails? Girl left mortified after she tints her eyebrows but they end up looking humongous.

Don't feel like spending too much money on eyebrows? Woman shares clever hack to laminate your brows at home for a fraction of the price.

Meanwhile, woman’s bizarre eyebrow routine which uses a toothbrush leaves viewers divided – but some say she ‘deserves an award’. 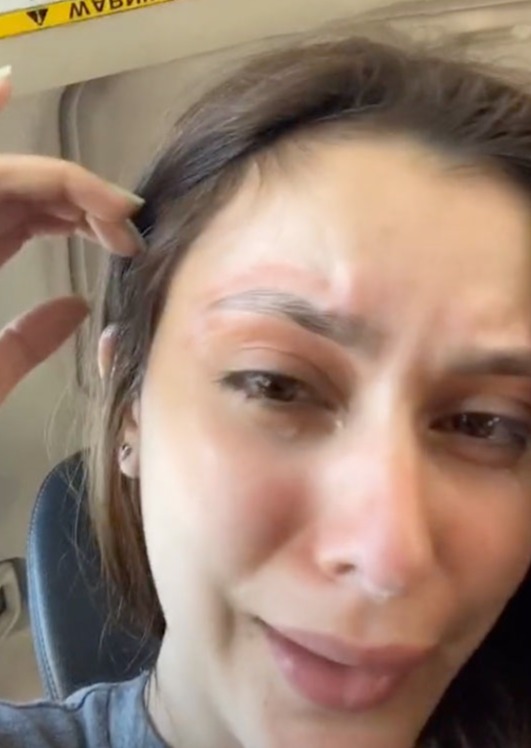 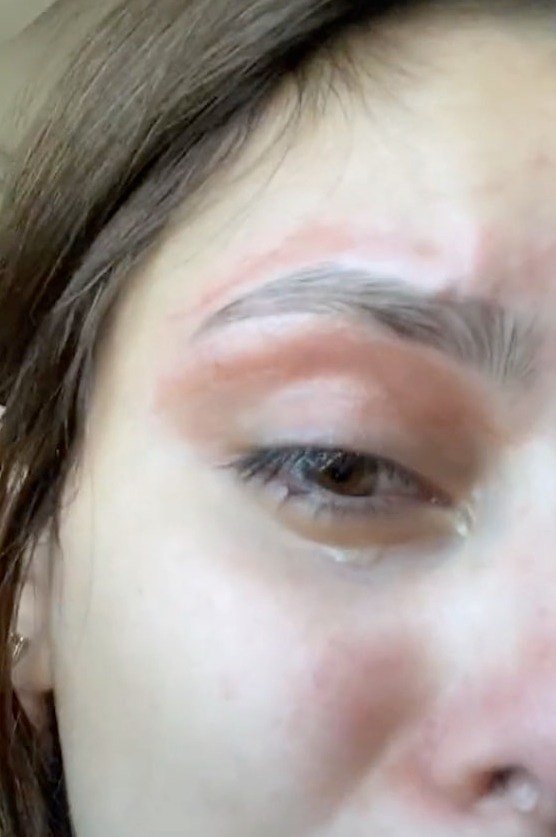