A MAN who died of bowel cancer at just 30 years old was told his symptoms were just due to constipation for months.

Nathan Pritchard was in agony, unable to go to the toilet or eat for three months but was reassured there was nothing seriously wrong. 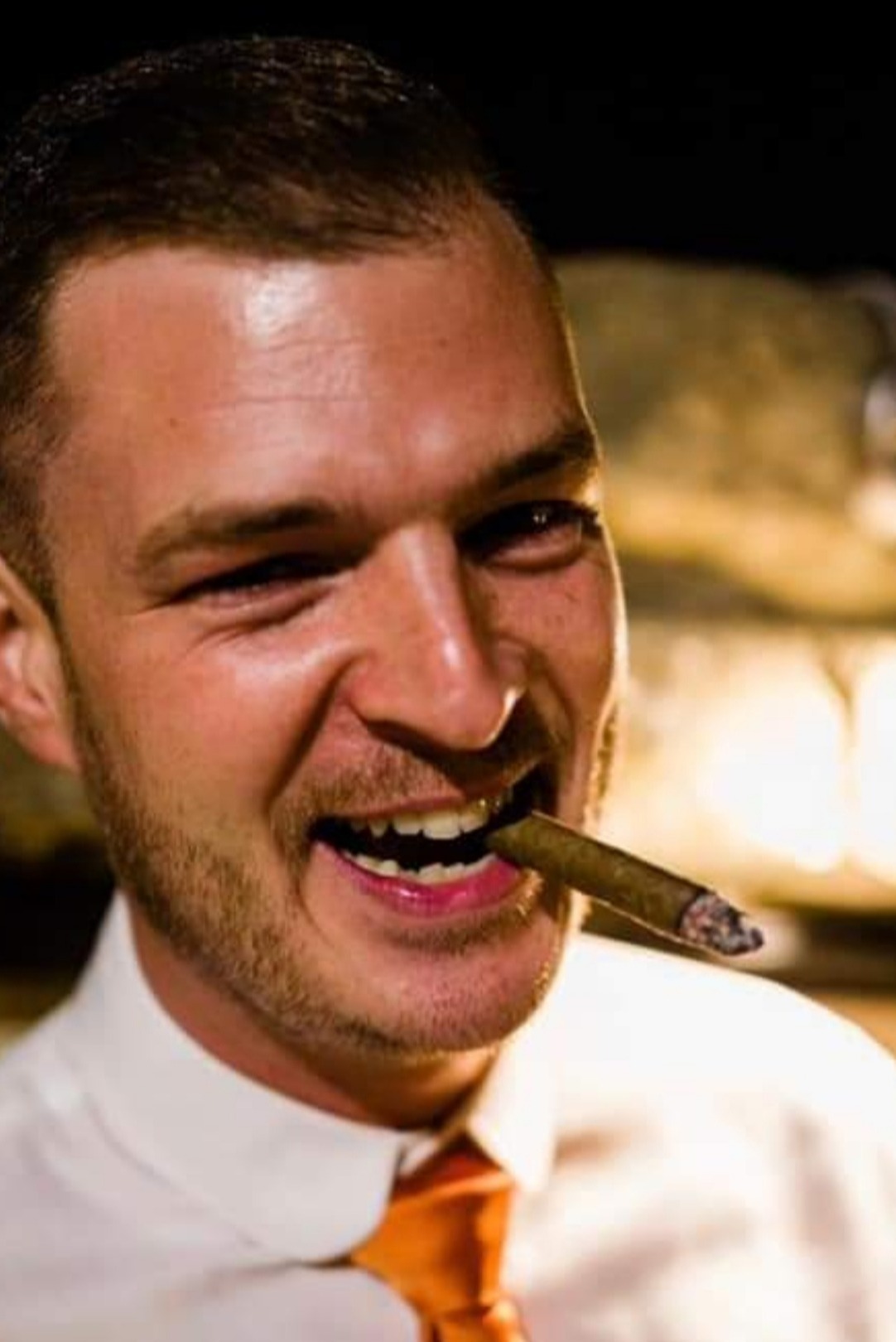 He visited A&E three times with agonising pain in his stomach, a key sign of the disease, but was sent home with laxatives on every occasion.

It wasn’t until he was rushed to hospital vomiting, and three stone lighter, doctors finally discovered he had advanced bowel cancer that had spread around his body.

The “blockage” they had suspected was actually a tumour.

It was the worst news for the construction worker from Basildon and his partner of eight years, Jazmin Donovan, who is now 29.

Little did Jazmin know that just 10 months later, in October 2020, Nathan would die from bowel cancer after a short illness.

Speaking to the Sun during Bowel Cancer Awareness month, Jazmin said: “I still don't think I’ve really come to terms with it.

“Nathan and I were together for eight years. We never had children or got engaged. I think probably one day we would have – we had that all ahead of us.”

Nathan's family are calling for NHS bowel cancer screening, currently offered to anyone over 60 years old, to be free for anyone regardless of their age.

Lauren Carpenter, Nathan’s sister, plans to take a petition to the Government, and has amassed 5,000 signatures so far.

The Sun’s No Time 2 Lose campaign has already been successful in bringing the bowel cancer screening age down to 50.

However, since Matt Hancock agreed to lower the age of screening in England in 2018, screening tests still haven't been rolled out to those aged 50 to 60.

Jazmin, of Stanford-le-Hope, Essex, said: “It doesn’t fill you with much confidence that anything will change. You can only hope. 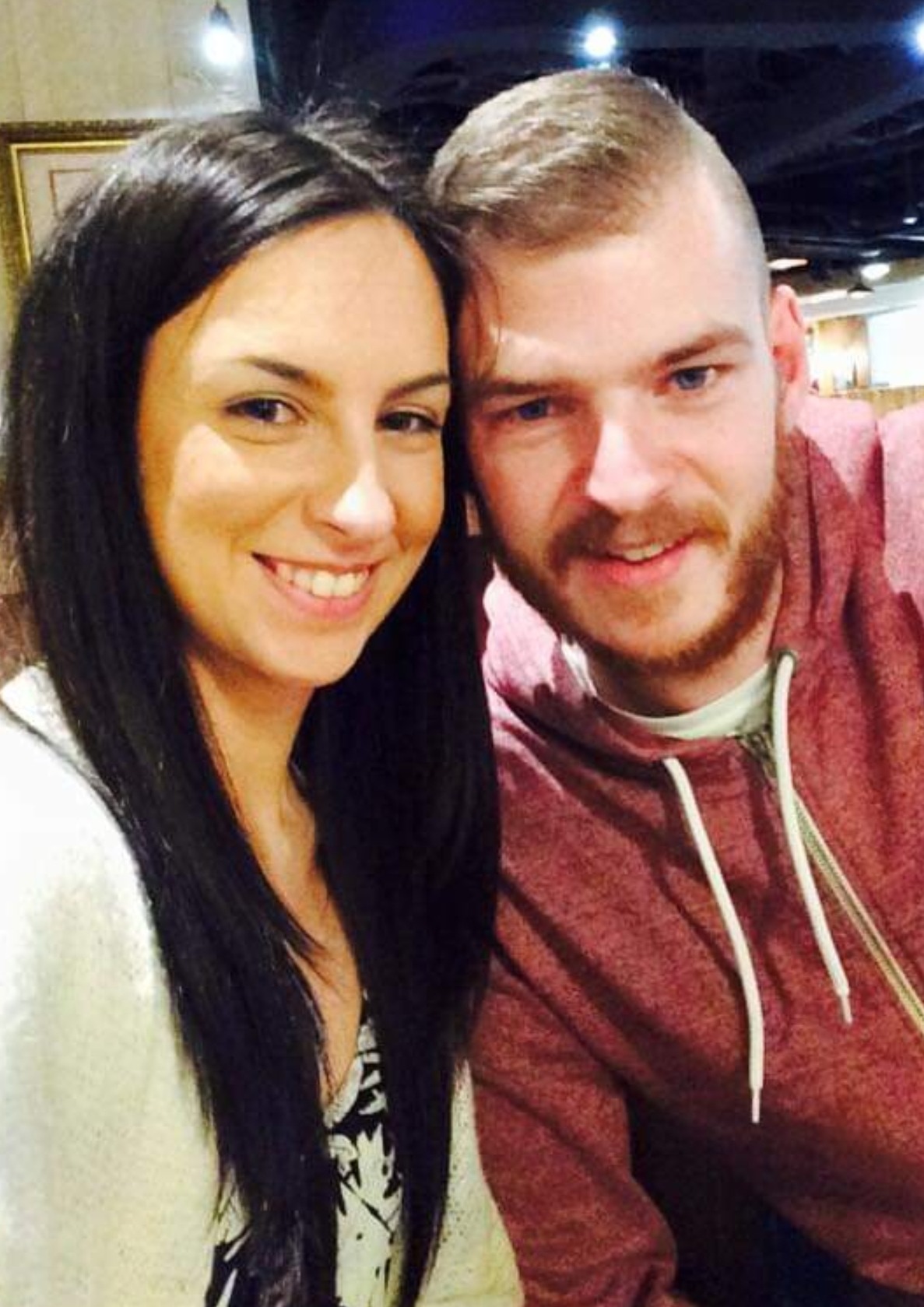 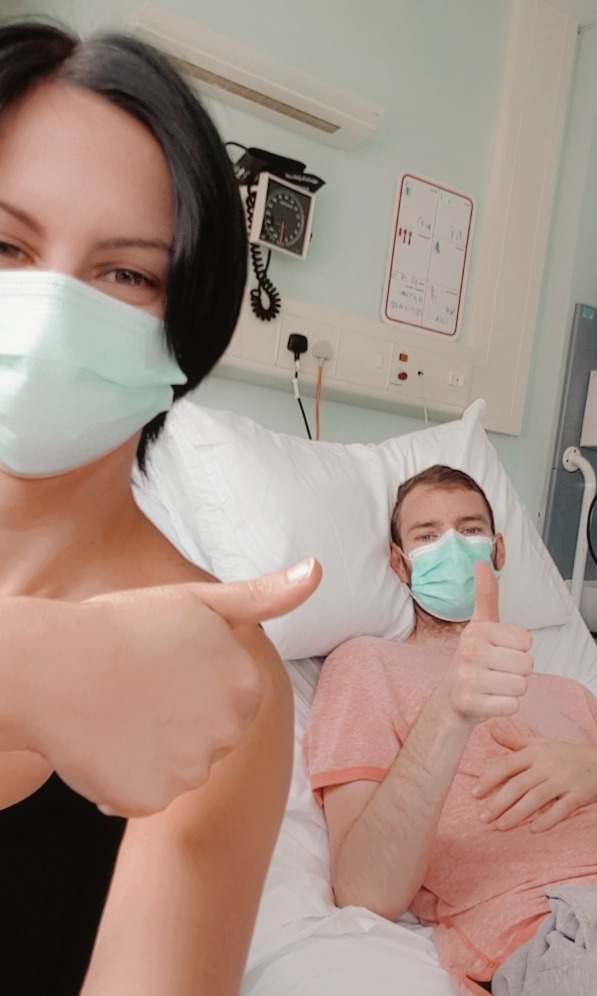 “If screening were a lower age, I genuinely believe it could help someone.”

Bowel cancer risk increases drastically from the age of 50. But it can be diagnosed at any age.

Of the 42,000 cases diagnosed every year, over 2,500 are in people under the age of 50, according to Bowel Cancer UK – the equivalent of nearly seven a day.

The problem is rising, doctors have warned, with more younger people being diagnosed than ever before.

In September 2019, Nathan’s symptoms started with a twinges in his stomach, Jazmin tells The Sun.

These niggles developed and then his bowel habits changed – a key sign of bowel cancer. He was struggling to pass stool.

His GP took tests but everything came back clear.

By December 2019, Nathan wasn’t using the toilet at all and had stopped eating as much.

Jazmin said: “He lost only a slight bit of weight to start off with. But as the months went by, he was gradually losing more.

“I would say he had probably lost two to three stone by December.”

The couple had gone to A&E after the pain of “constipation” got so severe, but once again, tests did not concern doctorS.

Nathan was sent home from A&E with laxatives twice more. 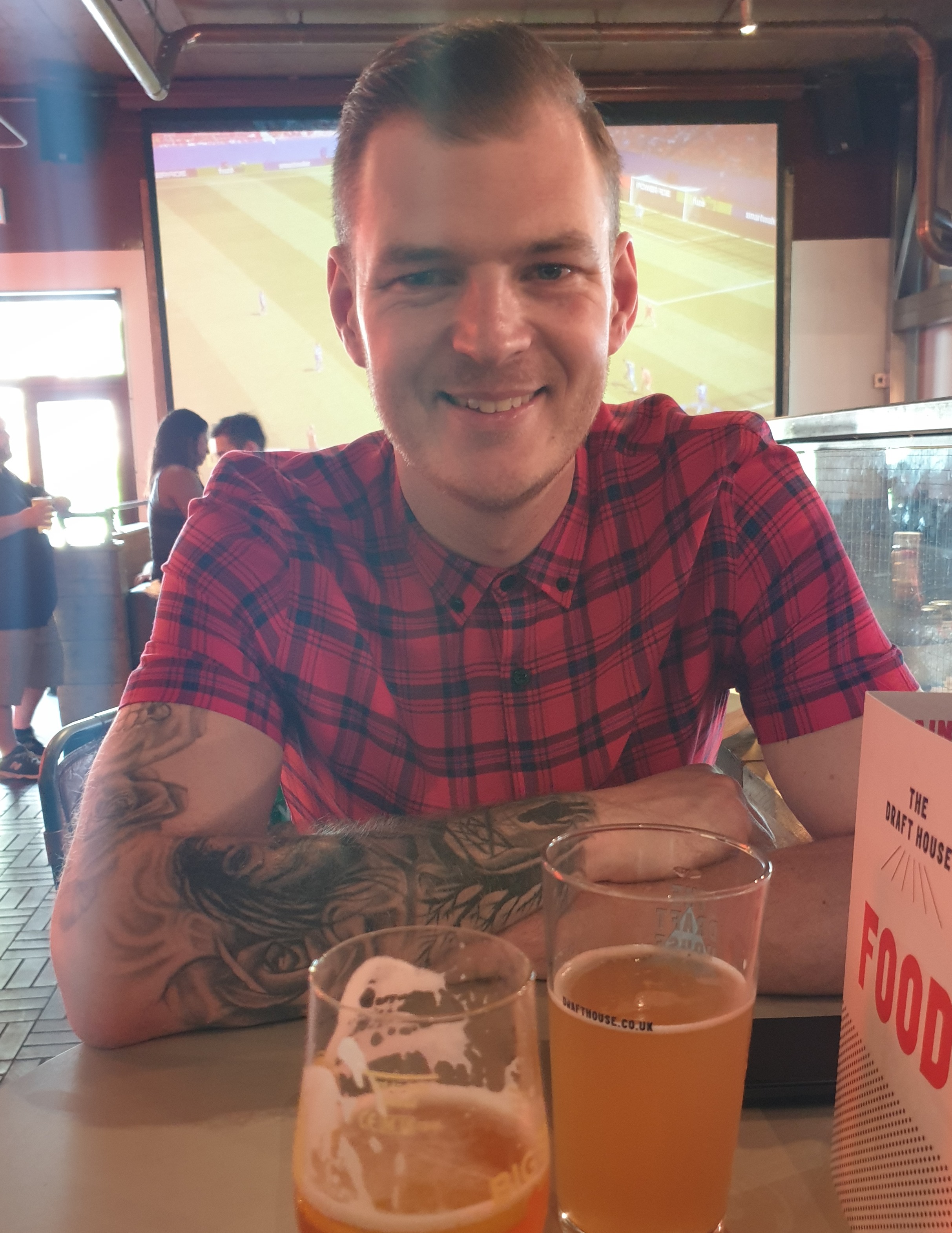 Jazmin said: “The first time, we sort of thought oh that's it, it should solve it. We felt okay about it.

“But when that didn't work, we went back again and they said the same thing and to take a higher dose.

“We knew by then it wasn't just constipation. That was frustrating.

“It was the second trip we asked if they would do more tests but they said there weren't really any other tests. I don't know why. We just shut down a bit.”

Eventually, on January 19, 2020, Nathan was admitted to hospital on his fourth trip to A&E due to the severity of his symptoms.

He had a scan, which revealed a blockage, and the following morning he had emergency surgery to fit a stoma which would allow him to empty his bowels.

In hindsight, Jazmin believes it was the point doctors’ knew there was something more seriously wrong with Nathan.

And three days later, after more tests, the couple were staggered to be told just how serious Nathan’s condition was.

Jazmin said: “They just said we've had the results come back from the biopsy, and unfortunately it is cancer.

“They gave us a minute to try and take it in a little bit. And then we said how bad is it? And they said it was bad. It had spread to his liver, and his stomach lining. Then they said it was stage 4. “ 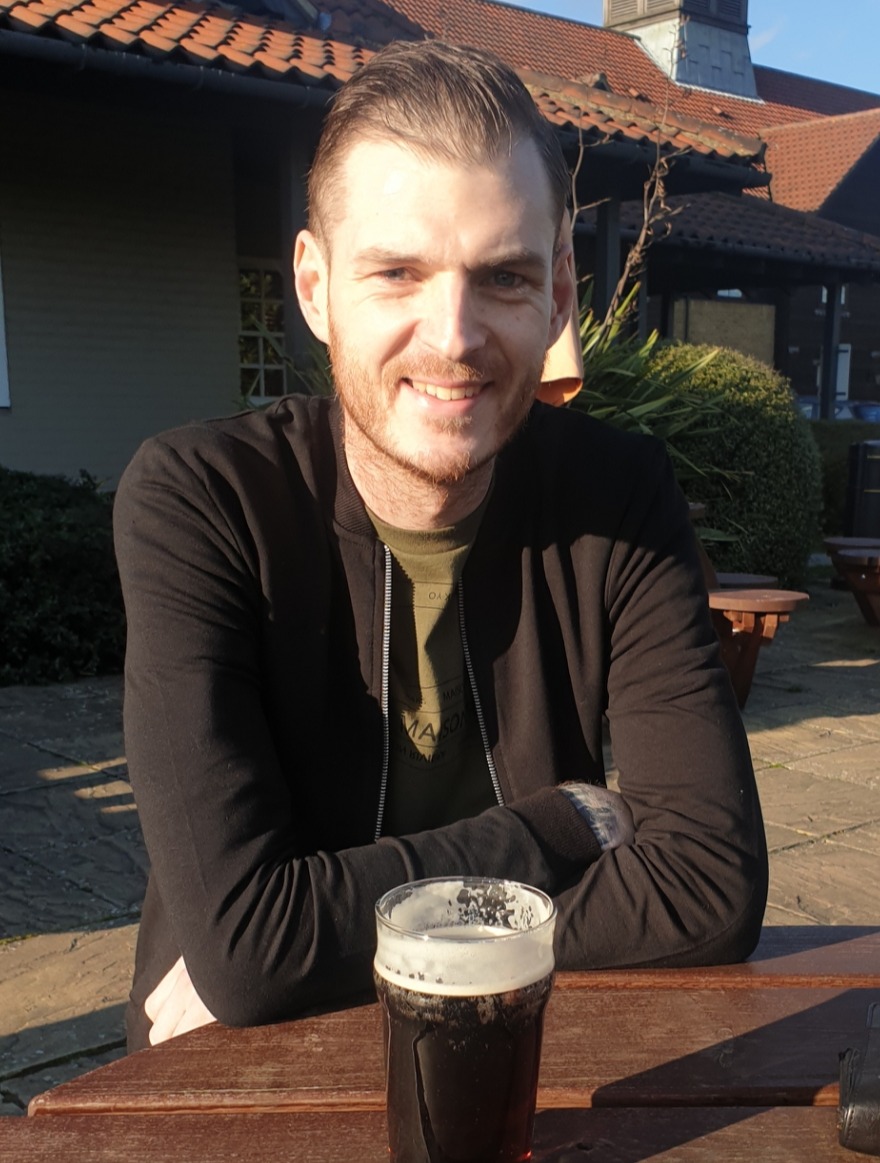 What are the symptoms of bowel cancer?

There are several possible causes of bleeding from your bottom, of blood in your poo.

Bright red blood could come from swollen blood vessels, haemorrhoids or piles, in your back passage.

Dark red or black blood could come from your bowel or stomach.

Blood in your stools is one of the key signs of bowel cancer, so it's important to mention it to your doctor so they can investigate.

It's important to tell your GP if you have noticed any changes in your bowel habits, that lasts three weeks or longer.

It's especially important if you have also noticed signs of blood in your poo.

You might notice you need to go to the loo more often, you might have looser stools or feel like you're not going enough or fully emptying your bowels.

Don't be embarrassed, your GP will have heard a lot worse! Speak up and get it checked.

This is less common than the other symptoms, but an important one to be aware of. If you've lost weight and don't really know why, it's worth mentioning to your GP.

You may not feel like eating, feel sick, bloated and not hungry.

Bowel cancer that causes bleeding can cause a lack of iron in the body – anaemia.
If you develop anaemia you're likely to feel tired and your skin might look pale.

As with lots of other forms of cancer, a lump or pain can be a sign of bowel cancer.

It's most likely you'll notice a pain or lump in your stomach or back passage.

See your GP if it doesn't go away, or if it affects how you eat or sleep.

Nearly everyone survives bowel cancer if diagnosed at the earliest stage.

But this drops to just 10 per cent at stage four.

Speaking of her reaction, Jazmin said: “To start with it was mainly shock, because we weren’t expecting it because he was so young.

“Then it was just devastation, I felt actually heart broken. There was a bit of anger, all sorts of emotions.”

Nathan started chemotherapy at the end of February and after six cycles, the family were told his tumours were shrinking.

But it was short lived; because Nathan’s disease was already so progressed his body was weak and he faced various complications.

He was unable to fight infections, making him more unwell and unable to take chemotherapy.

By August, doctors said Nathan’s cancer was no longer treatable and he was sent home for end-of-life care.

Jazmin said: “The first couple of weeks it was emotionally difficult. He was still able to get up and go to the toilet and jump in the shower.

"We had a wheelchair indoors for him, because by this point he lost so much weight and was tiny, he was weaker.

“He never really opened up about it. He wasn't one for talking about things or showing his emotions.

"We had a few tears when he was first diagnosed, but other than that he just took it in his stride. It didn't let him get him down, he was really strong.

“As the weeks went by, he just started deteriorating. And then there was a massive decline in the last week of his life. He just went downhill really quickly.

“His mum, dad, brother and brother’s girlfriend came to move in with us exactly a week before he died, and in the last couple of days we had carers.”

After Nathan’s shock death, Jazmin is pushing for more testing of bowel cancer in young people, including if they show tell-tale signs.

She said: “We just want to firstly raise awareness. Because I was not oblivious but quite naive to the world of cancer in younger people.

“We want to open other people's eyes as well. If you are worried about something keep pushing until you feel satisfied.

“They [doctors] were adamant he had constipation and that it didn’t need looking into. I don't know if that's due to his age.

“They just kept palming him off. But you know your body, he knew it wasn't constipation.

“I don't think tests should be ruled out because of your age.”