Home » Fashion » My 12-year-old daughter’s ‘abs’ was a rugby ball-sized tumour – she had ovarian cancer, ultra-rare in a child

IMOGEN Robinson, was just 12 when doctors discovered a huge tumour that was crushing the organs in her small body.

Surgery to remove the mass was just the start of a harrowing battle that included a decision to remove part of Imogen’s ovaries and fallopian tube before chemotherapy took place during lockdown. 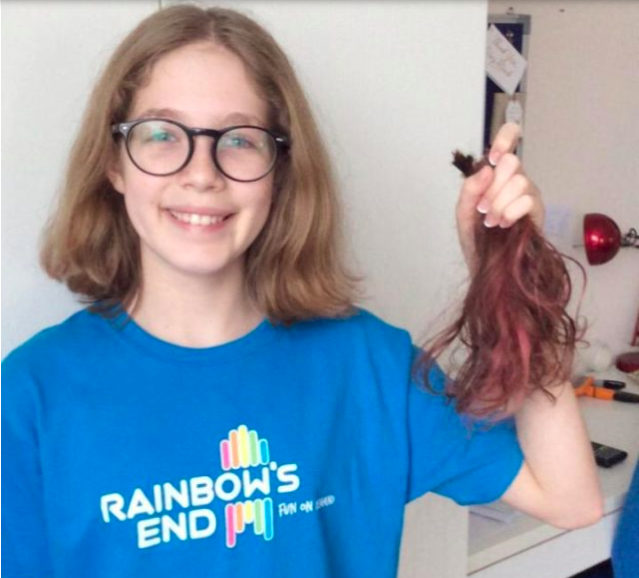 Mum Jenny, 44 who lives with husband Jeremy 43, daughter Mia, 17 and Imogen, now 13, in Abu Dhabi, in the United Arab Emirates tells Fabulous how her brave little girl came through one of the world’s rarest ovarian cancers and is now trying to help other young cancer patients to stay positive.

“Imogen has been dancing since she was three and has always been a slight girl but in autumn 2019 we noticed a protrusion in her abdomen," she said.

"It didn’t cause her any pain but looked strange. Doctors convinced us that it was just pronounced abs but a few months later her dance teacher contacted us to say she was worried.

“She was used to manipulating Imogen’s body during training and was certain that her abs didn’t feel right, so in January of this year we headed back to the doctors who ordered an ultrasound. 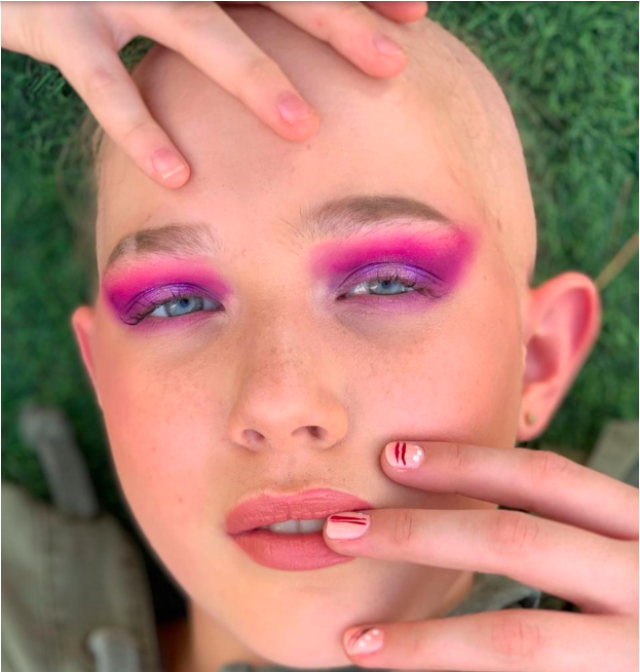 "I still remember the appointment clearly. Imogen laying there, but as soon as the paediatrician got started, he left the room and came back with two more doctors and we could hear them saying something about a cyst.”

More tests, CT and MRI scans and X-rays followed over the next few weeks to determine the size of what was still being called a cyst.

“We were due for an appointment to discuss the findings on February 6th but we got a call telling us to go straight to surgery instead,” remembers Jenny, who is originally from New Zealand and moved to Abu Dhabi in 2007 when Imogen was just a few months old.

“Cancer wasn’t mentioned at this point, as far as we knew the surgery was just to remove this huge cyst in Imogen’s abdomen, a mass that was pushing against her other organs because of its sheer size. We were all scared enough, but during the actual operation things took a turn for the worse.

“It was mid-surgery and the doctor came out to speak with us because they needed us to make a serious decision – it turned out to be the most difficult and heartbreaking decision of my life. 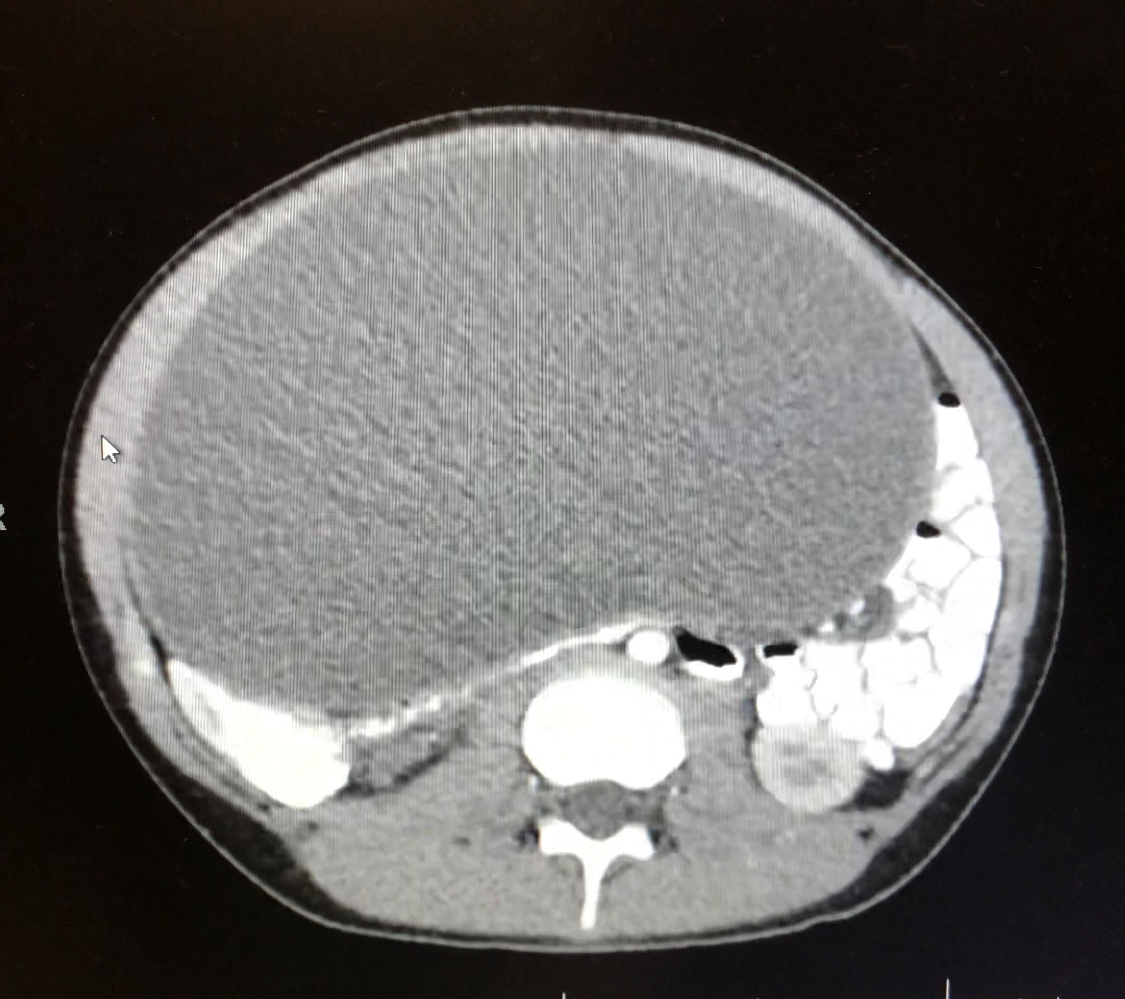 "The doctor explained that the huge mass was actually covering one of her ovaries, and did we want to remove the right-side fallopian tube and ovary – which in essence were just part of what they were now describing as a tumour.

“I just wanted my child to be safe – I wanted that tumour out and her to get better but how would this affect her chances of having a child of her own later in life?

"She would be left with just her left-side ovary and fallopian tube, but there wasn’t time for discussions about statistics, my little girl was laying there unconscious on an operating table.

"So we made the decision to remove the mass and get our daughter back to health. One of the surgeon’s later told me I’d made the right decision but the pain is still with me."

Jenny, who works in education, remains heartbroken about the events of that day and even now refuses to Google what the decision means for her child’s future fertility.

"Staying away from Google is something the whole family practice when it comes to any of the diagnoses and treatments, preferring instead to get all their information from experts and doctors.

Doctors convinced us that it was just pronounced abs.

“Imogen was kept In hospital for five days after surgery to check all her organs were functioning properly,” remembers Jenny.

“The doctors also told us that the tumour was 26cm long by 12cm wide, it contained four litres of liquid and the scans showed what looked like a rugby ball in shape.

"Everyone had thought the tumour was benign up until now but now the surgeons wanted to test the mass for cancer – we presumed it was just routine.”

On February 17, Jeremy, an architect and fitness trainer, took Imogen for a post-surgery check-up, but during the appointment, the paediatric surgeon asked Imogen to step out into the waiting room and explained to Jeremy that he had bad news.

“He told him that the tumour was cancerous,” says Jenny. “In that minute our world just blew up.

"I rushed from work to be with my husband and my daughter who patiently waited outside the oncologist’s office. 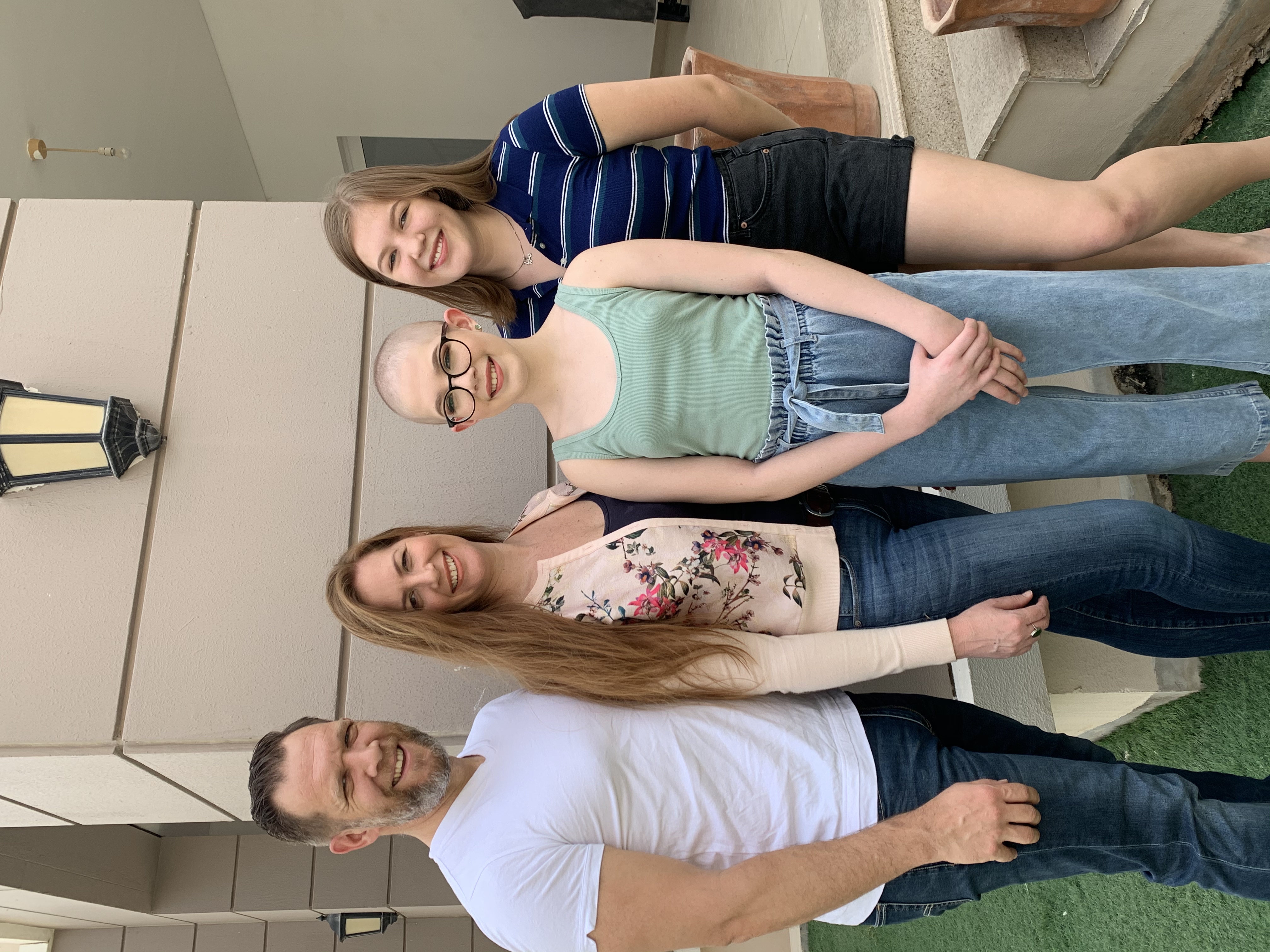 "We were told that it was ovarian cancer – something so rarely seen in children, and that it was an extremely rare cancer named FIGO Stage 1C Juvenile Granulosa Cell Tumour.

“The doctor explained that the tumour sack containing the fluid might have pierced and spilled inside Imogen during the surgery and left traces of the cancer behind.

"They would need to do more tests to check and then we might need to think about chemotherapy. That whole day just seems like a blur and at the same time I remember every ounce of pain.”

More tests and scans followed, and although they all came back clear, the doctors couldn’t rule out that a microscopic trace, which may have been left behind, might cause problems in later life, especially as surgery notes confirmed that the mass had indeed leaked during the op.

"The cancer is so rare, that many of the doctors hadn’t dealt with it – so there was continuous back and forth with experts across the globe including with those at Harvard University in the USA but ultimately the decision about whether to be safe and have chemo lay with the family and Imogen.

“We were all adamant that it wouldn’t come to chemo,” says Jenny.

Cancer Research UK figures show that ovarian cancer accounts for 4% of all new cancer cases in females in the UK with numbers slowly falling and the number of women surviving the cancer increasing.

Most new ovarian cancer cases are diagnosed in women over 50 with over a quarter (28%) being diagnosed in females aged 75 and over.

Symptoms to look out for include abdomen pain that doesn't go away, feeling full quickly, loss of appetite, bloating or an increase in the size of your abdomen, needing to urine more often, unexplained tiredness and weight loss, changes in your bowel movements or symptoms of irritable bowel syndrome in over 50s

So for Imogen to get ovarian cancer as a healthy 12-year-old with no previous medical conditions is incredibly unusual.

“Imogen had heard of cancer and she knew vaguely what the side effects of chemotherapy were and none of us wanted her to have to go through it. But she’s such a brave girl and when it came down to it – she made the decision to go ahead.

“I wanted the cancer gone once and for all,” Imogen told Fabulous. “I wanted to get on with life, I didn’t want this hanging over me or coming back years later. I knew I would get sick and start losing my hair so it was a really tough choice.”

On April 14, a couple of weeks after her 13th birthday, Imogen began the first of four cycles of treatment that would span over 12 weeks. On top of the heartache of battling cancer, thepandemic posed its own complications for the family.

“In one sense it helped because it meant that Imogen could do home schooling like the other kids,” explains Jenny. “But the tough part was that she couldn’t see anyone at all even when the lockdown eased.

“I couldn’t go outside the hospital room, I was always sleeping or dizzy and just didn’t feel normal,” remembers Imogen. “I was stuck between home and hospital even when things started to open up, because my immunity was so low. It was frustrating and upsetting but I had to fight through.”

“She was connected to machines and medications for five days for each chemotherapy cycle,” explains Jenny.

“Jeremy and I alternated the night shifts with one of us staying at home with Mia who wasn’t allowed in the hospital, or indeed out of the house, because of the pandemic, it was really hard for the whole family to be so disconnected from our friends and family while dealing with something so tough – but ultimately it brought us even closer together.”

Imogen said: “I started losing my hair two weeks after my first chemo session, I was brushing it and it started coming out in clumps. Eventually I shaved off all my hair be more comfortable from all the itching.

“I didn’t think I looked pretty, I looked like a boy, and I think I looked ugly when I was fully bald. I started applying heavy colourful makeup to make myself feel better.

Imogen’s Instagram has picked up more than 200 followers within a couple of weeks and the numbers are still growing, she’s feeling healthier than ever but the journey isn’t over and regular health checks will continue for the next five years before she’s given the final all clear.

“We’ve always been very tight as a family but during the cancer and the pandemic it’s been the four of us against the world and we’re even closer than ever, especially the two girls. We’ve seen some really tough days but Imogen’s level of maturity and strength has been amazing and we’re certain that she’s fought this thing.”

Millions of women risk cervical cancer as they shun smear tests in record numbers – know the signs of the silent killer.

Meanwhile, Jade Goody’s dying wish has been denied as money for her sons has vanished, her widow Jack Tweed claims.