Home » Fashion » Mum shows how she got tarnished, blackened jewellery sparkling in seconds by using a tiny bit of bicarbonate of soda

SILVER jewellery is prone to tarnishing over time – andit's not just the cheap stuff either, but brands such as Tiffany and Co. too,as one woman has revealed.

But you don't have to part ways with your beloved pieces at the first sign of blackening as the jewellery-wearing mum has revealed a super simple way to get sterling silver looking shiny and new again. 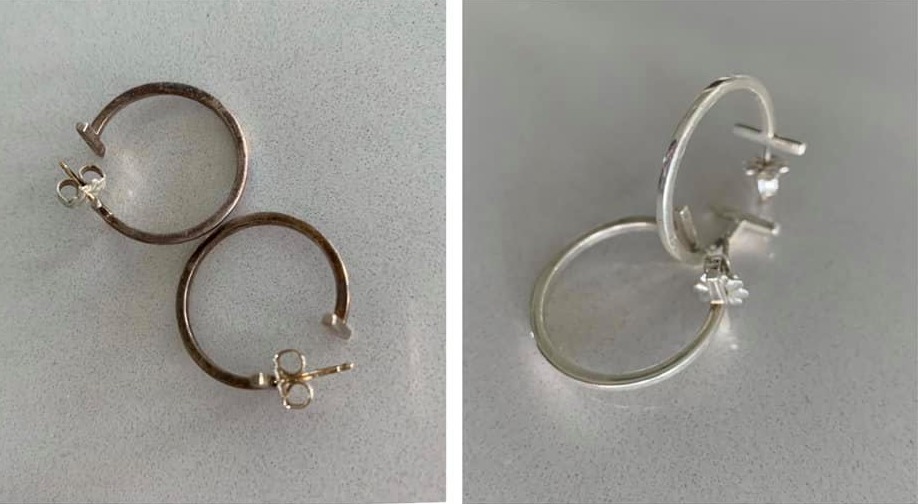 Taking to Facebook, the Aussie mum revealed that she stopped wearing her jewellery because of its discolouration – but desperately wanted to find a way to clean her beloved pieces.

After an unsuccessful attempt with jewellery cleaner, she instead tried the trusty bicarbonate of soda and was blown away by the incredible results.

She read about the cleaning hack online – which involves soaking the jewellery in boiling water and bicarb of soda in a tinfoil-lined bowl – and decided to give it a go herself.

Dubbing it the "best kept secret" she's ever stumbled across, the chuffed mum wrote on Facebook: "Watch the magic of chemistry happen in seconds, right before your eyes." 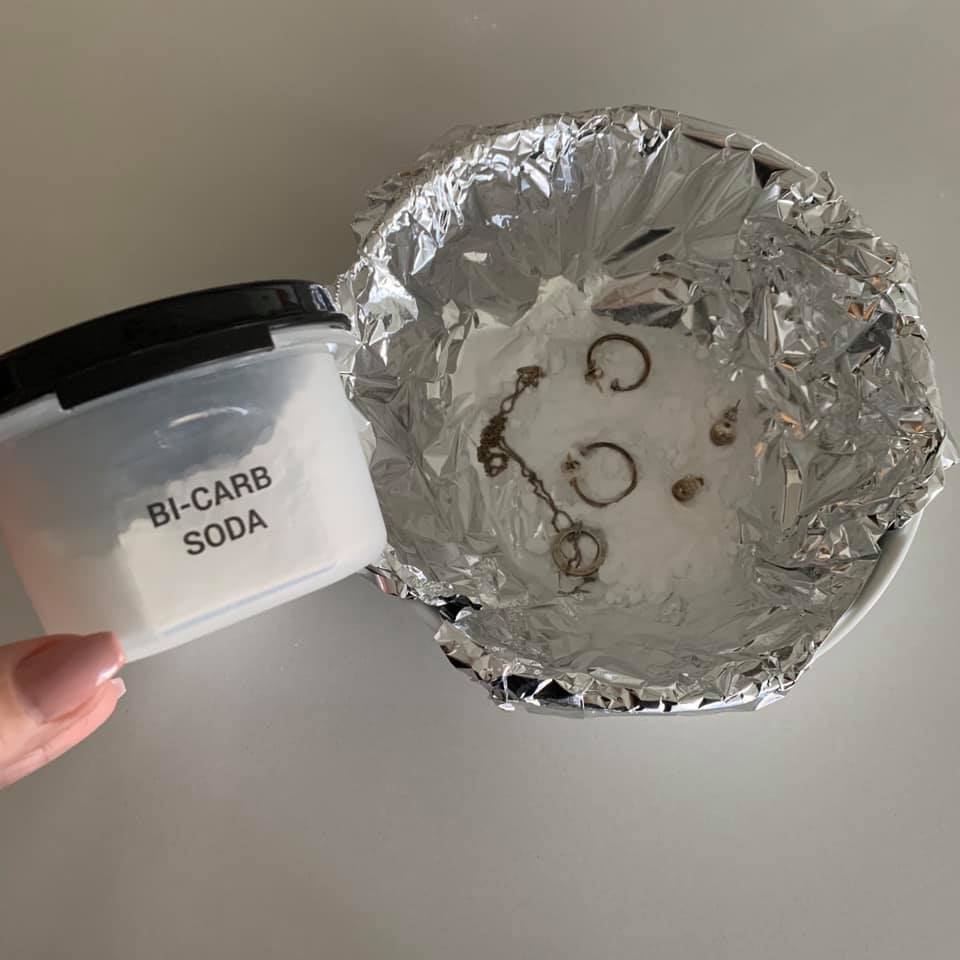 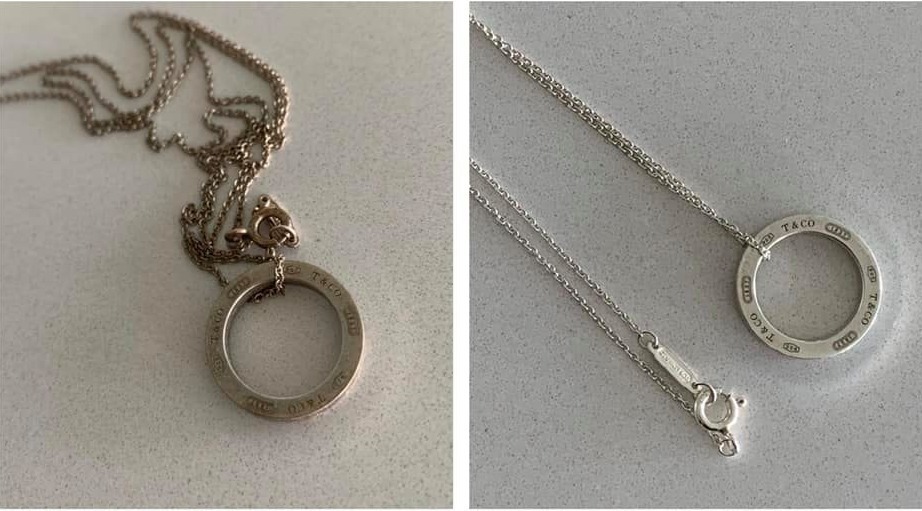 Explaining her method, she revealed that the jewellery should be placed in the bowl lined with tinfoil shiny side up, then sprinkle just a spoonful of the natural cleaner before adding boiling water.

Needless to say, the internet was completely blown away by the cheap and easy cleaning hack and photos of the restored jewellery have since been shared across social media.

Many people are unable to believe the incredible results, with one woman even calling the hack a "lifesaver". 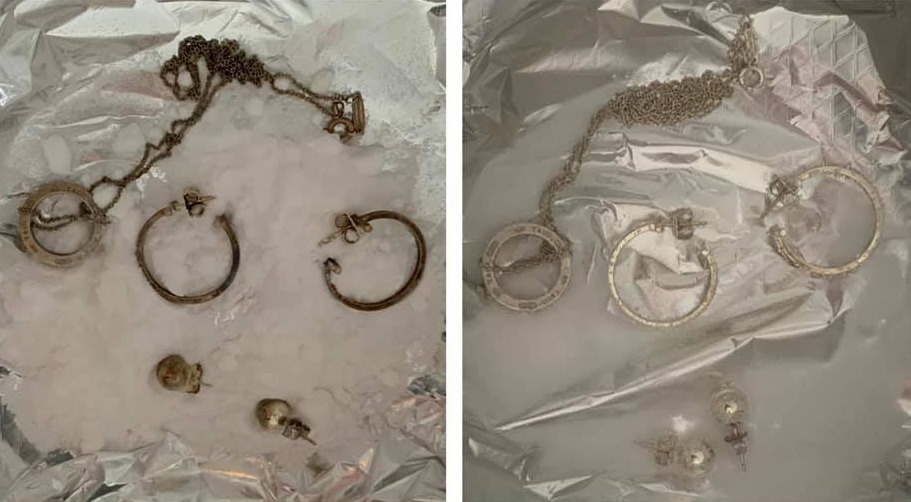 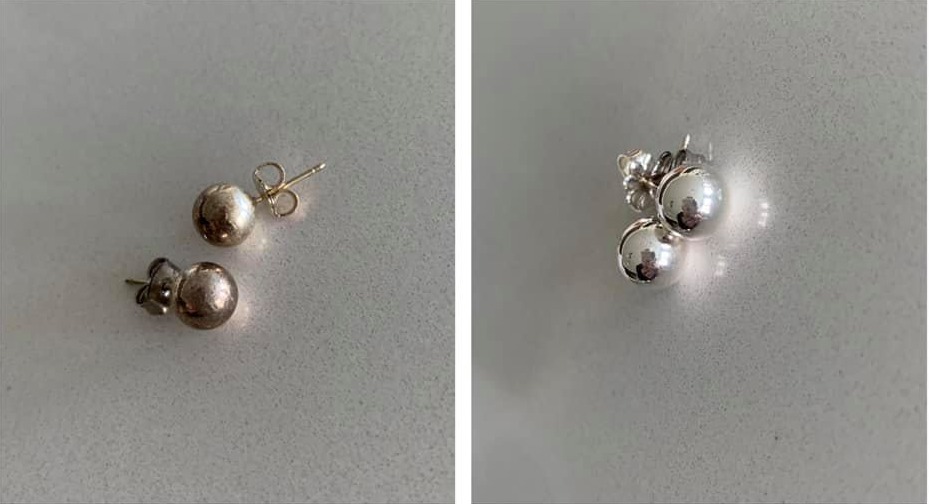 But the hack works wonders on other silver items too, such as cutlery, as one woman pointed out.

According to Femail, the tarnished coating on the jewellery reacts with the aluminium in the tinfoil, and when mixed with boiling water and bicarb it's transferred from the jewellery itself to the foil, leaving the silver immaculate – it's amazing, really.

Please excuse us while we reach for our jewellery box….

If you love a good cleaning hack, we also shared how a mum almost chucks out her daughter’s filthy sandals but then rubs them with washing up liquid – and the results are amazing.

Plus, a mum swears off oven cleaner after using BABY WIPES to remove grime – and others claim they work on almost everything.

And a cleaning fanatic shows how to get rid of tupperware stains in under a minute – and there’s no scrubbing.