A CHRISTMAS-loving mum has revealed the massive present pile she has stashed away for her kids, which is so big she's had to clear out her wardrobe just to make them fit.

What's more, the mum-of-four has so far used 25 rolls ofpaper to wrap them all and she isn't even done with shopping yet. 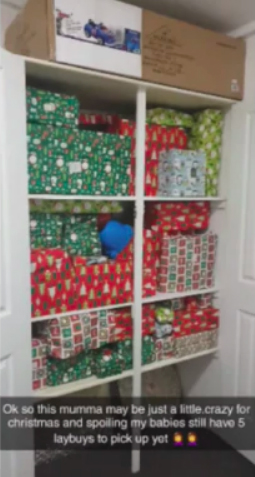 The organised mum shared a clip of her impressive Christmas present stockpile on Facebook, which she has hidden out of sight from her little ones.

While it might seem obvious, she revealed that she loves to go big on presents at Christmas for her kids and always gets her shopping done early.

And they aren't small gifts she could stash under the bed either as the presents are so big bulky she had to empty out her bedroom cupboards to hide them – with her clothes now scattered across her bedroom.

In the video she shared,presents are piled into the cupboards and fill multiple shelves, but the Aussie mum revealed she still hasn’t quite finished just yet. 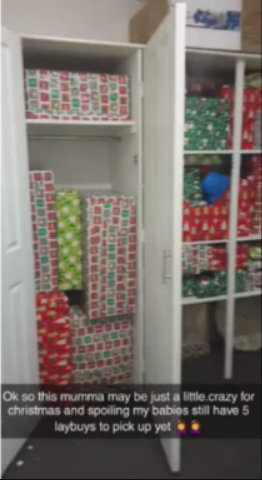 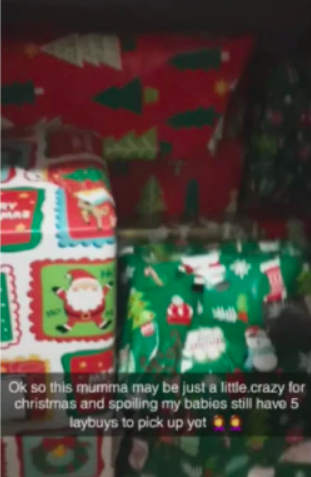 Posting alongside the clip in the Facebook group, she wrote: “I love Christmas wooooo wrapped what I already have so far.

“I still have 5 laybuys to pick up and stocking fillers, can’t wait for Christmas and see the smiles on my babies faces.”

Speaking to Kidspot, the doting mum said she likes to get the presents out of the way, so she can focus on decorations and food in the lead up to Christmas Day.

“Christmas is my weakness and I go all out for my babies at Christmas but I also like to make it as less stressful as possible,” she said.

“So it’s always a wonderful time no matter what, also because then I make sure nothing is forgotten.” 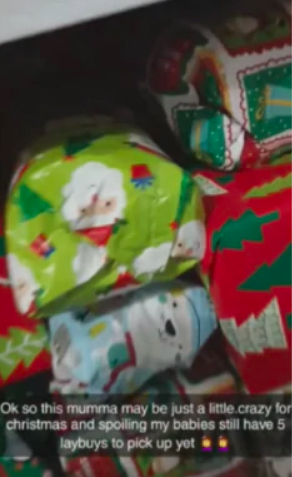 Speaking of the massive present stash, the organised mum said it took nearly four days to wrap everything shown in the video, and went through 25 rolls of wrapping paper to get it all done.

She even sacrificed space for her clothes in order to hide them.

She wrote online: “I had to vacate my entire wardrobe just for the presents, so I have my clothes currently stashed in my draws (sic)”.

But her organisation skills didn't go unnoticed and has left other shoppers seriously impressed.

“Storage goals,” one person wrote,while another said, “love it”.

Other mums were in awe of her handiwork with one wishing she had the same level of organisation.

“I love it!! I do the same, go crazy but it’s only once a year. Wish I was as organised as yourself with wrapping, I leave it to last week and swear every year I won’t do it the next,” she said.

And festive fans are already putting up their Christmas trees to cheer themselves up, but is it too early?