A MODEL was left horrified after she claims an £18 Missguided jumpsuit 'ruined' her brand new £60,000 Porsche – by staining black dye across its cream suede upholstery.

Nina Bailey, 30, from London, says she splashed the eye-watering five figure sum on the new Porsche Macan less than a year ago yet is furious to find the cream suede car seat blackened with dye. 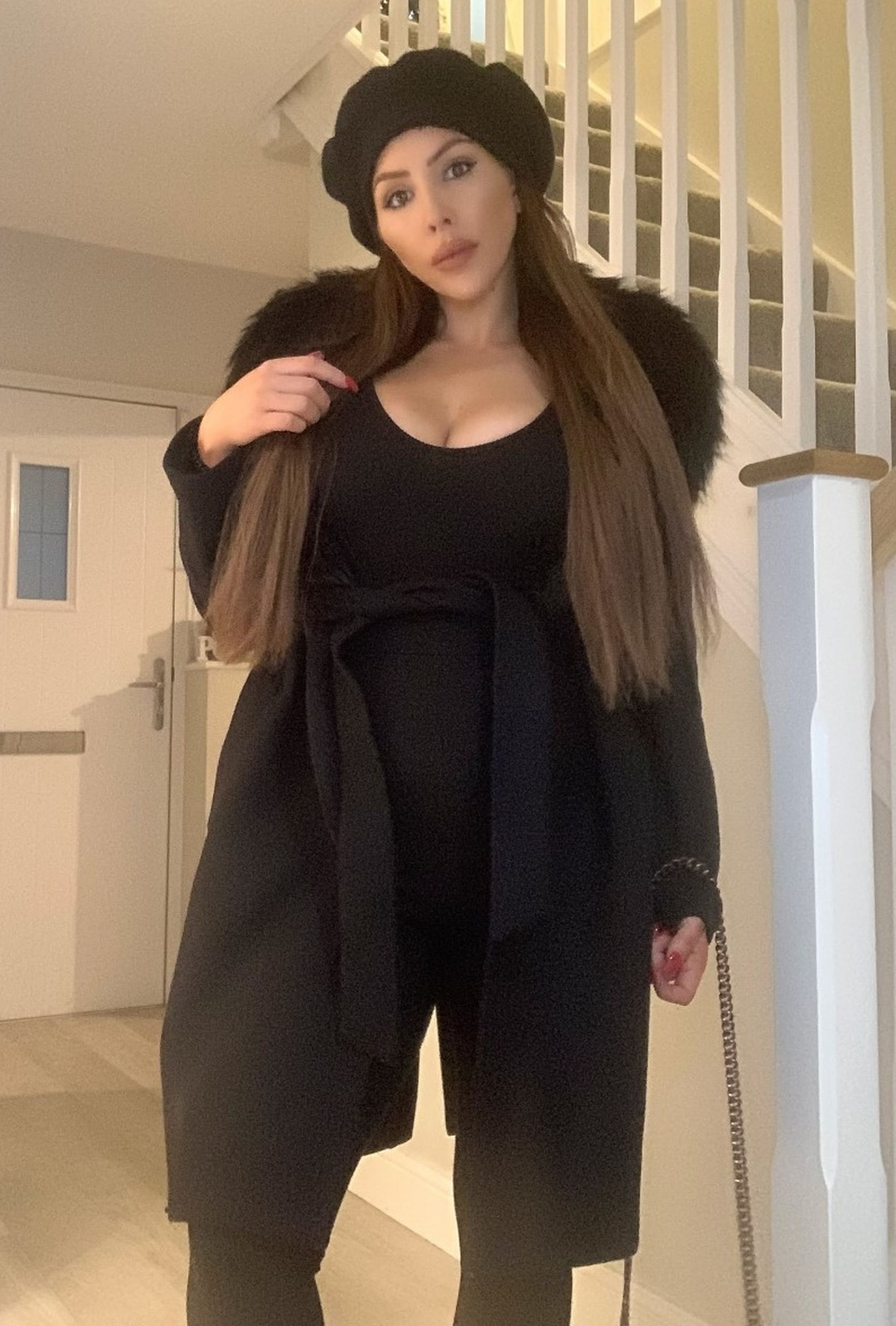 Nina claims it also 'completely dyed' her crisp white bedding 'to the point of no return', yet she could not see any product information indicating that the colour may run.

She claims Missguided have apologised but 'haven't accepted liability', as they informed her the product had been tested and 'the dye does not transfer'.

After various garages claimed the upholstery was unsalvageable, Nina resorted to taking the car back to Porsche who said they can try to get the dye out – however she says there is 'no guarantee it will definitely come out'.

The loyal Missguided shopper was forced to throw away her bedding and won't be wearing the 'dreaded' jumpsuit again or making further orders until the problem is sorted. 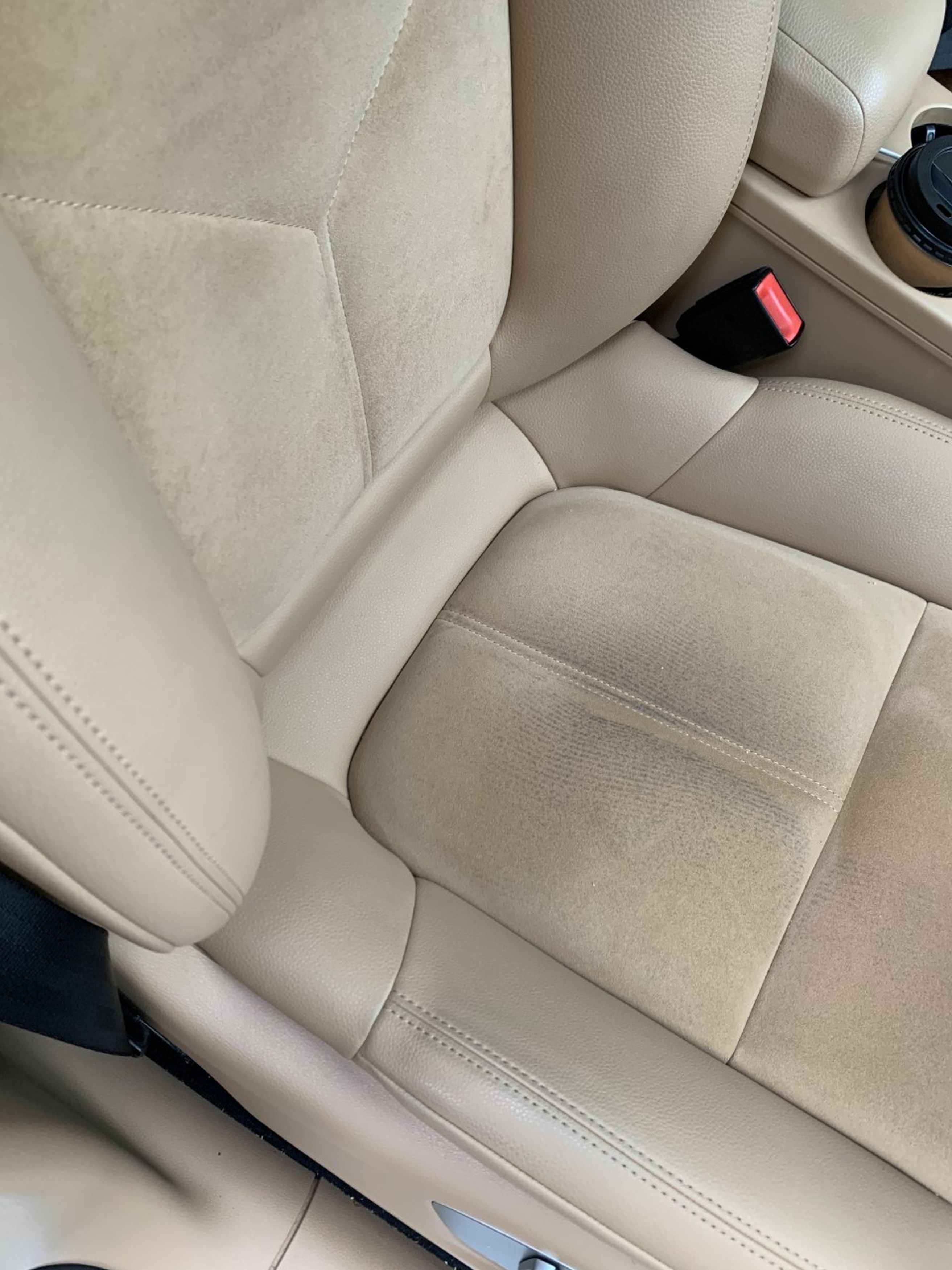 Nina said: "The jumpsuit has 100 per cent ruined my seat.

"I was really gutted when I saw it – I thought 'oh my god, imagine how much that's going to cost to fix' for an £18 item – I was really frustrated about it.

"I've been to loads of different garages and because they are dyed cream suede seats, it's not going to come out.

"There was no product information saying that it might run, nothing at all – which was a bit annoying.

"I've been able to throw away the bedding but I can't just get a new seat because it's a Porsche – it's kind of stuck with me now." 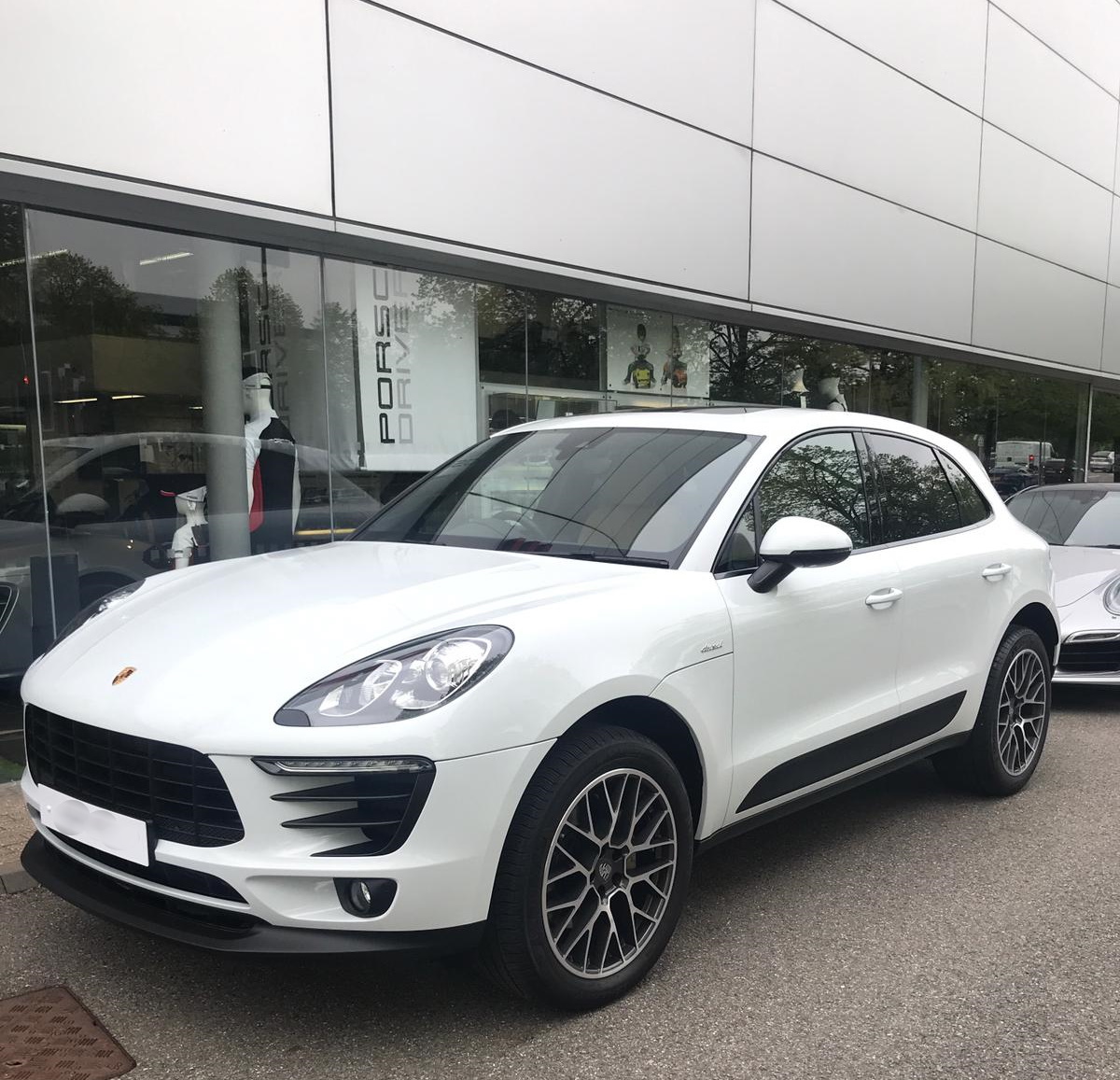 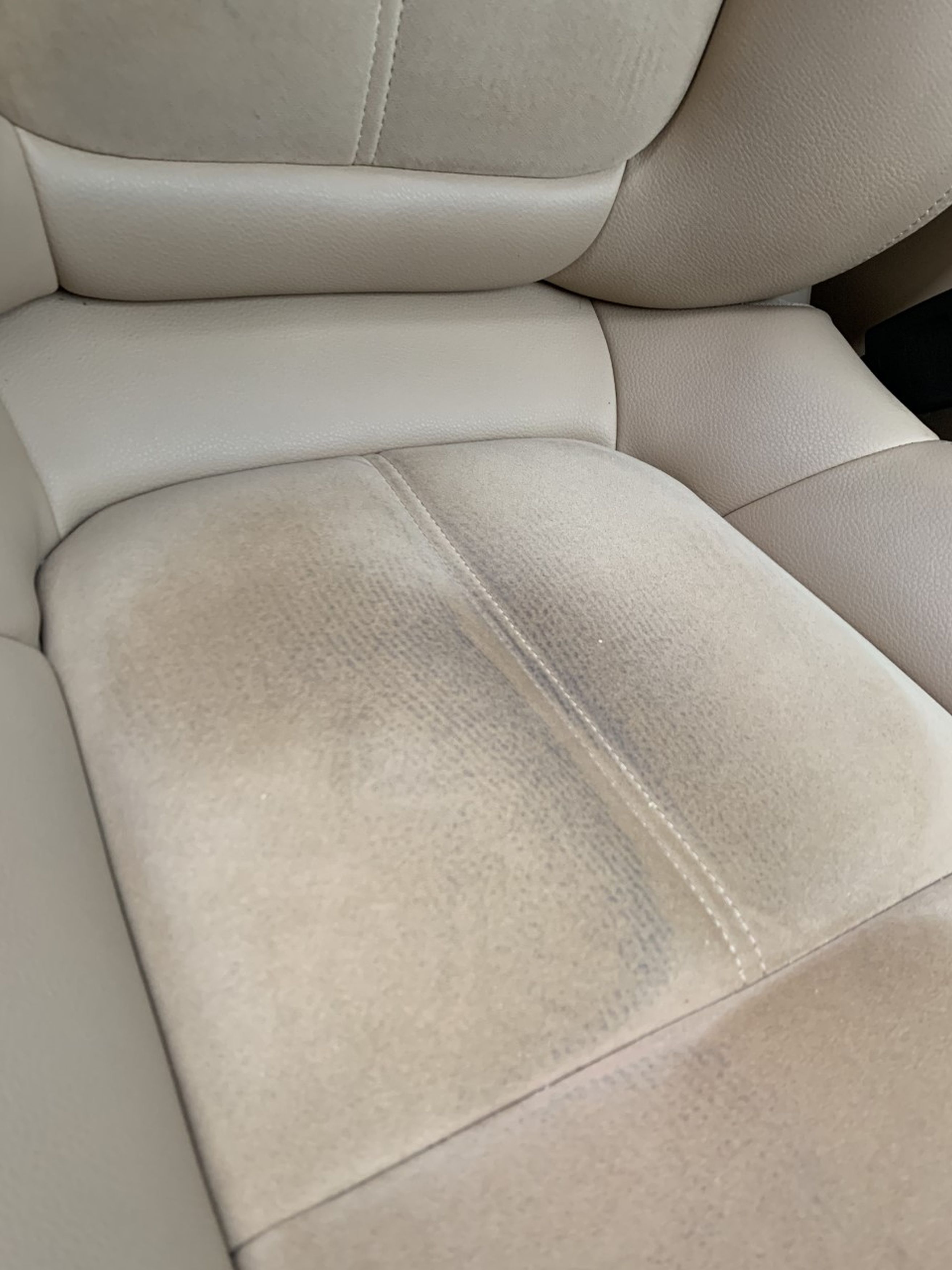 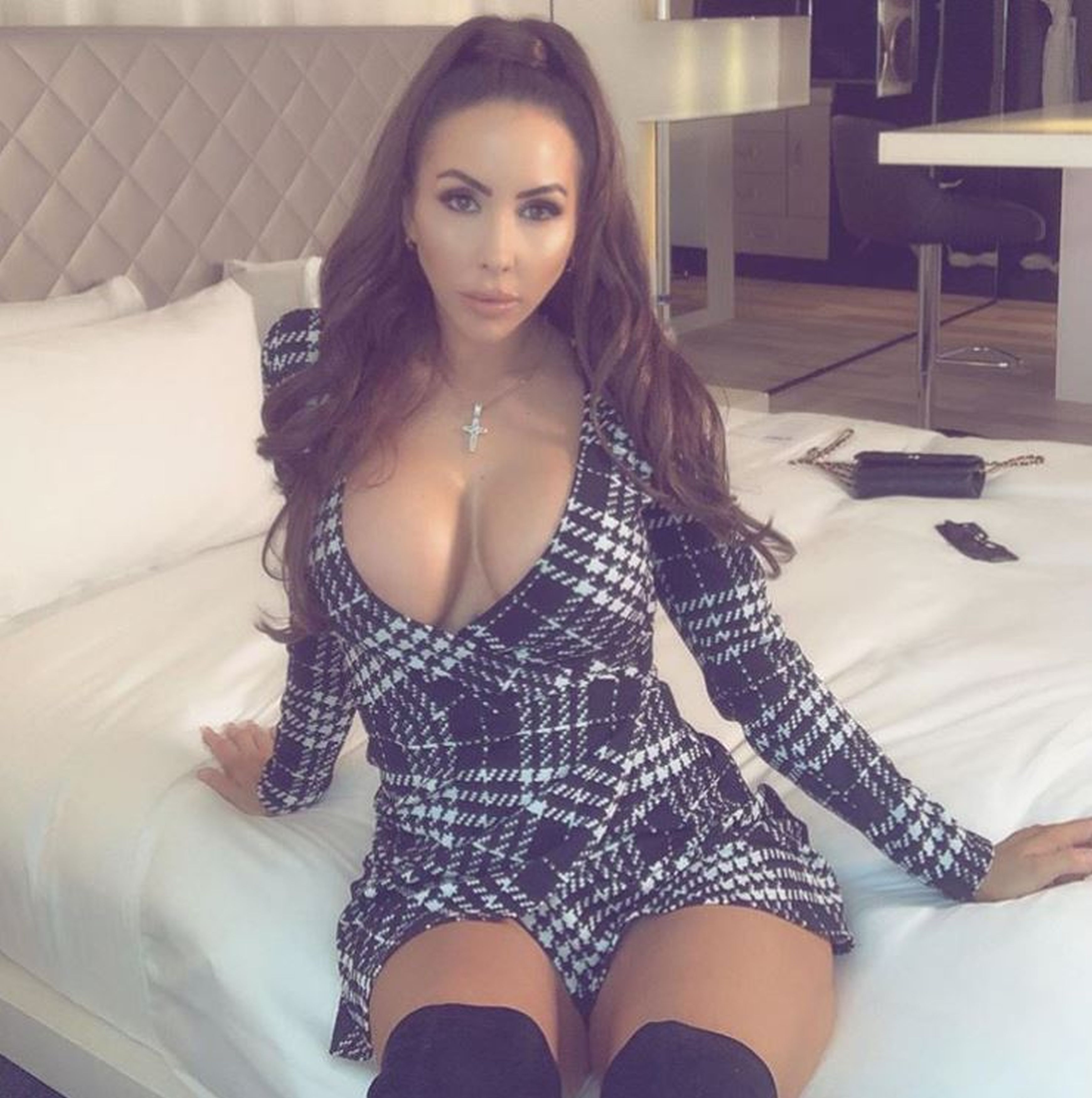 Nina said that she first wore the jumpsuit whilst she was at home cleaning and noticed that the dye transferred onto her white bedding – which she's had to throw away.

Nina said: "I realised when I got up that my whole sheets, pillowcases and everything was literally black from the dye – I was like 'what the hell?'

"I thought 'oh my God, that jumpsuit again'.

"I probably won't bother wearing it again because I might forget that I'm wearing the dreaded one – I've got a lot of light furniture and don't want it to happen again." 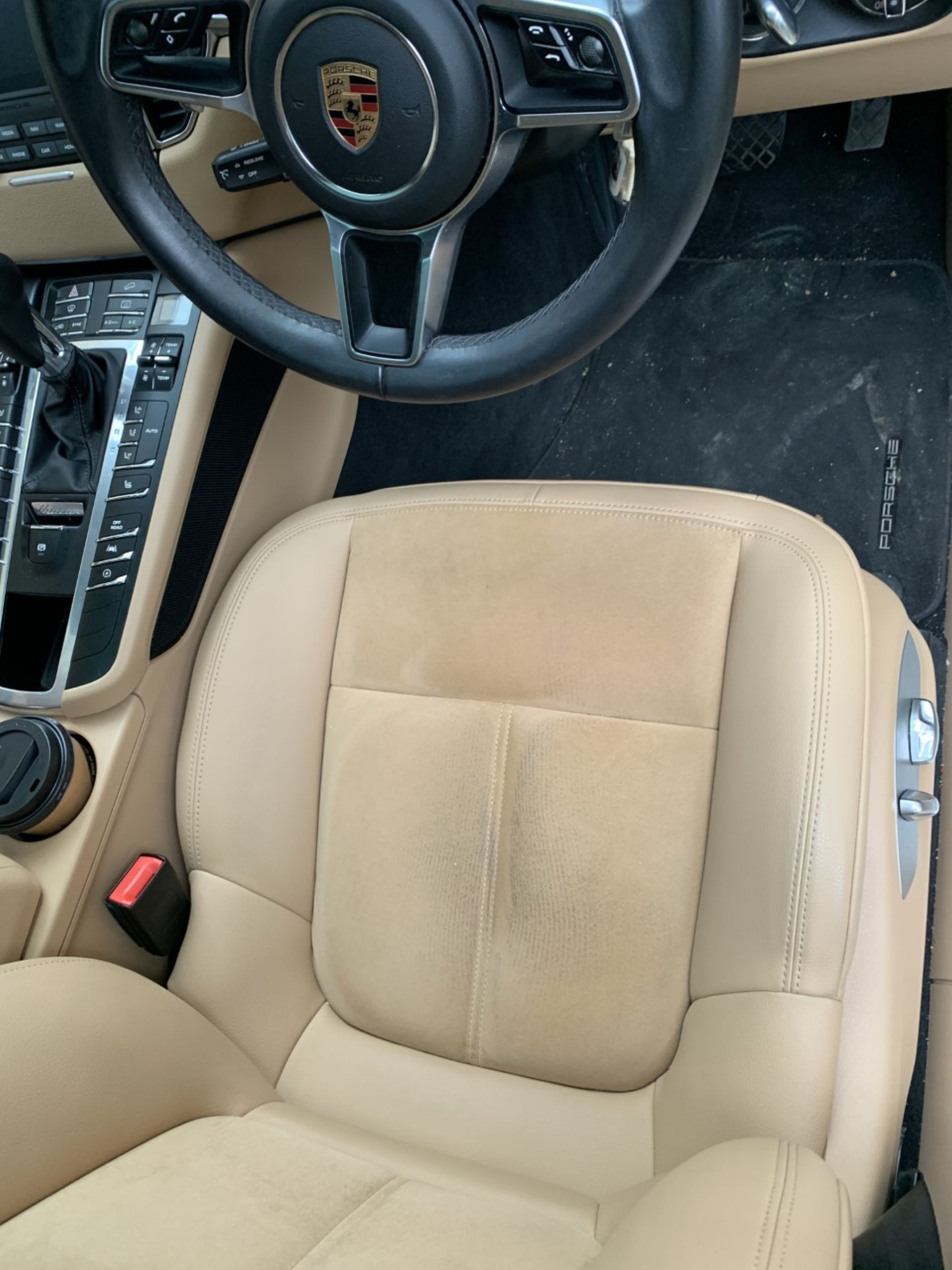 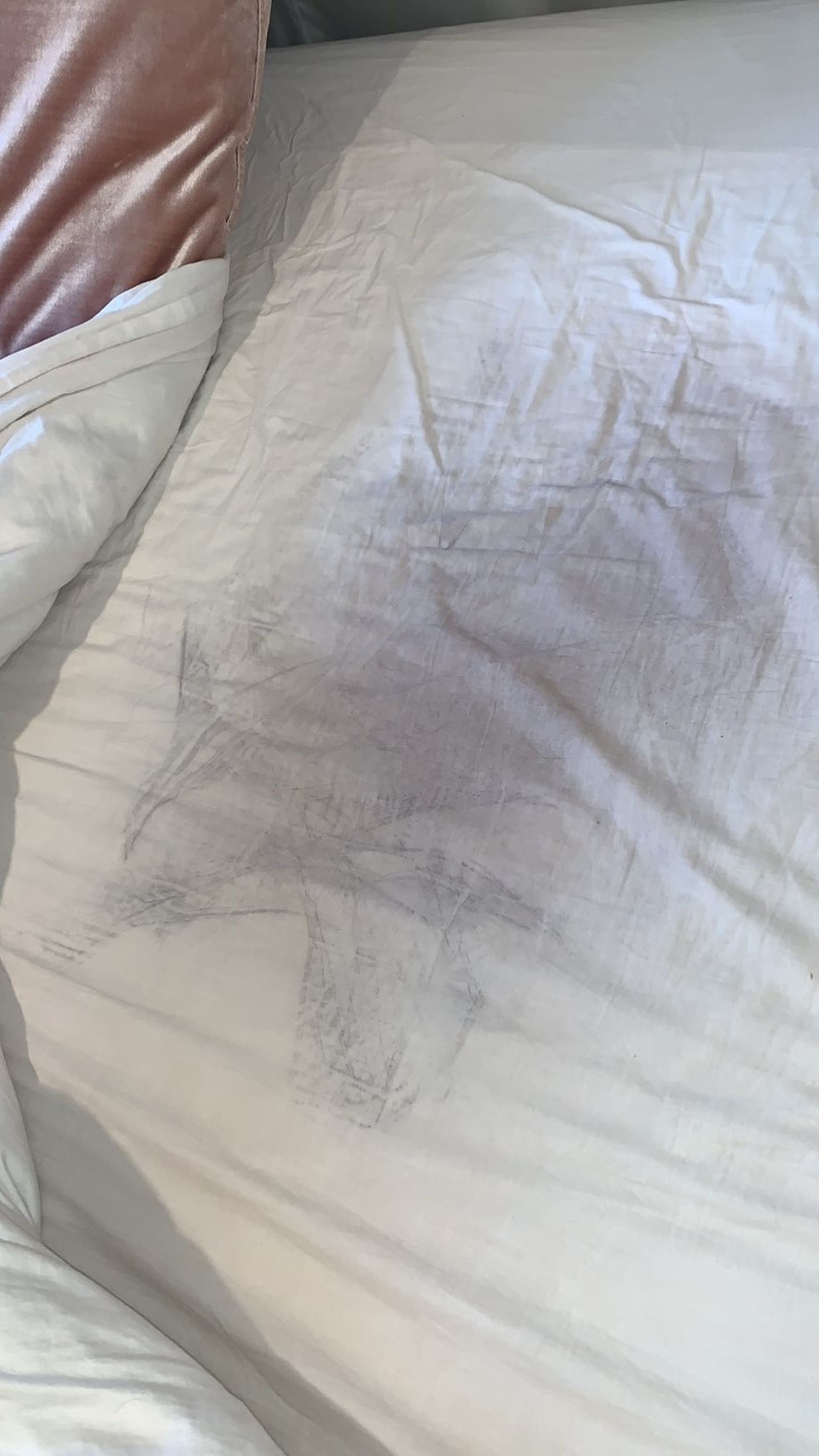 The 30-year-old claims that she contacted Missguided who said that they'd tested the product and after a delay 'confirmed that the dye does not transfer'.

However she says they confirmed that it's been sent for 'further third party testing'.

Nina said: "They said sorry that it happened.

"I've been trying to push for what the options are, but they won't tell me – I got a bit fed up and thought you know what, I won't hold my breath with it and assume that they might fob it off. 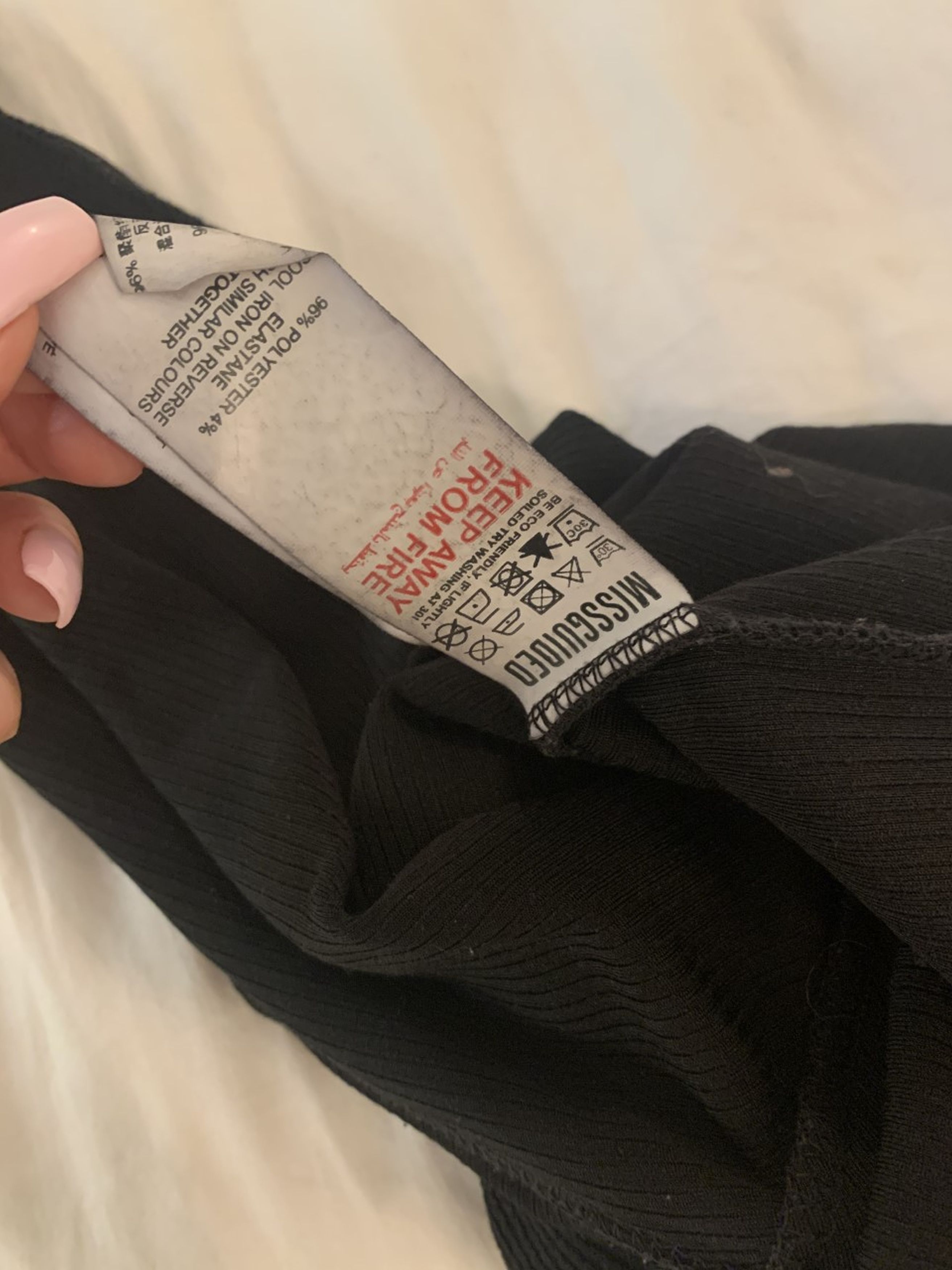 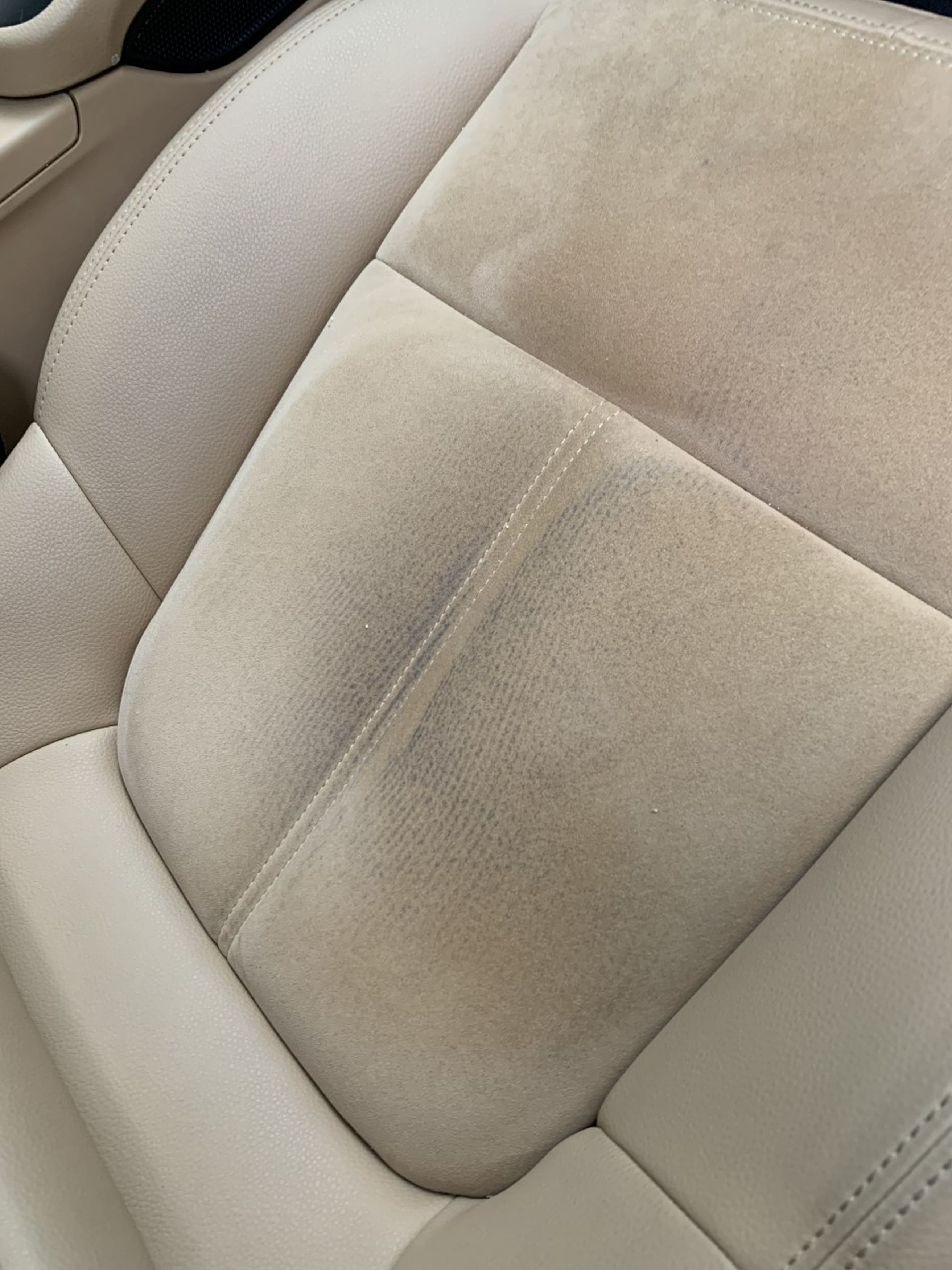 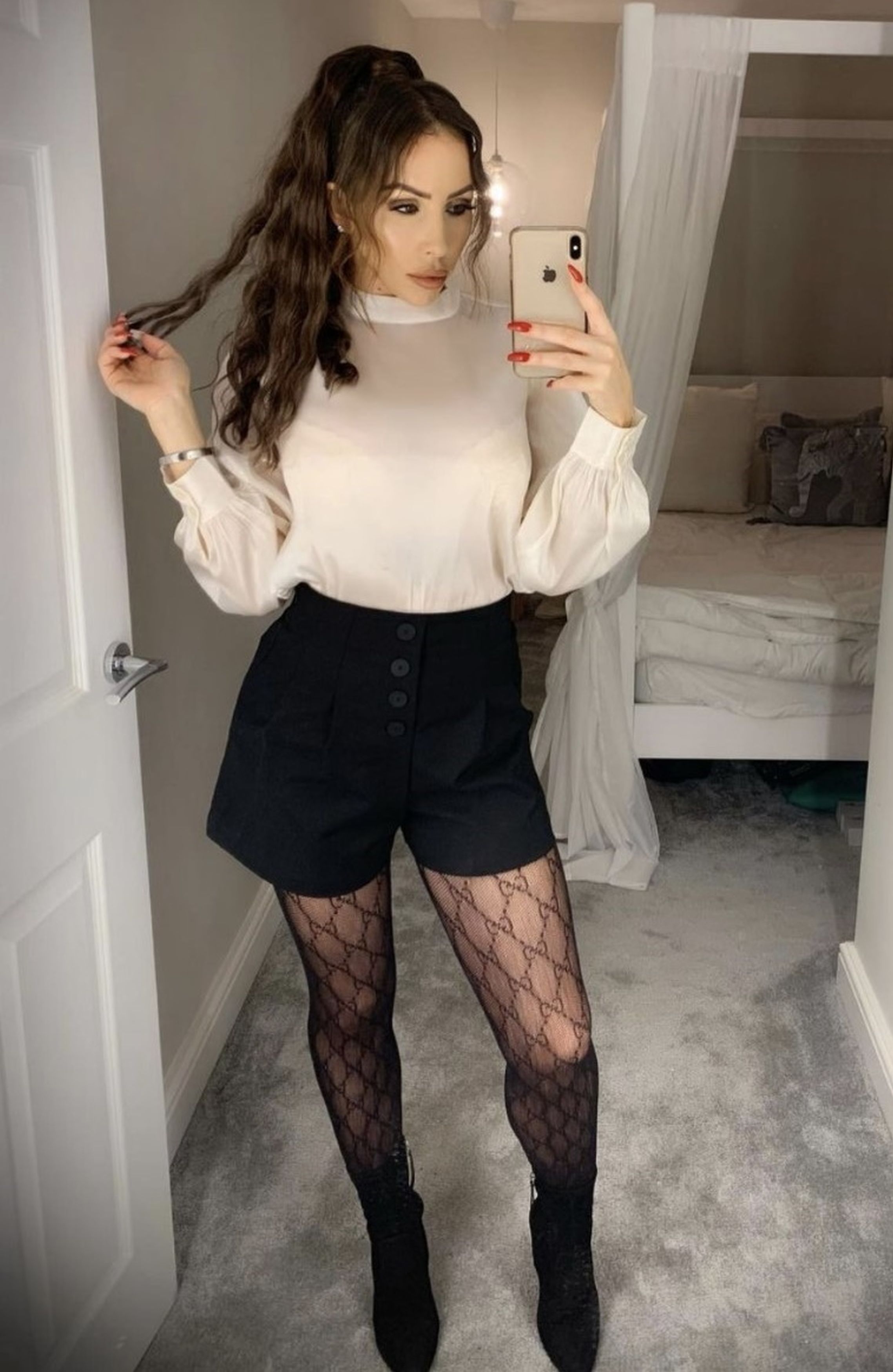 "They haven’t accepted liability but they did ask for receipts and quotes – I don’t know why they would ask for a quote but at the same time say they tested it and the colour doesn’t transfer.

"I order from them all the time and this is the first time anything like this has happened – I'm not going to order anything from them again because I don't want to give them any more money until I've sorted this out."

A Missguided spokesperson said: "We understand the disappointment – we obviously take claims of this kind seriously.

"We're currently looking thoroughly at what happened and we'll keep our customer updated on the progress."

Elsewhere, we told you about another shopper who found suspicious stains in the bikini that she purchased from I Saw It First.

And this fashion fan was left in hysterics after a Bohoo pink crop top left her 34G boobs hanging out because of a sizing error.

Everyone Is Crazy for Glass Skin. Here’s How to Get the Look.