Miranda Lambert knows the power of a good cowboy hat. The country music singer, 37, stopped by a hat store in Nashville, Tennessee to expand her collection and documented her haul on Instagram on Tuesday, July 20. Staying true to her southern country roots, Miranda opted for ripped daisy dukes, a retro white graphic t-shirt, and, of course, a cowboy hat with a little cactus on it for the outing.

“When you can’t decide which hat, you just take them all home!” Miranda captioned the post, tagging the Texas-based store Standard Hat Works. “Think I found my new stage vibe! Thank you for making my cowgirl dreams come true today!”

The country singer has been transitioning back to that stage and work life after the start of the ongoing COVID-19 pandemic halted all shows. In April, the “Bluebird” singer performed her first post-quarantine show at Billy Bob’s Texas — a moment that resulted in a flood of emotions during her performance of “The House That Built Me.”

“I expect to cry on ‘House That Built Me,’ like I always know there’s a possibility, especially if I am playing in Texas,” she explained to CMT iHeartRadio of the emotional moment during an interview on July 19. “Especially if I know my family is there.” 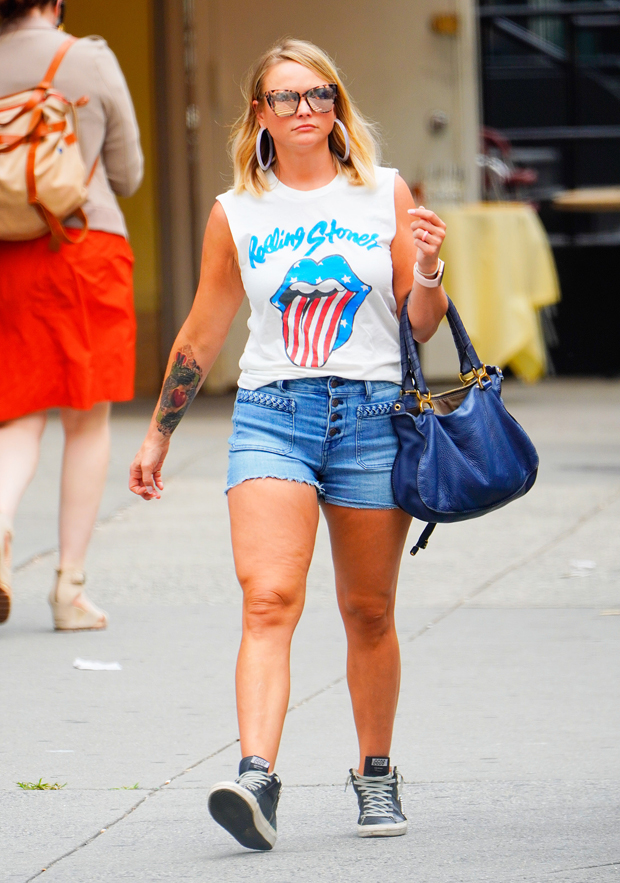 “Billy Bob’s was kind of a honky-tonk house that built me,” Miranda continued. “So, I felt like I knew I was going to get a little bit teary, but I actually just ugly cried. That was my first time back and I had not been on the stage in 401 days or something, and I felt it.”

The singer has also been spending more time in the studio and beginning her summer tour. She last released Wildcard, her seventh studio album, in 2019, and recently released The Marfa Tapes, a collaboration album with Jack Ingram and Jon Randall in May. In a recent interview with Taste of Country last week, Miranda revealed that her next studio album is very much coming — and soon. “Stay tuned,” she said about a release date. “It’s not far.”

For now, though, she’s stocking up on a country music essential: cowboy hats. Boxes and boxes of them.

Zen dos featuring yoga are all the rage but why would you turn your back on the fun of a real hen do?

Zendaya Steps Out In Very Sheer Tunic To Promote ‘Spider-Man: Far From Home’ In NYC — Pics