The birthday girl is here! Miranda Lambert arrived hand-in-hand with her hot husband Brendan at the CMA Awards looking glam in pink!

Paging Elle Woods! Miranda Lambert took a page out of the Harvard grad’s book with her all pink CMA Awards ensemble. Rocking a bright pink dress with shoulder pads, paired with fuchsia stilettos and a pink clutch, the blonde songstress was one of the best dressed of the night! She also had one of the hottest accessories — her husband, Brendan Mcloughlin. The two were all smiles on the red carpet and clearly so in love. 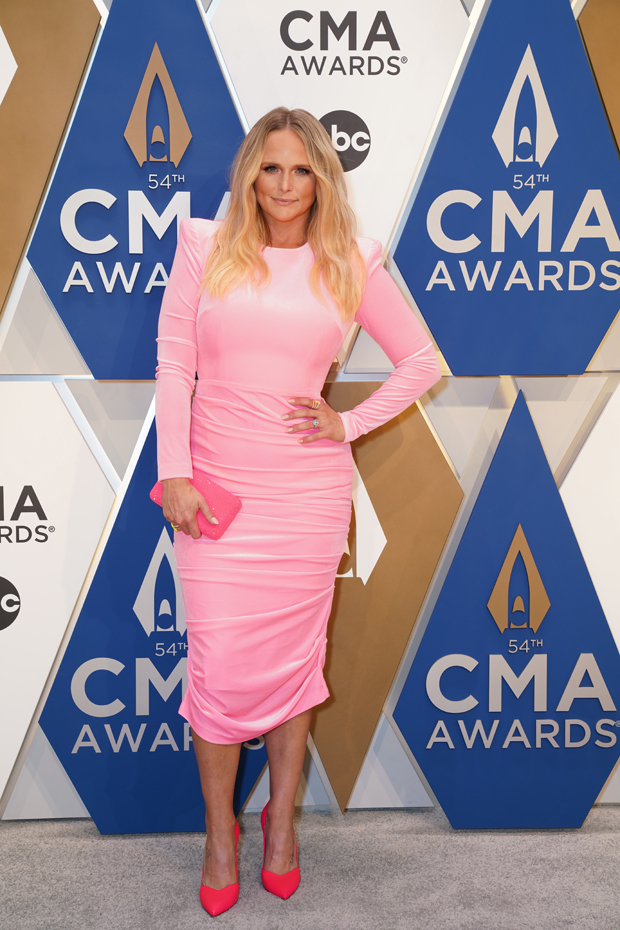 “That’s pretty incredible and it’s also very humbling to be the other one next to Carrie Underwood,” Lambert said ahead of the show. “She’s a force and I’ve always been a huge supporter and believer, and was very vocal last year about how I thought she should take it home. So if she does this year, I’ll be the first one out of my seat.” She added that her history-making seven nominations was “pretty crazy.” “It means my life’s work. It’s literally what I’ve chosen to do with my whole life, and having that validation that your peers believe in what you’re doing and the people in the industry believe in what you’re doing and vote for you all these times and all these years, it means the world to me.” 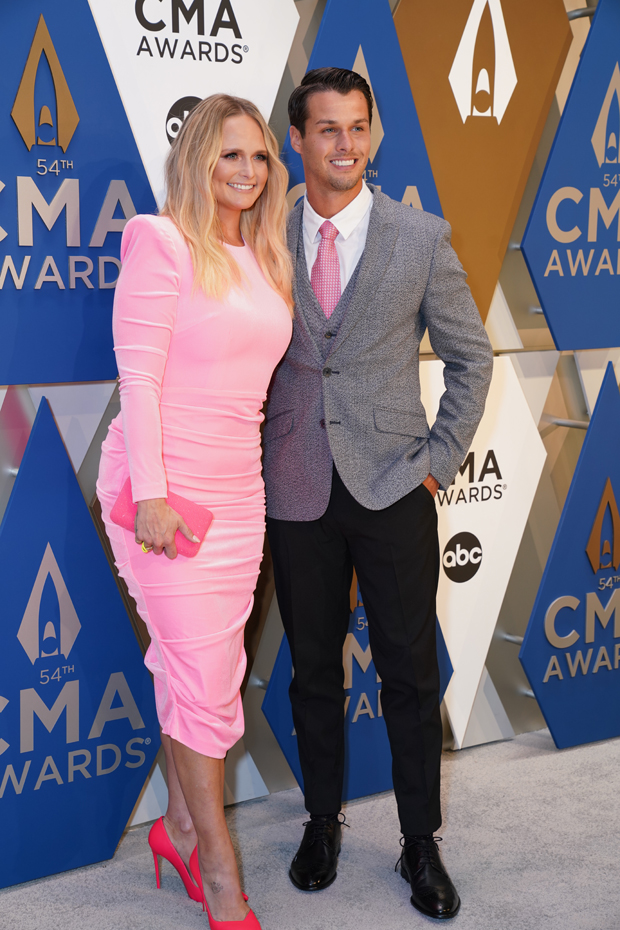 Later in the night, Miranda will be performing a stripped down version of her latest single, “Settling Down.” Recall, fans went nuts over the music video, which featured Brendan at home on their Nashville farm. “It was his debut on film, which he killed it,” she shared with ET. “I knew he would but the abs conversation wasn’t really a conversation. It was like, ‘You have to show the world that if you have it, honey.’ That’s what we have to do.”