The Met Gala is one of the biggest fashion fundraisers out there. And as stars arrived at The Metropolitan Museum of Art in New York last night, there was certainly no shortage of show-stopping designs. The theme for the Met Gala 2019 was Camp: Notes of Fashion. Which famous faces stood out in their spectacular and extravagant outfit choices?

Lady Gaga, a co-chair of the annual benefit, certainly made an unforgettable entrance as she arrived in not one but four dresses.

The first look was a huge vibrant pink billowing gown.

But, she soon unveiled her second look – a black sleeveless dress.

A third outfit, a figure-hugging hot pink outfit, was unveiled next – with Lady Gaga, 33, accessorising the look with a large old-fashioned phone.

She then removed the garment for her fourth ensemble: black underwear, fishnet tights, and a pair of black heeled boots.

Fellow Met Gala co-chair Serena Williams wore a bright yellow gown which draped in a train behind her. 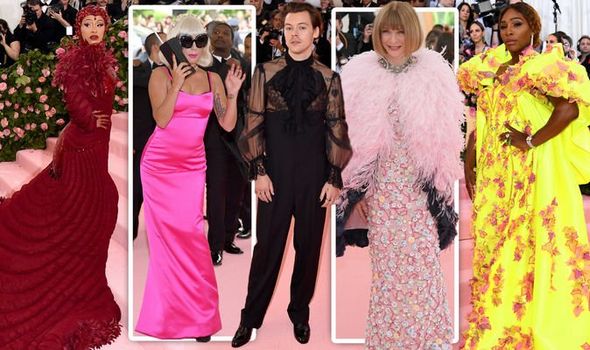 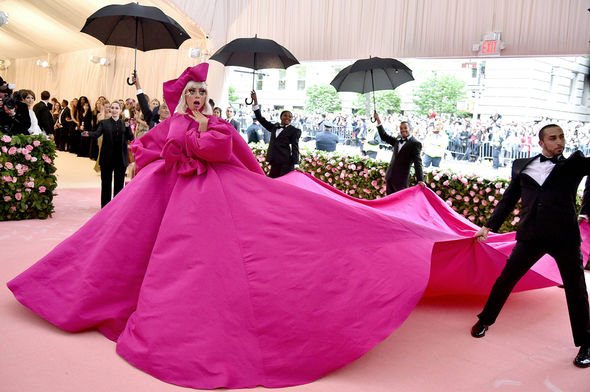 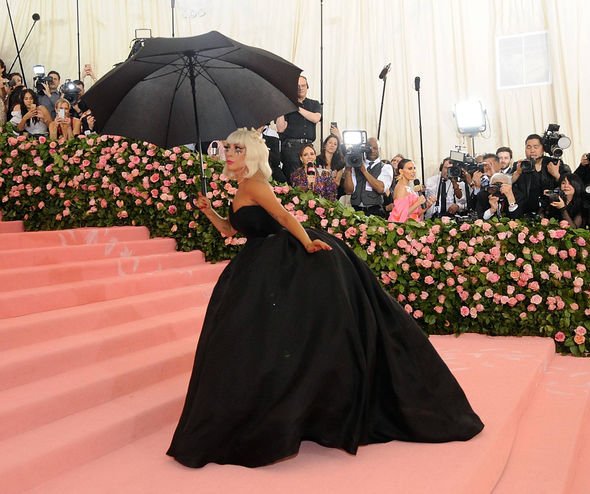 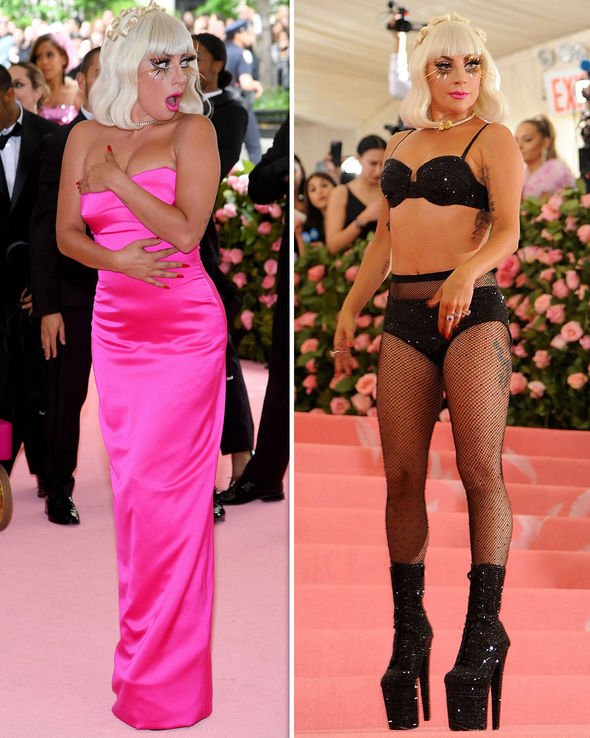 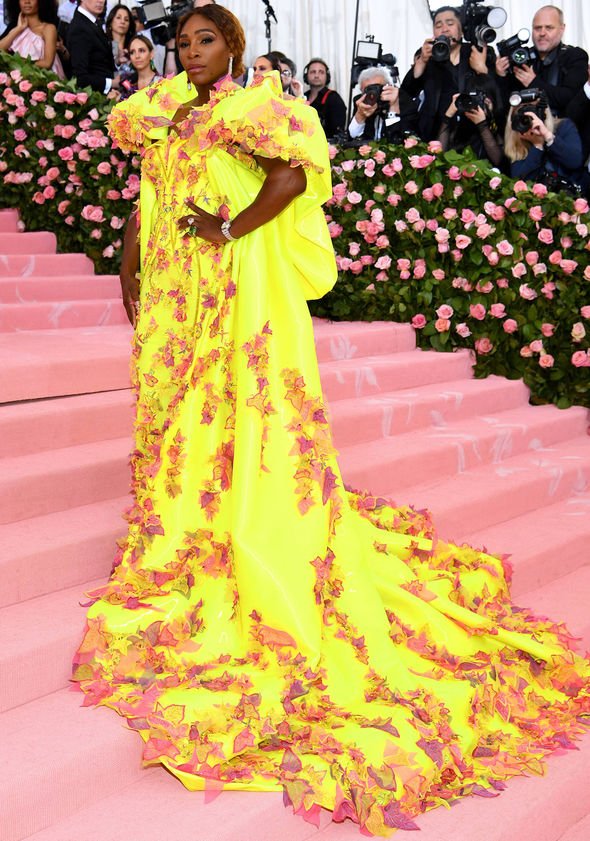 The Mt Gala 2019 theme was Camp: Notes on Fashion

The 37-year-old teamed it with a pair of matching Nike trainers.

Meanwhile, Michael Urie, 38, opted to wear both a pinstriped suit, and a pale pink ruffled gown – in a half-and-half look.

He paired the incredible design with two types of footwear: a black flat shoe to match the dress, and a pale pink stiletto heel to go with his suit.

Elsewhere on the red carpet, Harry Styles wowed in a black sheer shirt, which he teamed with high-waisted trousers.

The blouse featured lace detailing at the cuffs.

The singer, 25, also wore a number of rings on his fingers, as well as a pearl drop earring on his right ear. 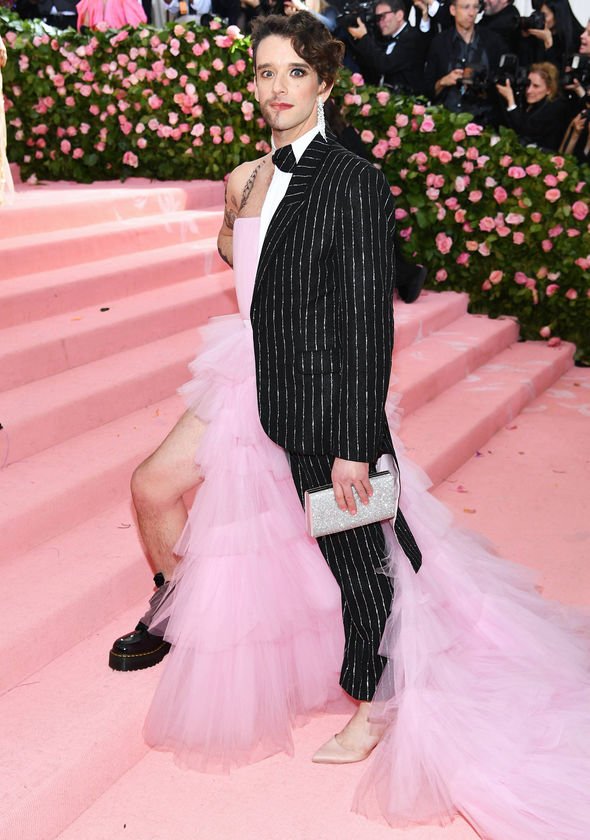 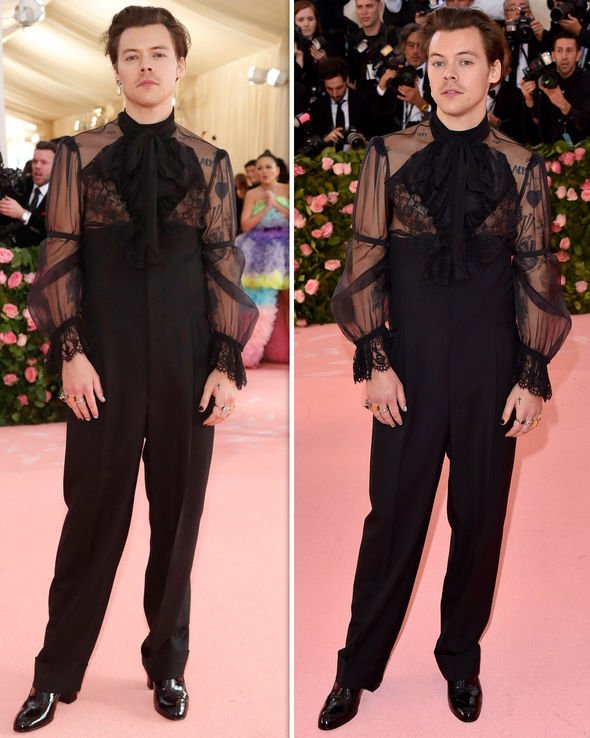 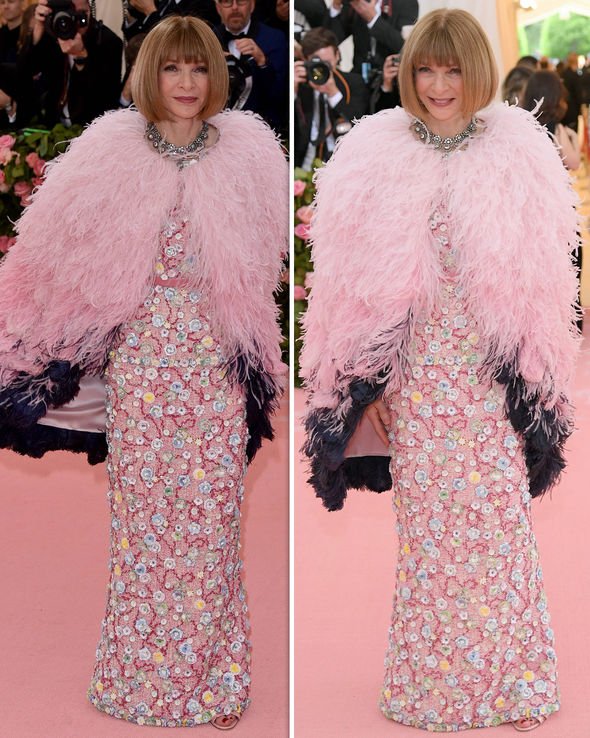 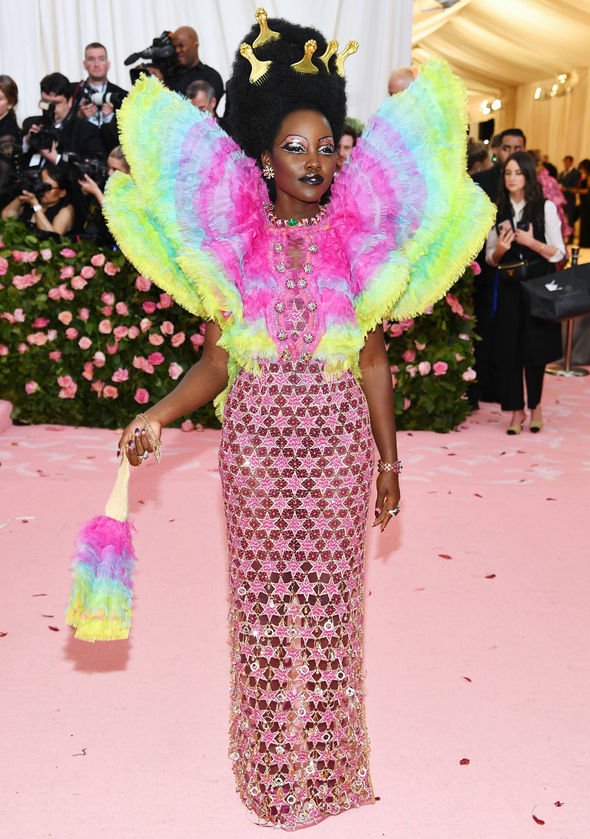 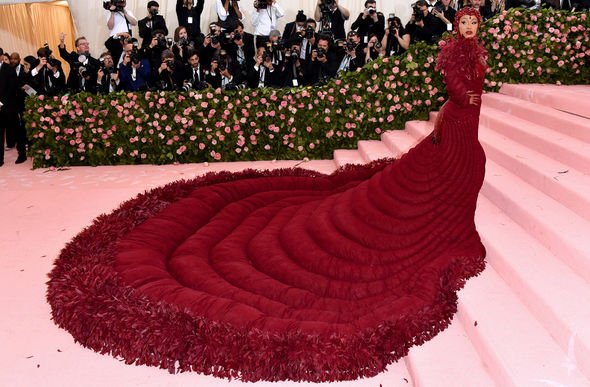 The dress was made up of a pink and red kaleidoscope-style pattern, as well as a statement shoulder-piece of rainbow tones.

She teamed it with a matching bag.

US Vogue editor-in-chief Anna Wintour, who was also co-chair at the fundraiser, opted for a pale pink feathered look.

Meanwhile, Cardi B and her incredible red gown turned heads as she ascended the steps to the event.

Her figure-hugging maroon dress flowed behind her into a ginormous train, and the edges had been adorned with feathers of the same tone.

These Tweets About Nars’ New Lipstick Ad Are Hilarious & So NSFW