Kamala Harris was a vision in purple at the inauguration on Jan. 20! The Vice President, who stunned in a long coat and pearls, wore designs by Christopher John Rogers and Sergio Hudson — two talented Black designers!

Hurry up and get yourself a purple coat, because they’re about to sell out fast! Vice President Kamala Harris looked radiant in a purple ensemble on Inauguration Day  in Washington D.C. The first female, Black American and South Asian American Vice President wore a long coat over a dress of the same color. She donned designs by Christopher John Rogers and Sergio Hudson, according to Marie Claire, which noted that First Lady Michelle Obama has also been seen in Hudson’s designs. Rogers is a Brooklyn-based Black designer from Baton Rouge, Louisiana and Hudson is a Black designer from South Carolina. 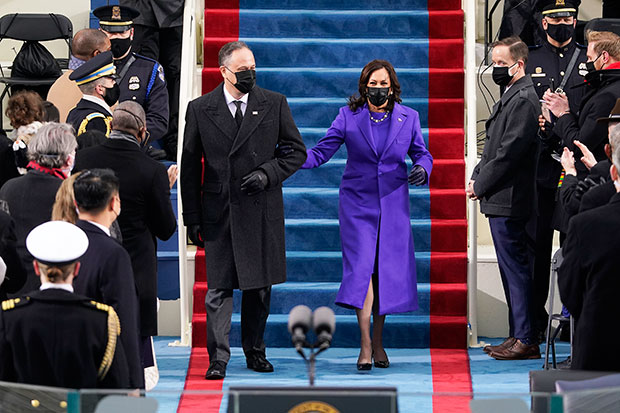 Kamala’s white pearls glistened with every turn of her head. The Vice President’s signature pearls are a well-documented ode to her Alpha Kappa Alpha sisterhood. Though, Vice President Harris sported her best accessory — an American Flag pin on her left lapel. Additionally, she stepped out in pointed black heels, gloves and a dark face mask amidst the COVID-19 pandemic. 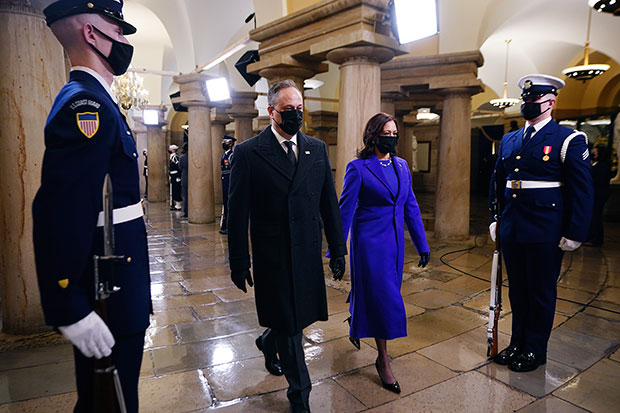 Just one night prior, Harris traded in her Converse sneakers for black Pascalare boots by Manolo Blahnik, in which she paired with a camel colored coat by Kerby Jean-Raymond of Pyer Moss — the New York designer who helped lead fashion’s contributions to battling the coronavirus pandemic in 2020. Harris was pictured on the eve of the inauguration with husband Douglas Emhoff.

Throughout her campaign, Harris has made purple a frequent addition to her messaging and wardrobe to pay homage to Shirley Chisholm — the first black woman to run for President in 1972. Harris has used similar color schemes that were incorporated in Chisholm’s historic campaign.

Where do pumpkins grow and how did they first become associated with Halloween? Everything you need to know