Home » Fashion » Inside Lady Gabriella Windsor and Thomas Kingston's wedding, where the bride gave a heartfelt speech and cut the eight-tier cake with a sword

FROM cutting her eight-tier wedding cake with a sword, to giving a heartfelt speech, it certainly seems Lady Gabriella Windsor had a fabulous wedding day yesterday.

The royal married her long-term boyfriend Thomas Kingston in St George's Chapel, Windsor Castle, in what was the third royal wedding in the space of a year – and from royalty to celebrities, famous faces have been taking to social media to post their highlights from the special day. 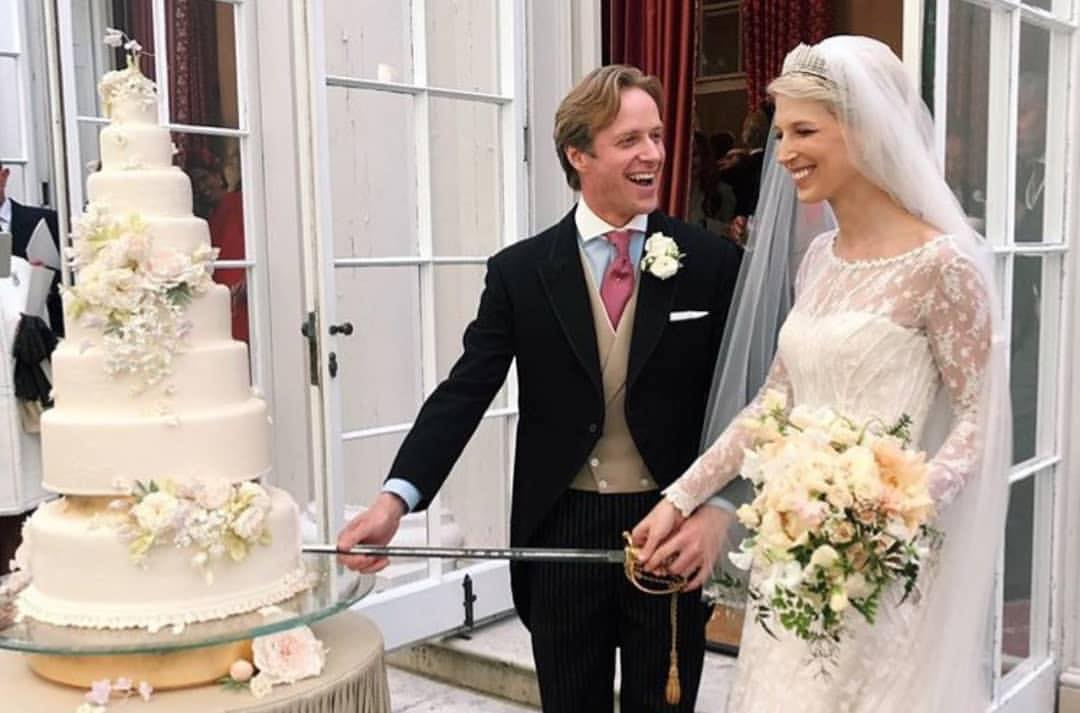 Lady Gabriella wore a lace gown by Italian designer Luisa Beccaria and arrived at the chapel in a claret coloured vintage car.

The Queen led the royal family at the wedding and was joined by the Duke of Sussex, who left his baby son Archie at home to attend, and the Duke of Edinburgh, making a rare public appearance.

And once the couple were officially married, the celebrations continued – with guests posting snaps and videos from the day.

Photographs inside the party show Lady Gabriella cutting her eight-tier wedding cake with a sword. 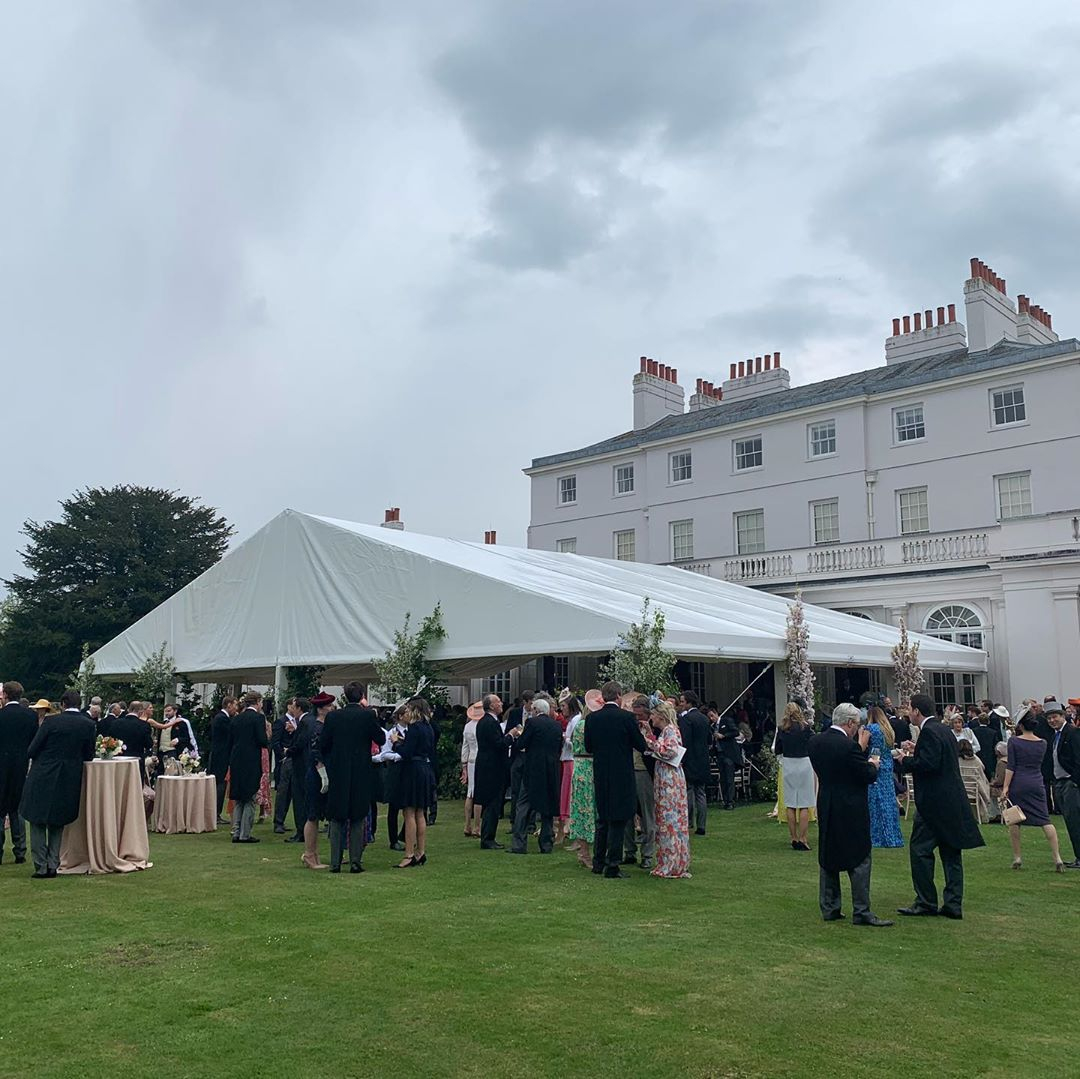 The cake was made by Fiona Cairns – who also created the Duke and Duchess of Cambridge's wedding cake – and consisted of three different flavours: Fruit cake, Victoria sponge and Limoncello sponge.

"We were so honoured to make this royal wedding cake and be part of such a special day!"

The beautiful bride Lady Gabriella Windsor and her husband Mr Tom Kingston cutting their Fiona Cairns wedding cake at Frogmore House yesterday. We were so honoured to make this royal wedding cake and be part of such a special day!

A video from the reception also showed Lady Gabriella following in the footsteps of Meghan Markle by breaking from tradition and delivering her own heartfelt speech.

"Thank you so much for making all of this possible, both at beautiful St George's Chapel and here at Frogmore – a place so filled with charm and history throughout the house and its enchanted gardens," said Gabriella.

"It is particularly meaningful to me as my grandparents, who I never had a chance to meet, are buried here." 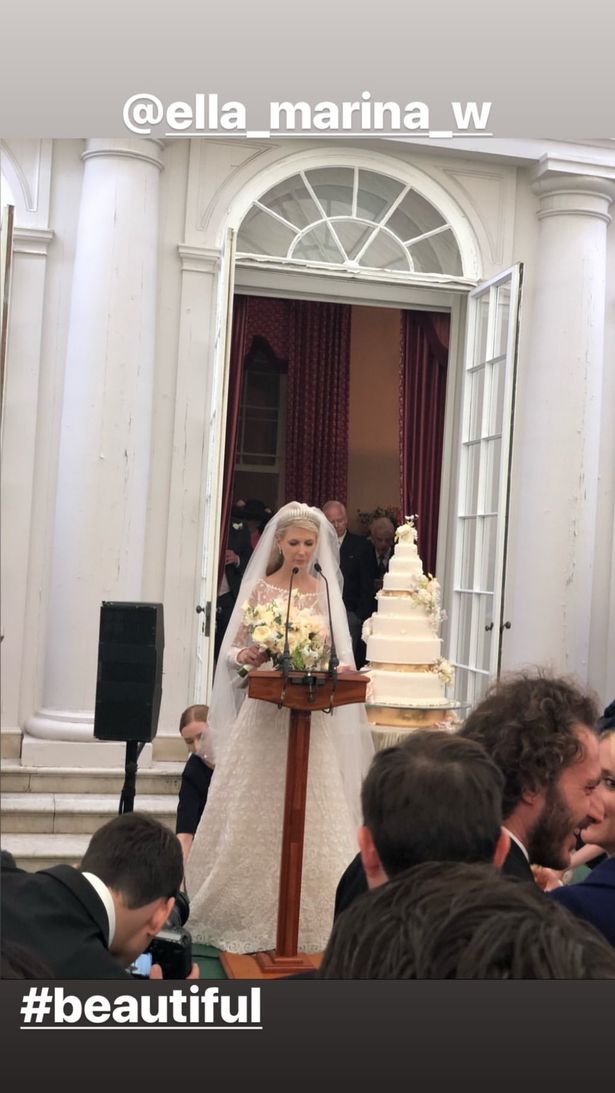 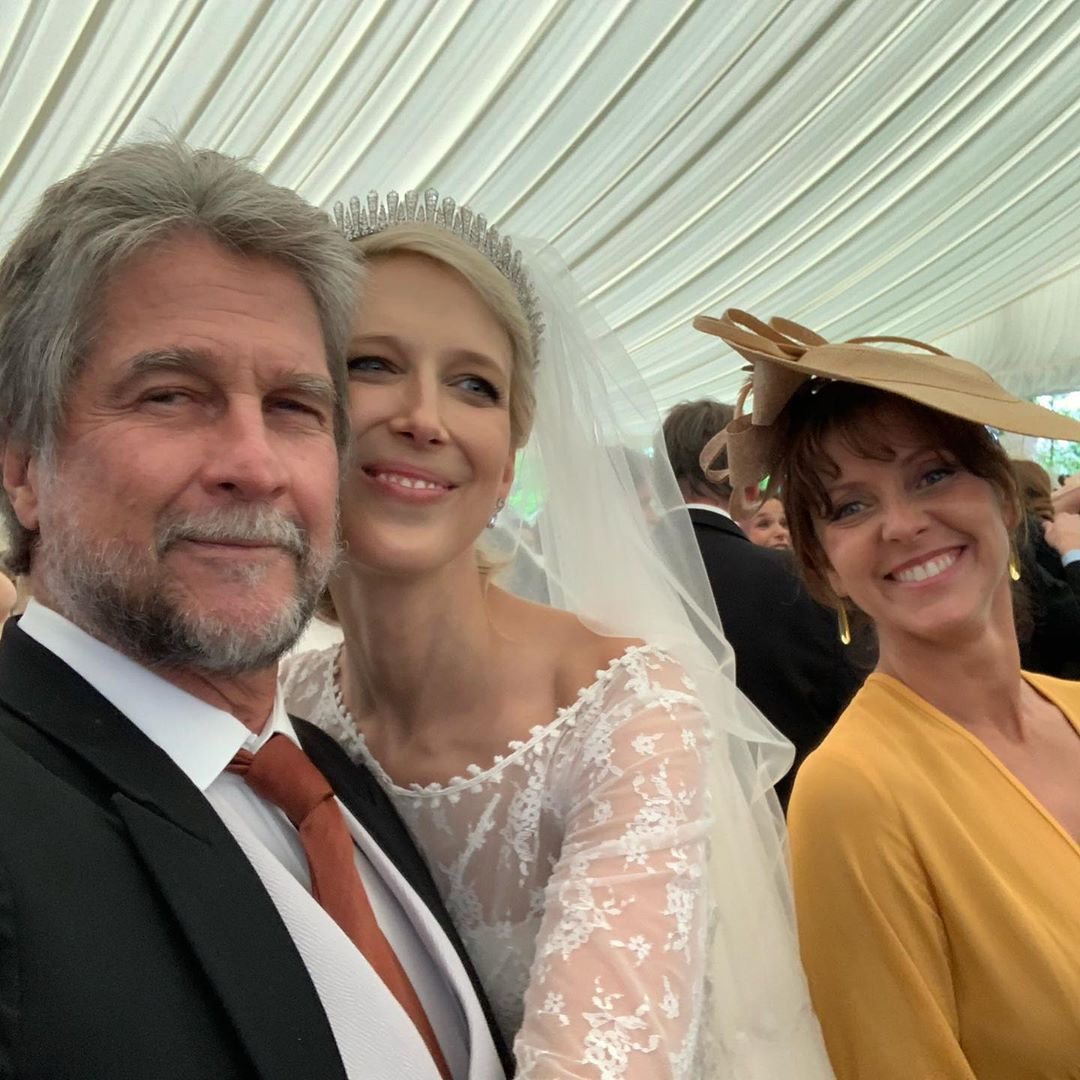 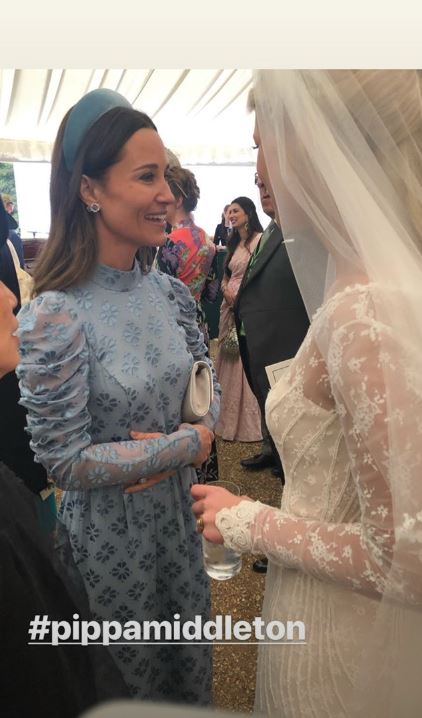 Another emotional outtake from the day shows the 38-year-old taking the Queen's hand for a one-to-one chat.

The bride also stopped for a catch up with Pippa Middleton – who appeared to have taken style tips from her sister Kate yesterday, wearing a Kate Spade midi dress with matching blue headband.

Other guests included ballet dancer Fernando Montaño, who posted an image of the beautiful bride on Instagram, captioned: "It was great to see my dear friend so happy and beautiful on her special day!" 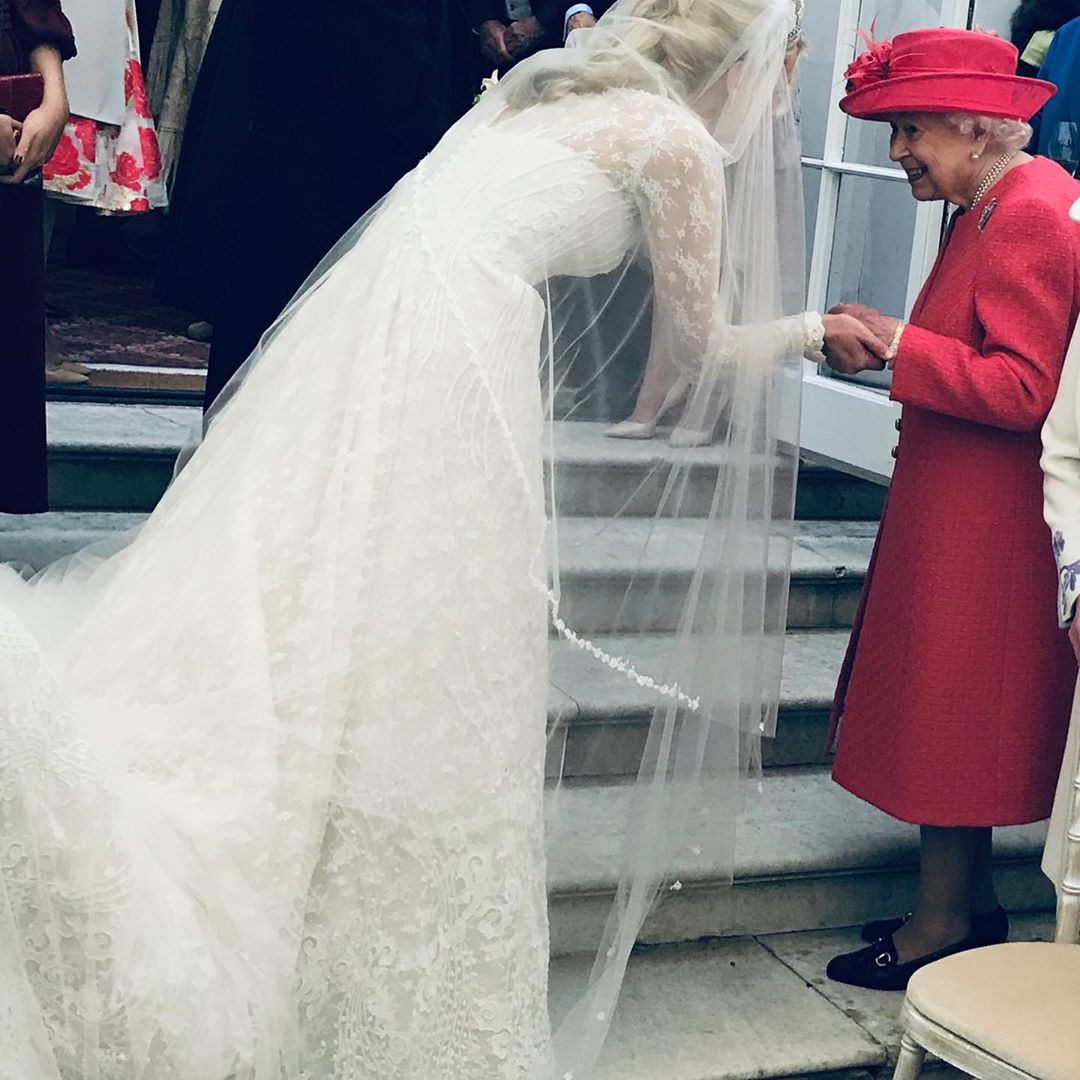 It was the third royal wedding in the 15th century venue in less than a year following the star-studded nuptials of Harry and Meghan and then Princess Eugenie and Jack Brooksbank in October.

The Duke of Sussex, who was without Meghan Markle, arrived at the ceremony with Peep Show actress Sophie Winkleman, who is married to Lord Frederick Windsor, along with his uncle Prince Edward and aunt Princess Anne.

Prince Andrew arrived with his ex-wife Sarah, the Duchess of York, and their daughter Princess Beatrice and her boyfriend Edoardo Mapelli Mozzi. 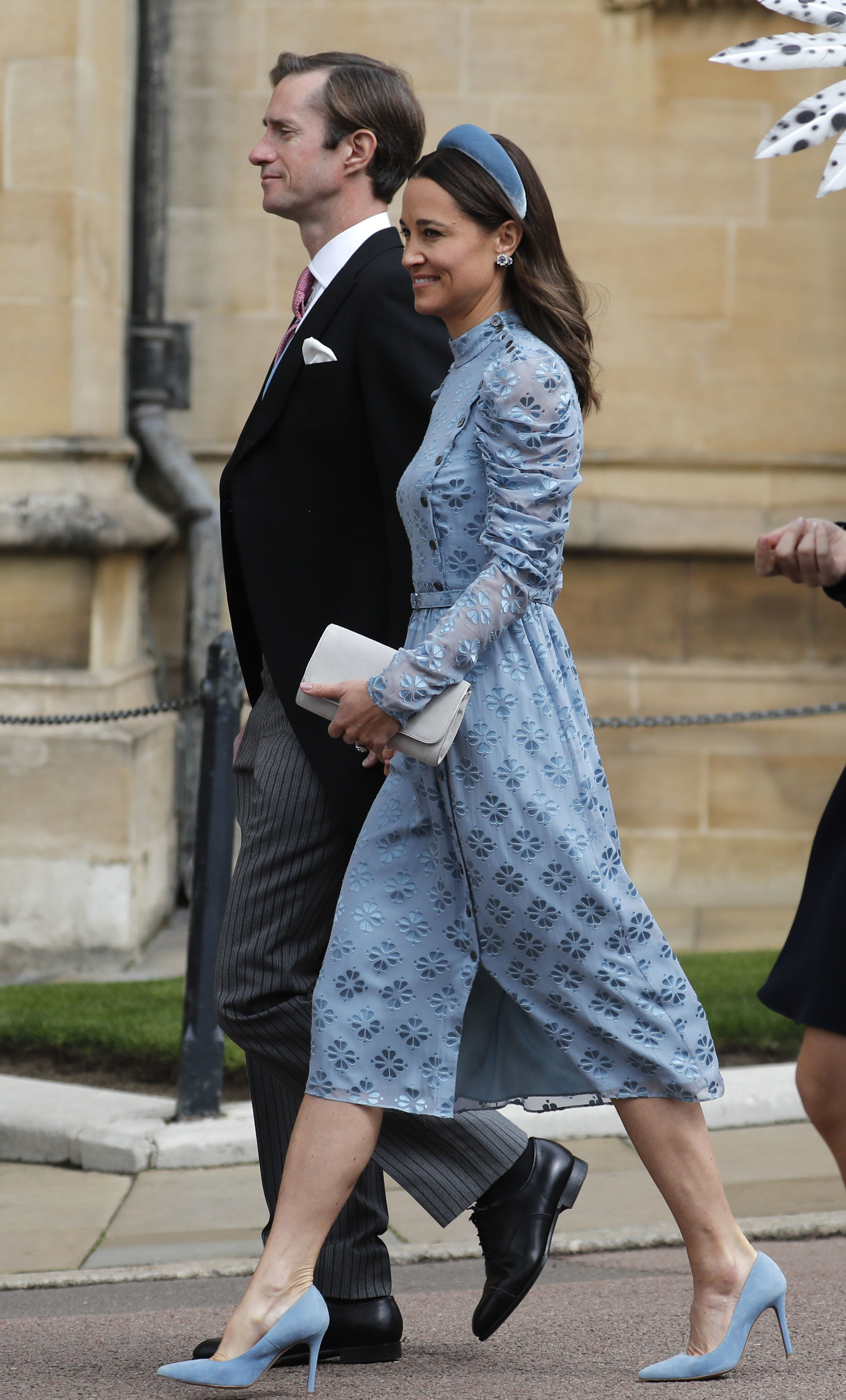 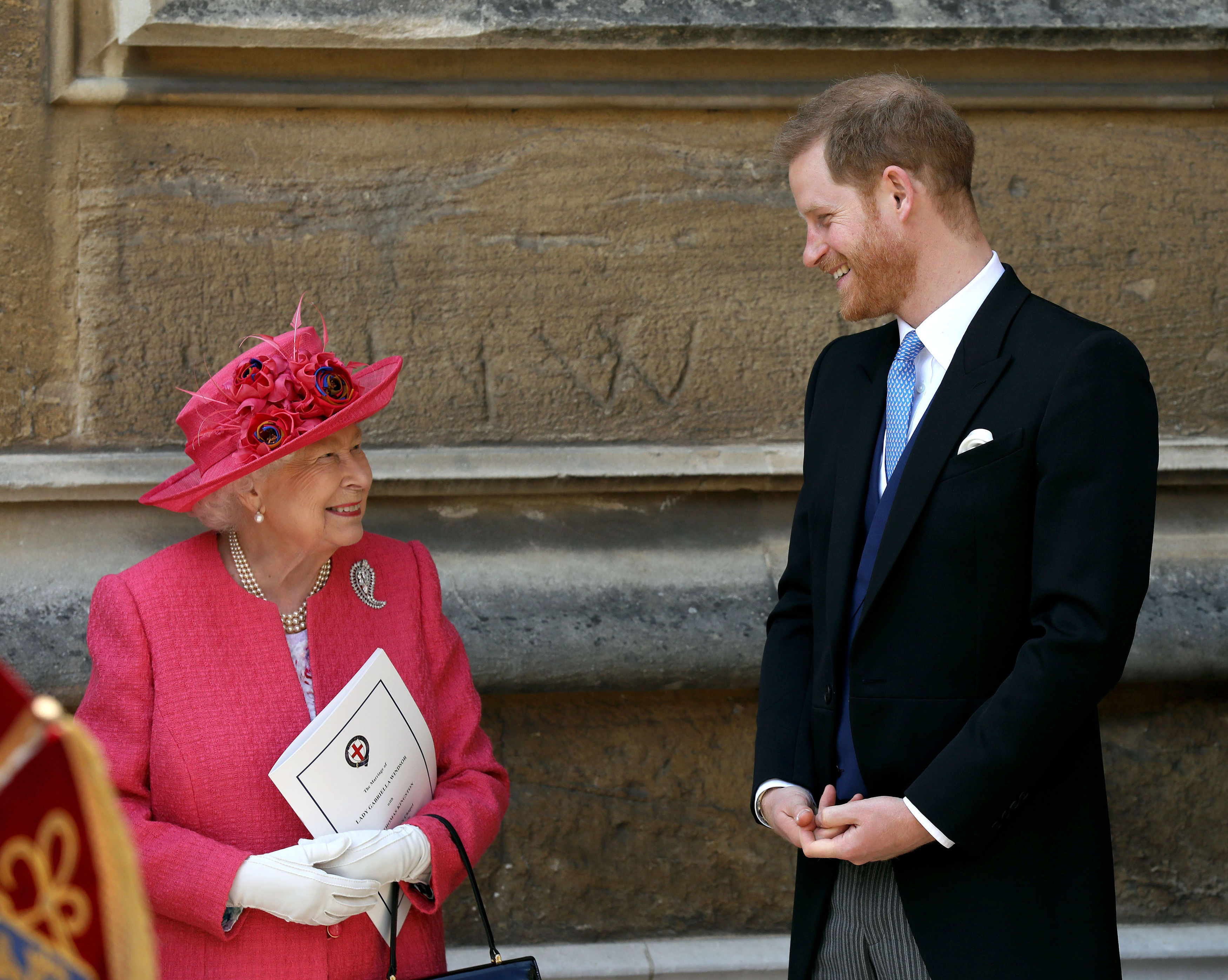 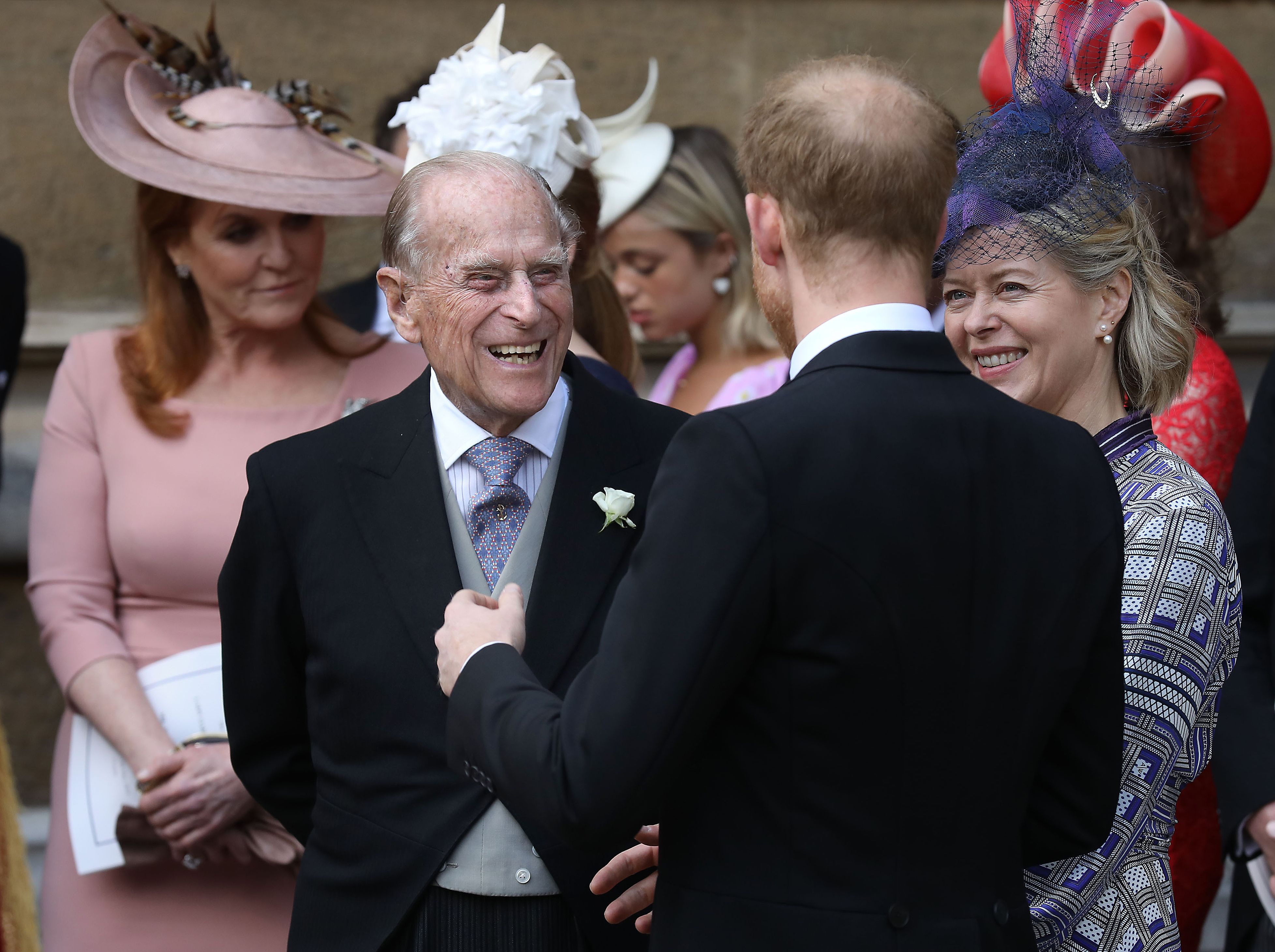 Pippa Middleton and husband James Matthews, who got married two years ago, were also in attendance, as was Pippa's younger brother James, who was seen walking hand-in-hand with his French girlfriend Alizee Thevenet.

The Duke of Cambridge, president of the Football Association, did not attend due to the FA Cup final between Manchester City and Watford later that day.

Lady Gabriella, 38, who is known as Ella, had been dating Mr Kingston for a number of years when he proposed last summer.

Her father, Prince Michael, is the Queen's cousin. 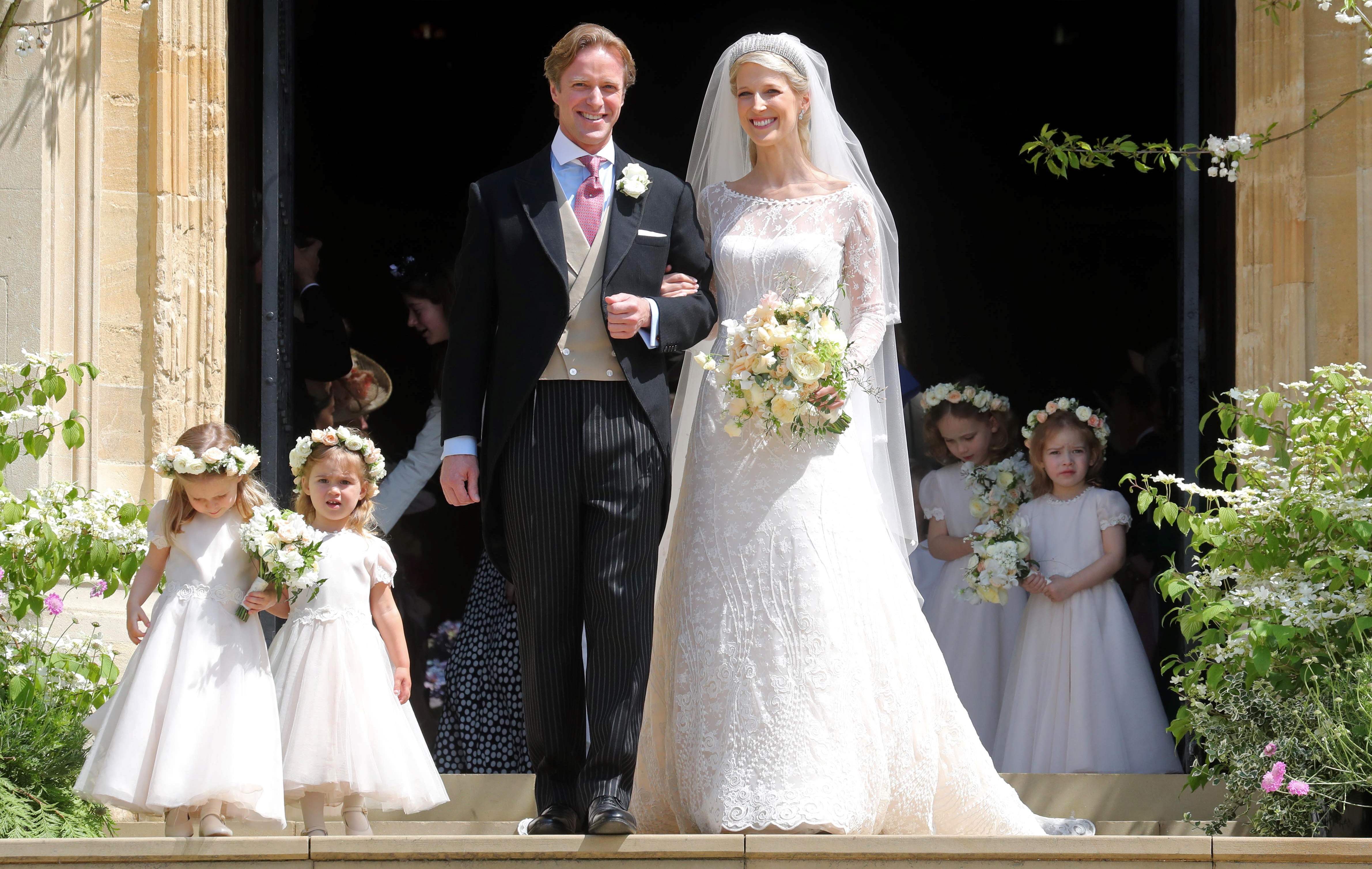 Not a working royal, she is employed as an arts and travel director for brand company Branding Latin America, based in Knightsbridge, London.

Mr Kingston is a director of Devonport Capital, which specialises in providing finance for companies in "frontier economies" and is a close friend of Pippa.

In other royal news, we told you Meghan Markle is listed as a Princess on Archie’s birth certificate because she technically is Princess Henry – but not Princess Meghan.

And we showed you Prince Harry needs Meghan Markle ‘more than she needs him’, Royal biographer claims.