PARENTING can be a battleground.

For one parenting expert, a simple word swap made the world of difference, and her kids have been better behaved ever since. 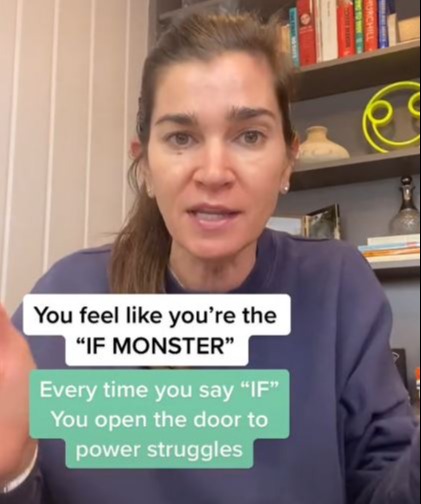 In a Tiktok which has nearly 400k views Tia Slightham said: "If your house sounds like this, I want you to make one simple change."

All you have to do is think more about the words you are using to address your kids when you are asking them to do daily tasks.

Her key message was: "Instead of saying 'If', I want you to switch it to 'when'."

In the minute long video she began by giving examples of things parents often say to their kids to get them to do their daily routines.

She then advised fellow parents: "If you feel like you are the monster of 'if', every time you say 'if' you open the gate to power struggles."

She explained that using the word 'if' leaves the door open to argue with your kids.

Using a metaphor, she said: "When you say 'if' you pick up your side of the rope in a game of tug-of-war and your kids pick up their side of the rope, because we cant force our kids to do things."

Say 'when you've done your dinner, then it is time for dessert' instead of 'If you don't eat your dinner, no dessert.'

Use 'when you are ready to go, then you can watch TV' instead of 'If you don't get ready right no, no TV for a week'.

Fellow parents debated her advice in the comments, saying: "Good advice but I want them to do what I want now, not when they feel like it."

Another joked that: "My stubborn toddler will be 'ready' for books at 2am."

One mum found it helped tremendously and sang the methods praises, saying: "Started doing this and zero power struggles! If they take too long, then we don't have time for the 'when' thing."

"I never thought about the IF word, thank you, I'm gonna try this switch." added another parent, who was about to make the simple word switch. 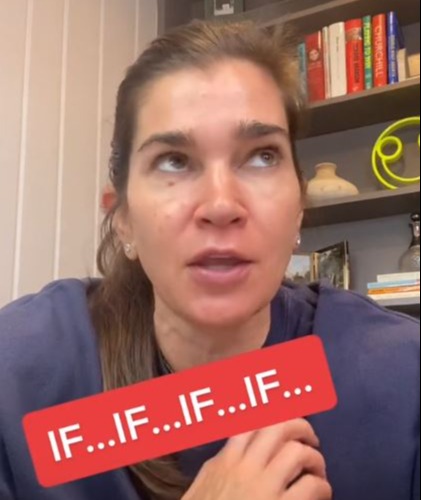 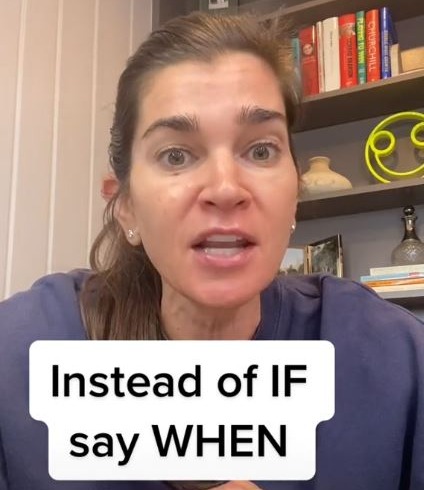 And this woman admits to being a ‘bad mum’, and says 'other parents hate me because I let my three-year-old son swear… but it’s always in the right context.'

And this mum says having a baby is ‘the worst mistake of her life’ in heartbreaking confession, admitting ‘I f****** hate it’.