SISTERS Hayley and Sadie Bray are the very best of friends. They chose the same career, both love to travel and speak on the phone every single day.

But the two have grown closer than ever since Hayley was attacked by a mystery virus leaving her paralysed, while working as a nursery nurse at a five star hotel in Ibiza. 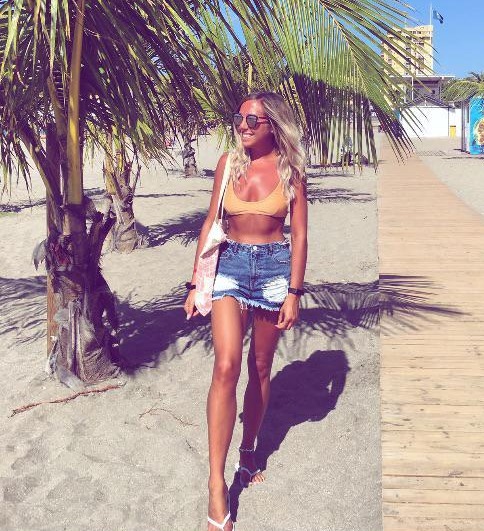 Hayley, aged 27, now living independently again after spending eight months in hospital, says: “My little sister was my rock throughout a terrible ordeal. I don’t know how I would have got through it all, without her.”

Hayley is two years older than Sadie. They have the same father, but have different mums. Hayley is from Deal, Kent, while Sadie’s home is in Leeds.

“But despite living at separate ends of the country, we’re very close. We speak on the phone daily and always say we are each other’s best friends,” says Sadie, 25. “We even went into the same line of work, both becoming nursery nurses.”

After leaving university Hayley decided to go travelling, supporting herself by working as a nanny and nursery nurse in hotels and cruise ships. 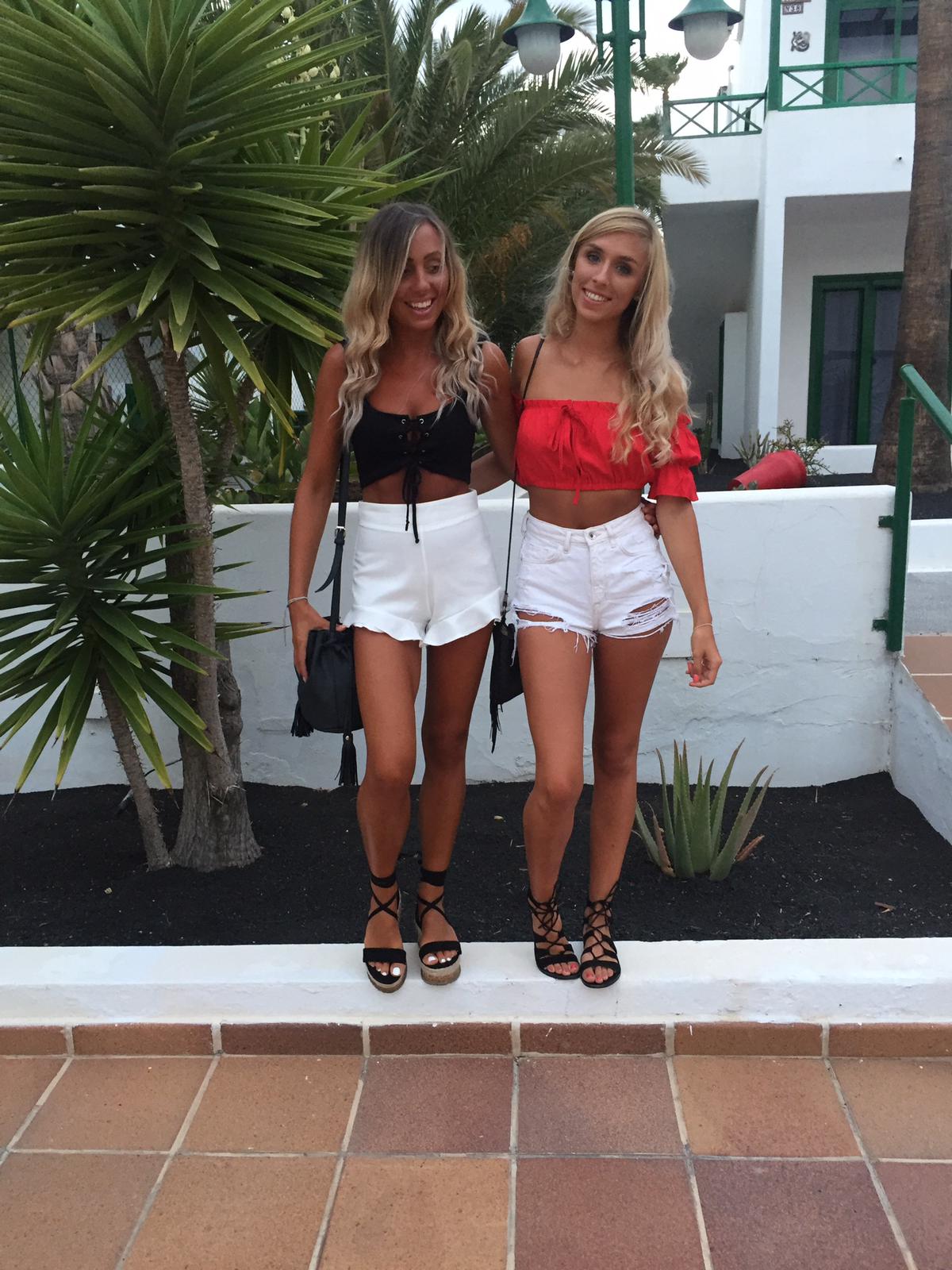 “Over the next five years, I went to Thailand, Croatia, Greece and Spain, and worked on some cruise ships in the Caribbean and Med. Sadie came to visit me in various countries. The two of us had some great holidays together.”

But on June 12, 2019, while working in the nursery at a hotel in Ibiza, Hayley fell ill with what she thought was a bladder infection – and her life changed forever.

She says: “The initial symptoms were, over the previous night, I felt restless and couldn’t empty my bladder. But next day, I managed to get through most of my shift, before having to ask my manager if I could leave.

“I went to a local Spanish doctor that evening, and was sent on to A and E in a small ambulance. Then I was admitted to hospital. Once there, I started feeling a lot worse. Apparently, I texted my mum to say I couldn’t feel my legs. But I don’t remember doing that. Soon afterwards, I lost consciousness.”

Meanwhile, back in the UK, Sadie and the rest of the family knew Hayley was unwell, but were unaware of her location and worsening condition. 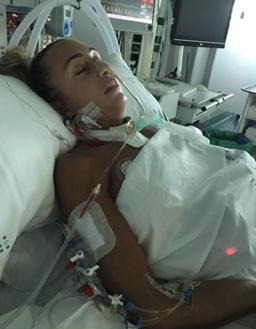 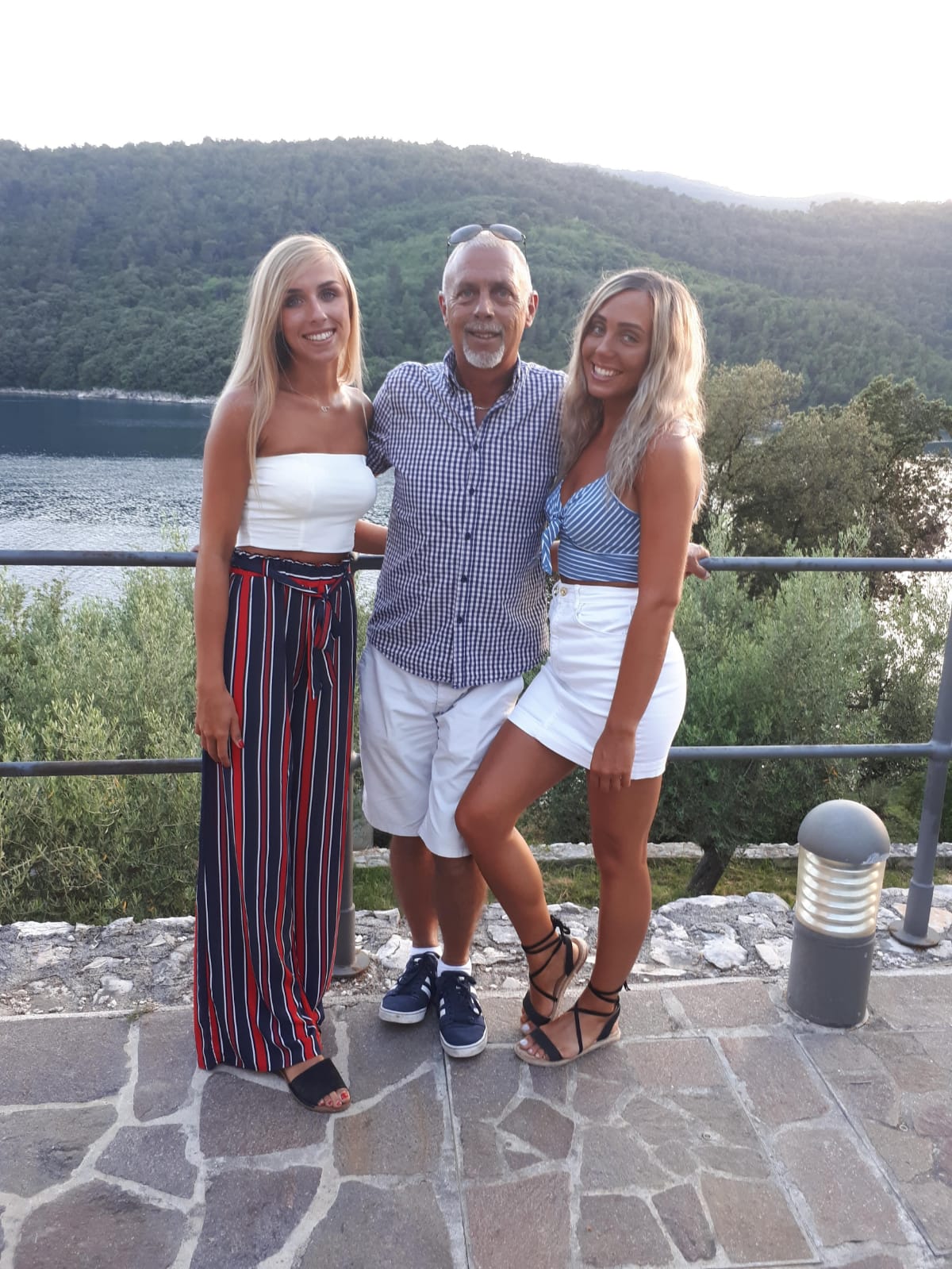 Sadie says: “Eventually I found Hayley's manager and got in touch, only to discover that she was now seriously ill in hospital. Together with our dad, Chris, I flew to Ibiza. We were later joined by Hayley's mum, Jayne.

"When we arrived, Hayley’s manager came to pick us up. She warned us to prepare ourselves, saying Hayley had lots of tubes and wires attached to her, and was heavily sedated. But even so, when we got to the hospital and saw her lying there like that, it was a horrible shock.”

By now, Hayley's lungs had failed.

She needed a ventilator to help her breathe, and was being fed through a tube.

Sadie says: "The doctors told us she could hear us. And we knew it was true, because whenever we spoke to her, her heart rate went up, so she definitely knew we were there.

I went to the local doctor that evening – they sent me to A and E in a small ambulance – and I was admitted. Once I was there, I started to feel a lot worse. Apparently I texted my mum Jayne to say that I couldn’t feel my legs. But soon afterwards, I lost consciousness.

“Several days later, when she eventually came around, she was paralysed from the neck down and very confused. She couldn’t speak because she had a tracheostomy tube fitted. But we re-assured her as best we could, telling her that it was going to take time to get better.”

After three weeks in the Ibiza hospital, Hayley was airlifted to a larger hospital in Majorca.

There she received a treatment called Plasma Exchange Therapy – a process that cleans the blood by replacing plasma and removing antibodies. It was hoped to reverse her paralysis. Afterwards she experienced some improvement and could move her arms a little more, but it wasn't the dramatic result that everyone was praying for.

She also suffered a collapsed lung, delaying her recovery further.

By now, Hayley was beginning to communicate again, but with the tracheostomy in place, she still couldn’t speak. 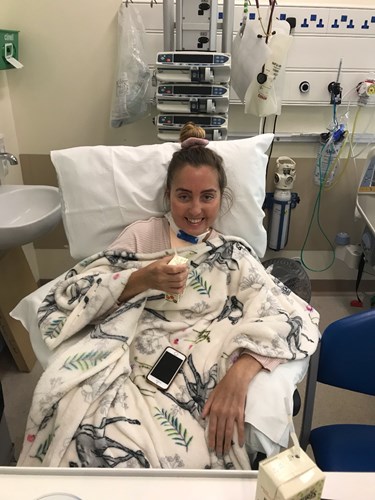 Sadie says: “We had to read her lips. Or we'd spell out the letters of the alphabet and she'd nod. But it was painfully slow making herself understood, and she was very frustrated.”

Sadie remained by her sister’s side, all the time she was in the Spanish hospitals.

On July 26, 2019, six weeks after Hayley was taken ill, she was flown by private air ambulance back to the UK, arriving at Stansted Airport. She was then transported by road to Kent and Canterbury Hospital, where she remained in intensive care for the next four months.

Thankfully all the costs of her treatment abroad and her return home had been covered by insurance from her employer, holiday company Tui.

Back in the UK, she began breathing unaided, and was able to eat a puréed diet.

“After the tracheostomy was removed, I could speak again, but only in a whisper,” recalls Hayley. 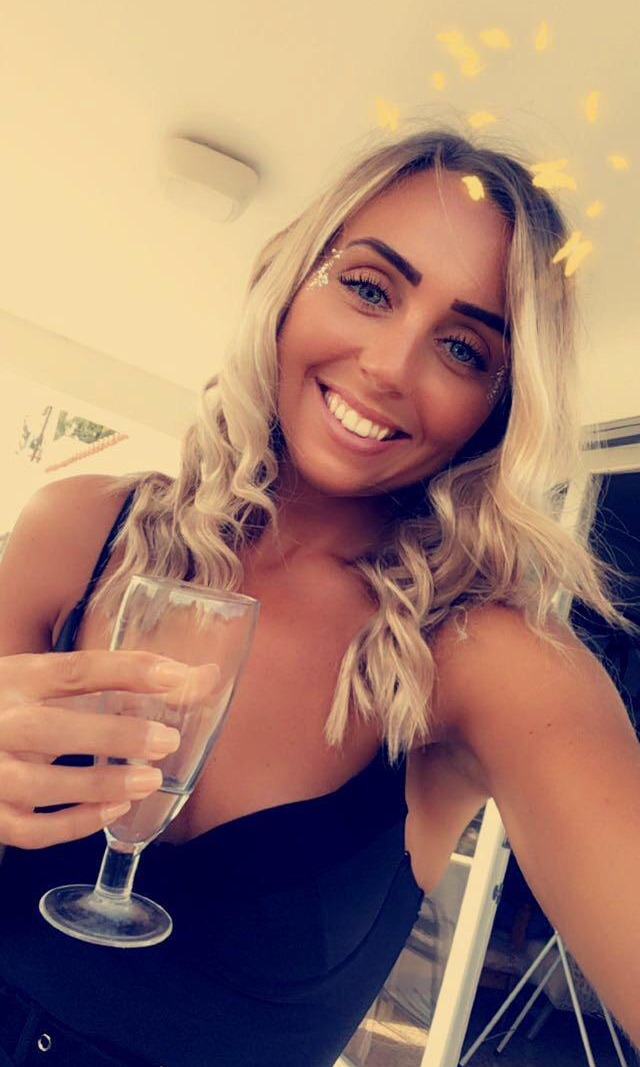 “Thanks to physiotherapy, I was regaining control and movement in my arms. But after spending so many months in bed, I was initially so weak, I couldn’t brush my own teeth or hair. And I still had no feeling or movement in my legs.”

Doctors throughout were mystified by her illness.

For some time, it was thought she might have suffered encephalitis. Then she was diagnosed with the ADEM virus, but that diagnosis isn’t 100 per cent definite – so she may never know for sure exactly what went wrong.

Finally, after eight months in hospital, she was ready to leave. But she now needed a wheelchair and so couldn’t live with either of her parents, because both their homes weren’t wheelchair accessible.

She initially left hospital for a rehabilitation centre while she waited to be housed by her local authority. In May 2020 she moved to a wheelchair-accessible bungalow, close to her mother’s residence. 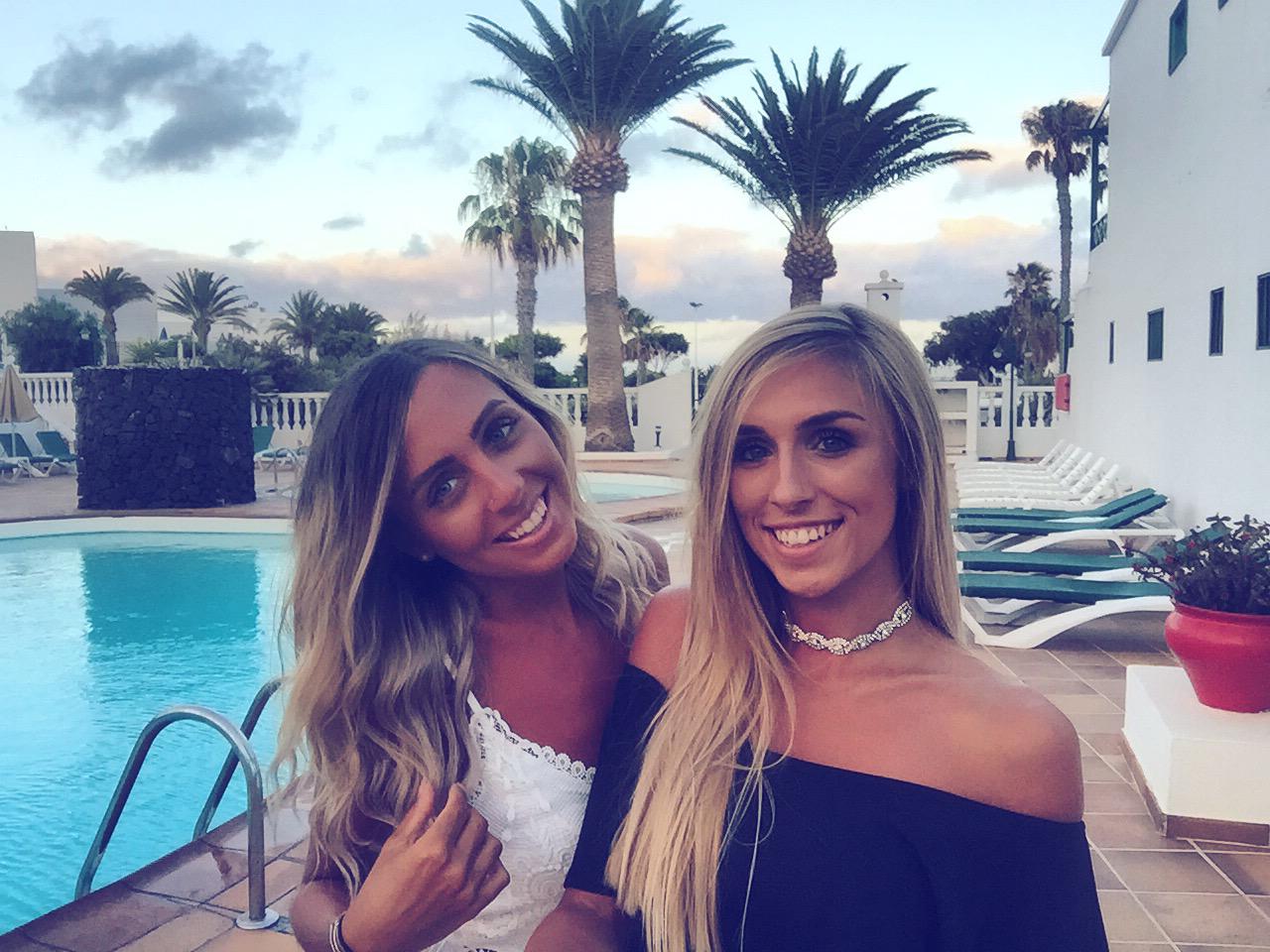 She now lives independently, with the help of carers who come in twice daily.

Hayley says: “I’m focusing on my physio to maximise my recovery. I go three times a week for treatment at a specialist centre. But it’s private and very expensive. Thankfully Sadie and other family members have set up a crowdfunding page which has so far raised over £21,000.”

Some donations have been used to buy her an electric wheelchair.

But as a previously able-bodied, active young woman, she was dismayed to discover how difficult it is for disabled people to go wherever they want.

She says: “Now I’m in a wheelchair, I am really shocked at how hard it is to get around. I constantly have to think about things like kerbs and ramps. I can’t go to many places I used to, because I can't get my wheelchair up to the tables or they don't have disabled toilets.

“I never realised before just how hard everyday life is, for people who are disabled.

“My life has changed so much, but I find that being dependant on other people is the hardest part. I used to be so independent and adventurous and loved my travelling. To have that taken away from me has been very painful.” 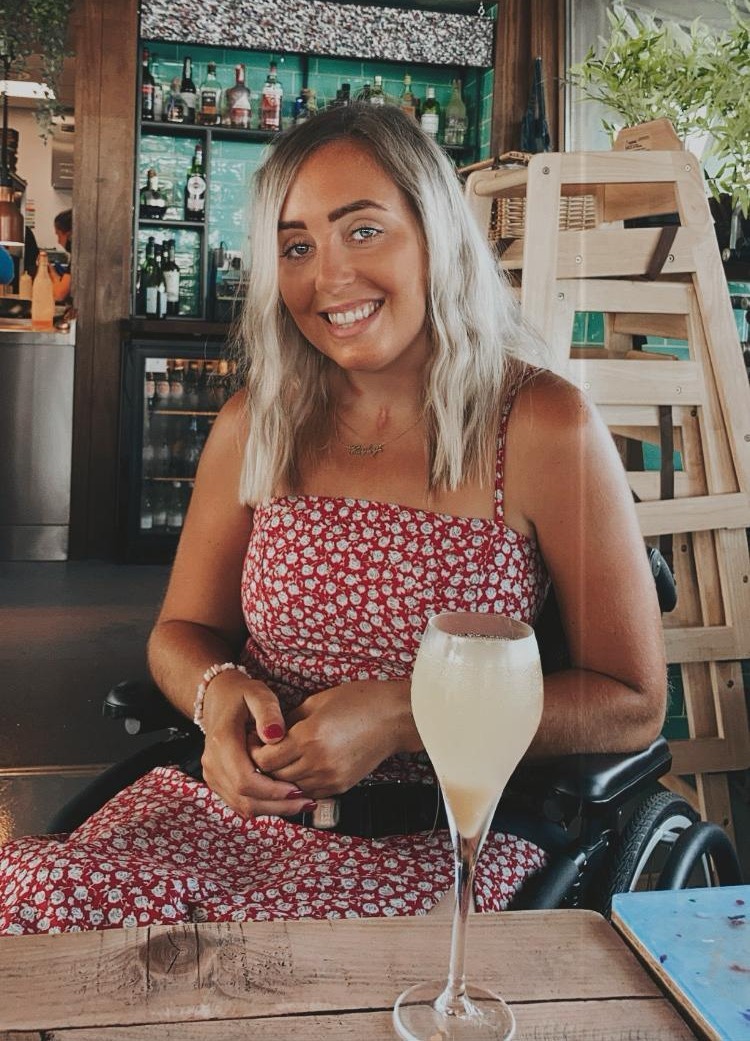 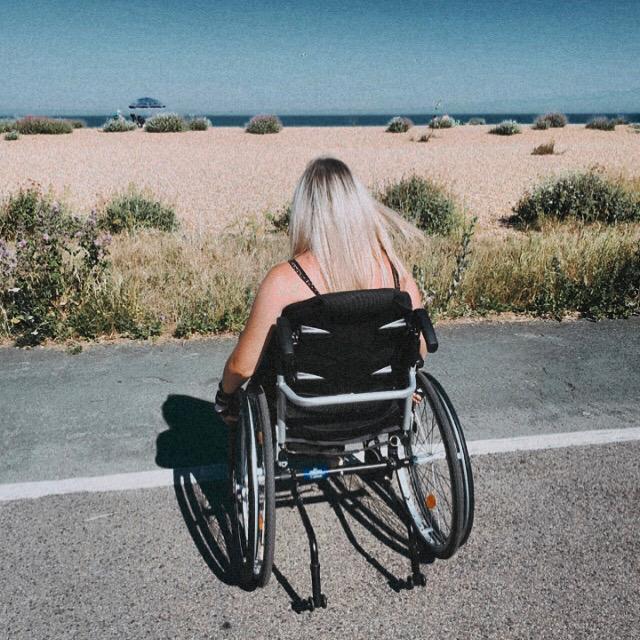 Keen to keep making progress, Hayley will soon be starting locomotor training (designed to help her regain her walking movement), and wide pulse stimulation to stimulate her wasted leg muscles.

But these therapies aren’t available on the NHS, and are very expensive, so her crowdfunding continues. She’s also looking to do a sponsored 10 kilometre ride in her wheelchair.

Sadie says: “Hayley has been through such a lot. But she has always been a bubbly, cheerful person, and does her best to stay that way.

“Now she has her good days when she’s really motivated with her physio, but understandably, she also has down days because it’s hard adjusting to a such a different way of life. But our family remain optimistic that she’ll learn to walk again one day, as some other people who’ve had the ADEM virus have. Although of course we know there are no guarantees.

“The bravery and strength that Hayley has shown over the last year has truly inspired us all, we are so very proud of how she is coping.

“Whatever the future holds for her, one thing is certain. No matter what she has to face, she won’t be facing it alone. As her sister, I will be there with her for every step of the way, and so will the rest of our extended family.”

You can donate to Hayley's JustGiving page here

For more real life stories, this woman says her sex life is still great despite sleeping in separate room from husband for years as she doesn’t like ‘sharing’.

And this mum has spent £5k on her 17-month-old daughter's designer wardrobe and hit back at trolls who said she's "ruining her childhood".

Plus this lovestruck ‘Romeo’ wrote over 100 letters to find mystery woman named ‘Amy’ who ‘gave him wrong number by mistake’.

How BMW Partnered With Model Alton Mason During A Virtual NYFW

The Phones Are Alive, With the Sounds of Katie Couric