AS a schoolgirl she confessed to a teacher that she wanted to be a model – but was told to think again.

Now, at the age of 55, and a size 14, former music journalist Mia Mauge has proved everyone wrong — starring in the campaign for Marks & Spencer’s New Neutrals lingerie range. 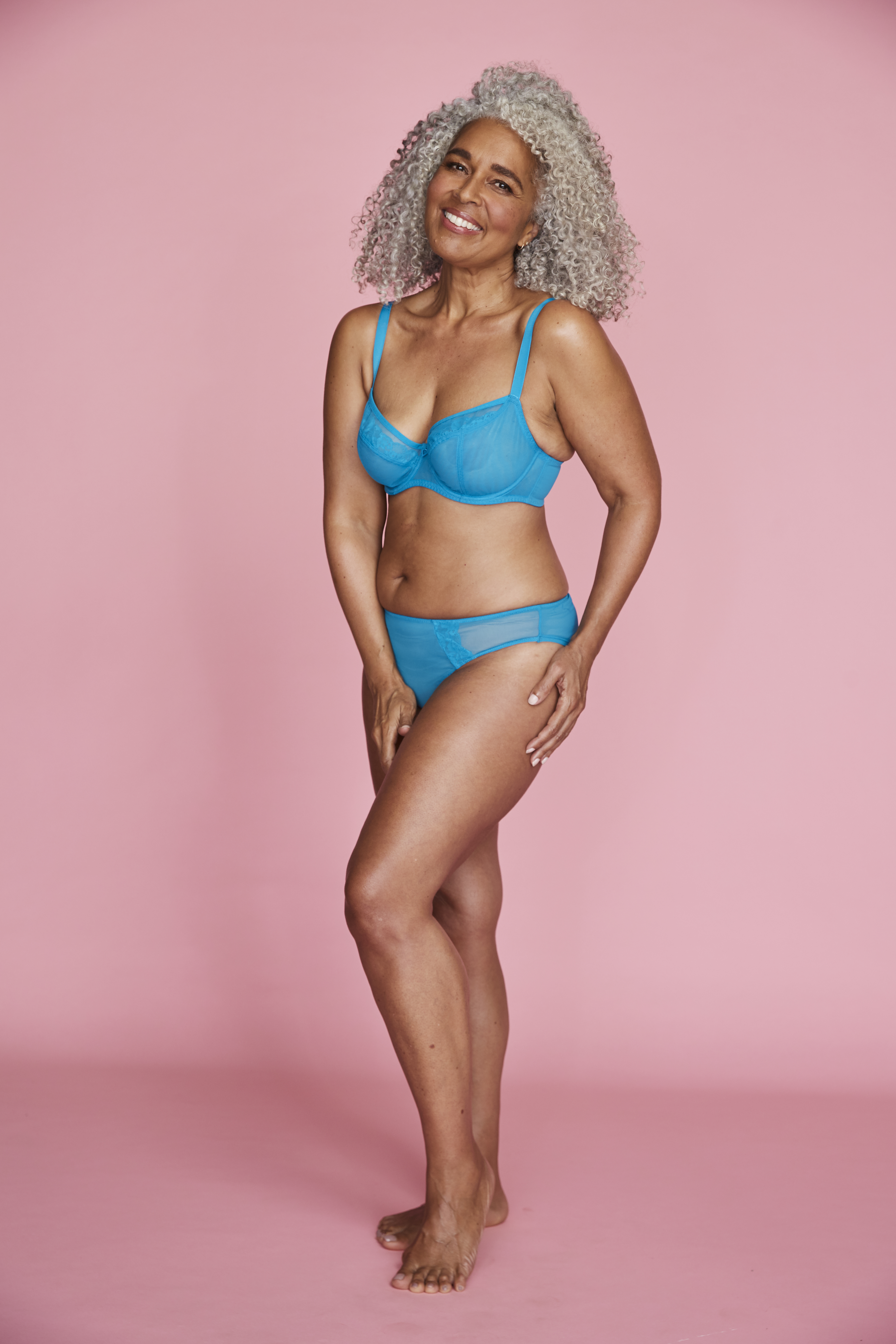 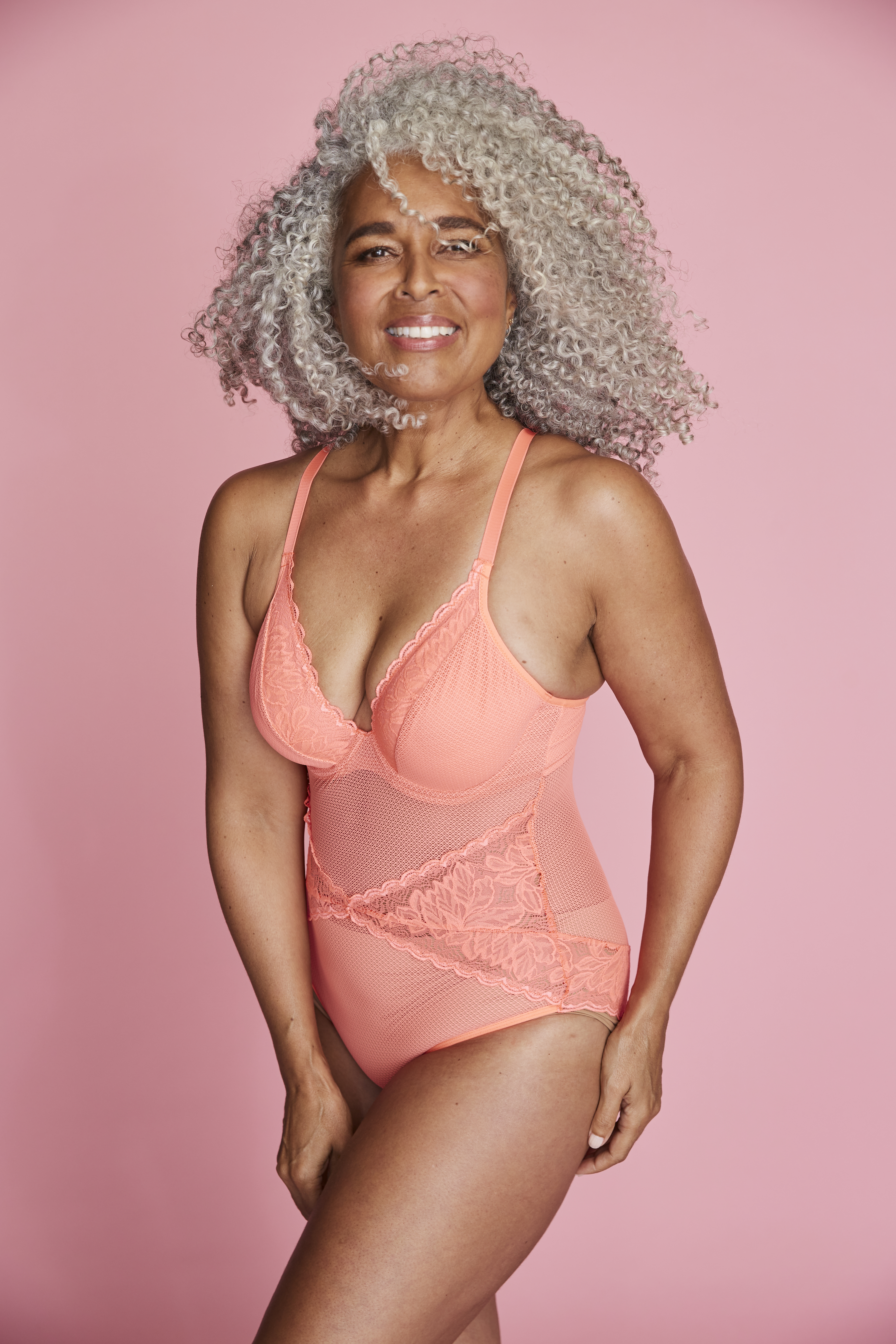 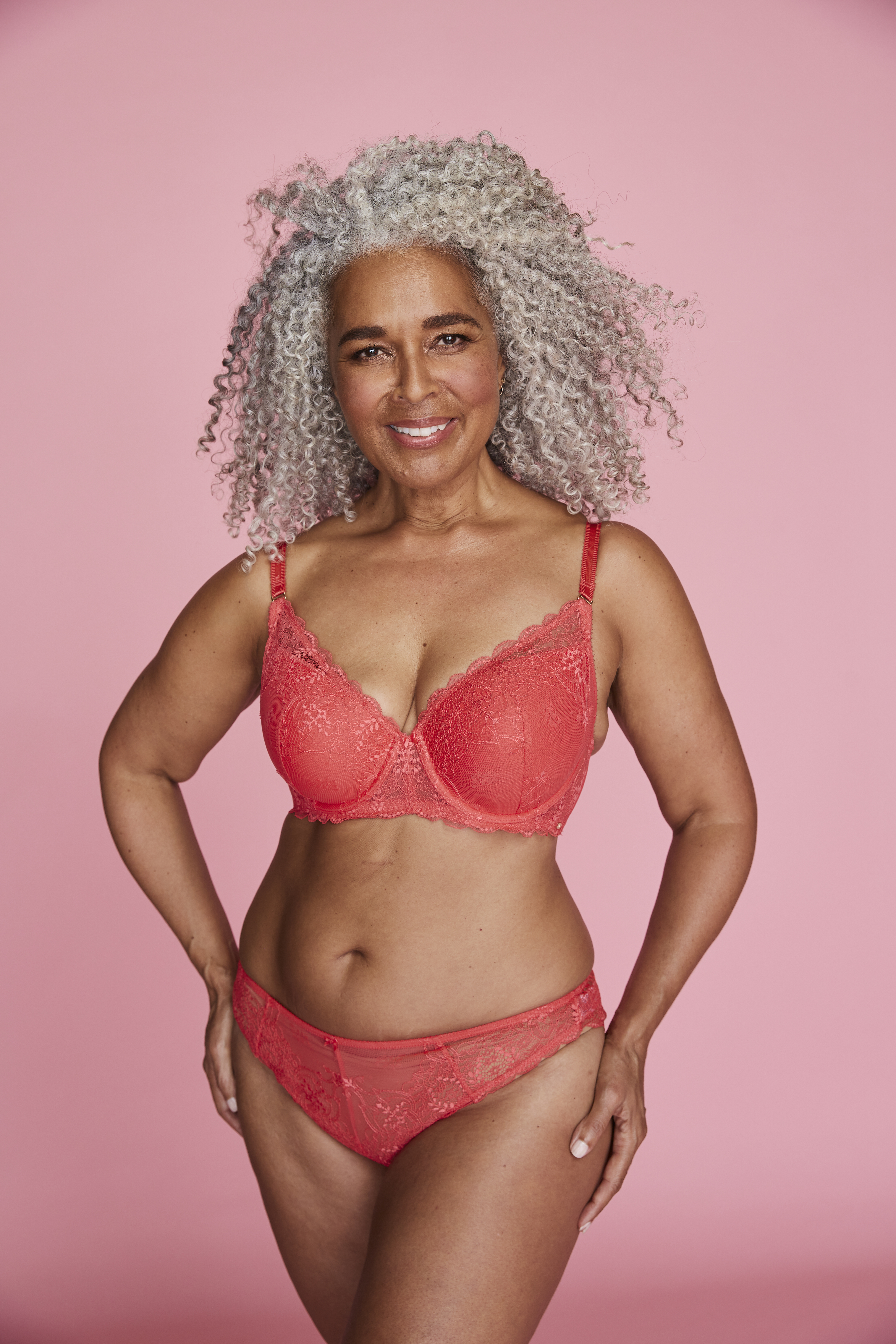 She says: “If you had told me a year ago that I’d be modelling in an M&S campaign, I would have said you’re mad.

“At school, my careers adviser asked me what I would like to do and I just blurted out ‘modelling’.

“But she looked at me like I was being ridiculous and said ‘Let’s look at more realistic options’, gearing me towards nursing.”

But far from it having been an outlandish proposition, Mia finally did become a professional model, after being discovered on Instagram just a year ago.

M&S’s underwear line is designed to cater for a range of skin tones, as historically “nude” underwear has been best suited to Caucasian skin — and M&S promises to take the inclusivity further by hiring more models who are over the age of 50.

Representing the older woman, born-and-bred North West Londoner Mia says: “I’ve never had the confidence to pose in lingerie before but this campaign has made me feel so body-positive, and proud to be representing every woman on the high street.

“We have huge buying power and yet shop in shops surrounded by imagery of younger models.”

After she unlocked her private Instagram page last year and shared glossy snaps of herself, Mia’s following quickly grew.

She says: “My intention was to create a community for women who felt the need to be vocal and visible on social media to counter the lack of representation in stores.

“Through my profile, four model agencies reached out to me — and my immediate thought was, ‘I can’t be a model’. 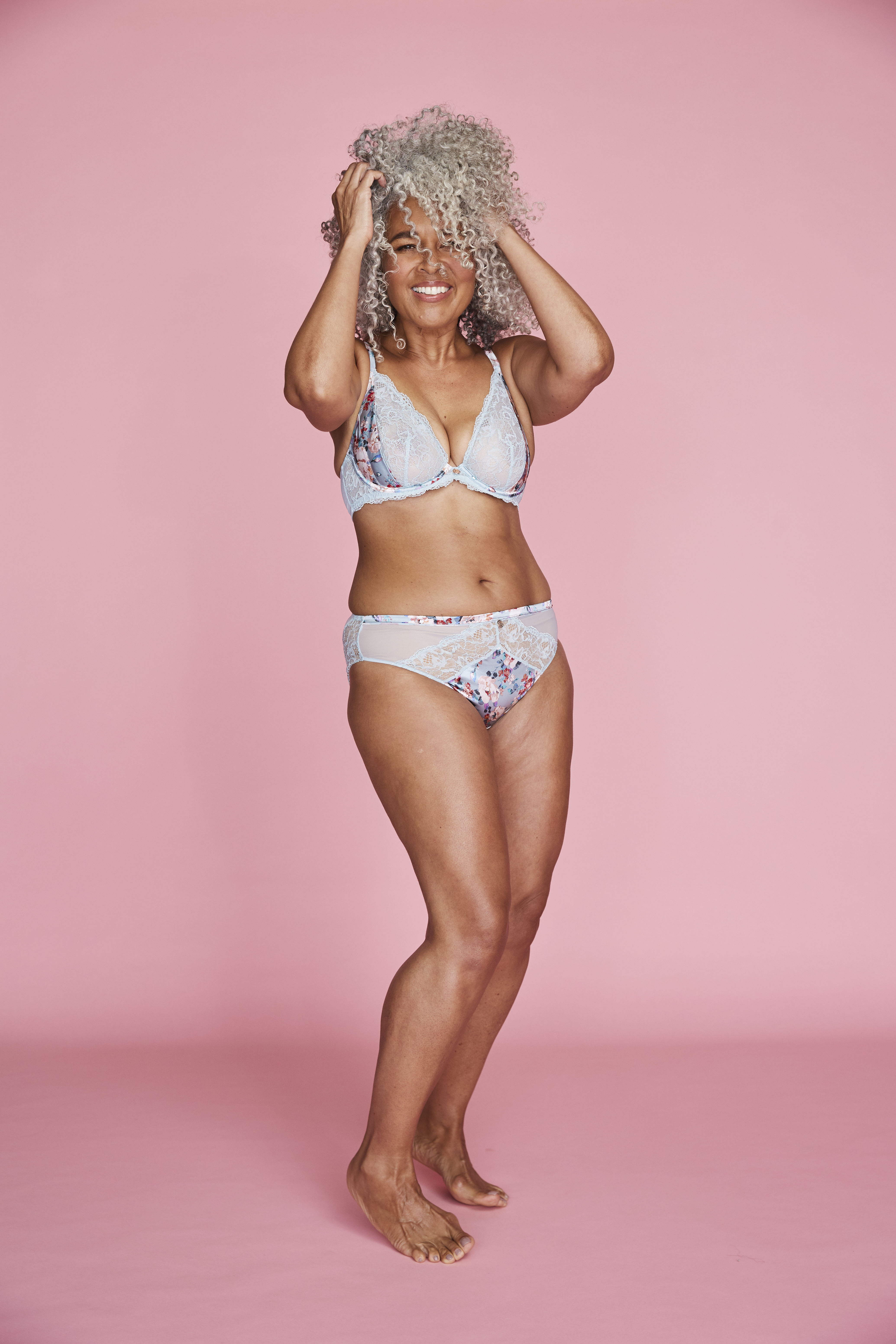 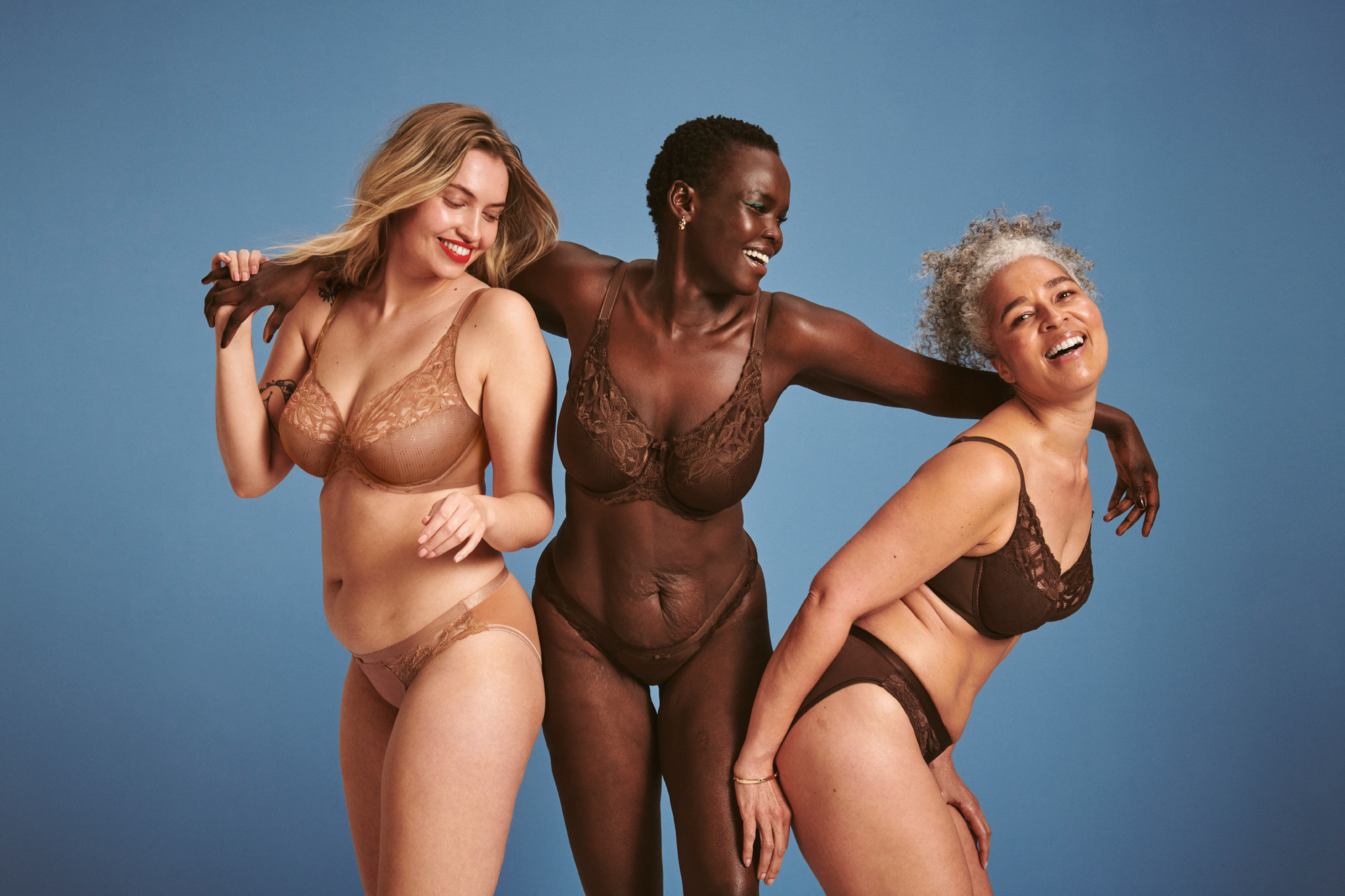 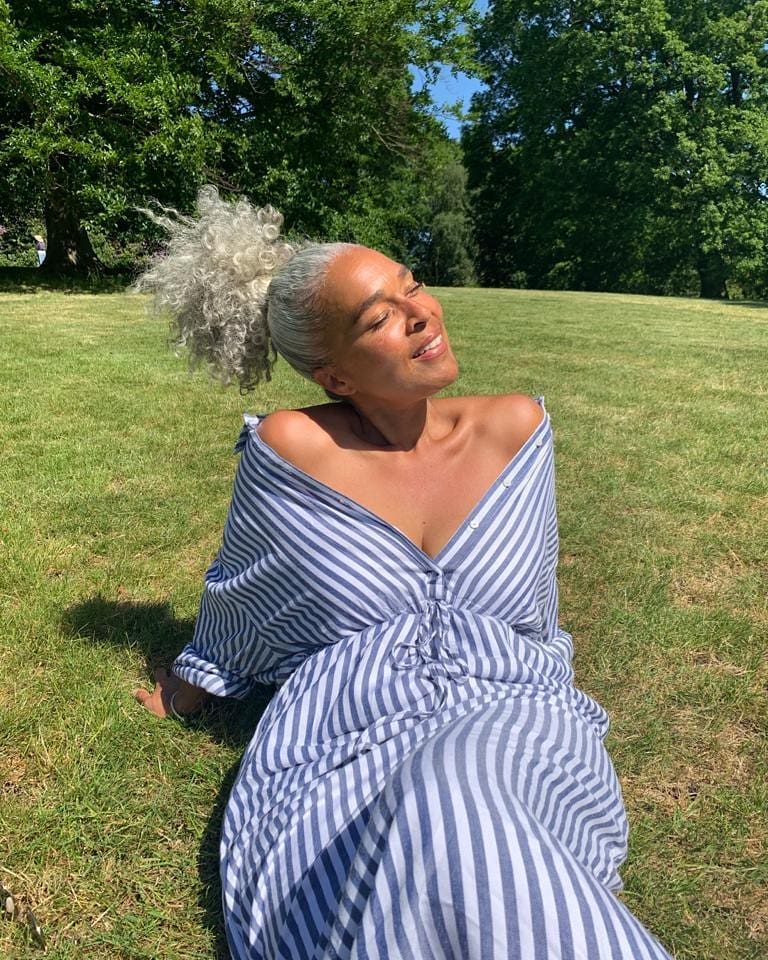 “But it also felt like a call to action, as if the industry was saying, ‘Put your money where your mouth is’, and so I embarked on a new career.”

Having left school with no qualifications, Mia went on to do a short course in photography, blagging her way into music events to get up close and personal with artists, before eventually landing a gig as a music writer and radio producer.

After working at the first ever Mobo Awards in 1996, she earned a position as head of PR and digital comms for Notting Hill Carnival. 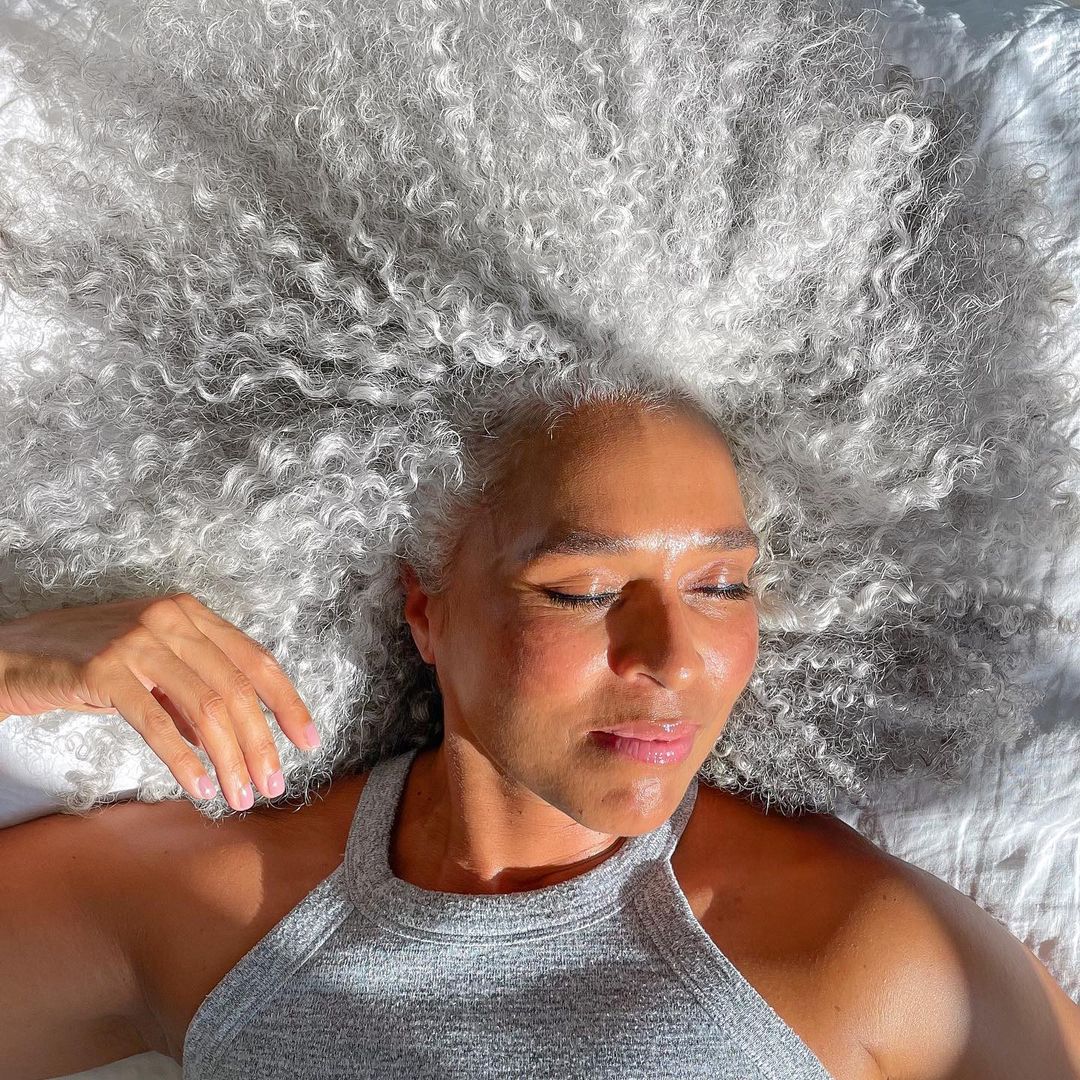 Not long after becoming a mum, Mia noticed her first grey hair.

She says: “I was 31 and felt horrified. I remember thinking: ‘I’ve just given up my career, I’m an at-home mum with a few extra pounds and I now have grey hairs coming through — this is not happening to me.’

“So I dyed it for around 19 years — every couple of weeks, relying on a hat or scarf to cover in between.

“I remember one of the dads at the school gates noticed a grey hair and that I was dyeing it — he thought it was hilarious and laughed.

“But I then felt very exposed and paranoid about it.

“When I went back to work, I was in such a glamorous environment, I thought there was no way I could go grey — I didn’t want to be seen as old.

Society has put so much pressure on making us try to stay young, and the process of embracing silver hair is hard.

“When I saw Loose Women panellist Janet Street-Porter say she didn’t really care or wasn’t interested in what her natural colour was, I thought it was very dismissive of so many women who have struggled with the process — I expected more solidarity from her.

“Many women have dyed their hair out of fear of being seen as old — I spent 20 years hiding behind mine. 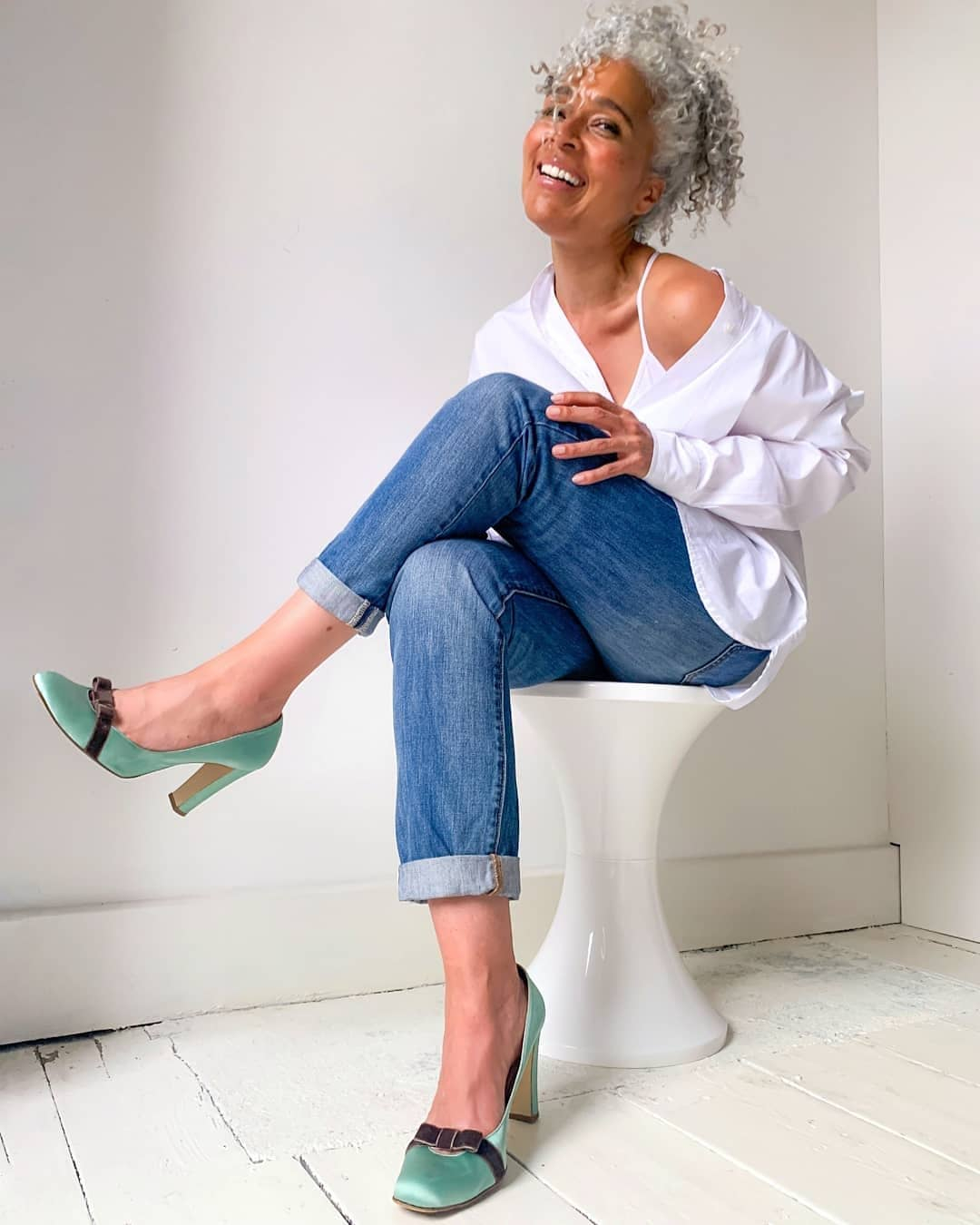 “But when I decided to go fully silver, at 50, with it came a sense of relief and acceptance, of myself, my age and who I was. It completely changed my mindset of worrying about what others thought of me. It felt like a gradual unveiling of my true self and I’ve never felt more comfortable in my skin than I do now.”

What started as a way to connect with like-minded others having similar feelings during lockdown has led to positive change and greater diversity on the high street.

Mia says: “I’ve always struggled with body confidence and did on the day of the campaign.

“But M&S put music on and got me dancing to relax. I got into the vibe of it and just had fun.

“I feel thrilled and lucky to be a part of something so powerful and to finally feel seen. If I can feel confident and love the skin I’m in, then you can too.”

I survived my 'brain exploding' after the TV went blurry, I couldn't walk and pain surged through my body