Home » Fashion » I survived my 'brain exploding' after the TV went blurry, I couldn't walk and pain surged through my body

A BRAVE woman has been hailed a "miracle patient" after surgeons expected her to die following a brain aneurysm.

In June 2010, student Chloe Gallagher was watching TV when the screen suddenly went blurry and she felt like her head was going to explode. 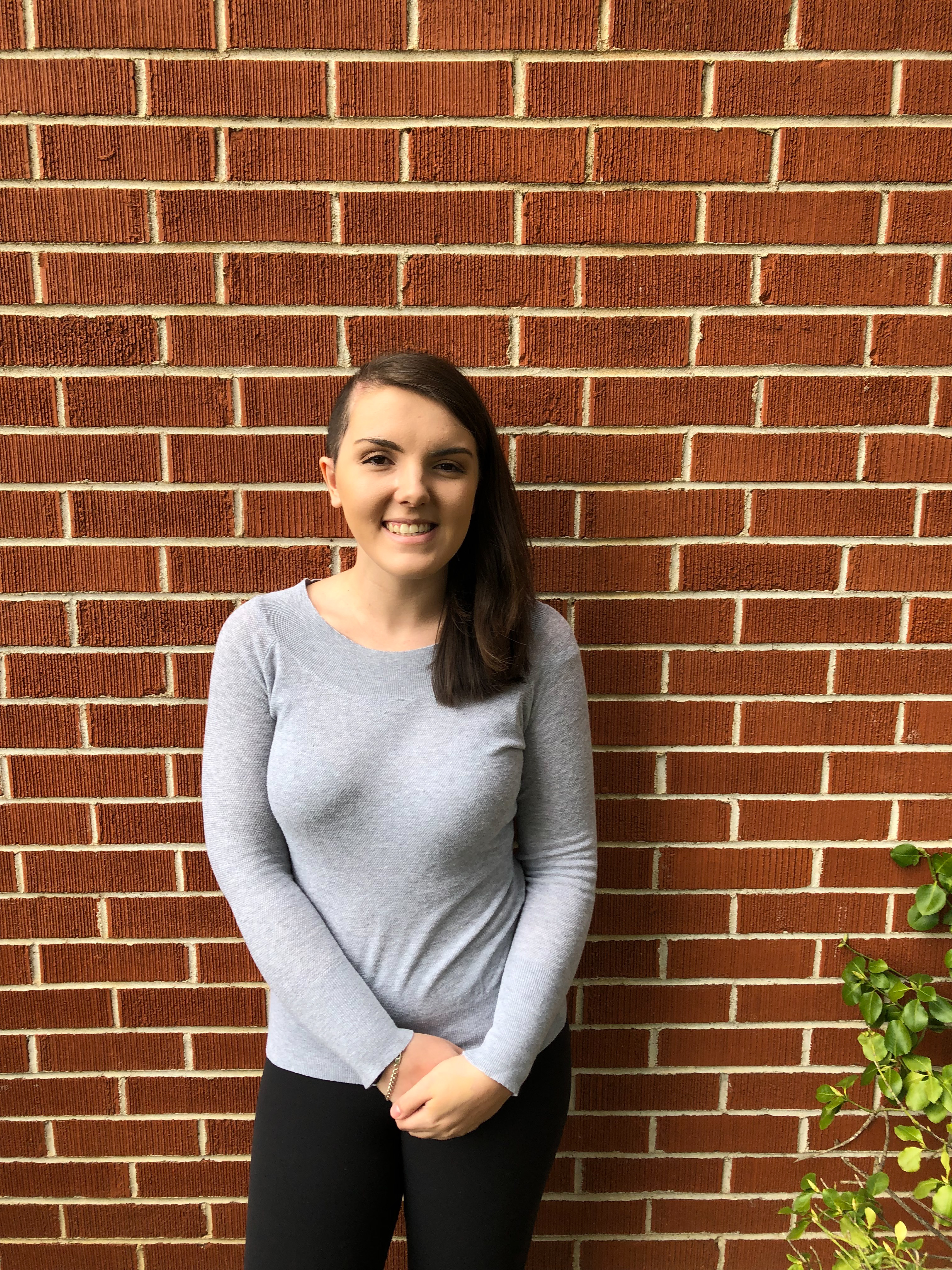 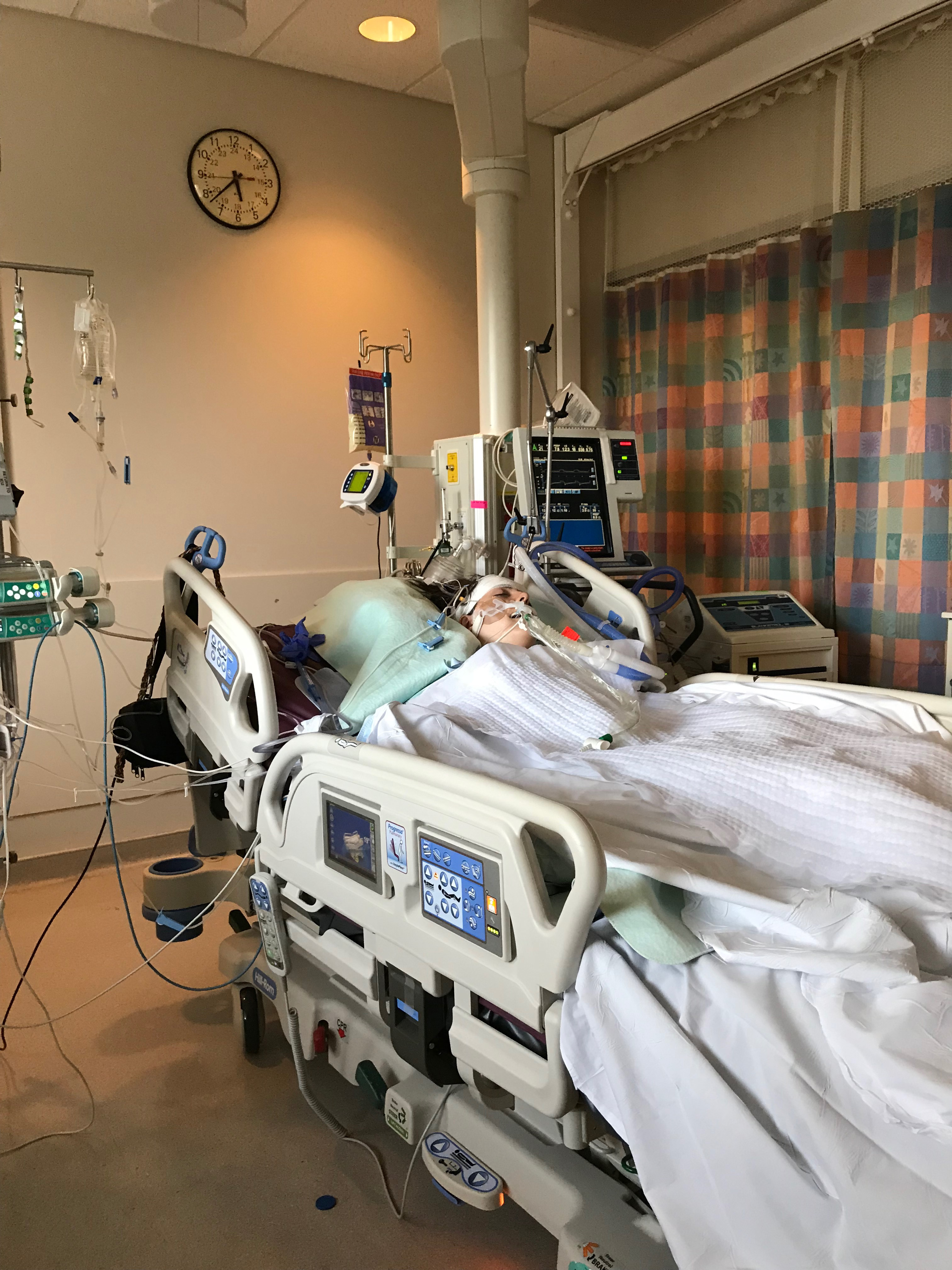 “I came home from school that day, did some homework, then was watching TV in my parents’ room and was on my phone texting some friends,” Chloe said.

“I can’t even describe to you the pain I felt that day. I got up to go to the phone in the kitchen since I couldn’t see the screen on my phone, but when I stood up out of the bed, I fell. It was then I realised I couldn’t walk."

She managed to crawl to the phone to ring her dad. 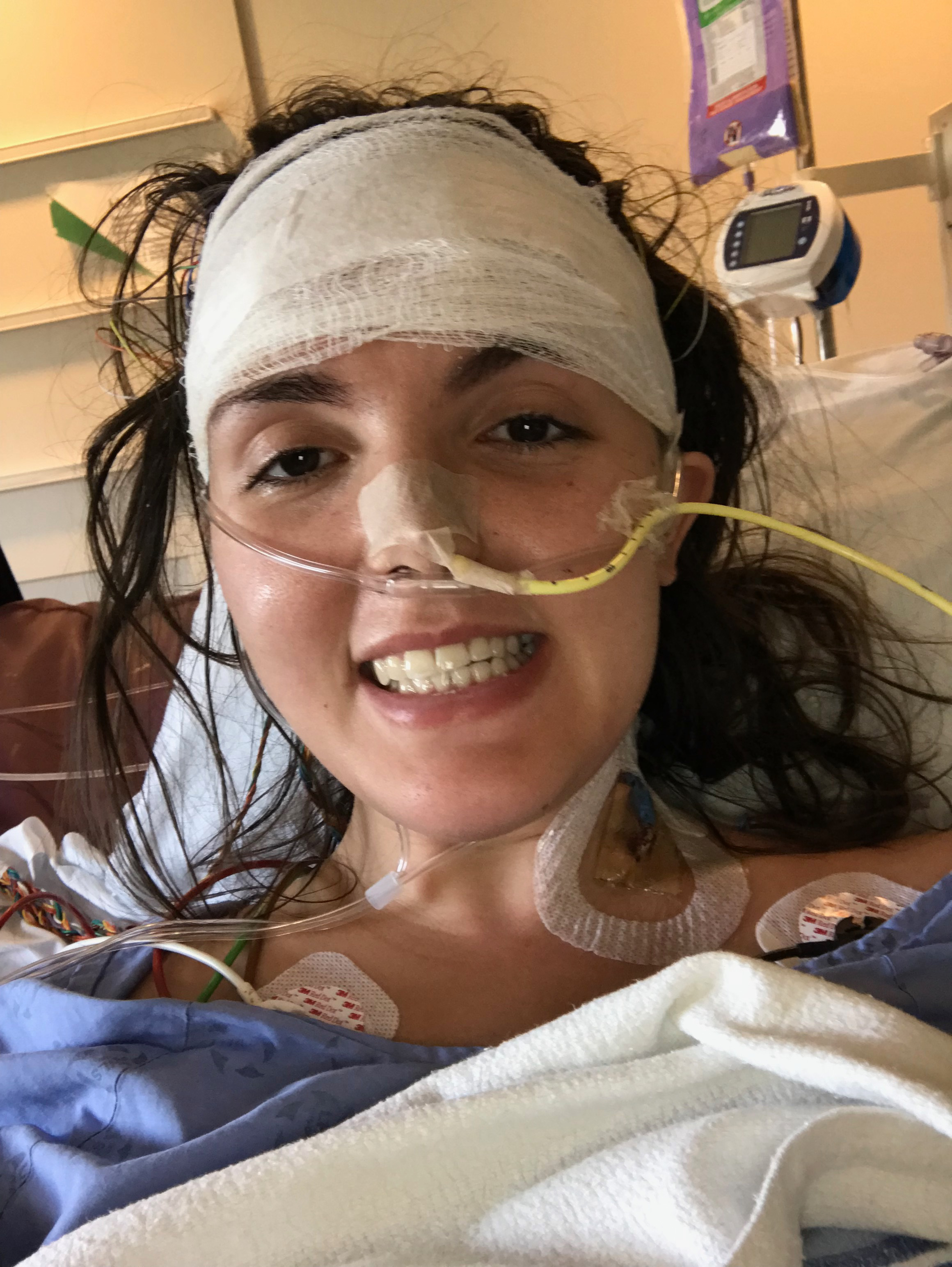 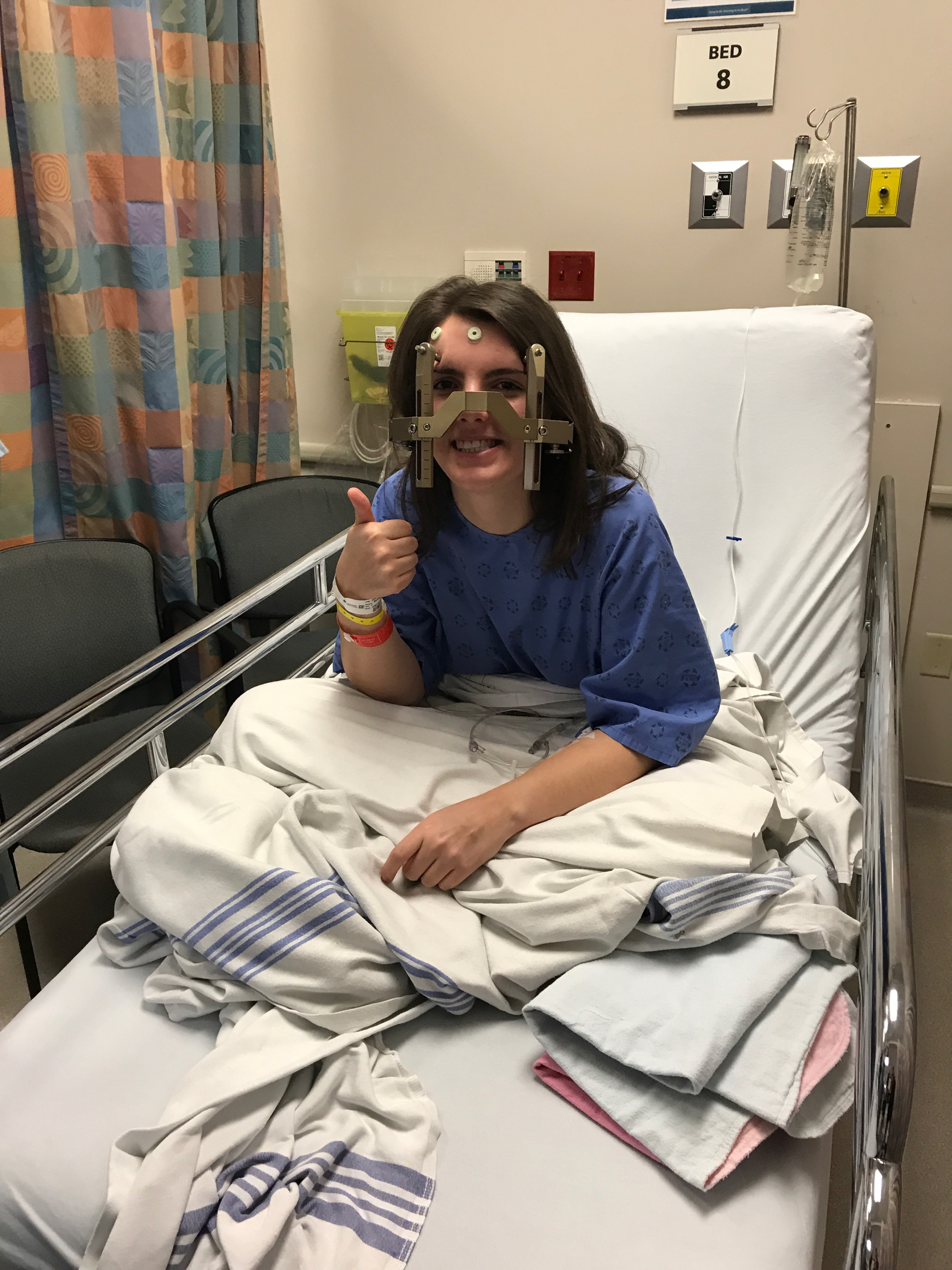 By the time help arrived, Chloe was curled up in a ball on the kitchen floor, screaming in pain.

In A&E, docs recognised that she had a ruptured brain aneurysm and a CT scan showed her brain was "full of blood".

Only 15 at the time, she had to have emergency surgery to remove a bone flap in her brain that doctors said was the size of her hand, before being put in a three-day coma.

Medics warned Chloe's parents to expect the worse and that even if she did make it out of the coma alive, she'd probably be faced with some serious disabilities. 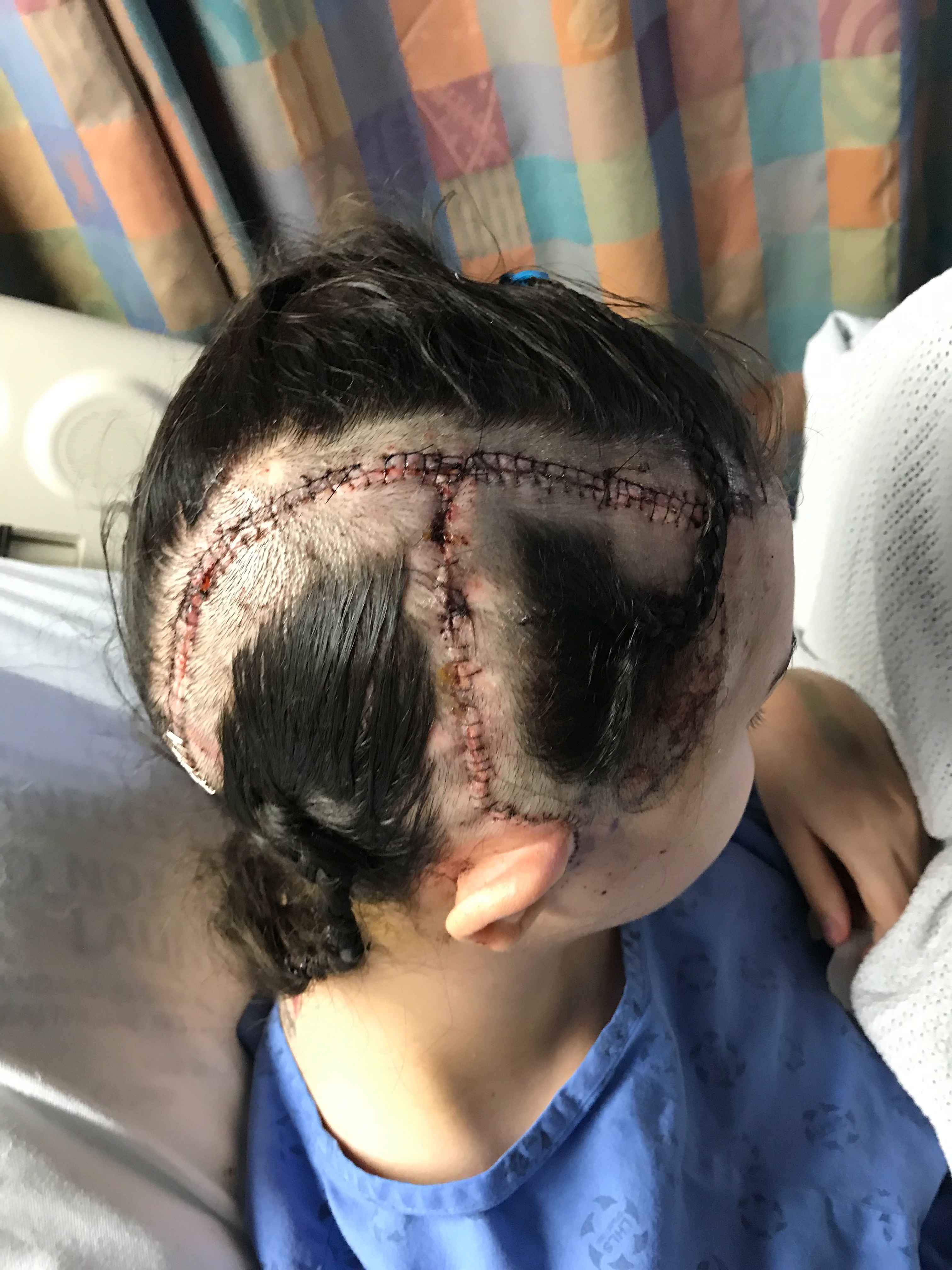 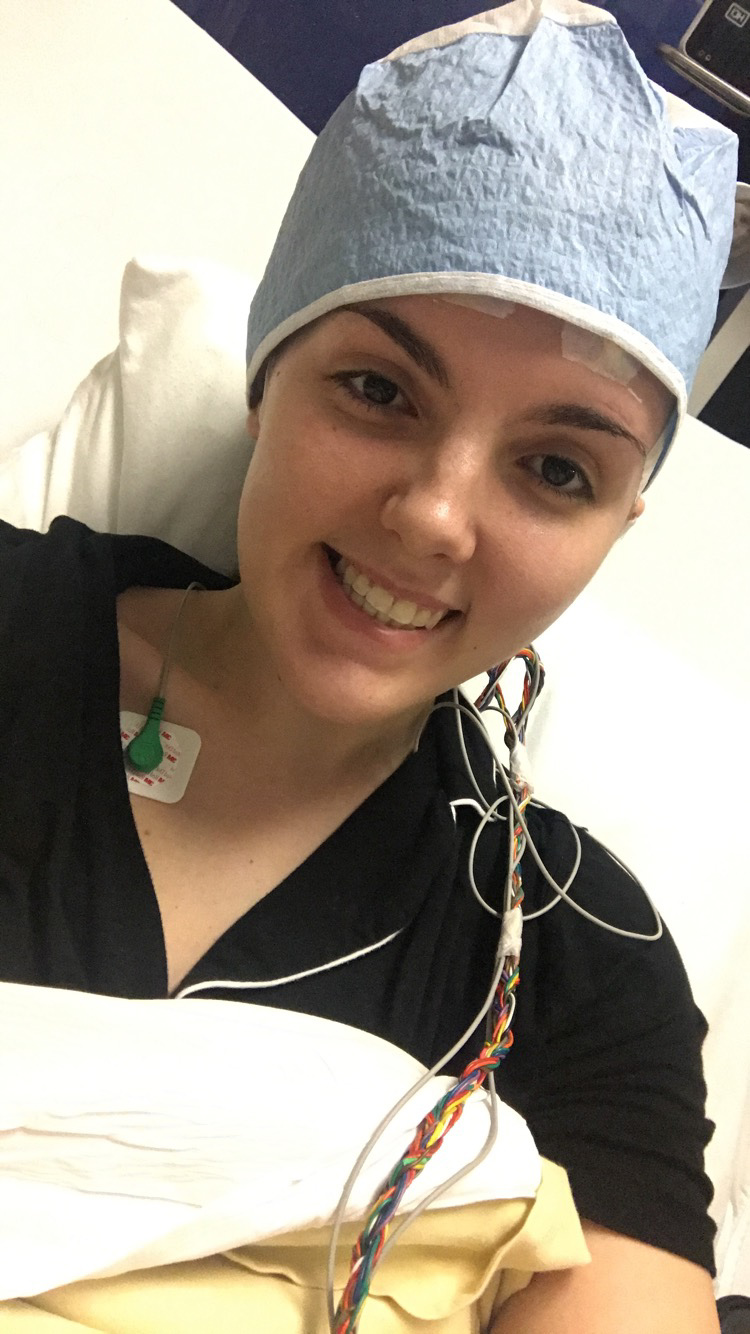 "Before I went into surgery, and into the coma, the doctors told my parents to expect the worst; it was likely I wouldn’t make it, and if I did, I could be a very different person and have some major disabilities,” she said.

“When I awoke from the coma, I was surrounded by doctors, nurses, and family and all I saw was tears of joy on everybody’s faces but I couldn’t understand why.

“Once they told me what had happened, I just cried and hugged my family. I then started immediately asking questions. Why? Did I do something to cause this? What do we do now?" 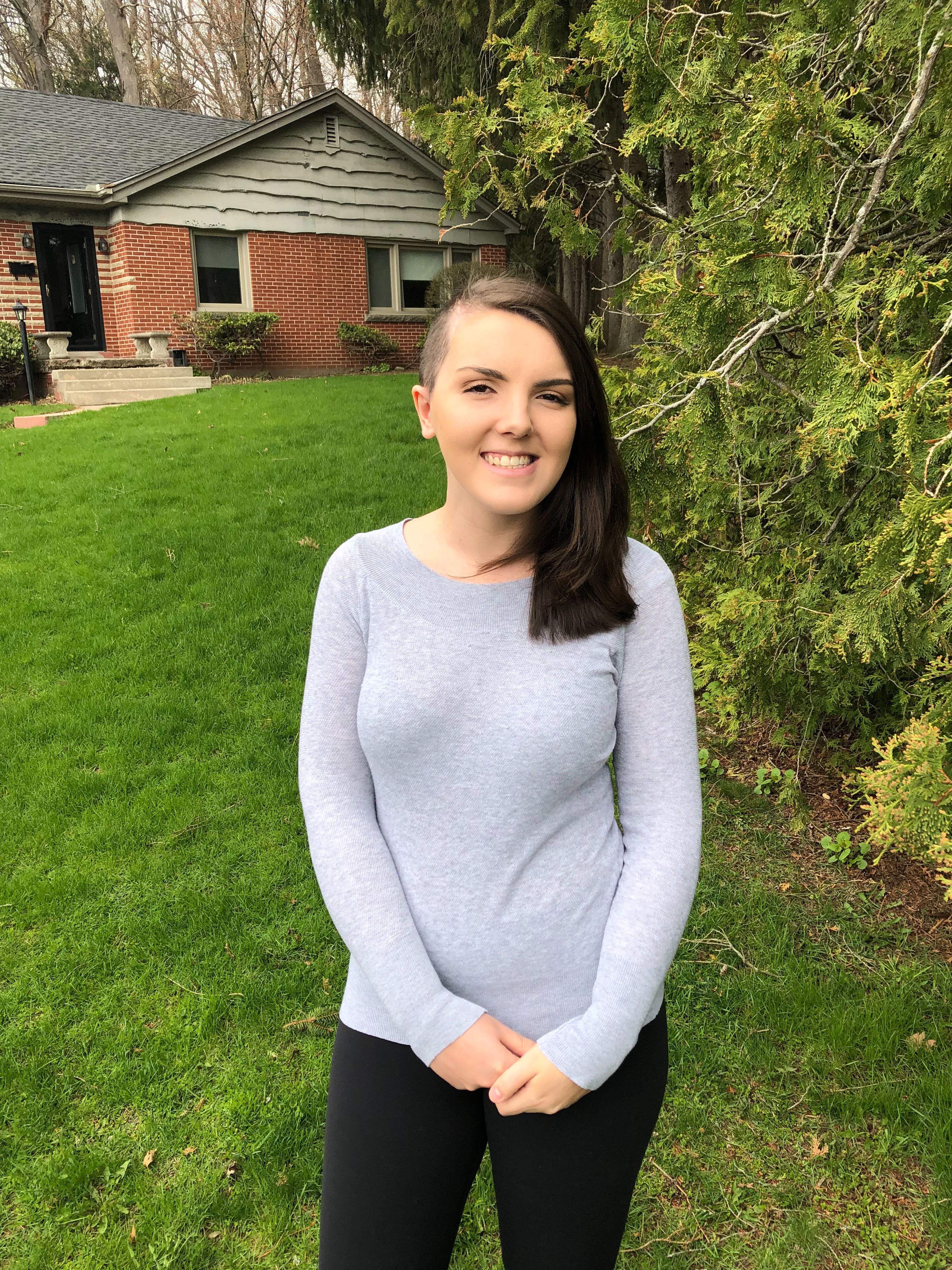 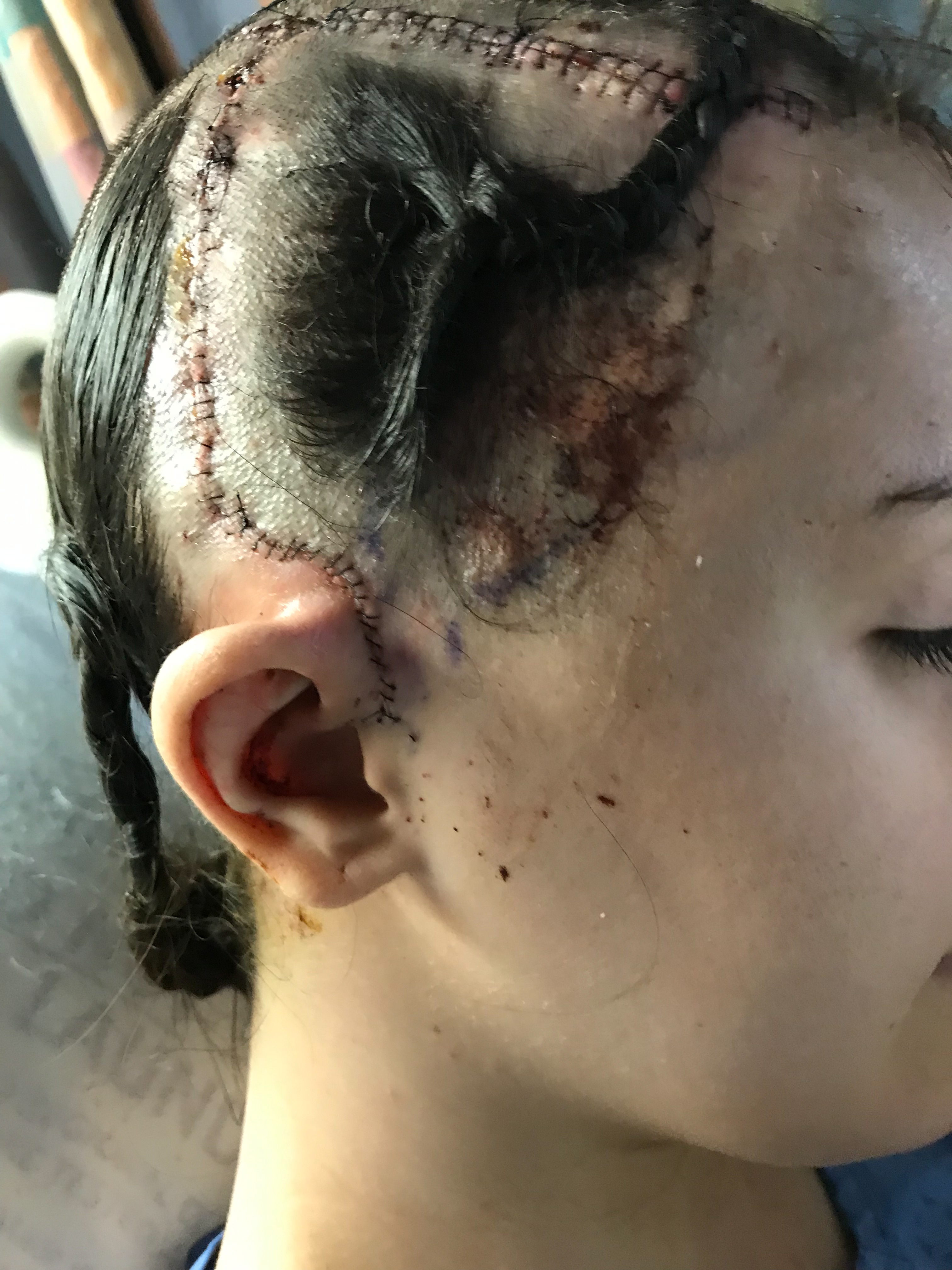 But Chloe did make it through and when she woke up, she was surrounded by her family who were crying tears of happiness.

Doctors hailed her the "miracle patient".

She says, however, that every time she thought she had gotten through the worst part, a new challenge would present itself.

“Every time I thought it was over, something new would happen; a complication, an infection, a surgery, a seizure, having to stop school. 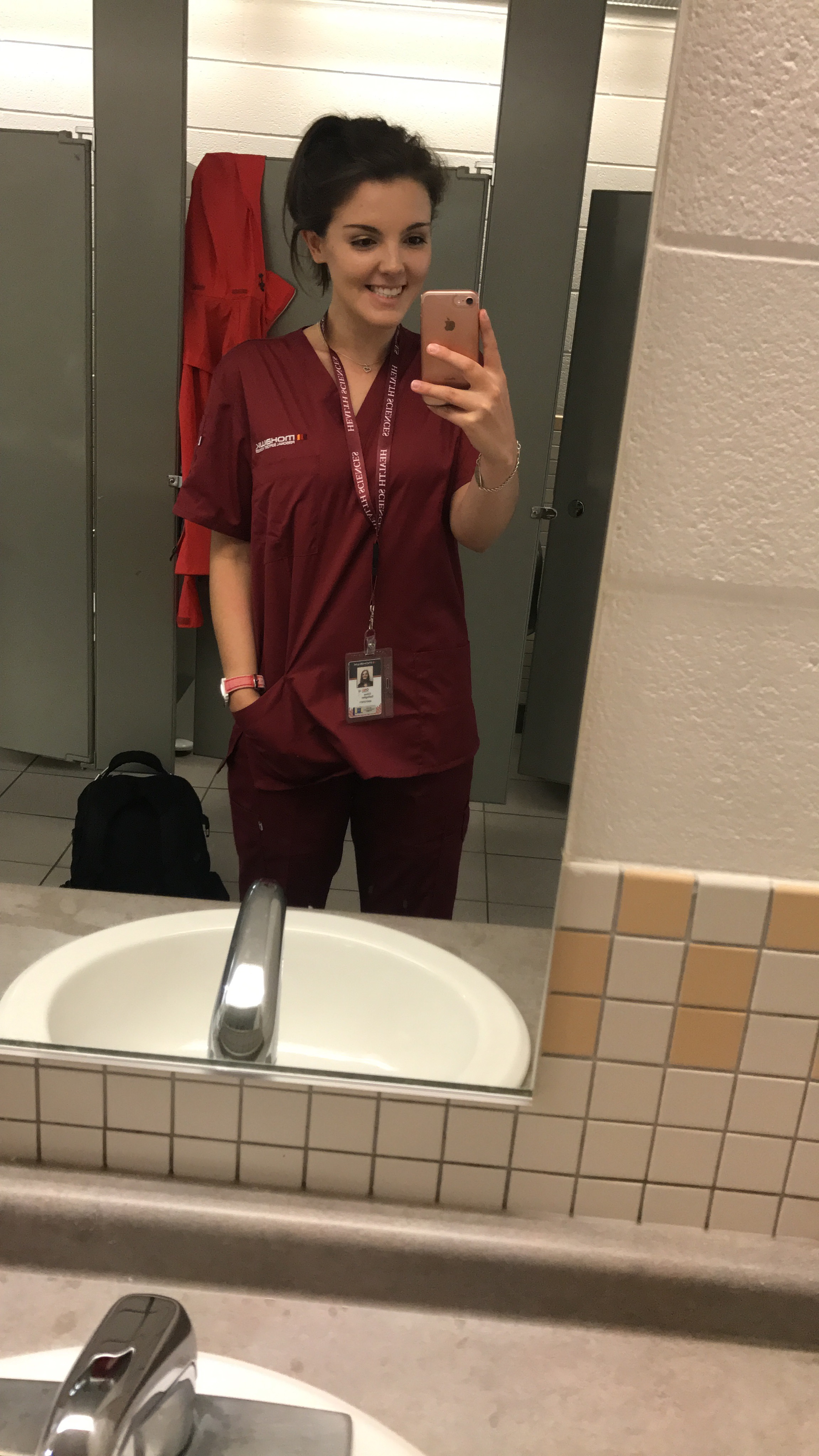 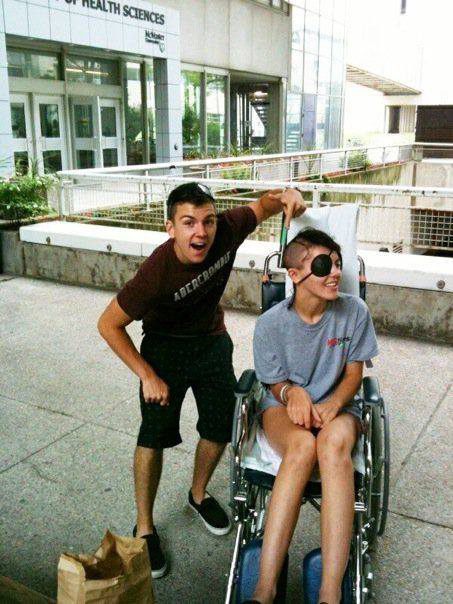 “I was in intense pain after waking up from the coma, I had double vision/cross-eyed. The double vision went away, the left side gradually improved slightly, but to this day I still have left peripheral vision loss."

As a result of the aneurysm, however, the student from Ontario, Canada, has developed epilepsy and now suffers 10-15 seizures a day.

“One of the aspects of my epilepsy and medications is that I can’t drink alcohol, or I will have a seizure.

“This is totally okay with me, I still go to parties, go out with friends, and have fun like any other twenty-four-year-old – just minus the alcohol. 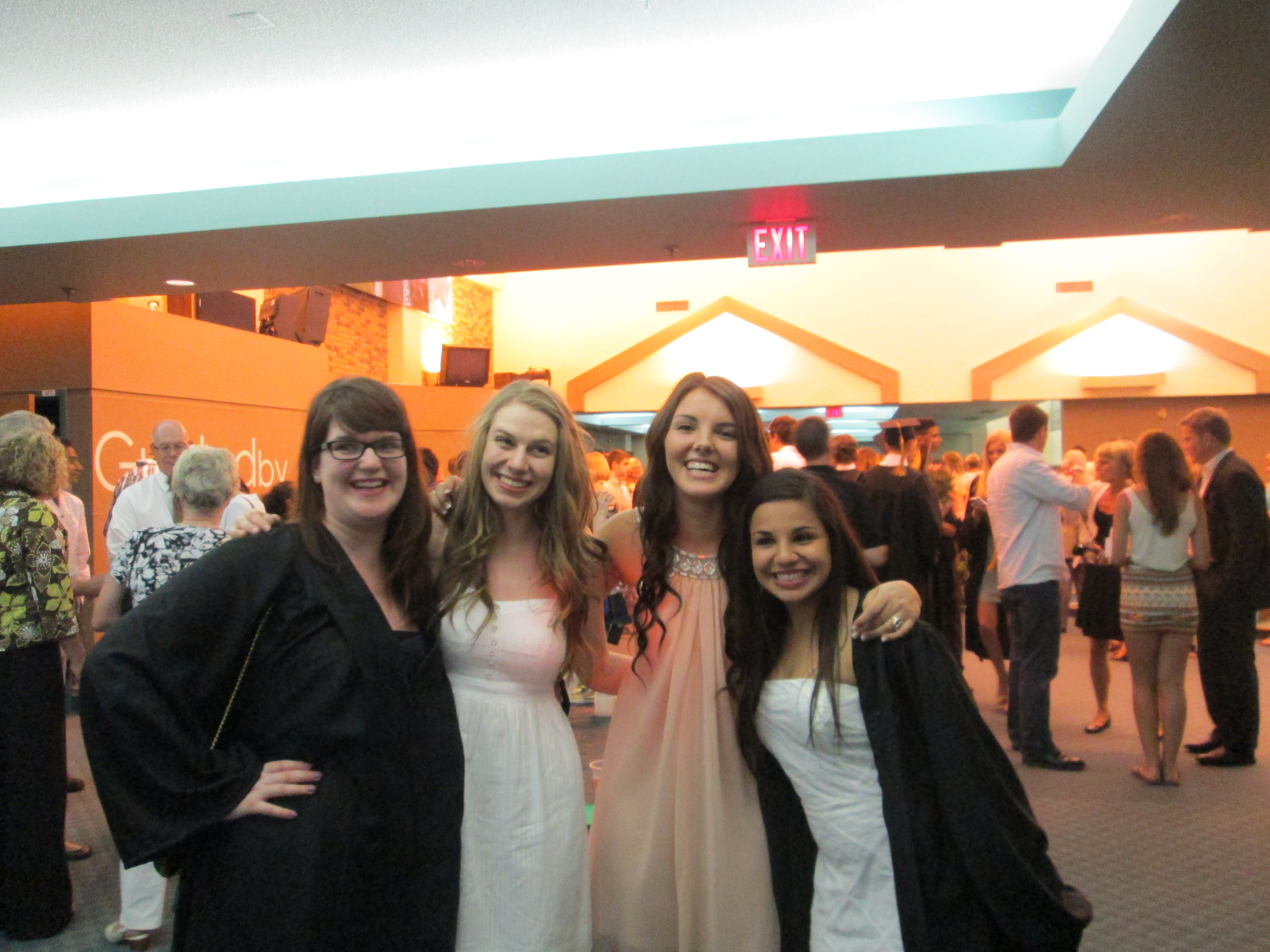 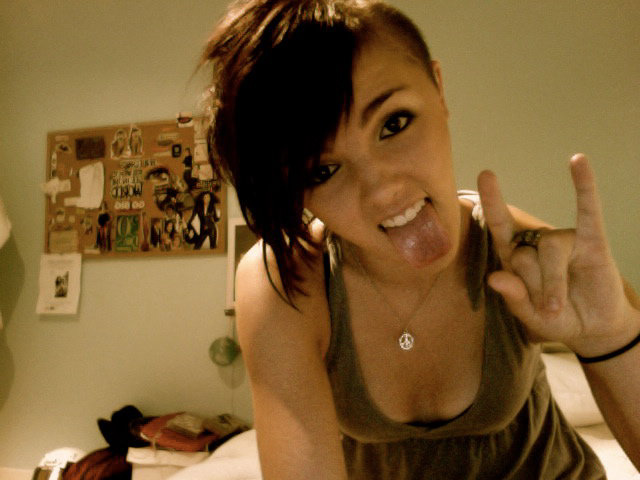 “One time at university, someone asked me what I was drinking, and I said just water. They thought I was kidding and kept pushing the issue and I said no, if I drink, I’ll have a seizure."

She says that she's open about her condition and uses it to educate others.

Although she's still got a way to go in terms of full recovery, she says that she's "patiently excited" for the future.

“Overall, I am so thankful for my whole neuro team in University Hospital as this wouldn’t be possible without all of them. 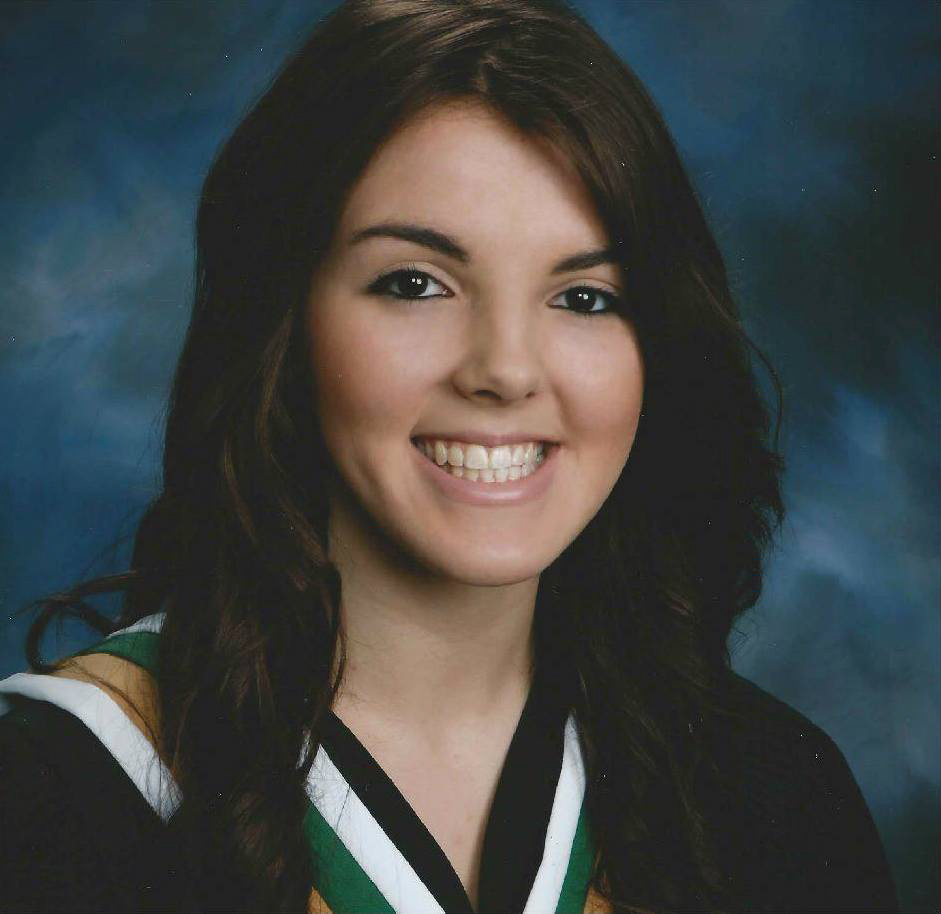 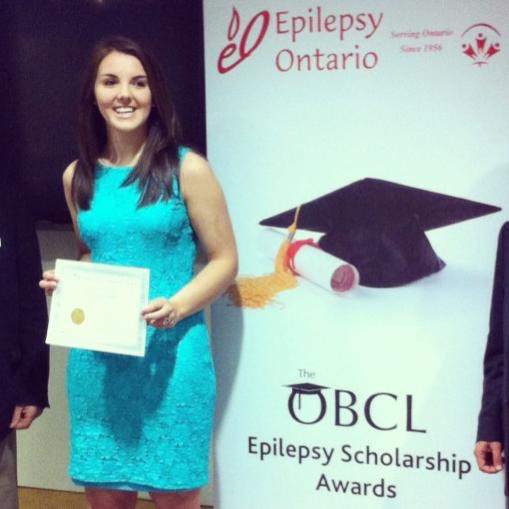 “I have great hope for my future right now; I’m hoping this last surgery was successful, which would mean that I wouldn’t have any more seizures, or at the very least have less violent ones.

“My immediate goals are to fully recover, then get back to the gym, playing volleyball again, and maybe going on a little vacation with some friends."

Now 24-years-old, she's recovering from her last ever surgery which she had last month, and hopes to study a medical course so that she can help others the way her doctors and healthcare team helped her.

“As much as it breaks my heart, I need to re-evaluate what I am realistically capable of as a career," she explained.

"Whatever it ends up being, I hope it will be in the medical field so I can help others like people helped me.

EATEN ALIVE Homeless man's brain 'hanging out' after 4,000 maggots ate away at his head

“If there’s anything I’ve learned, it’s to always advocate for yourself. If you have a question for your doctor or healthcare team, or if you’re not comfortable with something going on, make sure you speak up.

“It’s your life that we’re talking about here, you need to understand what is happening with your care and be on the same page.

"Make sure you advocate for others too, especially those that need a voice.”