A WOMAN who was desperate to become a mother has revealed how she bought sperm off Facebook in order to conceive her son.

Hayley Hendrix moved back to her home in Australia after a long-term relationship ended at age 39. 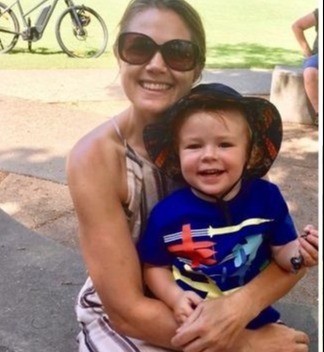 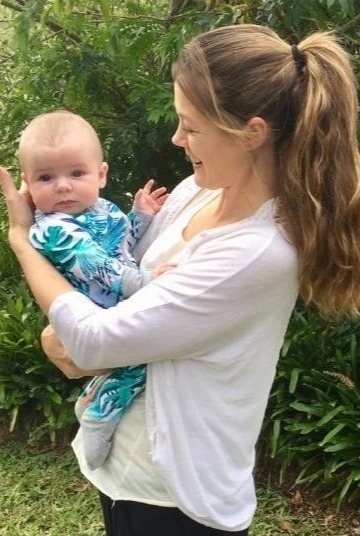 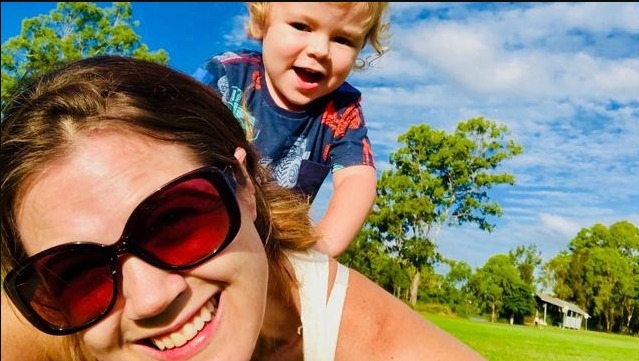 Back in her home country again, Hayley knew she was meant to be a mum, but she wasn't sure how that was going to work as a single woman nearing the end of her fertile years.

"I didn't get the ovary twitch or any of that sort of stuff, but always in bones, I always knew I'd be a mum," Hayley told Kidspot.

"Because I couldn't put all the pieces together, I didn't know how it could work.

"I was 39, single with the big fat four-zero staring me in the face… It was a really tough time."

Hayley knew that time wasn't on her side so she started to explore her options. She circled back to her ex and the pair discussed him being a donor but that didn't work out either.

Still hoping to find her path to motherhood, Hayley began dating again while having conversations with some friends she may have considered suitable donors.

She also consulted a fertility specialist and underwent a number of rounds of IUI (intrauterine insemination).

Committed to finding a solution, Hayley discovered websites and Facebook groups with men offering sperm for donation. Hayley put up an ad seeking a donor that would become her child's future father.

Hayley's list of requirements included medical history, geographical location, availability and values, and she eventually narrowed it down to five names.

After many conversations over several months, Hayley settled on "Mr Right".

Hayley jumped on a plane and headed down to Melbourne from her home in Queensland to meet her chosen donor and complete the exchange. With the timing just right, the pair met up in the bar of a hotel and headed upstairs to complete a 'home insemination'.

A 'home insemination' is where donor sperm is injected into the vagina with the use of a plastic syringe.

According to the Fertility Society of Australia and New Zealand, there are risks associated with this method. You should always consult your medical professional prior to making any individual medical decisions.

Upon her arrival upstairs in the hotel room, Hayley had a last-minute bout of nerves and returned to the bar for one last drink before moving forward.

"By the time I came back up to the floor I was like, 'I think I just need to chill for a bit', then I'm like, 'you probably want to get this out right?' And he said, 'yeah I'm pretty loaded!" Hayley laughed.

"He hands me what he needs and the next second my legs up on the wall and he's sitting next to me ordering dinner!"

Hayley recalled it as an "out-of-body experience" and said she wouldn't change a thing. The pair hung out and spoke for hours and Hayley returned back home hoping for the best.

While Hayley was hopeful her trip to Melbourne might result in a pregnancy, she was also realistic about the odds.

"My donor contacted me two weeks and two days afterwards to follow up as he hadn’t heard from me," said Hayley. "I told him I could feel menstruation coming on so it wasn’t likely it worked."

She waited another week but her period still hadn't shown up. When she mentioned the sensation to a friend over lunch, the friend immediately whisked her off to the chemist and thrust a test into her nervous hands.

"She then stood by my side as we watched it flashing," Hayley said. "It then flashed a positive. My friend, Cheryl, literally squealed 'I knew it!' and we both hugged."

"I honestly felt shocked. I couldn’t believe the mission for the most part was complete and my relentlessness had paid off.

"I also shared the news with my donor to let him know it worked… He told his mum who was so happy that her boy was able to assist an 'older' woman."

Hayley gave birth to a baby boy she named Remy. When he was six months old, the donor offered to help her conceive again but she declined.

When asked how much of a role the donor plays in Remy's life, Hayley said, "They've met.

“If I'm ever down in Victoria, I would definitely catch up with him. We talk about him in our household, we have pictures."

This article was originally published on Kidspot and has been republished here with permission.

This Fresh Pajama Set Is Keeping the Tie-Dye Trend Alive