Home » Fashion » I carried my triplets to full term knowing one would be stillborn, terrified I'd lose her brother and sister

A BRAVE mum had to go through half of her triplet pregnancy knowing that one of her tiny babies would be stillborn.

Kirsty Alexander, from Kent, was surprised to find that she was pregnant again, after needing IVF to conceive her first daughter, Bonnie. 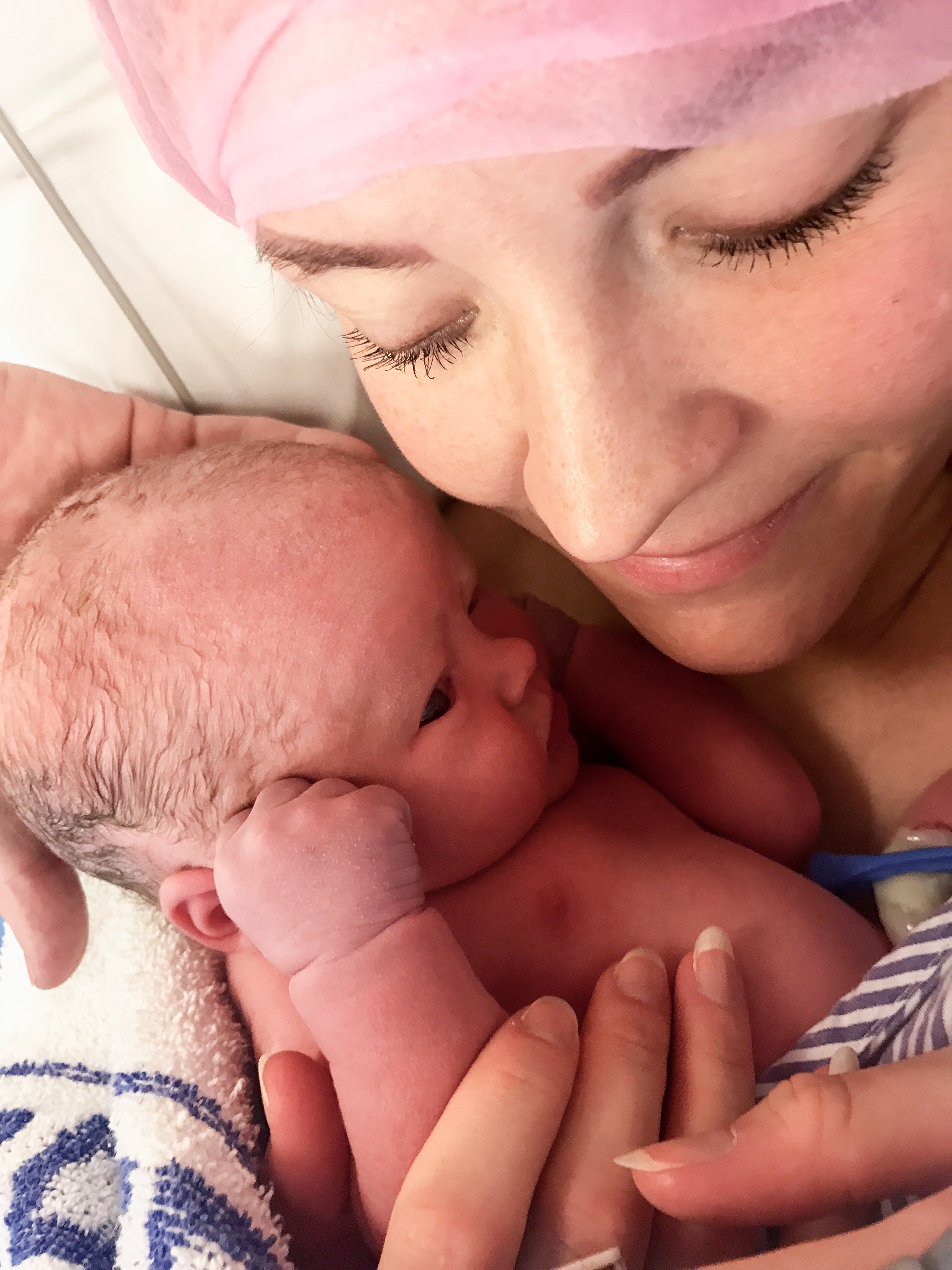 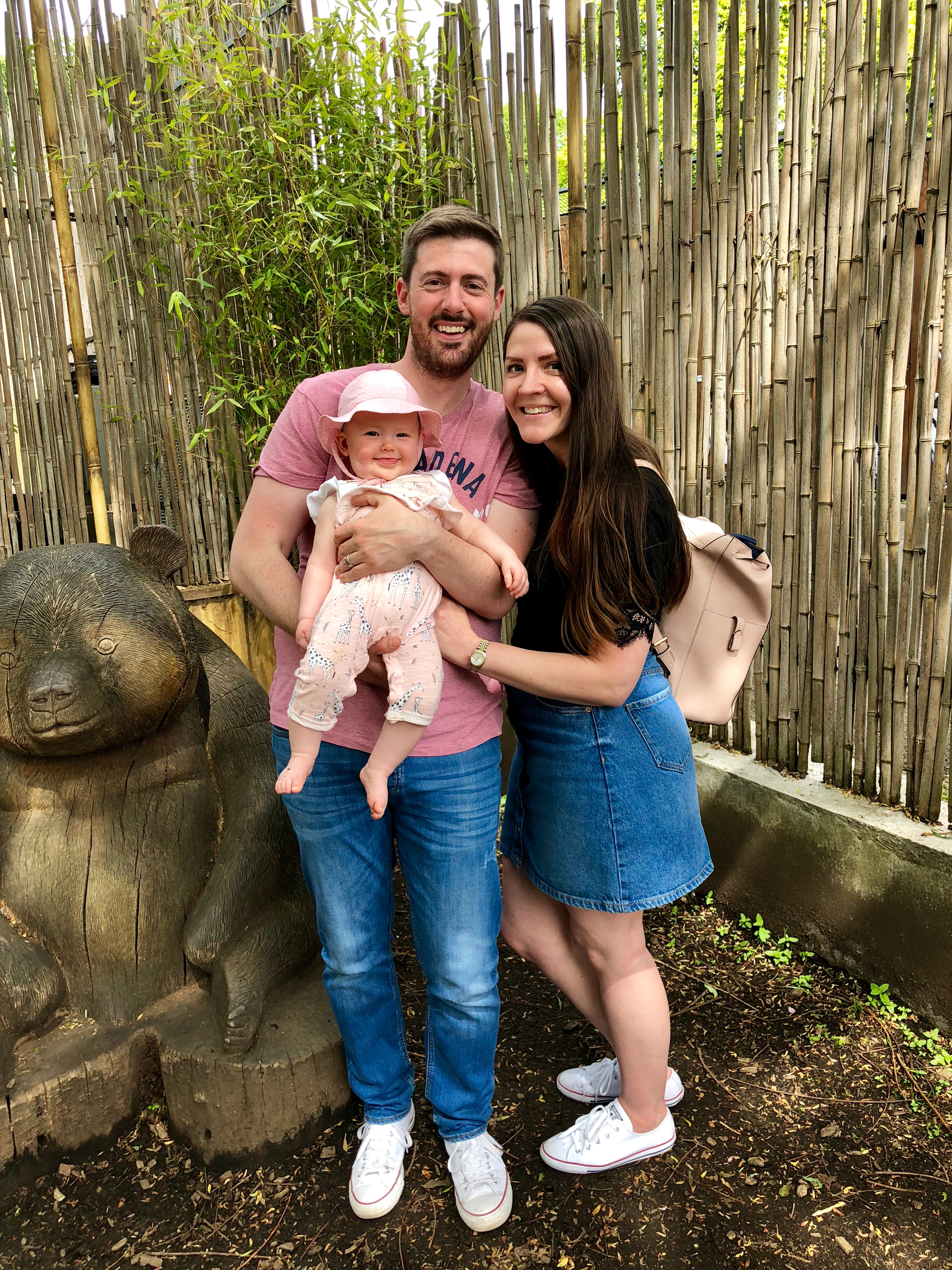 From four weeks gestation, however, she noticed spotting.

Fearing a miscarriage, she and her husband John booked an early ultrasound at seven weeks.

But the pair were reassured that everything was normal and that actually, there were three heartbeats instead of one.

“I seemed to have a baby bump very quickly after finding out, but other than that I didn’t think it felt too different to Bonnie’s pregnancy," Kirsty, 33, explained. 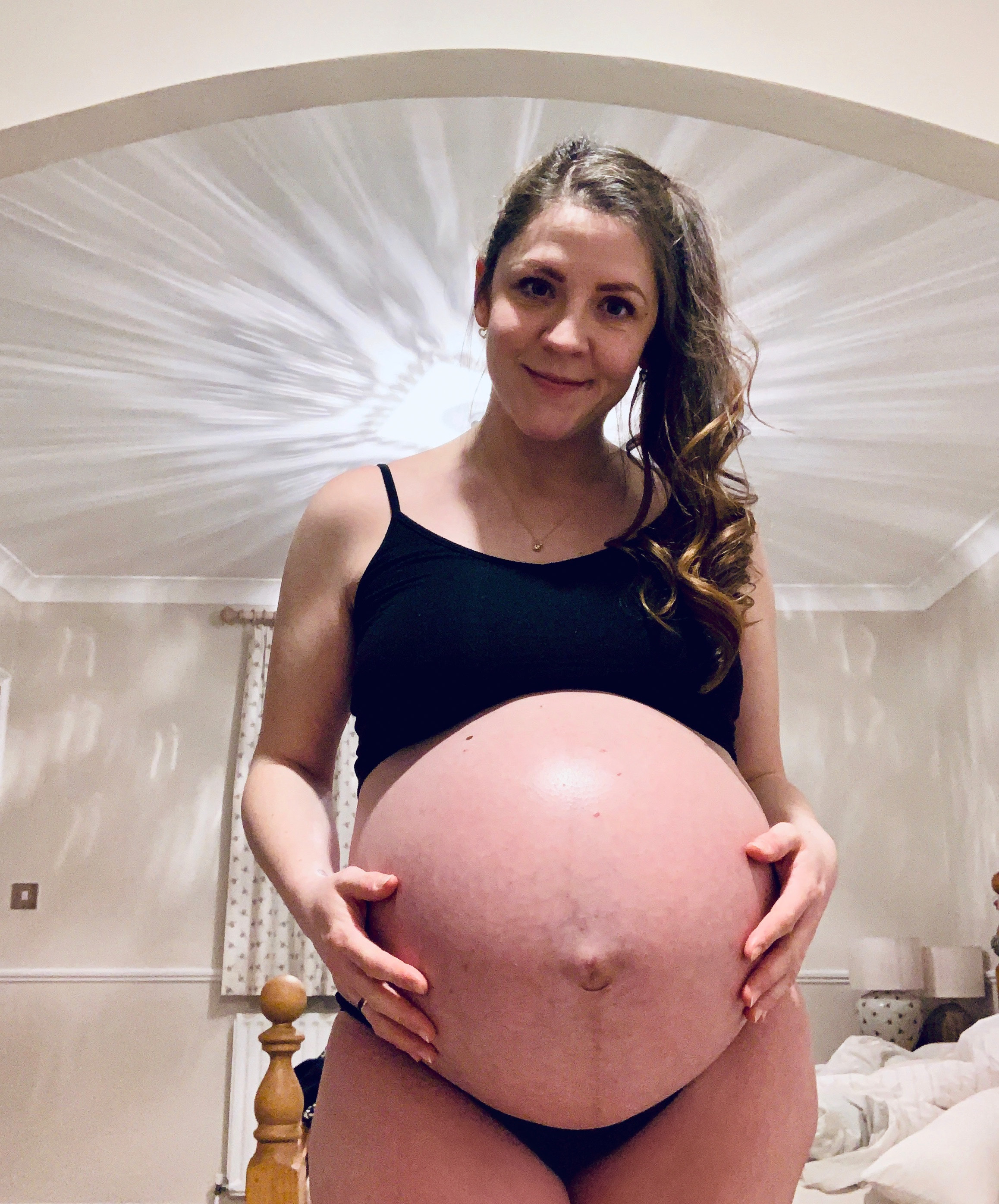 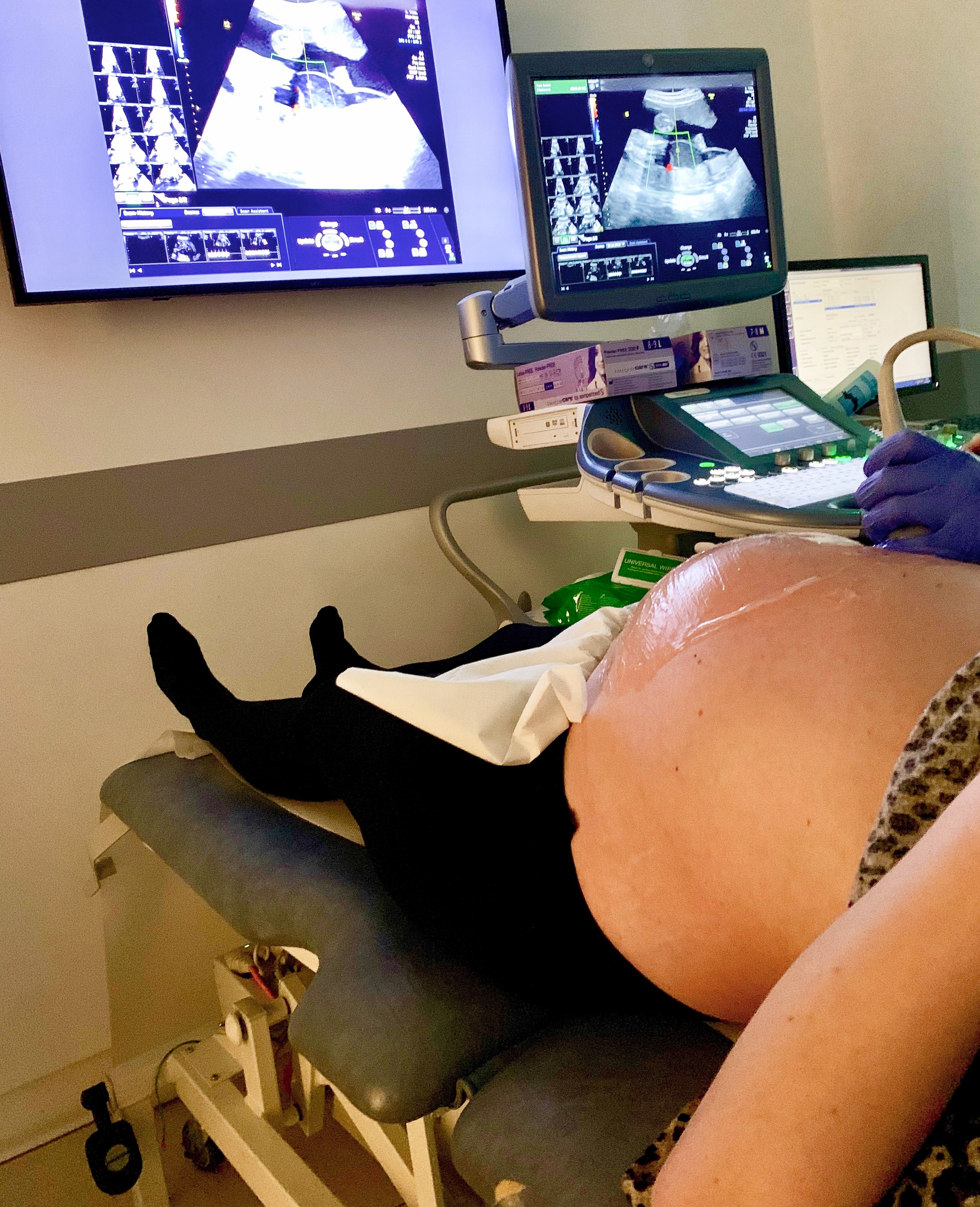 "I did experience some bleeding, which I thought was concerning so we went for a scan earlier than expected.

“We saw the consultant in week seven for reassurance due to the bleeding. I was terrified that we may have miscarried but our consultant said, ‘it’s a double congratulations as there are two heartbeats’ and then he paused before saying ‘oh there’s a third’."

She recalled that she simultaneously started laughing and crying – as well as shaking.

“I loved each of the babies from the minute we found out we were expecting triplets. I’d imagined what they looked like, what their personalities might be like and most of all I’d imagined holding them all safely in my arms." 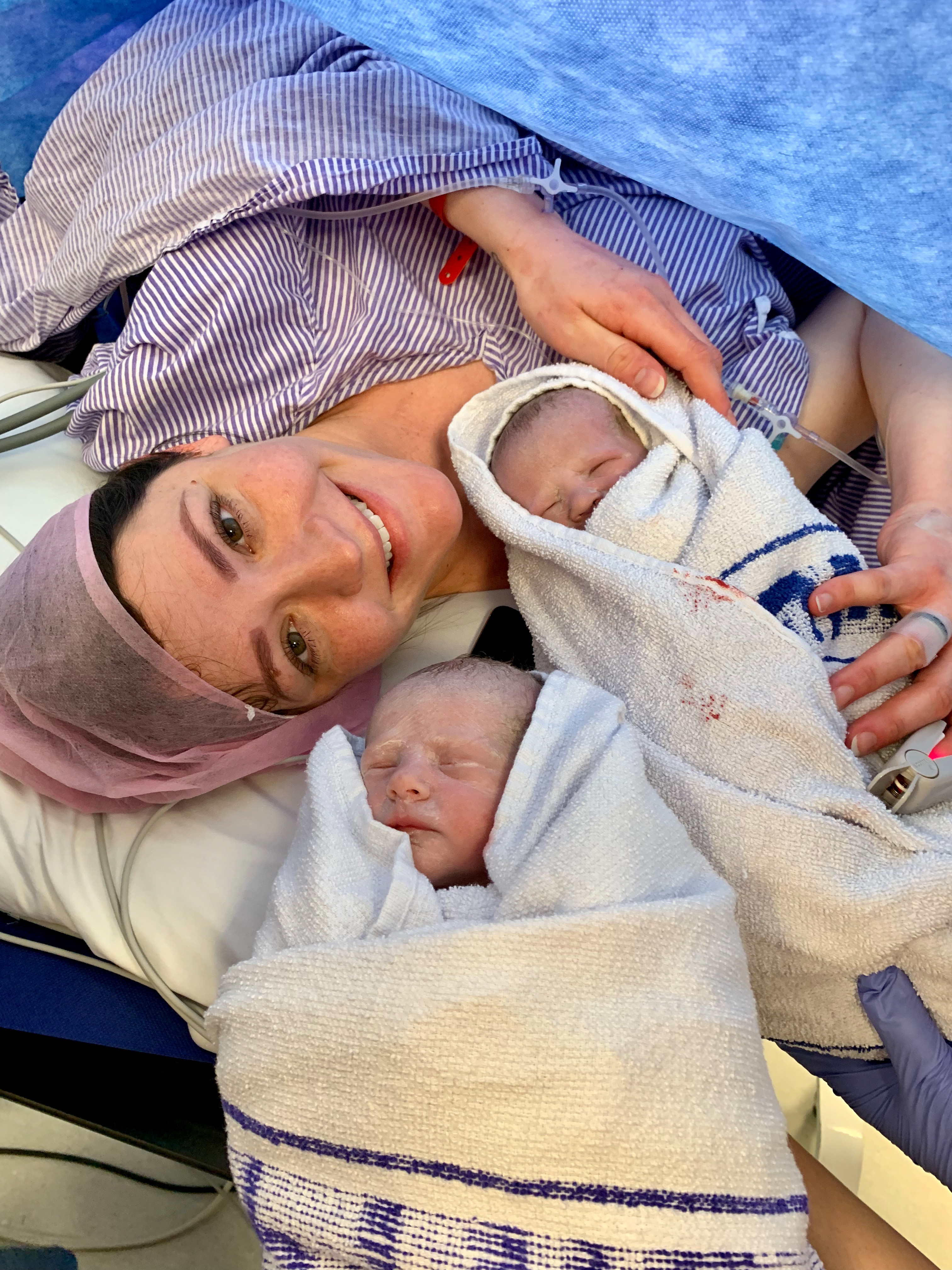 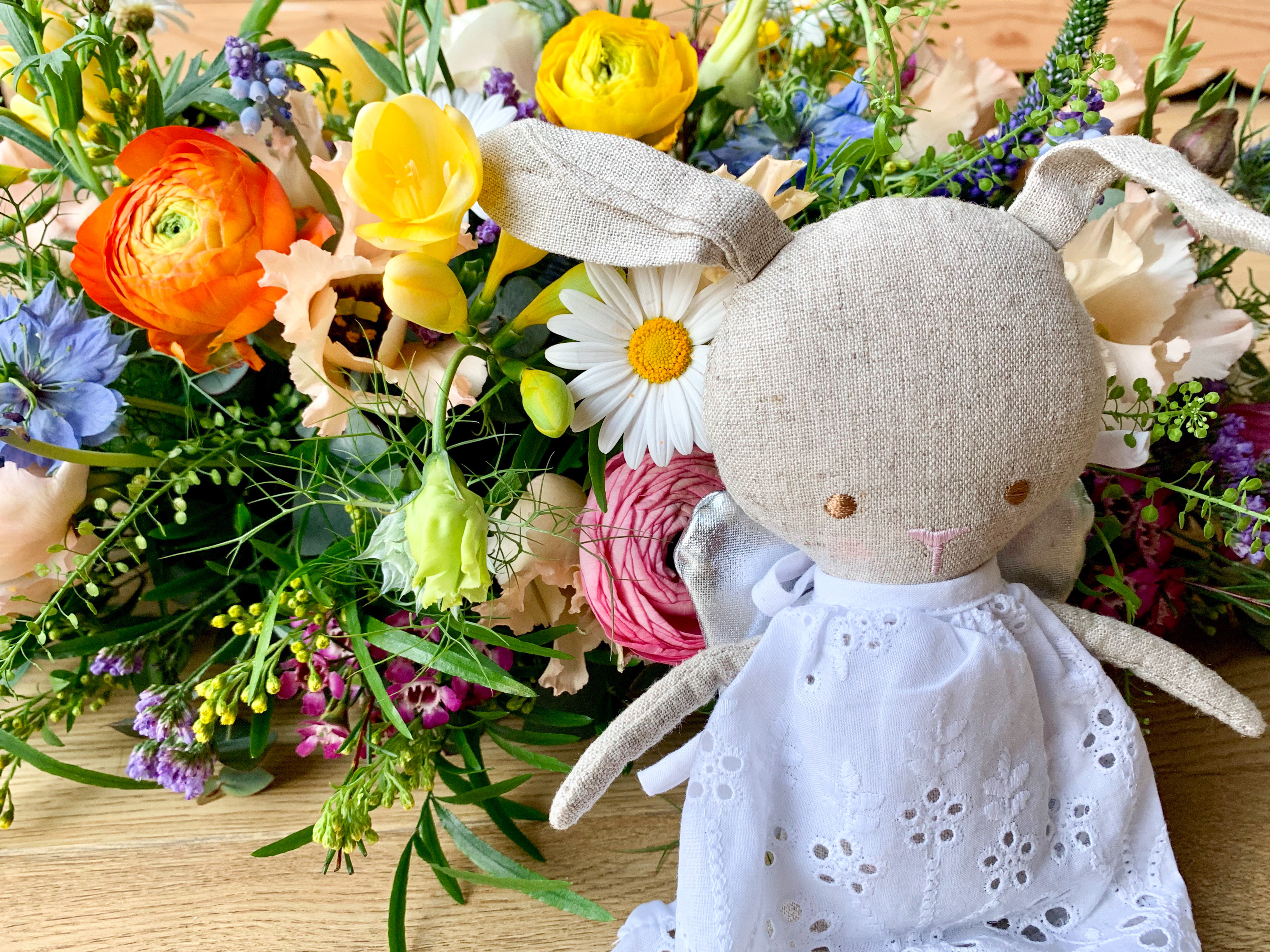 But by 18 weeks, a scan revealed serious issues with one of the babies.

One of the babies, Dotty, seemed to have a build-up of fluid around her brain, and developmental problems had caused her to pass away.

“The consultants believe the abnormalities that Dotty had were caused by a developmental issue, and the issues with her brain were potentially caused by a problem with the valve to her brain,” Kirsty said.

The heroic mum had to go through her pregnancy knowing that her angel baby Dotty would be stillborn. 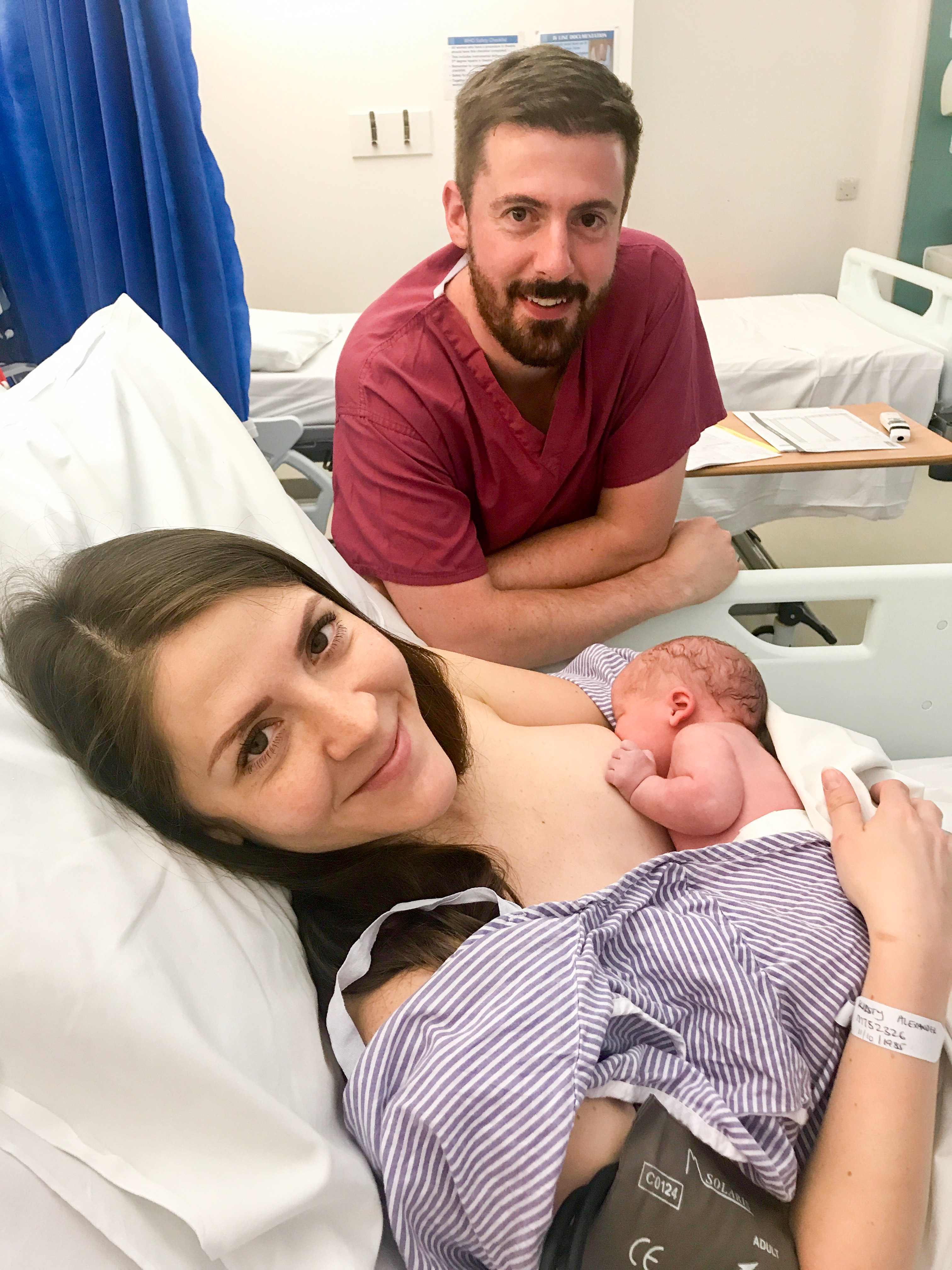 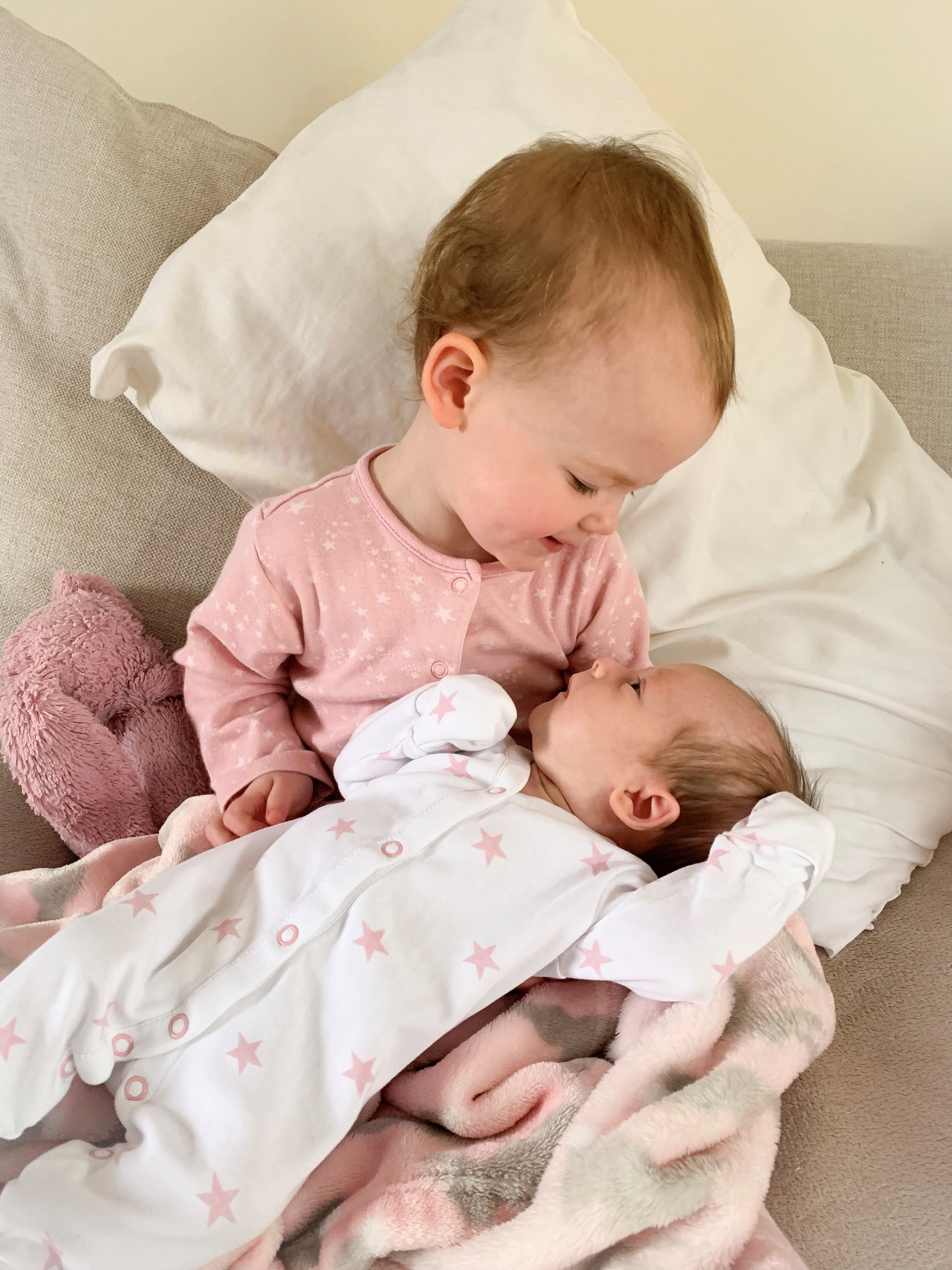 Kirsty says that she struggled with anxiety over her remaining two babies and that aside from her friends and family, little bereavement support was offered to her.

“The first few weeks were awful. I felt like I couldn’t leave the house because my anxiety spiralled and I was so terrified of something else happening to one of our survivors,” she recalled.

Despite being advised to share her feelings and emotions with those around her, Kirsty says she "didn't feel strong enough to speak face-to-face" about what happened. 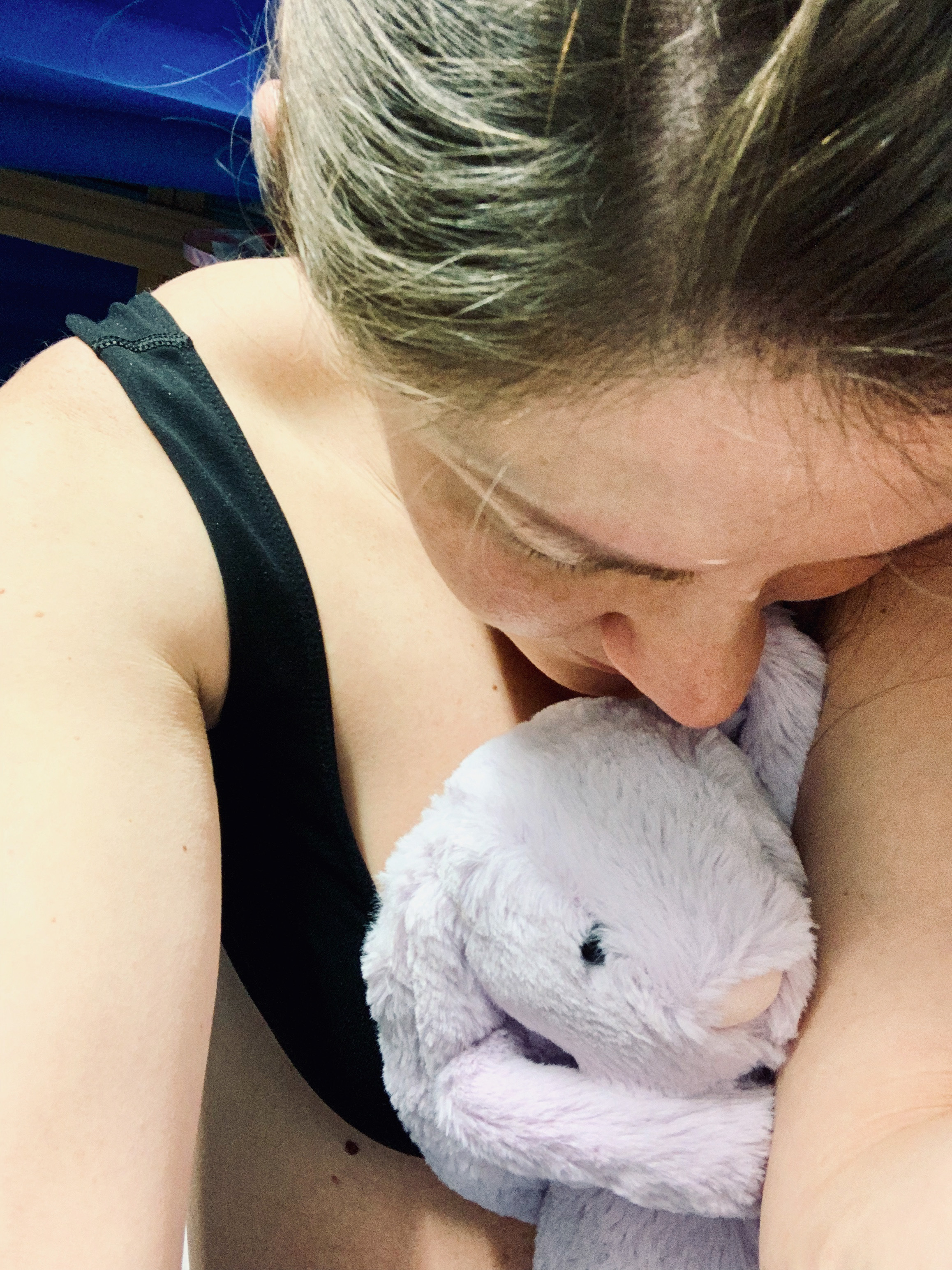 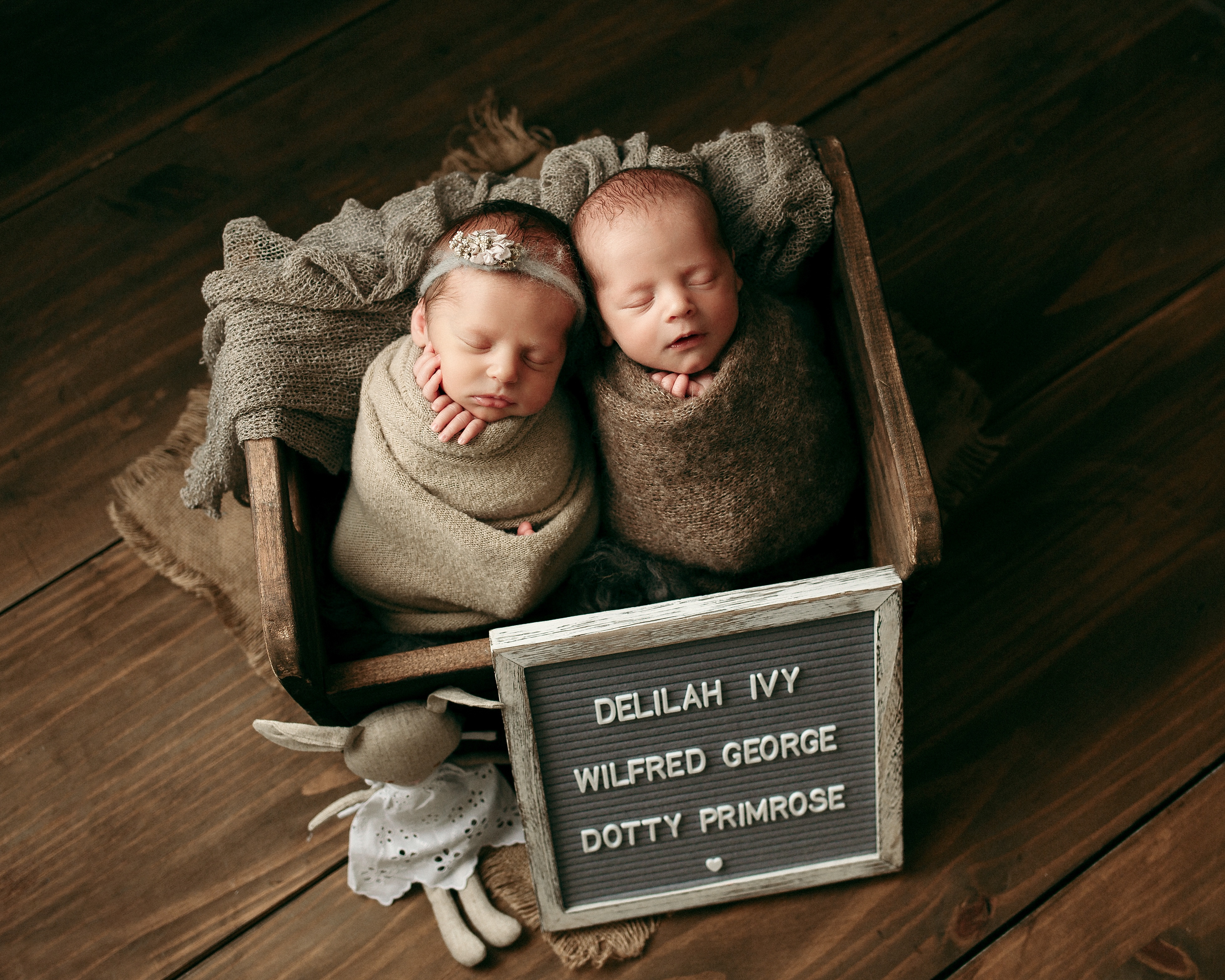 "It helped so much to let go of some of the fear, upset and anger that I had bottled up," she said.

“There were times when John had to speak on my behalf to the midwives at the hospital as I just couldn’t get my words out through the tears.

"But Instagram almost allowed me to have a comfort blanket for my emotions and it protected me from the face to face interactions whilst still allowing me to share my feelings. 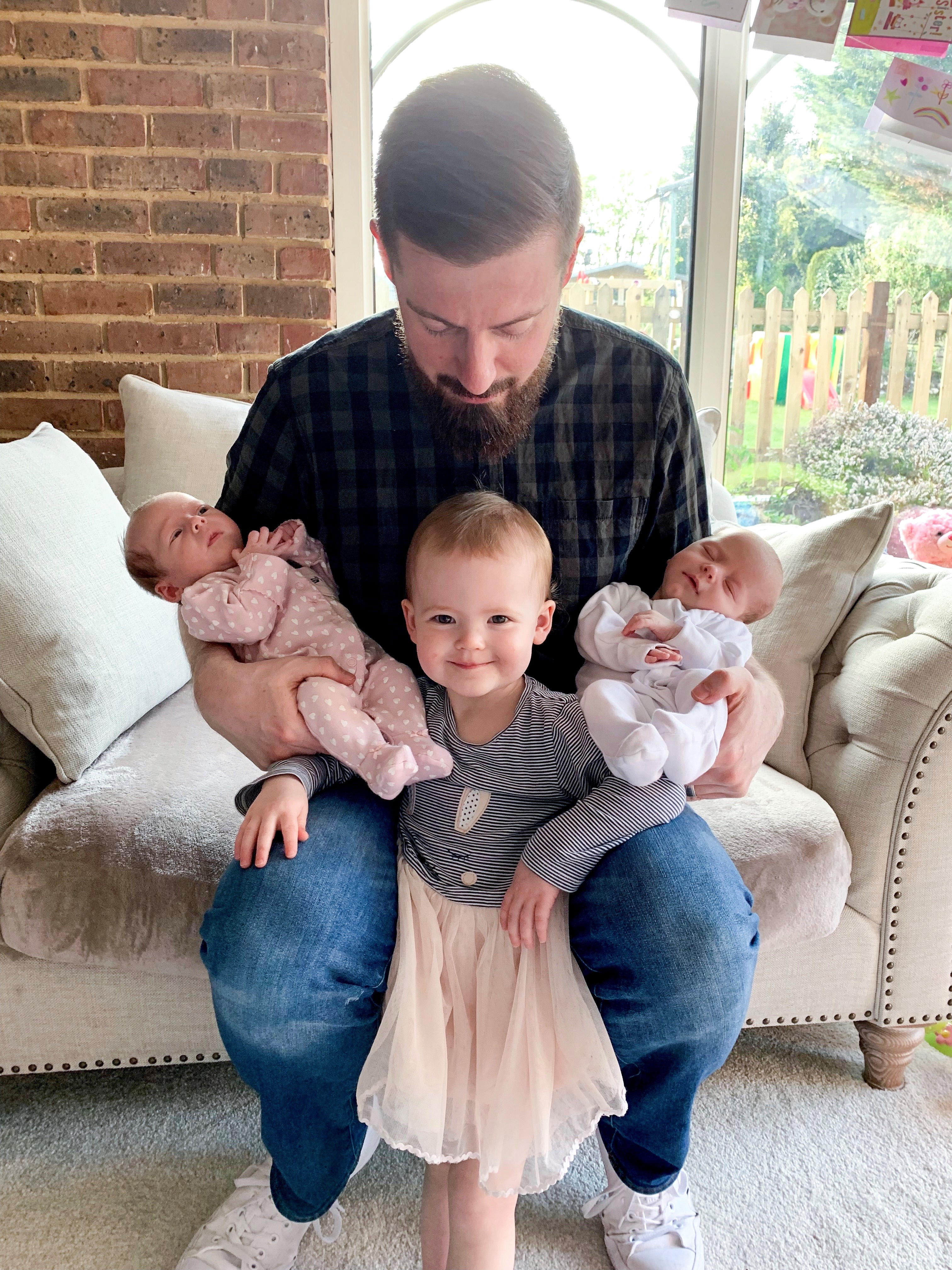 “It gave me a platform to grieve and I spoke with so many wonderful, supportive and caring people. It also put me in contact with people who experienced loss themselves and they offered me words of comfort that really helped when I was at my lowest."

Her biggest issue after Dotty's death was the prospect of having to say goodbye once she'd given birth to her.

“The whole time I carried her I felt like she was safe and close to me, but I knew once I gave birth, I would have to grieve all over again for her.

“I cried so many tears at the thought of her being alone, so Dotty’s bunny was something I chose to keep her safe. 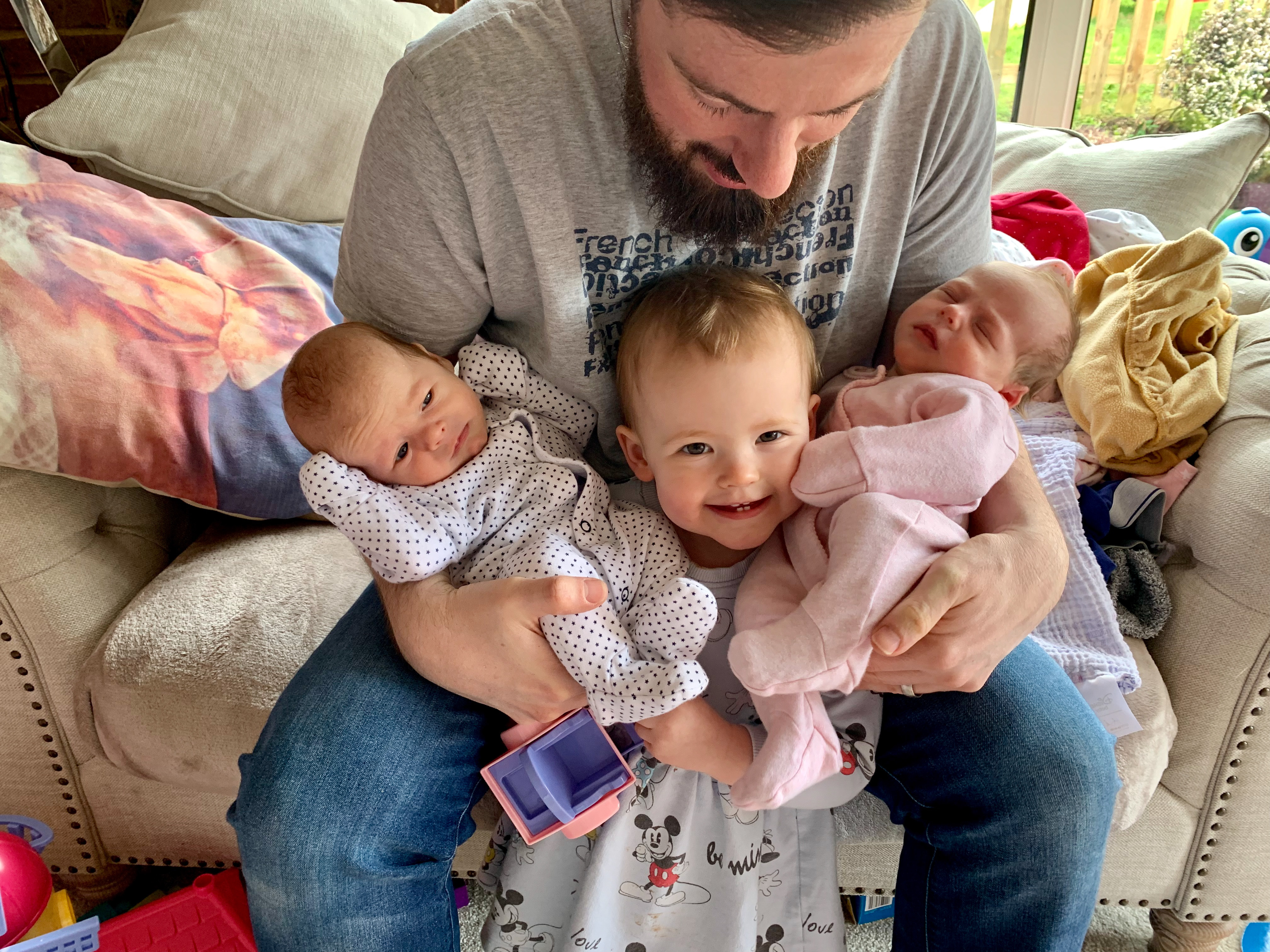 "I cuddled it the night before my c-section, so when they took Dotty away, she’d always have it with her, and it would smell of me. I just couldn’t bear the thought of her being alone. Delilah and Wilf also have their bunnies."

The whole experience has helped Kirsty to realise just how precious life is.

"I appreciate every second I get with my babies; I hold them even tighter and love them even more unconditionally than I even thought possible since losing Dotty."

She's now sharing her story to try to help other bereaved parents get the support they need.

“Talking really does help lift the weight of grief, but parents need support to feel like they can open up to get through what is the most heart-breaking experience.

"Each one of those mums and dads is a mum and a dad, and even if it’s to an angel baby, they will always be a parent to their baby.”