Tré Cotten got his big film industry break this year in “One Night in Miami,” the first feature directed by Regina King. Mr. Cotten is an expert in voice and speech training and a self-described “research nerd,” adept at seeking out audio recordings and other materials to identify the habits that make a character’s language unique.

He was eminently qualified to help the actor Eli Goree, who plays Cassius Clay in the film, reproduce the rhythms and tones of the boxer’s Louisville sound. Yet many crew members were surprised to see a Black man doing this kind of work — even on a film that recounts an imagined meeting between Malcolm X, Jim Brown, Sam Cooke and the man who would become Muhammad Ali, and which was written, directed and cast by Black people.

Over the past five months, major film and television studios have signaled renewed efforts to depict people of color thoughtfully and authentically. It isn’t really possible to verify the sincerity of these efforts, but the changing role of dialect coaches — and how they’re allowed to work — may offer a way to judge their success.

As it happens, Mr. Cotten, 32, only heard about the assignment through Liz McLaughlin, an accent coach who is white. “It was great of Liz to hand it off,” he said. “And I was blessed to be put in that position. But I often wonder if I’d even hear about these jobs otherwise.” 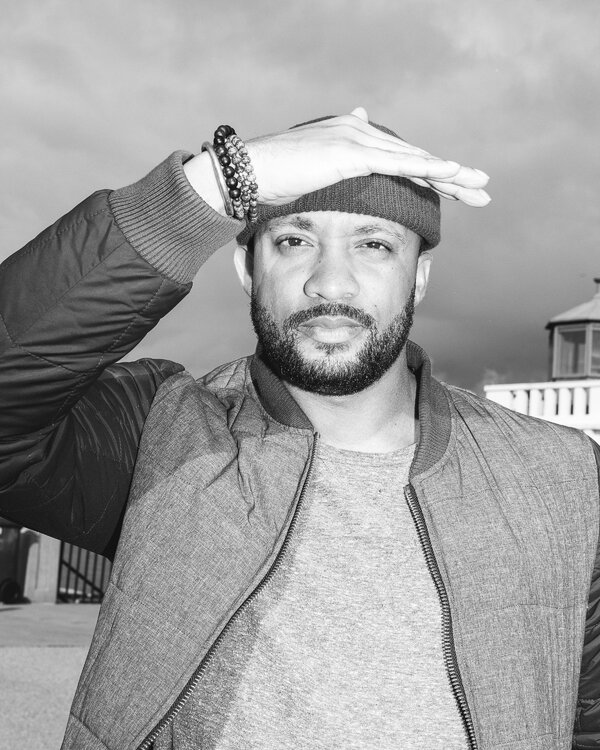 What makes things tricky, Mr. Cotten said, is that his craft is inconspicuous by design. As a general rule, audiences only notice accent work if the results sound awkward or fake. Coaches have no guild or union, and most of their employment comes from word-of-mouth recommendations, or through professional circles mediated by white peers.

This can make it difficult for nonwhite coaches to be hired. Erin Washington, the chairwoman of the Equity, Diversity, and Inclusion Committee for the Voice and Speech Trainers Association, estimated that more than 95 percent of jobs go to white coaches, regardless of the character’s ethnicity.

As a discipline unto itself, accent and dialect coaching is fairly new. Until around the 1970s, questions about accents were left entirely to producers, writers and directors, almost all of whom were white. A well-meaning white writer, outwardly committed to naturalism, might still look for material from the eavesdropped conversations of friends or neighbors. Others drew on equally weak depictions in other movies or shows, leading to an inane feedback loop.

“Those erroneous linguistic portrayals ended up codifying stereotypes,” said Cynthia Santos DeCure, a dialect coach, bilingual actress and professor of acting at Yale Drama School. “The mistakes were replicated over and over again. For a long time, audiences and then writers accepted them as gospel.”

Al Pacino’s work in “Scarface” and Hank Azaria’s dialogue in “The Birdcage” might not have inspired a generation of degrading mimicry. John Malkovich could have been halfway decent in “Rounders.” Perhaps Gerard Butler wouldn’t have to apologize for “P.S. I Love You.” Mickey Rooney’s performance in “Breakfast at Tiffany’s” could have been averted entirely.

Accent work can be startling (Robert De Niro in “Cape Fear”), confusing (Keanu Reeves in “Dracula”), goofy (Nicolas Cage in “Con Air”) or inexplicable (Jon Voight in “Anaconda”). It can also be head-shakingly offensive, and a self-sustaining fountain of cultural incompetence.

Raised in Puerto Rico, Ms. DeCure is the first person of color to be certified in Knight Thompson Speechwork, a program with a progressive attitude toward ethnicity and pronunciation. Her initial training, however, was in the style of Edith Skinner, a teacher whose approach has been criticized for suppressing the speech patterns of immigrants.

Ms. Skinner died in 1981, and her mentor, the phonetician William Tilly, had an eager following in the 1920s among New York City public schoolteachers and voice instructors hoping to scrub out the “signs of social inferiority” they detected in the English spoken by new arrivals.

When Ms. Skinner guided students in basic phonetics, she prescribed a series of rigid drills and exercises that tended to strip away marks of class or nationality, in pursuit of a stagy, placelessly confident ideal she called Good American Speech. Her book, “Speak With Distinction,” is still used in college and graduate drama programs all over the country.

Ms. DeCure, 54, said that while it’s normal for high-profile, white, American-born actors portraying an English or Australian character to demand accent training in their contracts, this advantage remains rare for nonwhite actors, who are more likely to be cast for physical traits. Dominican actors playing Chileans — or Jamaican actors playing Kenyans — are largely on their own.

“We celebrate it when white actors nail an accent,” she said. “We celebrate it! Until we can offer that same detail and attention to all linguistic identities, and to a myriad of accents, we’re still going to be erasing the humanity of those stories and those characters.”

Claudia de Vasco, who lives in Los Angeles, spent nearly two decades feeling periodically frustrated by the lack of opportunities for Latino accent coaches like herself. Over the course of her career, she often encountered producers who doubted her expertise on “real” American speech, despite the fact that she was born in the United States. And although she was seldom consulted for dialogue for non-Latinos, the reverse is overwhelmingly common.

“Right now, most Latino families on TV are coached by white coaches,” Ms. de Vasco said. “On the one hand, a coach should be able to coach whatever they’re skilled at. But if we’re really trying to deal with racism in this industry, then it’s fair to say that who coaches people of color plays a big part in how those people are represented.”

Ms. de Vasco, 37, said she hopes that working conditions for nonwhite coaches will catch up with the times. The market is already demanding it.

Lang Fisher, an executive producer, pointed out that weak accents can alienate an increasingly diverse and sophisticated viewership, at a time when streaming services have made programming more accessible to people around the world. The Netflix series “Never Have I Ever,” which Ms. Fisher created with Mindy Kaling, centers on a teenage daughter of South Asian immigrants, and has a sizable fan base in India.

“We’re playing to a much larger and more international audience, and we want to create fully fleshed-out people,” Ms. Fisher said. “We don’t want caricatures, and so it’s important not to have actors just winging the accent.”

Batán Silva, a Mexican-born producer and director, believes this shift is particularly relevant to Spanish-speaking viewers. Industry reports acknowledge that Latinos, despite being grossly underrepresented onscreen, are frequent moviegoers, and will speak up immediately if an accent sounds weird or unconvincing.

While working as co-producer and second unit director for “Narcos,” another Netflix series, Mr. Silva was keen to avoid the conventional approaches to non-English dialogue he’d seen in other American shows.

“There’s nothing worse than a Mexican character who sounds like an Argentinian or a Spaniard,” he said. “Or actors who say seven things in Spanish, and then miraculously switch to English. Supposedly, that was for marketing purposes, but now studios are starting to realize that it’s actually good for business to be diverse.”

Mr. Silva said that while film and television executives are more willing than they used to be to budget for accent coaching, change has been slow. Many professionals believe the profession will only reform itself when people of color are placed in charge of production and distribution.

Others are interested in collective organizing. Last month, Ms. de Vasco began a Facebook group for accent coaches of color, hoping to develop a database that potential employers can draw from when looking for experts in a given language or dialect. Members can share job opportunities, and they’re encouraged to compare rates, which they can use to negotiate better fees.

Until recently, almost all of the handful of agents or managers who represent accent coaches have been white, but Ms. de Vasco may be changing this as well. Shortly after starting the Facebook group, she was hired as a representative for the BrickHouse Talent agency.

“When casting directors understand that they’ve been making an error, they’re usually open to rectifying it,” said Aurora Lizardi, the owner of BrickHouse and its principal on-camera agent. “Claudia understands that, and then she can say, ‘Let us help you.’ We can sit down with directors, educate them on the nuances of our community, and show them how they can help move that needle.”

Since finishing his work on “One Night in Miami,” Mr. Cotten said that networking has gotten somewhat easier. Besides his tutoring with Mr. Goree, he’d helped Leslie Odom Jr., figure out a young Sam Cooke, having listened to differences in diction between Cooke’s studio albums and “Live at the Harlem Square Club, 1963.” (“That was Mr. Soul, in front of Black audiences, so we used that as a template,” Mr. Cotten said.) Regina King had never worked with a dialect coach before but said she was pleased with the results.

“My phone’s been busy,” Mr. Cotten said recently, describing the coaching he’s been able to do via Zoom. “And that’s good, but I want to make sure that I’m not the only one out there. One of the most repressed things for Black people in this country has been our voice. Right now, we’re seeing if we can really find our voice, at this time, and this specific moment, to specifically tell this story — this beautiful thing — the way the team wants it to be told.”

Stare at this mind-bending optical illusion for 20 seconds and what do you see?