TWO women were forced to install hidden cameras to catch their brazen flatmate creeping into their rooms and pawing through their possessions – just weeks after she 'confessed to swiping both of their SEX TOYS'.

Jordan claims she was left open-mouthed when she spotted Sarah* rummaging about in her and housemate Katie's rooms multiple times in the space of a week on hidden camera footage. 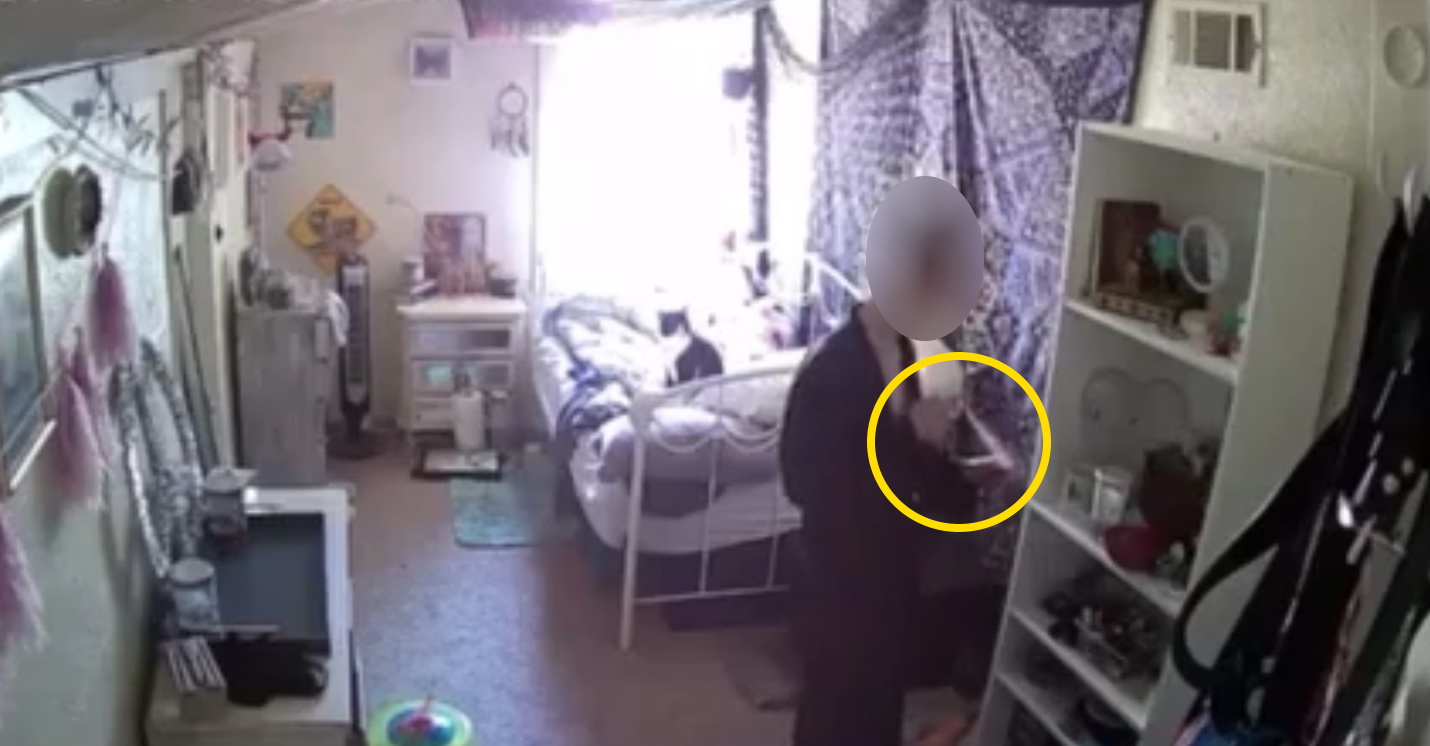 Delivery driver Jordan and house mate Katie were left stunned when footage appeared to show their housemate walking around in both of their bedrooms, going through their belongings, using some items and walking out with them.

However when the duo confronted their flatmate, messages between them appear to show Sarah admitting to taking their sex toys but claiming she was using them for an 'art project' – which never seemed to materialise and Sarah has since moved out.

Jordan, from Dallas, Texas, said: "Sarah would be going through my things, walking around [in my room]. 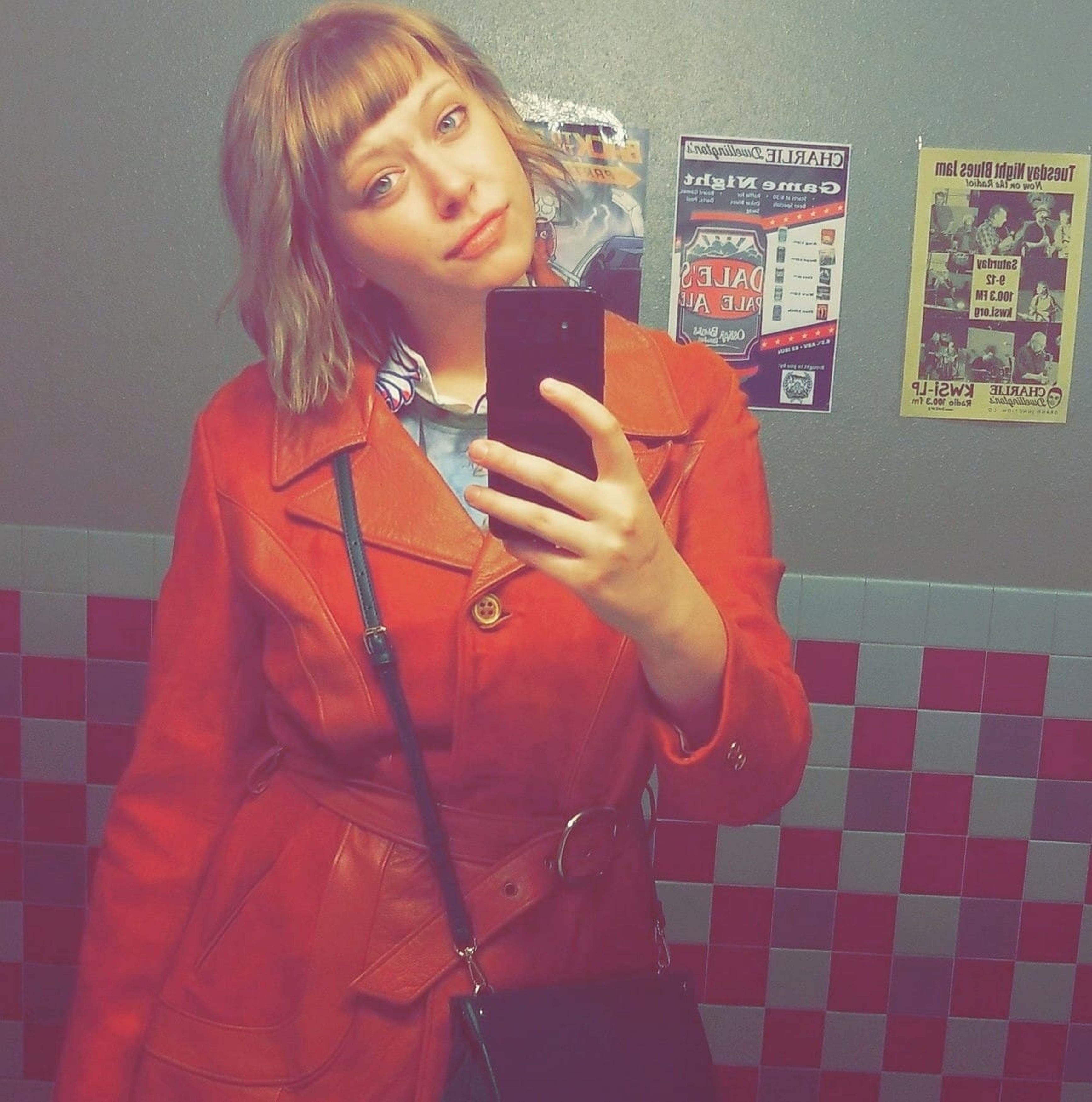 "She was going through my drawers, she would stop and stare off for a second, then she would go through another drawer.

"Then I started to go into her room because you know what? I wanted to see what she was stealing because you can't really keep track of all your things sometimes. You don't know what you're missing.

"That's when I started finding my stuff and Katie's stuff in her room, little things like make-up, nail polish, she took a ring, a necklace.

"She took Katie's old school ID, which was really strange [and] she took a couple of books from me." 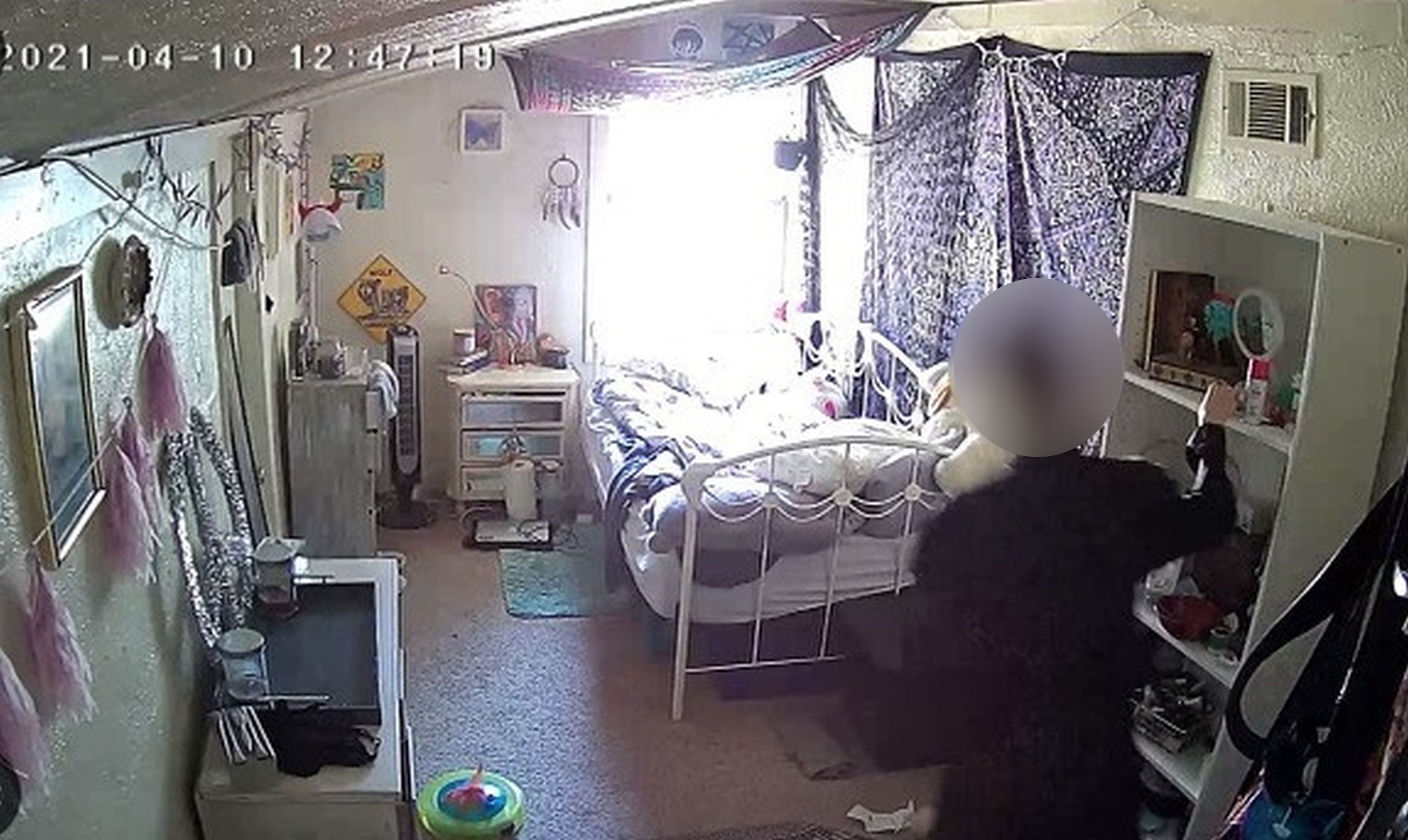 Jordan decided to set up the hidden camera after Sarah swiped her giant purple sex toy, that she discovered peeping out from under her pillow.

Jordan claims Sarah even admitted to taking a previous housemate's sex aid too.

The light-fingered housemate then bizarrely claimed that taking sex toys was 'just this thing I've done with all roommates' and that they were being used for an art project, though Jordan and Katie are yet to see any such project. 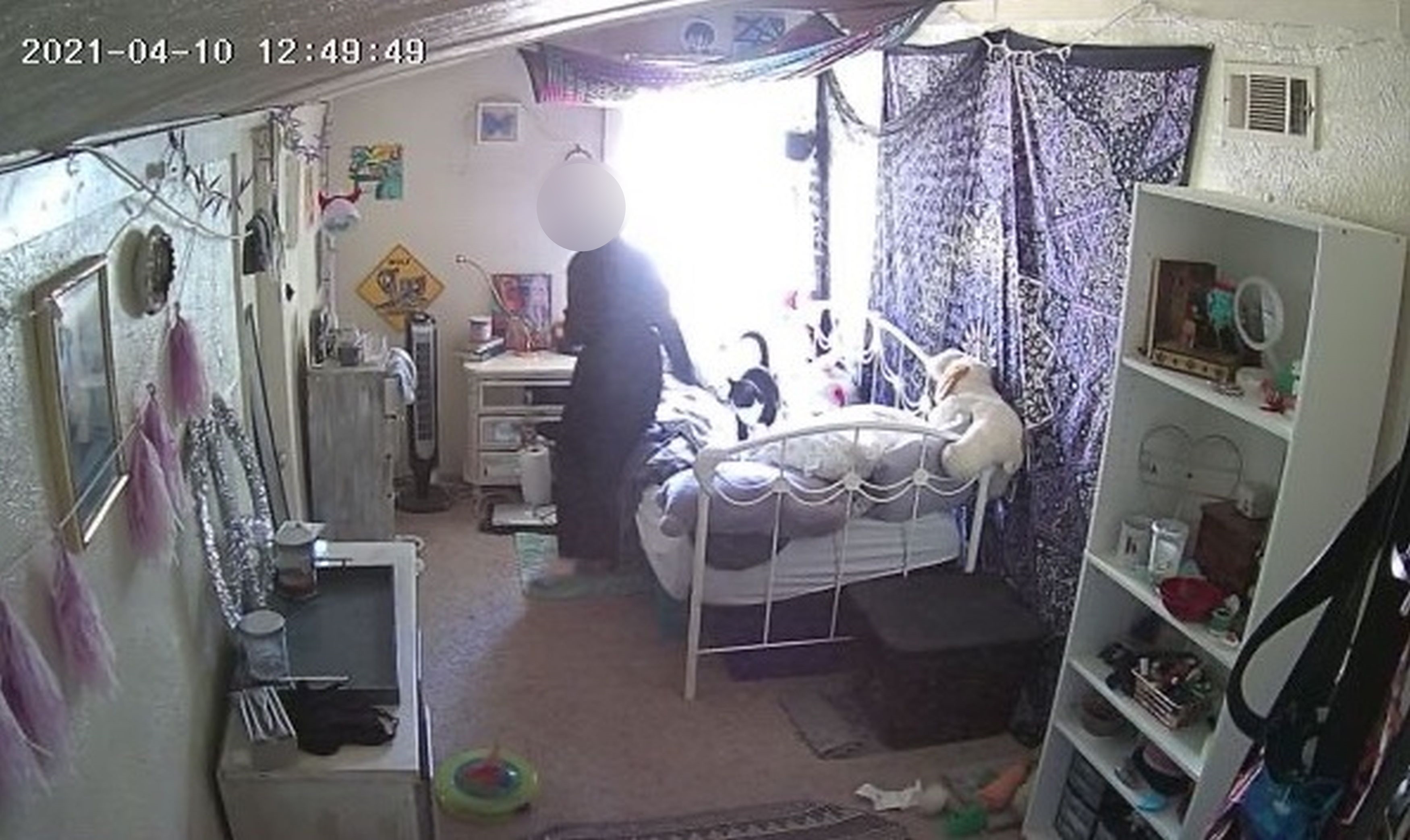 Concerned by the disappearance of their sex toys, Jordan and Katie set up cameras that appear to catch Sarah going through their stuff in their rooms.

Jordan, who has lived in the house share since August 2020, said: "I just went to go ask [Sarah] a question, her door was open, and I saw my sex toy sticking out from under her pillow.

"I almost thought 'maybe I gave it to her', I tried to push [the thought] back down because I did not want to address it, I was too uncomfortable." 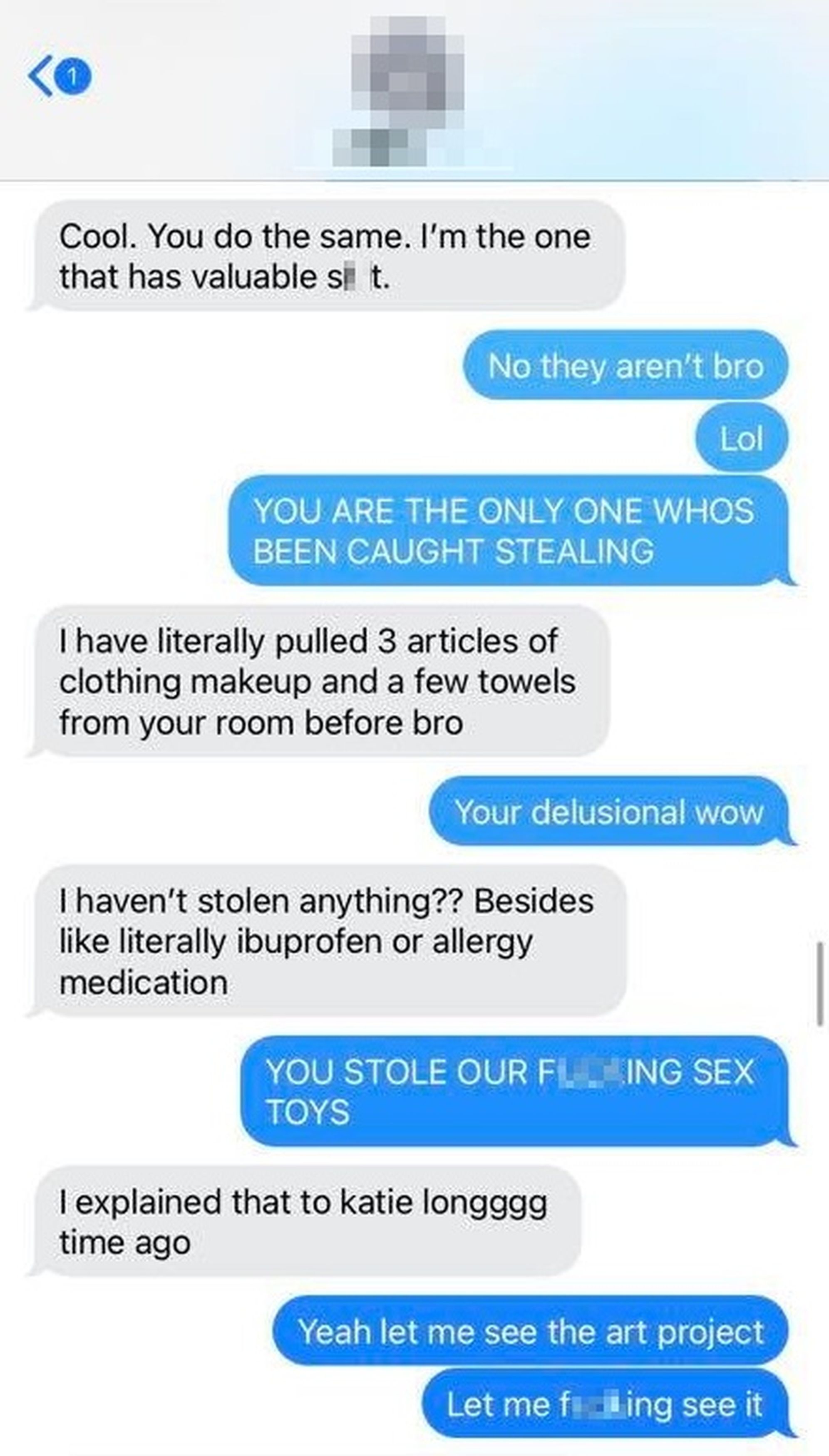 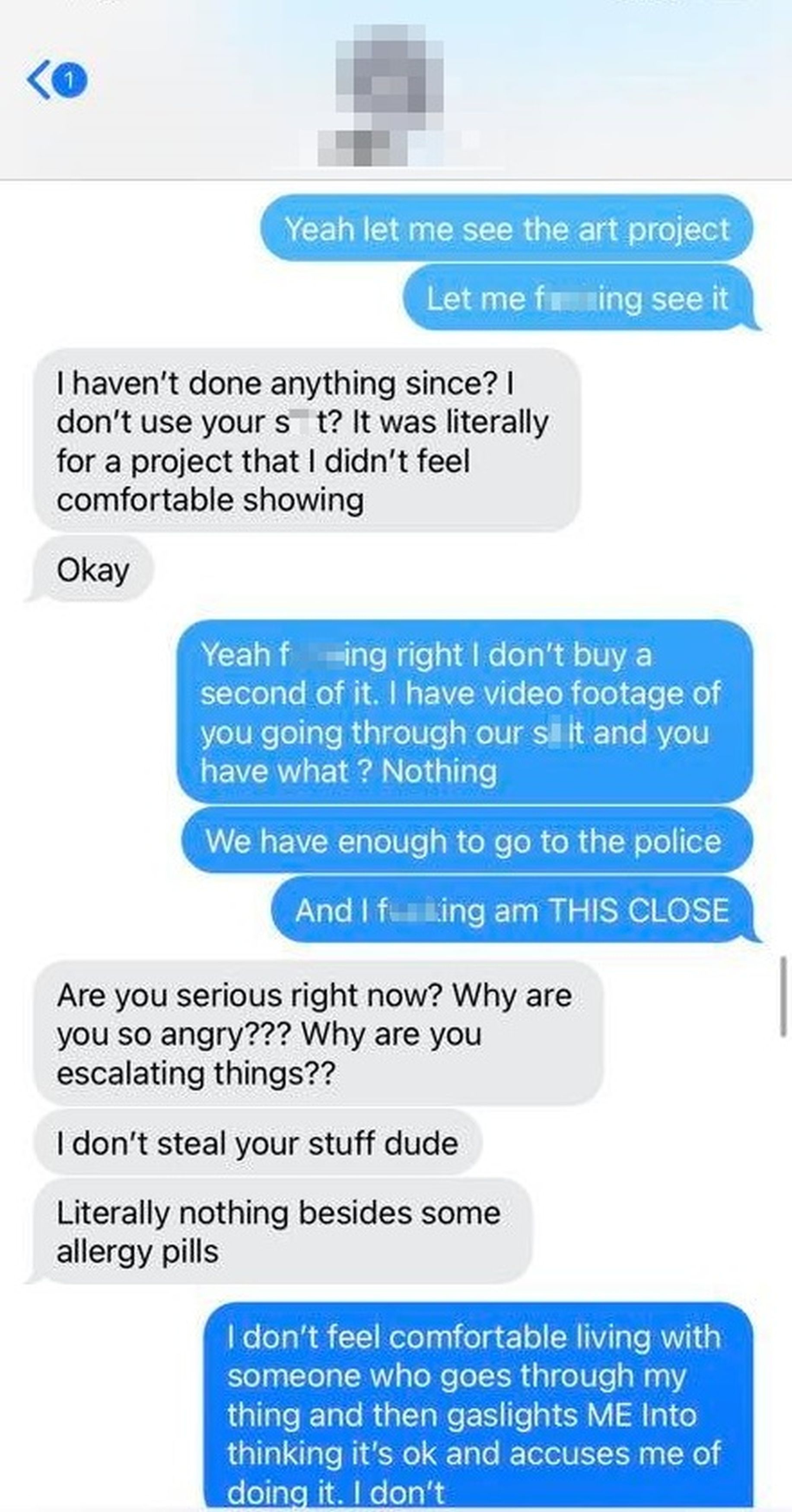 After being confronted about the missing toys, Jordan says Sarah claimed she took polaroids of them and wrote narratives next to them as part of an art project.

But when Katie and Jordan demanded to see the final piece it never materialised.

Jordan said: "I have other vibrators but I think that was the most accessible one as it's the one I didn't really use anymore.

"I remember she saw it in my room one time and said 'oh my god that thing is huge' and I replied 'yeah it's too big for me, I don't really use it'.

"Maybe she thought that would be the ideal one to take.

"Katie took hers back but I never saw mine again. When I pushed her to see the art project, she never showed us.

"I think she was using the vibrators. I think maybe she was selling them. 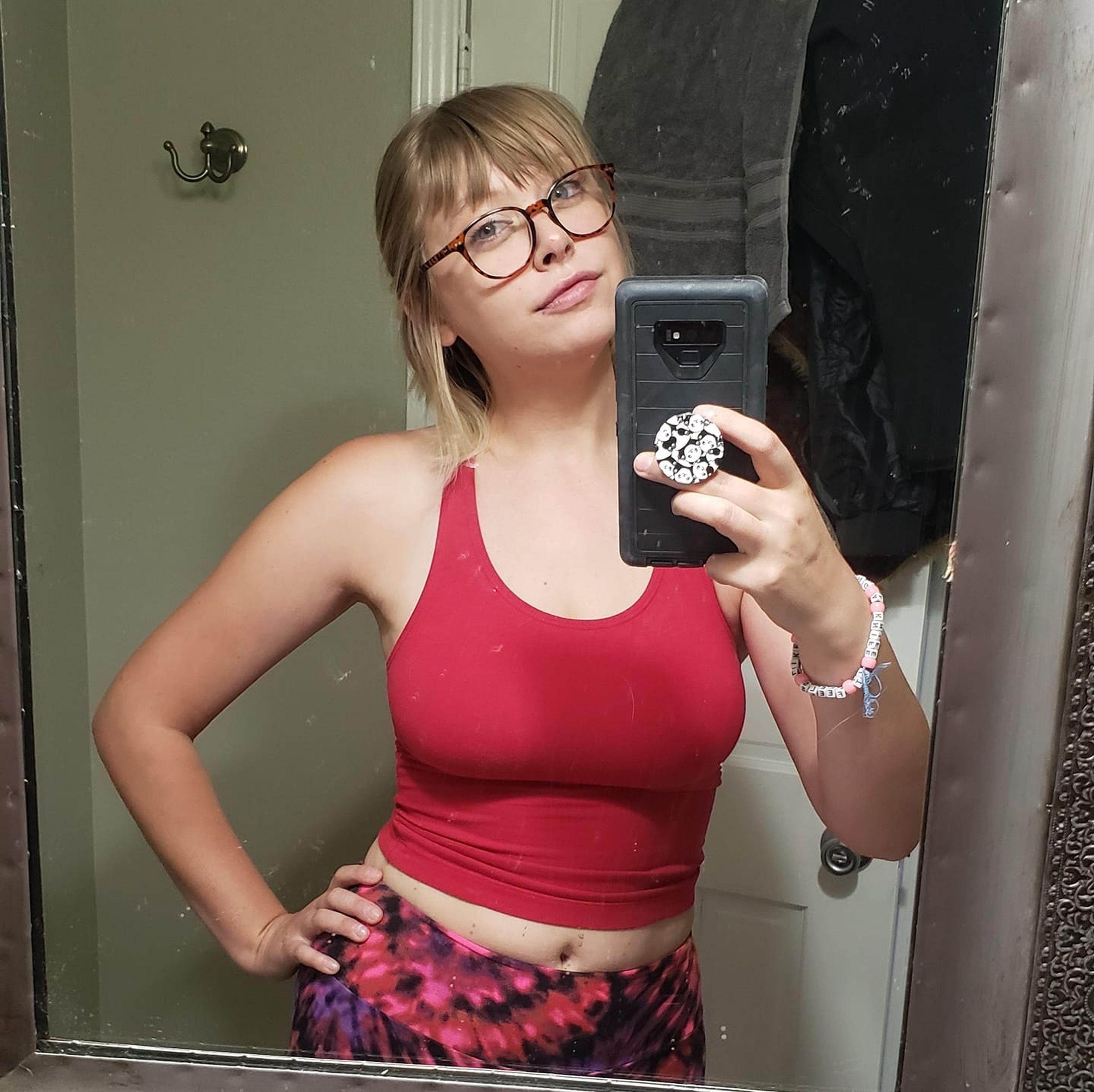 "I used to feel really sleazed out by it, now I've moved past it. She's got a weird kink for other people's vibrators."

Things came to a head between the housemates when Jordan left town to visit her ill step mum and the camera caught Sarah sneaking into her room.

Jordan and Sarah exchanged frosty messages, in which Sarah appears to admit to 'snooping' in the other woman's rooms but claimed they had been in her room too. But Jordan says she only went in Sarah's room to look for her own missing items.

Sarah declined to comment and said it was simply a 'minor dispute' that had been 'embellished'.

12 Questionable Trends From 2011 That Are, Unfortunately, Back

This £11 shampoo and conditioner is said to make Brazilian blow dries BETTER – and it has a 5,000 person waiting list – The Sun

You’re ‘common’ if you still have your Christmas tree after Epiphany- but the Queen can keep hers up, says expert