A FORMERLY loyal Asda customer has vowed to boycott the supermarket after she claims they accidentally overcharged her a 'measly' 15p extra for a salad.

Jennie Weatherhead says she had originally tried to order a mixed salad for 80p, but was instead given a 65p bistro salad and still charged the original price. 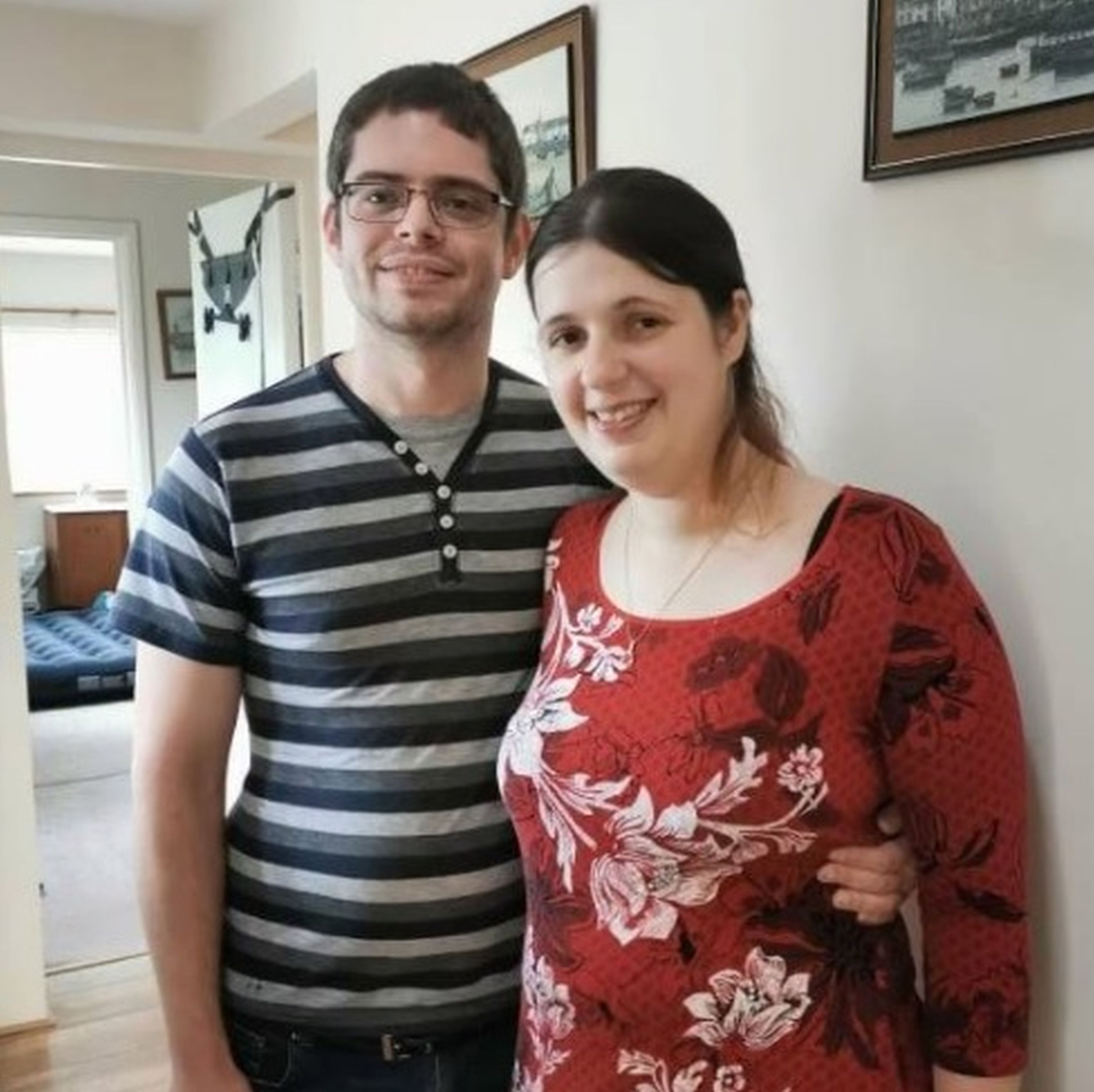 However things took an even worse turn when the 34-year-old was left feeling insulted after the supermarket chain asked to provide proof that her salad order was 65p in order to claim her refund.

Despite the supermarket pointing out that it is standard procedure to ask for proof of sale to issue refunds, Jennie viewed the request as being 'accused of lying'.

The furious customer proceeded to pursue them for the 15p with four phone calls, six emails, before finally resorting to 'naming and shaming' Asda on Twitter, accusing them of 'kicking up a fuss over virtually nothing'.

Asda explained they always politely ask for proof of purchase and have apologised to Jennie for the incorrect charge and claim they are 'pleased she has accepted their apology'. 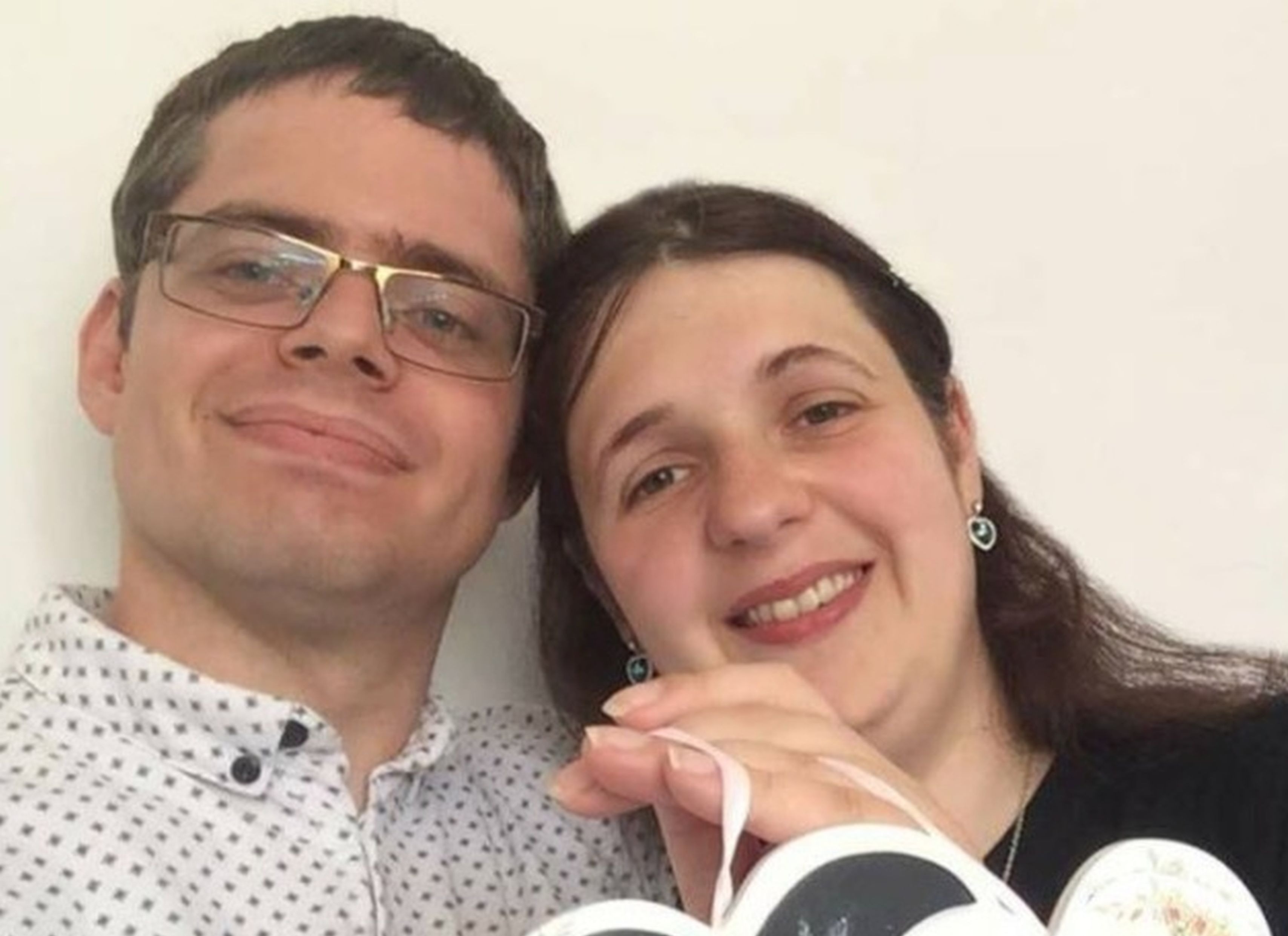 However Jennie has since vowed never to shop at Asda again and claims her family will not do either – stating she is now shopping with Tesco as a matter of 'principle', despite it costing her more in delivery charges.

Jennie, from Swindon, Wiltshire, said: "It wasn't nice to be accused of lying, I've worked in retail before and I learned you have to treat your customers politely and even if you're upset to be all smiley with them.

"To be accused of lying was extremely insulting, I shouldn't have had to send in evidence and what would have happened if that day, which was a week later, the prices had changed back to the original 80p? I'd have had no evidence to send them.

"15p isn't much and they should have just refunded me that 15p as a gesture of goodwill. It shouldn't have taken me four phone calls, six emails and then finally naming and shaming on Twitter.

"15p is nothing, especially as it's such a huge multi billion-pound corporation. It's the fact they accused me of lying – I don't care about a measly 15p.

"The guy on the phone on the night of order checked and he saw the price was as I'd said it was and agreed to refund there and then. 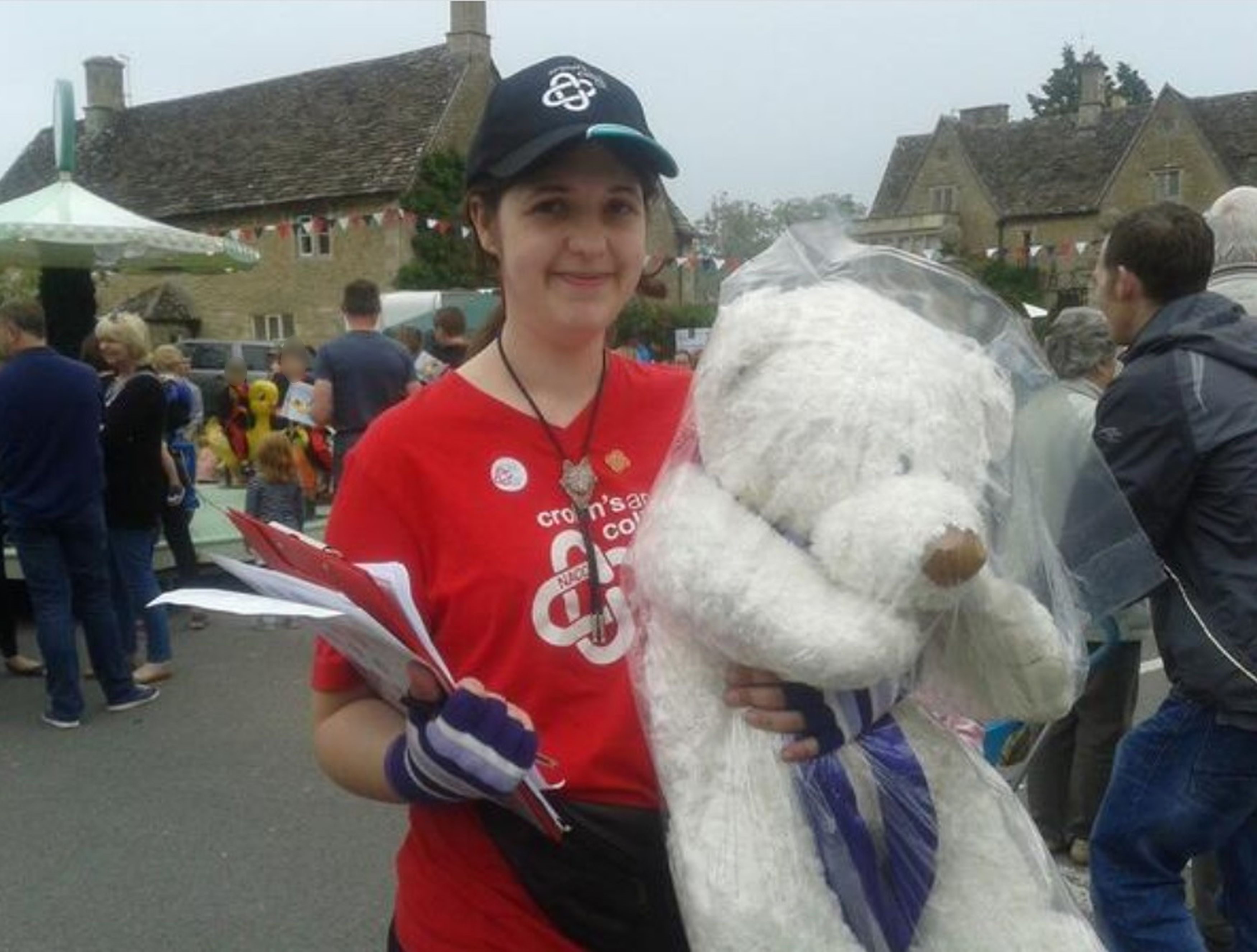 Jennie has been on the covid vulnerable list since March 2020 and had been loyal to Asda since then.

However it was being asked for proof of purchase in order to claw back her 15p that pushed her over the edge.

The Asda representative wrote in an email: "For us to better assist you, please provide a proof or a photo showing that this item was only for 65p as the salad is showing as 80p on our website and on the order receipt."

She called out the company on Twitter, where she branded it 'appalling customer service' before following up with a second tweet in which she labelled it a 'fail' and 'rip off Britain'. 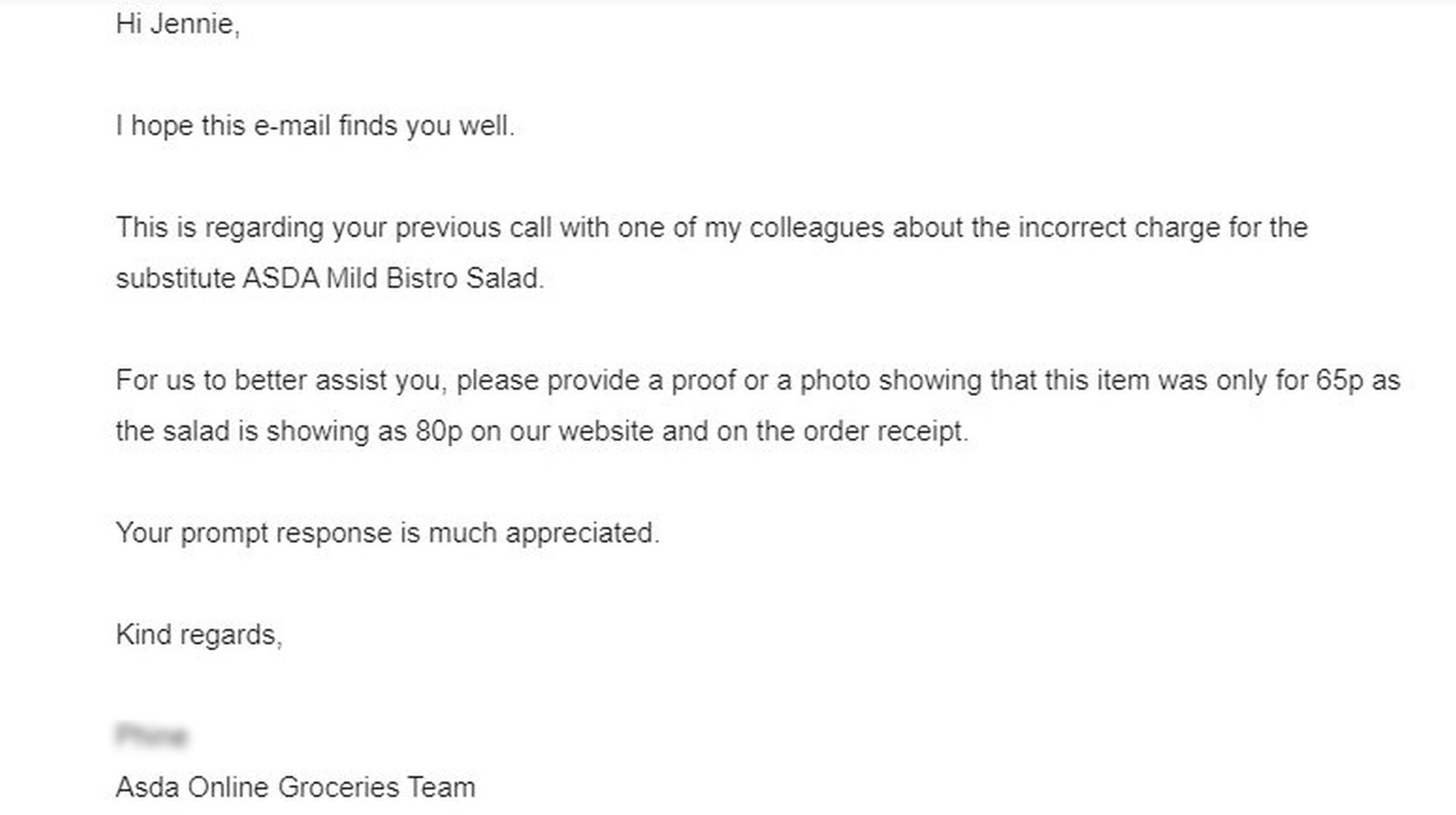 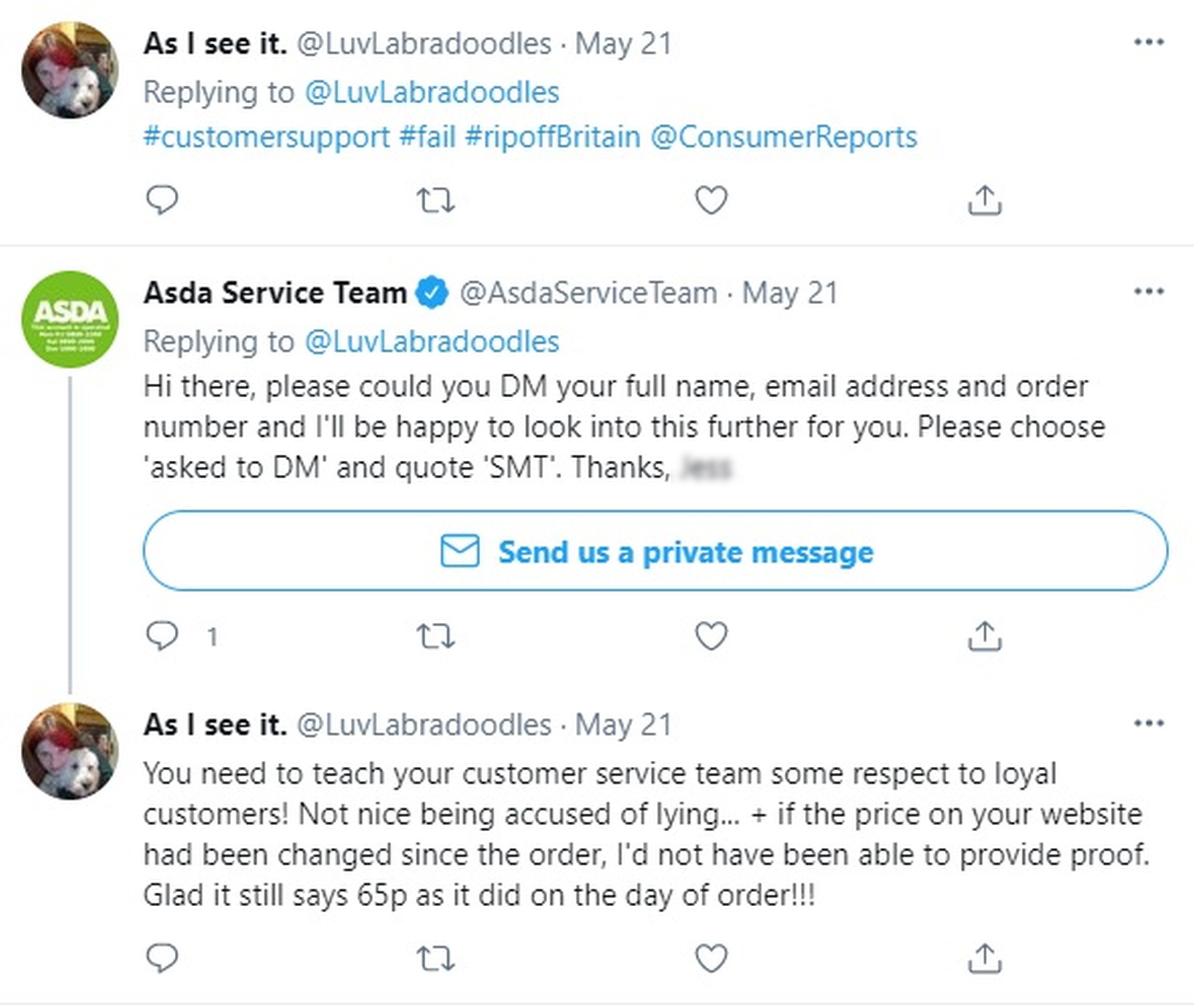 Jennie said: "They've had all the shopping from three households – mine, my brother's and my parents', so over £200 every fortnight.

"To be treated like this makes me want to not shop there again.

"What if it had been an item worth hundreds? Something more significant… you do not accuse customers, end of.

"Asking for proof once is all it should be, not asking numerous times and then still not believing the customer.

"They kicked up such a fuss for virtually nothing. I feel like I did too, but it's the principle that they accused me that made me go further and name and shame.

"I know these big corporations hate their name going public. 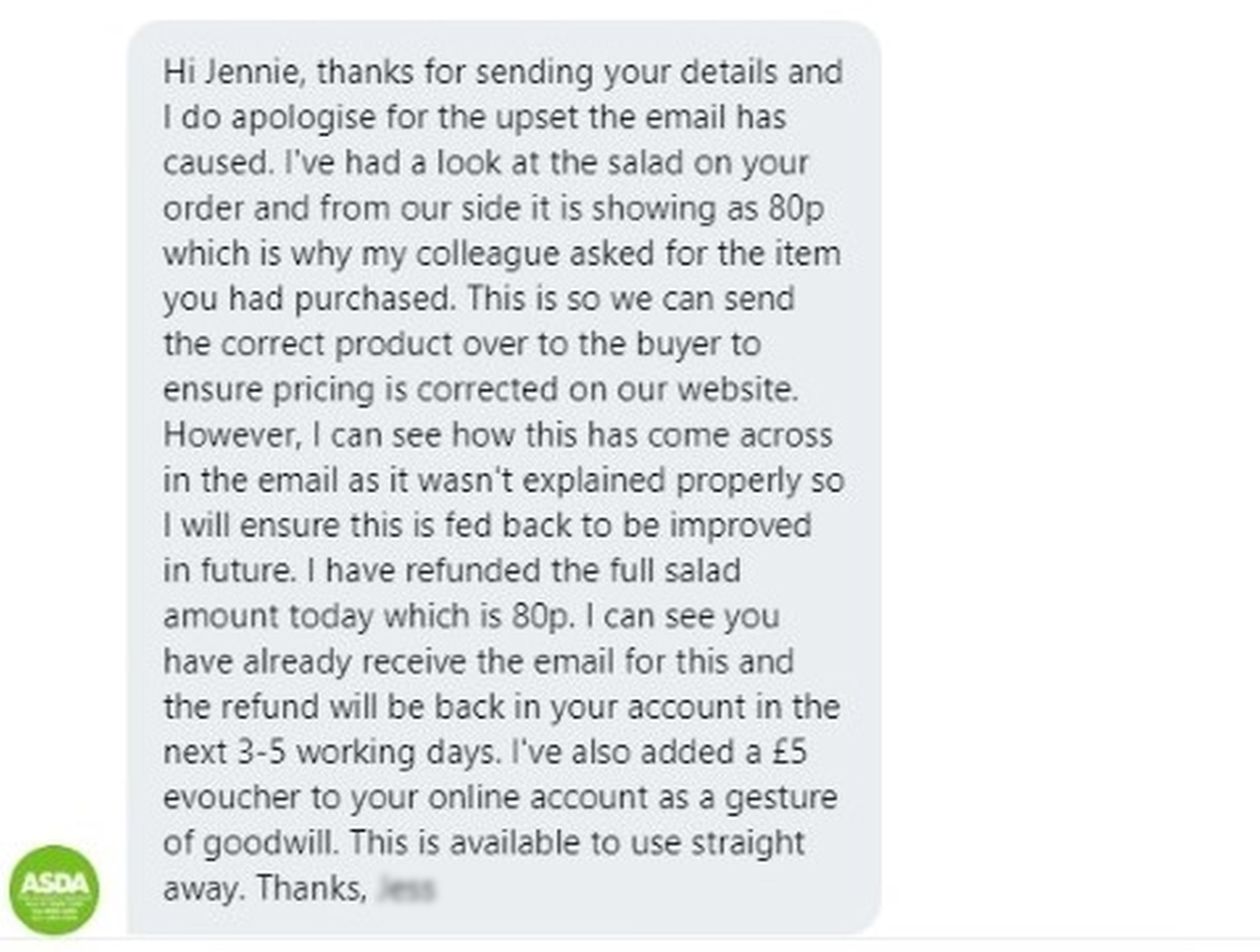 "Even the £5 voucher of goodwill as their acceptance of error doesn't make up for the fact they accused me of lying with no apology. They obviously have a technical error and need to sort it before accusing people of such.

"We're now shopping with Tesco, despite the extra delivery charge. Asda has lost our custom."

An Asda spokesperson said: "To be able to correctly process a refund we will always politely ask for a proof of purchase, however we have apologised to Jennie for the technical error which caused the incorrect charge and we are pleased she has accepted our apology and full refund."

Previously, an Asda shopper was left fuming after ordering £50 worth of food but only one bag of oven CHIPS arrived.

And a pensioner, 81, was banned from Asda after complaining Covid rule breakers weren’t wearing masks.

Washing your underwear at 40C leaves them full of faecal bacteria, expert warns – The Sun

Zendaya Steps Out In Very Sheer Tunic To Promote ‘Spider-Man: Far From Home’ In NYC — Pics