LOCKDOWNS and tough tier restrictions have taken a toll on relationships this year, while many single people have found dating far harder than usual.

But some couples have found real love, getting closer much more quickly than they might have done otherwise. 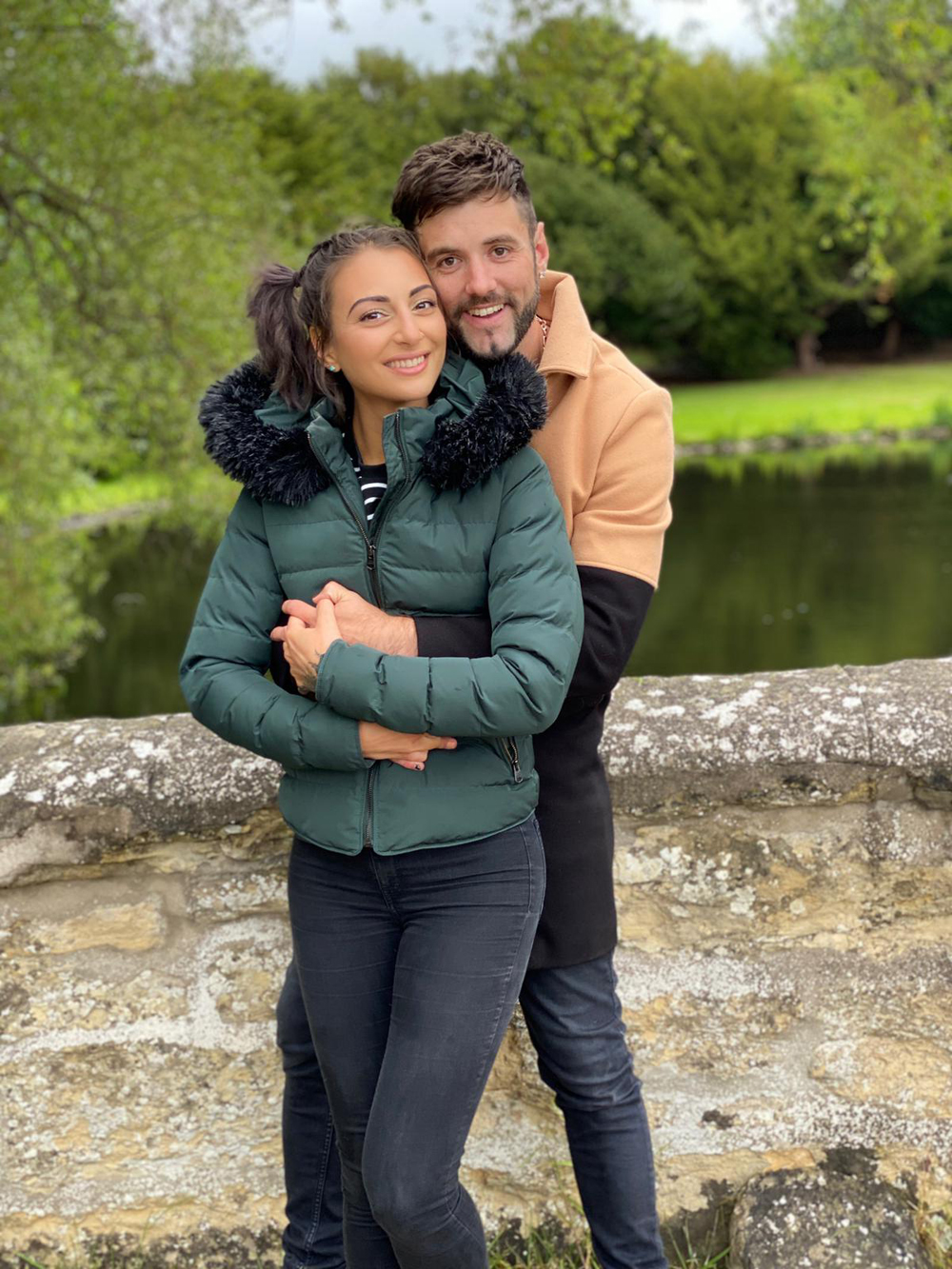 From a whirlwind wedding to a romantic proposal and a baby on the way, four couples tell Claire Dunwell, Yasmin Harisha and Nikki Watkins how their pandemic romances panned out beautifully.

Crystal and Ryan – moved in the first time they met 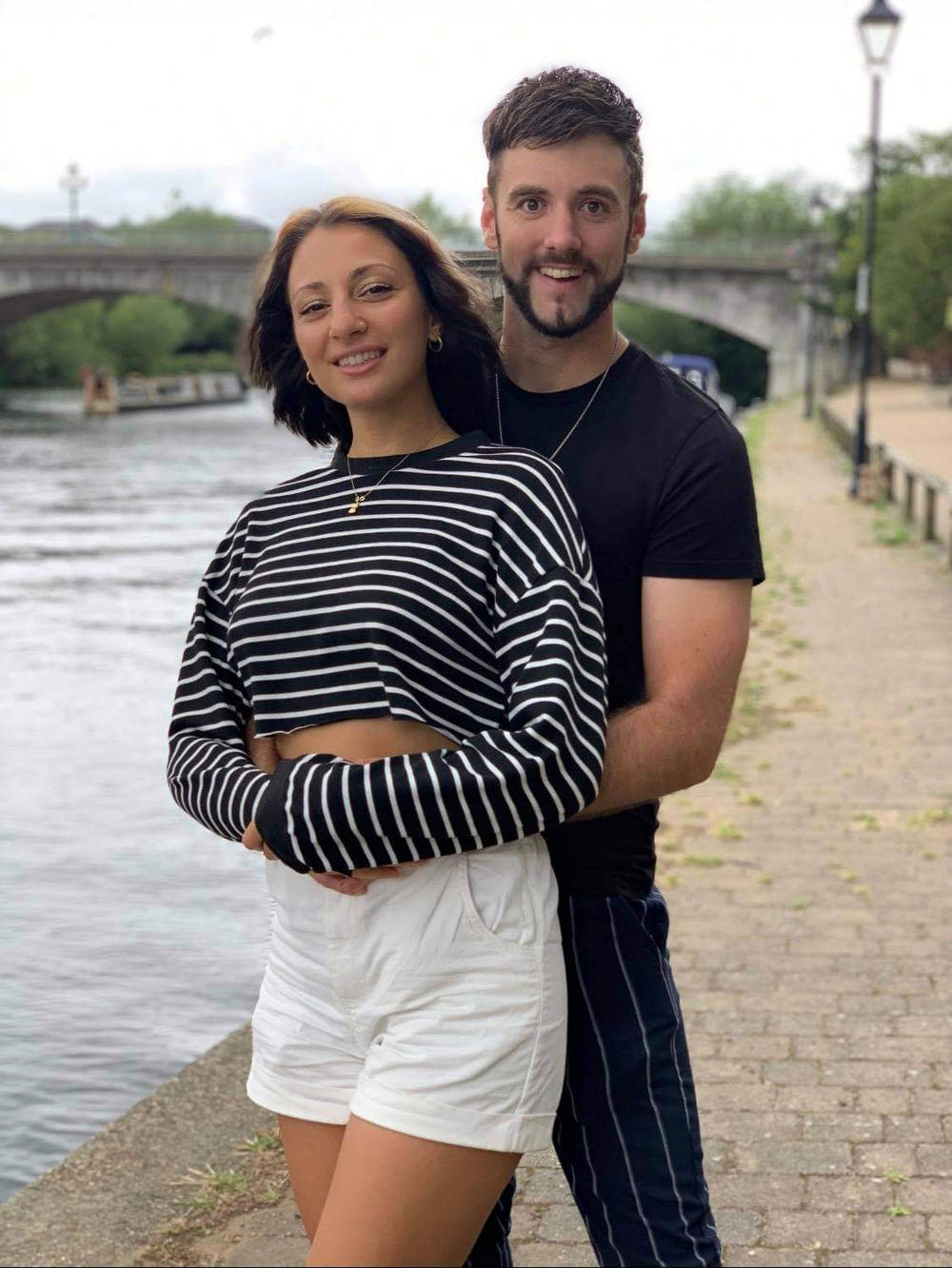 CRYSTAL Barquinha, 27, moved in with Ryan Swain, 30, on the first day they met in April after hitting it off on a virtual dating show. The pair were chatting for about a month before Crystal quit her job as a plant technician and then travelled 200 miles from Norfolk to be with Ryan, who works as a radio DJ, from Malton, North Yorks.

Crystal says: "When the pandemic hit, I was single and expected a few quiet months on the relationship front, until a friend of mine began working on a YouTube show called Dating Indoors, which is similar to Take Me Out on telly. I decided to break the lockdown boredom and give it a go.

"When Ryan popped up on my screen, I instantly liked him. He was good-looking and came across well. We swapped numbers and began chatting daily. He lived 200 miles away, which meant we couldn’t rush into a real-life date.

"Getting to know each other over the phone felt old fashioned and romantic. We talked for hours about all sorts and there was no awkwardness between us. By May, I was convinced I’d found The One and knew we would end up together. 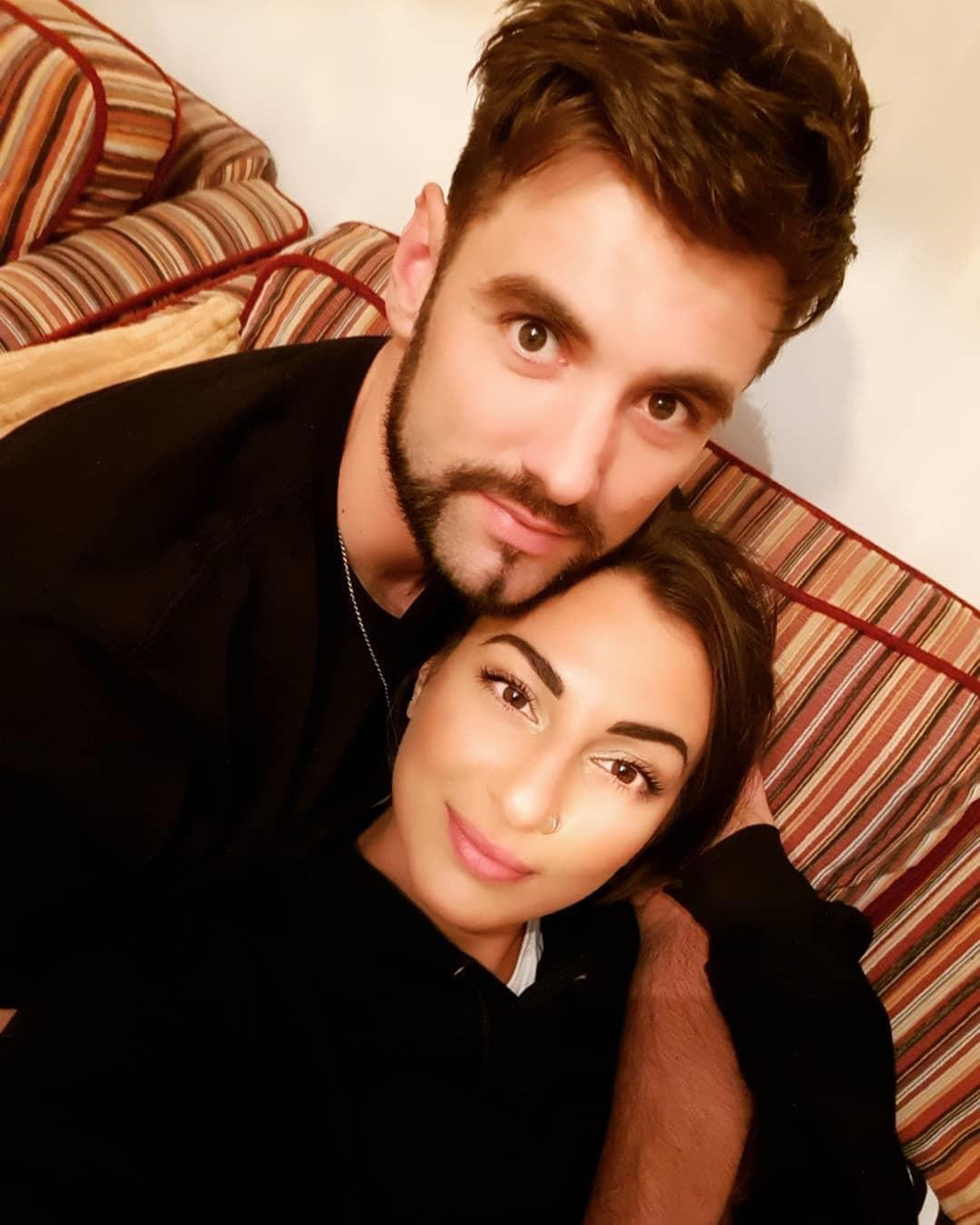 "I took the plunge and asked how he felt about me moving in with him straight away. Thankfully, he agreed. Two weeks later, he drove 200 miles to Norfolk to help me move.

"That was the first time we had seen each other in real life. It felt really comfortable, like we had known each other for years. Being in the house together 24/7 through lockdown was tough and, like any couple, we had our moments.

"But we are still going strong and we couldn’t be happier. Some might say our relationship has moved on too quickly. But when you know you have found The One, you just know."

Ryan says: “I fell in love with Crystal within a week. She’s everything I’ve ever wanted – my pot of gold at the end of the rainbow.”

Eva and Kyle – having a baby 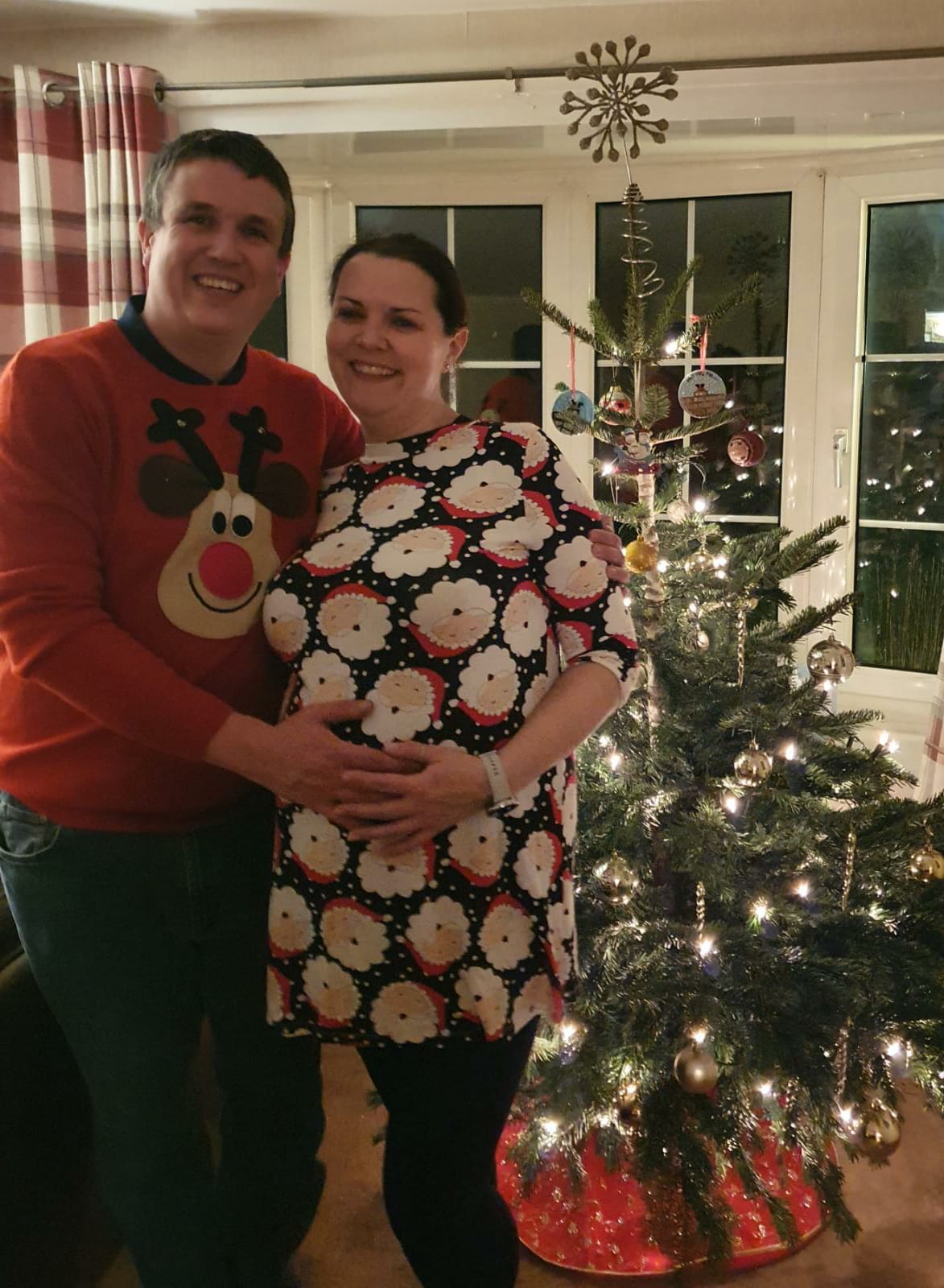 EVA Smith, 38, has a baby due in February with lockdown love Kyle McNichol, 37, with whom she struck up a romance via dating app Tinder.

They first got chatting two years ago but remained friends and began a relationship in March.

Eva is a behavioural therapist and lives with Kyle, an engineer, plus her 14-year-old daughter from a previous relationship, in Leeds. She says: "I first got chatting to Kyle in 2017 and although we had a couple of fabulous dates, it didn’t lead anywhere.

"I was recently divorced and while I thought I was ready to begin dating, it felt too soon to start something new. So we stayed friends. Kyle was kind, made me laugh and we had a lot in common. We sent texts on birthdays and at Christmas and kept saying we’d meet up, though we never did. When lockdown came, we began chatting over the phone. 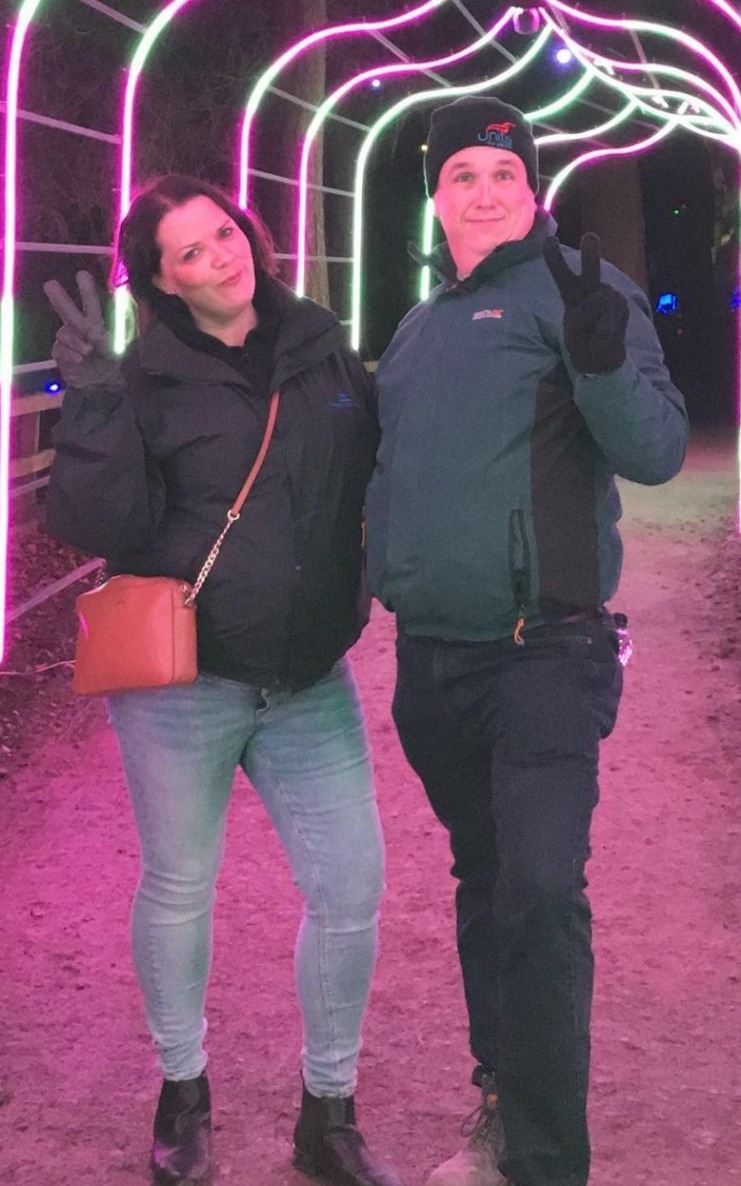 "We talked for hours and my feelings grew. We met up for walks but because of lockdown rules, weren’t allowed to hold hands, never mind kiss or spend the night together.

"When the Government announced single parents could form bubbles with others in June, we were delighted. Kyle met my daughter and we spent time together, the three of us. When in July I found out I was pregnant, it was a huge surprise. I never thought I would have more children.

"This is Kyle’s first baby and he is over the moon. My daughter is thrilled too, to be having a sibling. We bought a new home together in November and I can’t believe this difficult year has turned out to be my best."

Kyle says : “I actually fell in love with Eva two years ago and I can’t believe we are finally together. Life couldn’t be better.”

Lorna and Leo – got engaged 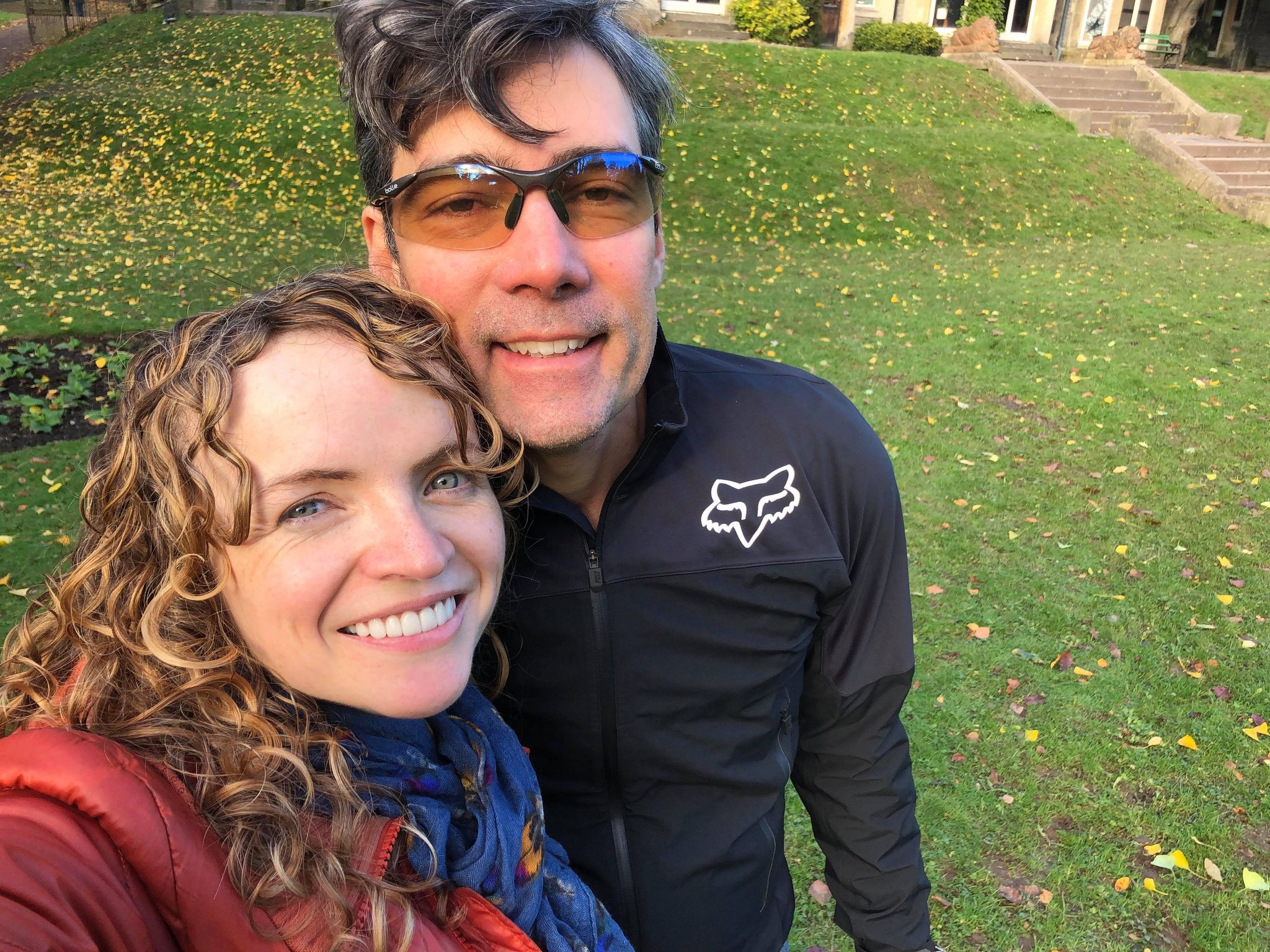 COMEDIAN Lorna Prichard, 33, got engaged to engineer Leo Serodio, 40, a day after they met. The Cardiff pair hooked up on dating app Hinge and moved in together five days after Leo proposed. Lorna says:

"I joined Hinge at the start of lockdown and by May, I was ready to give up. Then I matched with this Brazilian guy called Leo.

"He messaged me first, saying my eyes were mesmerising. I found him refreshingly honest.After three weeks of virtual dating, we met – and I felt sure he was The One.

"A day later we were having a picnic in the country when he casually asked if I would marry him, and I said yes. It just felt instinctive. 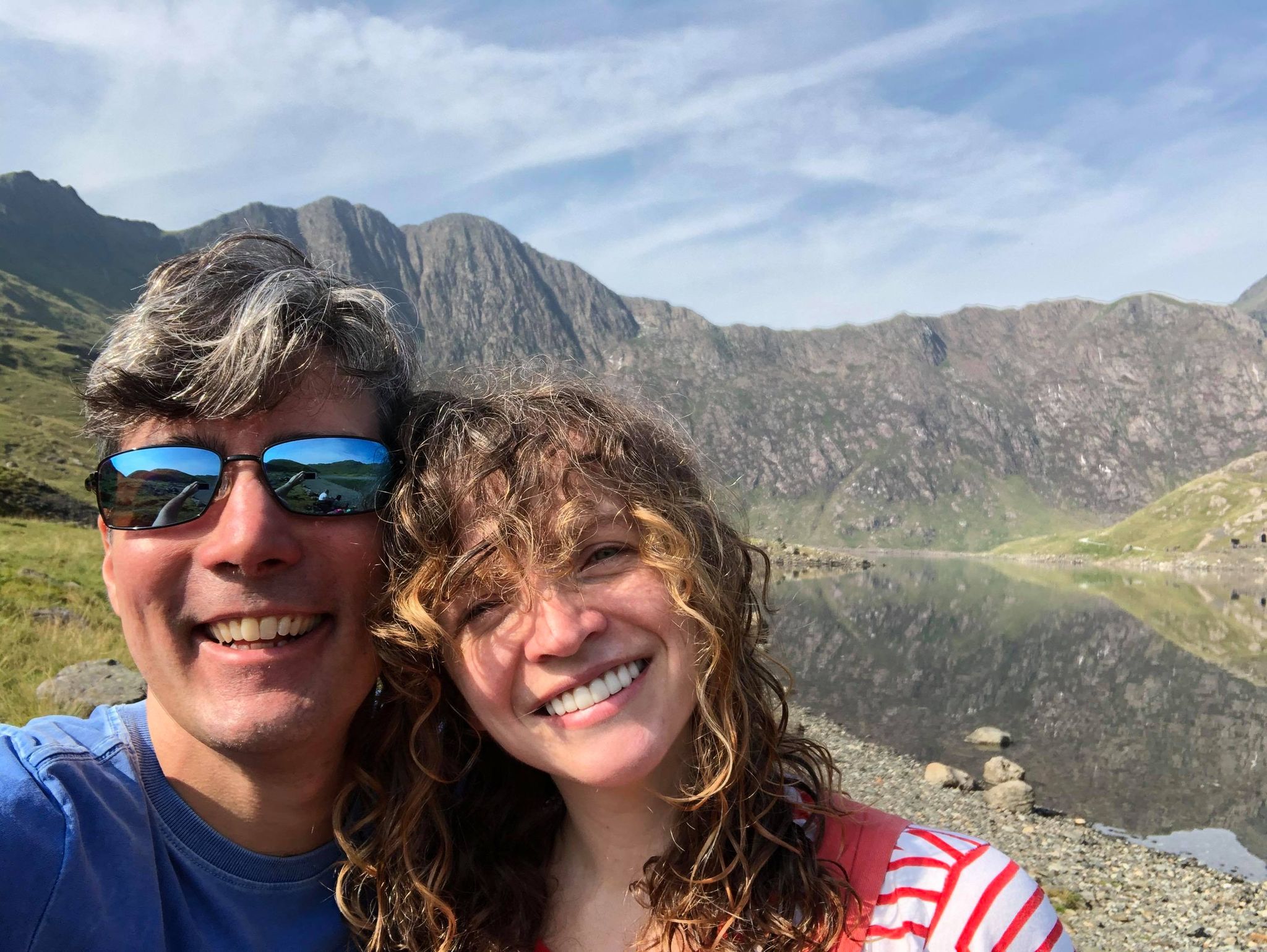 "The next day he gave me a ring. It was a perfect fit, like it was meant to be. We broke the news to my family and friends over FaceTime. They were shocked but happy for us.

"Five days later, Leo moved in with me. Six months on, we can’t wait to get married. That will hopefully be in September this year.

"If it wasn’t for the pandemic, I would not have had the time to get a relationship off the ground. I can’t wait to be Leo’s wife."

Leo says: “When I proposed to Lorna, I was nervous – but I knew it was meant to be. Bring on the wedding.”

Aisha and Sultan – got married 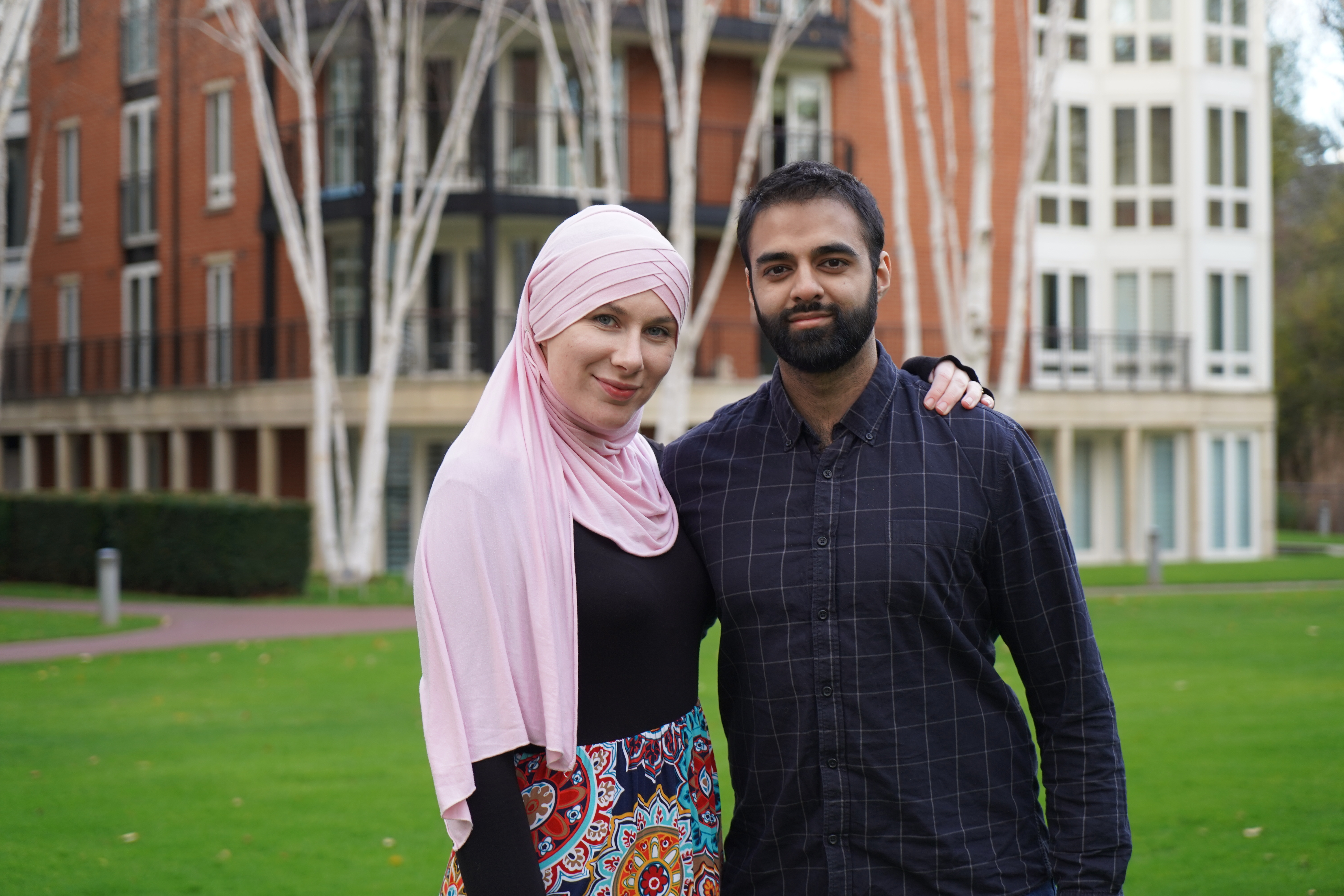 Aisha, who runs a YouTube channel, lives with Sultan, a mechanical engineer, in Doncaster. She says: "I was single for a year before I met Sultan and was ready to settle down.

"We instantly clicked and after chatting for a week on the app, we had our first date at a restaurant in London two days before the start of lockdown. He lived in Leeds and drove four hours to see me. I liked him instantly. He was handsome and made me laugh.

"When lockdown came we were devastated because we knew it would make seeing one another really difficult. Luckily we found a solution and began meeting each other at motorway service stations every week. When the lockdown rules meant we weren’t allowed to meet, we talked on video calls instead. 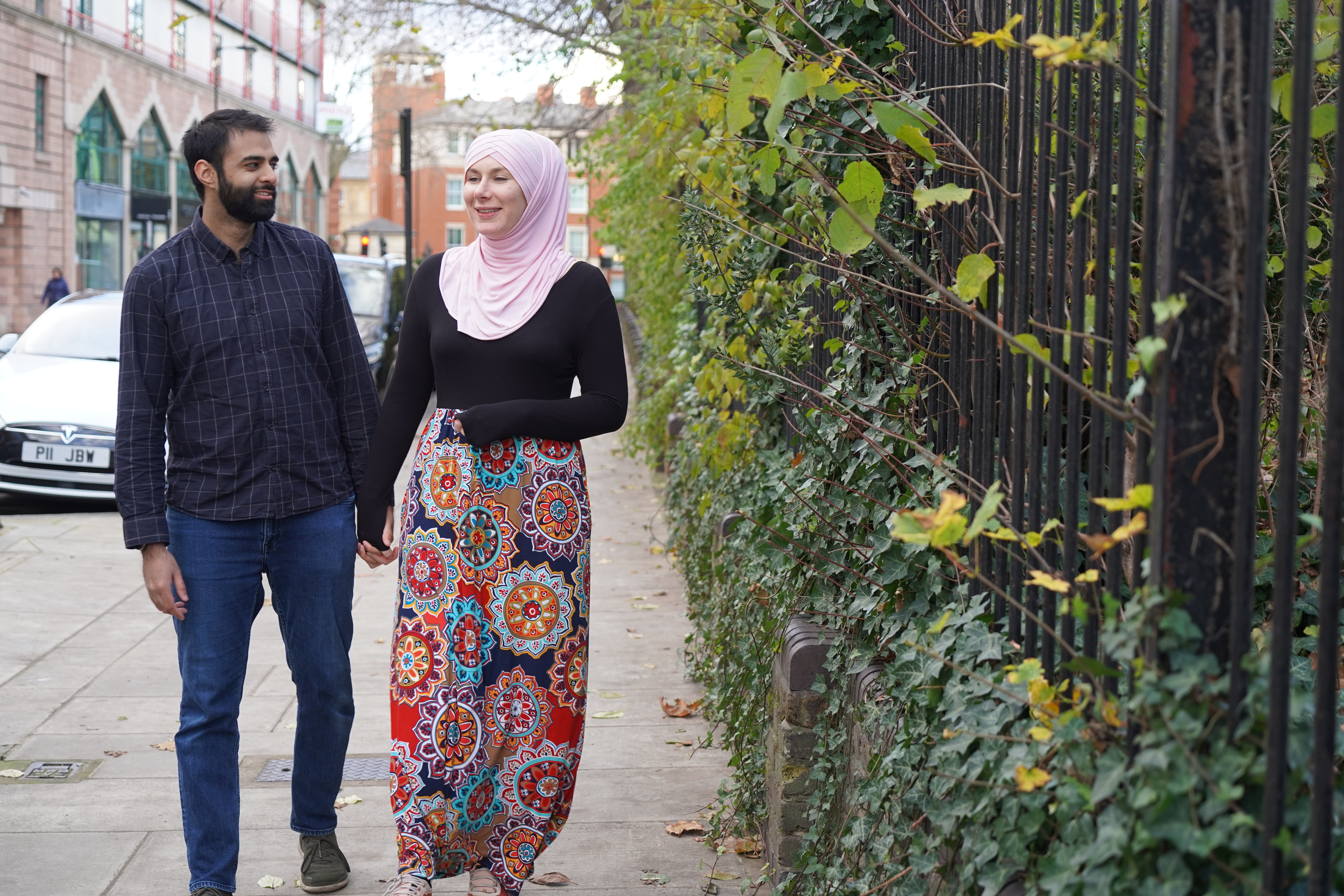 "I knew early on that Sultan was the right man for me. When he proposed over a picnic by the river Thames in June I said yes.

"The timing was right for both of us, as we felt ready to settle down and get married.

"Covid did speed things up because we wanted to be together all the time.

"We got married in July and because it was just the two of us, it was even more special. Neither of us wanted a lavish wedding.

"Although most of our friends and family were happy for us, some thought we were rushing into it.

"Now that they see how happy we are, they understand our decision to get married so soon."

Sultan adds: “Being married to Aisha feels right and although the uncertainty of lockdown forced us to make quick decisions, we were sure of our feelings for each other.”