Home » Fashion » Duchess Kate’s $1,928 Outfit Is Opposite of Her St Andrews’ Student Style 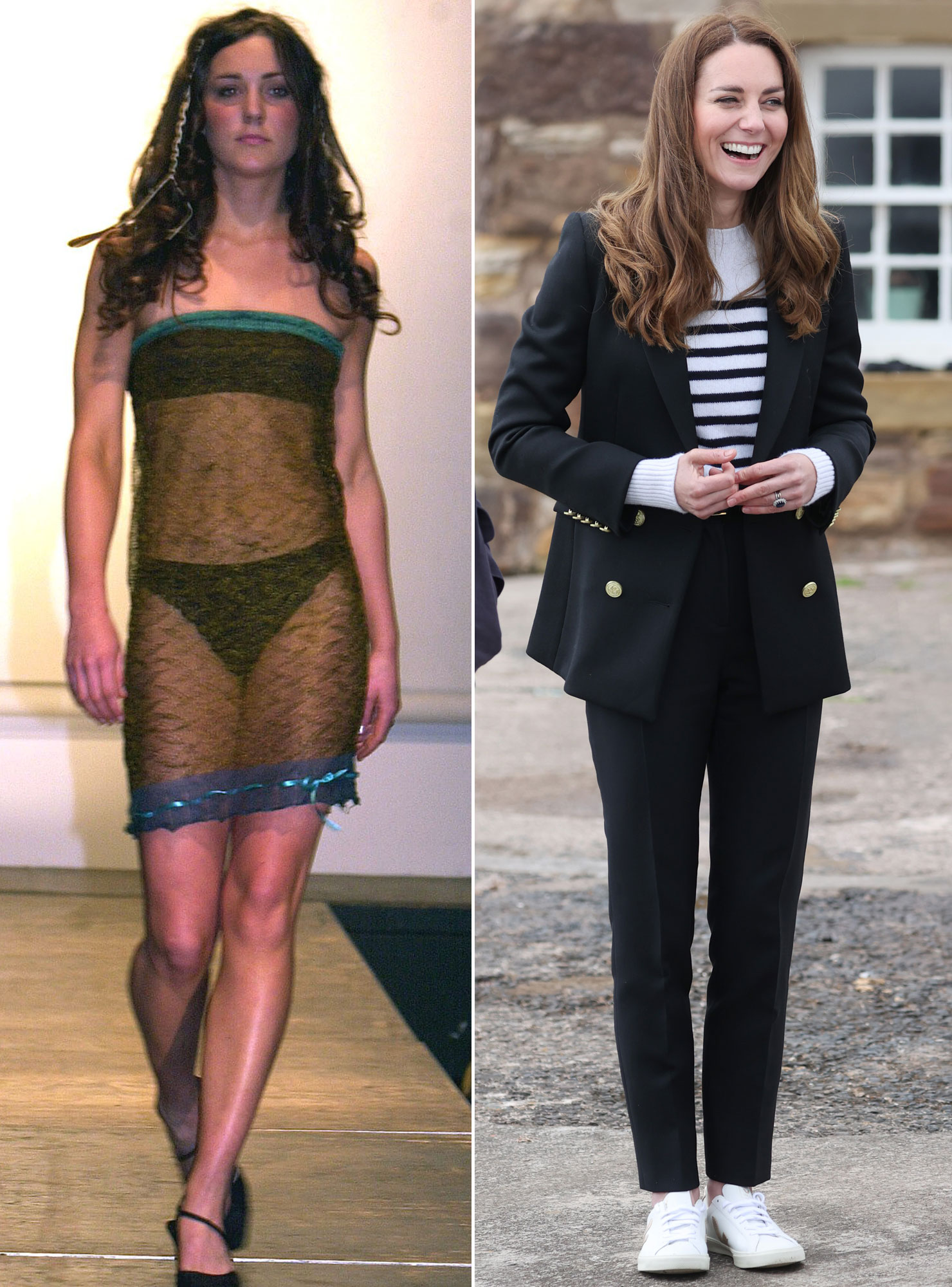 The Duchess of Cambridge, who is on a week-long tour of Scotland with Prince William, went for a casual yet very preppy look for her visit to her alma mater.

From her trés chic Holland and Cooper double breasted blazer, $775, and Erdem Lotus Stripe Jumper, $895, to her Veja + NET SUSTAIN Esplar Sneaker, $120, and freya Mini Hoops, $138, the royal struck the perfect balance between comfort and couture. 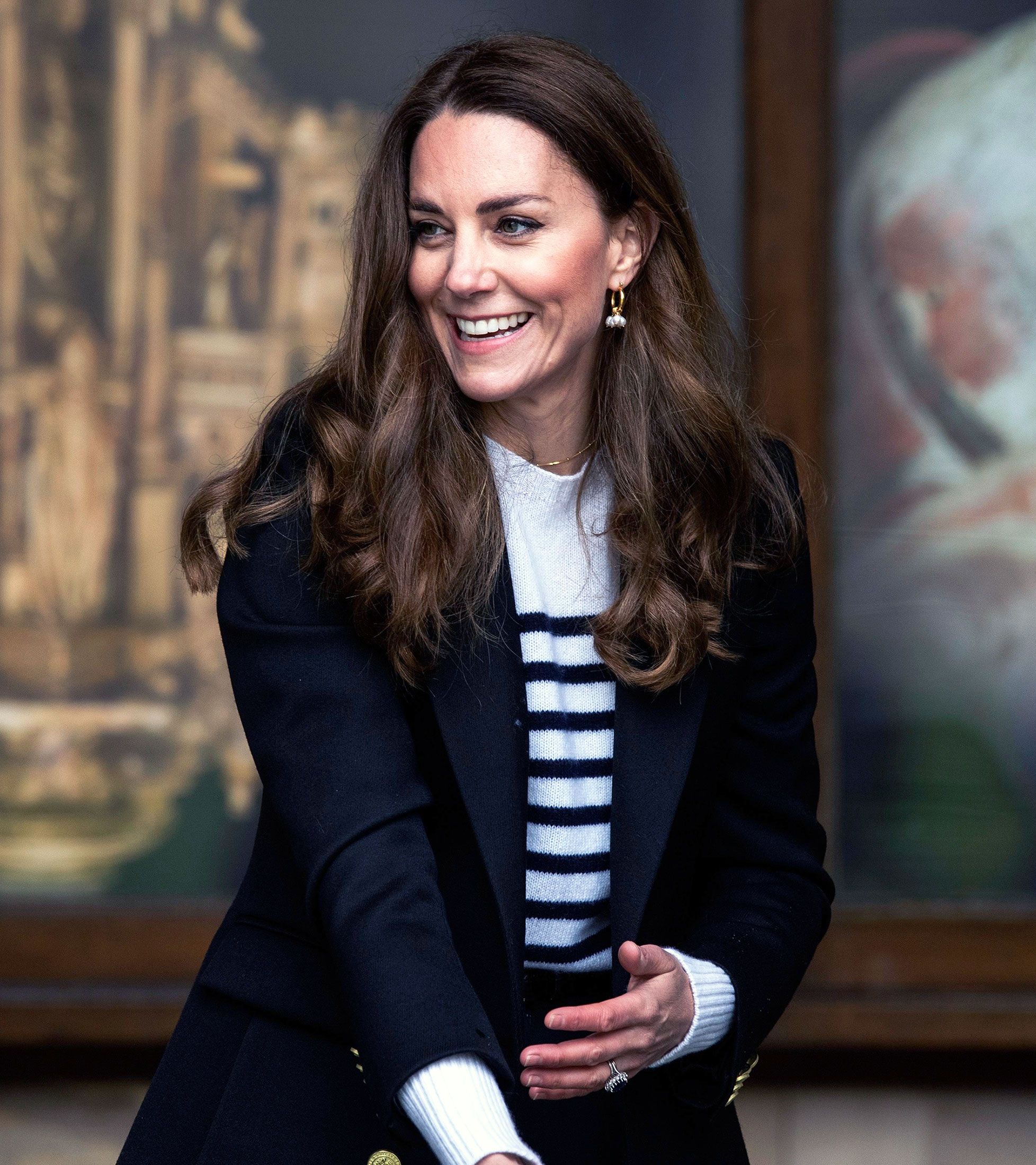 But it’s worth noting that the designer ensemble is quite the contrast to her style as a student. Namely, the always iconic $40 sheer dress the duchess wore at St. Andrews University back in 2002.

For a fashion show held at St. Andrews Bay Hotel, the then 19-year-old college student slipped on a completely see-through tube top slip dress. The dress, which cut a few inches above Kate’s knees, featured blue trimming on the top and a bit of ribbon woven through the bottom.

In tune with the times, she styled her hair in crimped waves and added a feather accent.

Us Weekly exclusively revealed in September 2020 that the hard-to-forget dress wasn’t actually intended to be worn as such.

“It was meant to be a skirt actually,” fashion expert and auctioneer Kerry Taylor told Us Weekly at the time for an episode of Royally Us. “And she kind of yanked it up and wore it as a dress. You know, she had a great figure, so yeah, she definitely caught Prince William’s eye that night and the rest is history.”

Given that Duchess Kate “caught” Prince William’s eye at St. Andrews, the school will always hold a significance to the royal couple.

“It was here in Scotland — 20 years ago this year — that I first met Catherine,” Prince William said during an appearance at The Church of Scotland on Saturday May 22. “Needless to say, the town where you meet your future wife holds a very special place in your heart.”

While Scotland is where Prince William found love, it’s also where he learned his mother, Princess Diana, had died.

“I was in Balmoral when I was told that my mother had died,” he said. “Still in shock, I found sanctuary in the service at Crathie Kirk that very morning and in the dark days of grief that followed I found comfort and solace in the Scottish outdoors.”