WHEN Rebecca Green was told her crippling stomach pains could be ovarian cancer, she broke down, fearing she was going to die.

Sobbing to her husband Adam when she got home, the mum-of-two spent hours writing goodbye letters to her daughter Ella, 21, and son Addison, 10. 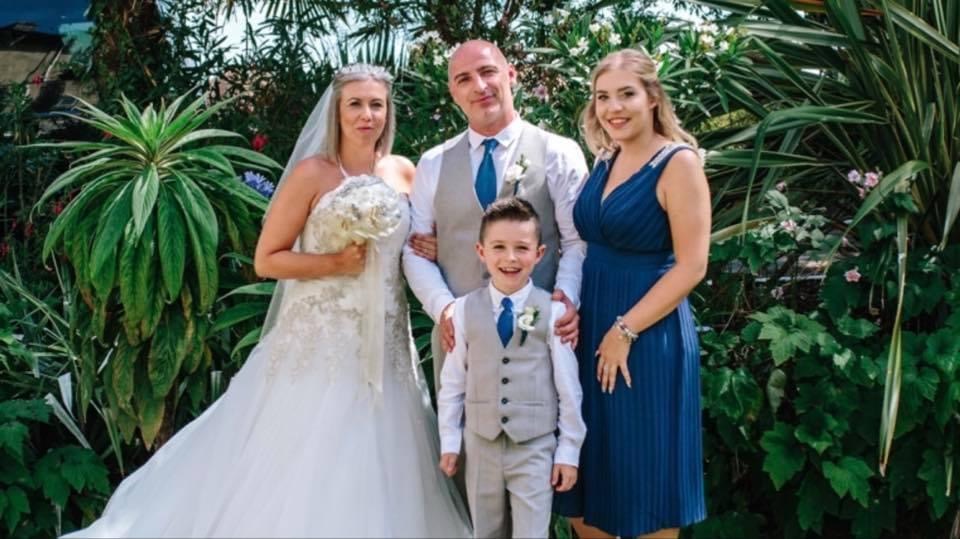 Rebecca, 42, who had been in agony off and on for 23 years, was told by GPs she had irritable bowel syndrome.

But doctors were now advising her to have her ovaries and fallopian tubes removed.

The part-time HR officer underwent surgery in November 2018, aged 39, on what she calls the “worst day of my life”.

Her body was immediately plunged into surgical menopause, with debilitating hot flushes, night sweats, insomnia and crippling fatigue – for which she was completely unprepared.

Then, a month after surgery, Rebecca was delivered a devastating blow – tests showed her suspected cancer was actually endometriosis and fibroids.

Rebecca, from Leicester, said: “I lost my ovaries to suspected ovarian cancer but it turned out not to be cancer.

“My consultant had told me I had complex ovarian cysts and a high level of CA125, which is produced by some ovarian cancers.” 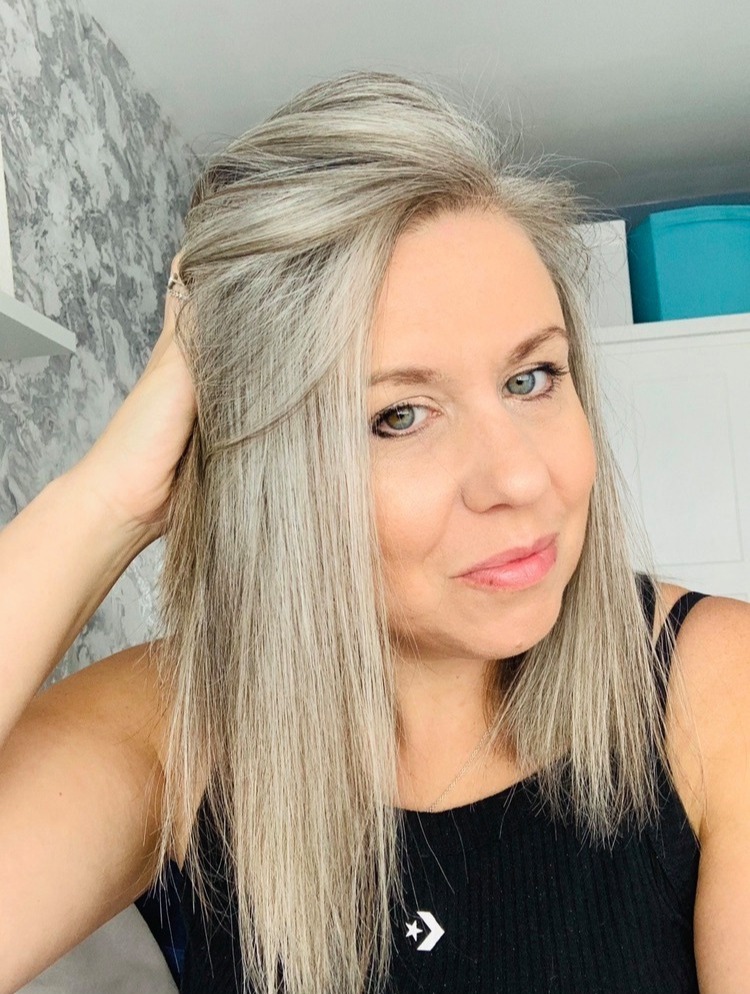 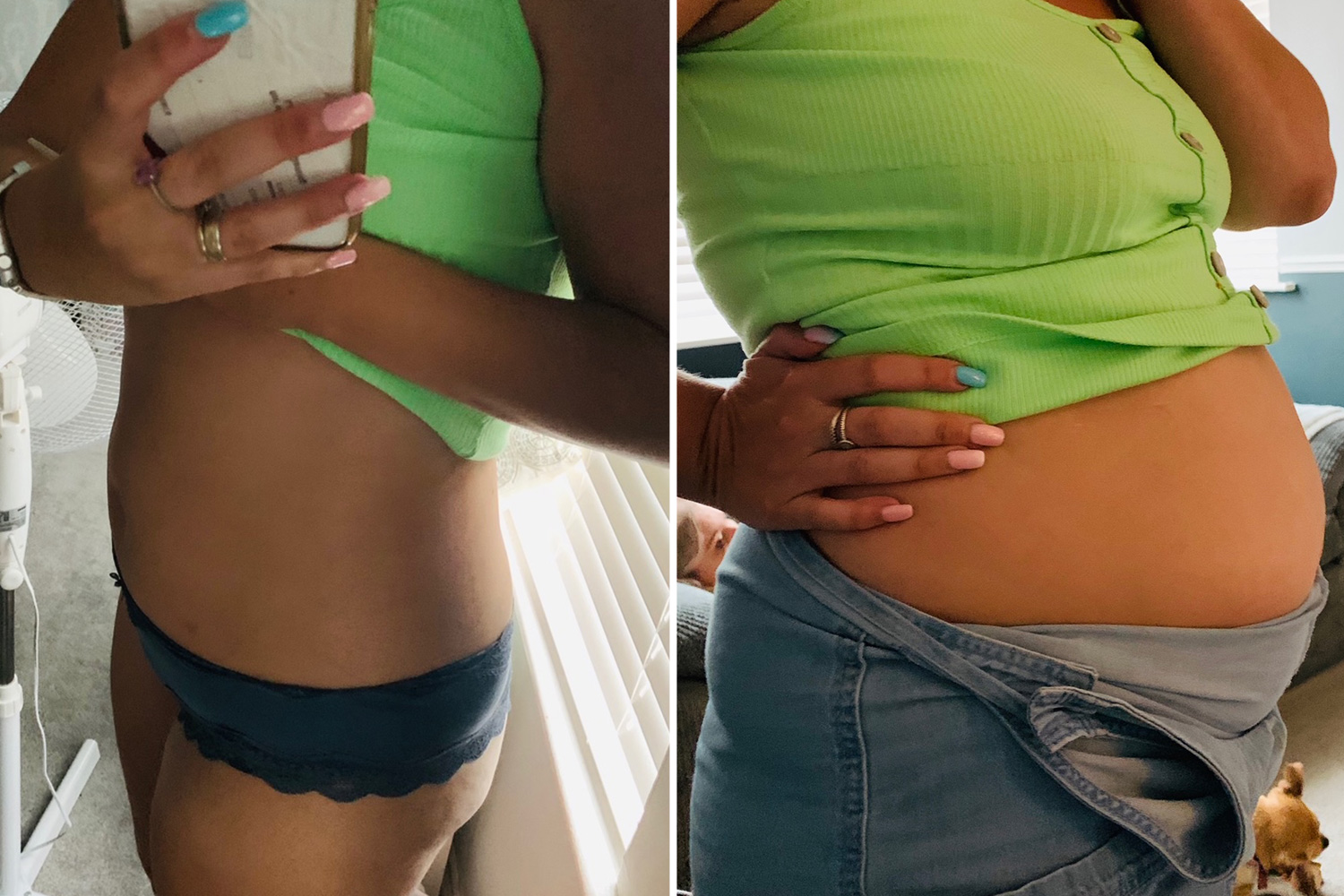 Rebecca said her consultant advised her that having her ovaries and tubes removed was the “safest option”.

She added: “I felt as though I had no choice but to have them removed.

“However, he spent less than five minutes discussing surgical menopause. So nothing prepared me for what I was going to face.

“The day I had my ovaries removed was the day my world changed forever. It’s been the most dramatic, tearful, terrifying and soul destroying time ever.

“Surgical menopause never ends; my bones ache deeply, I get hot like I could pass out and if my HRT patches run out, I can’t get out of bed due to the pain.

“And now I want to make sure others don’t suffer alone like I did.” 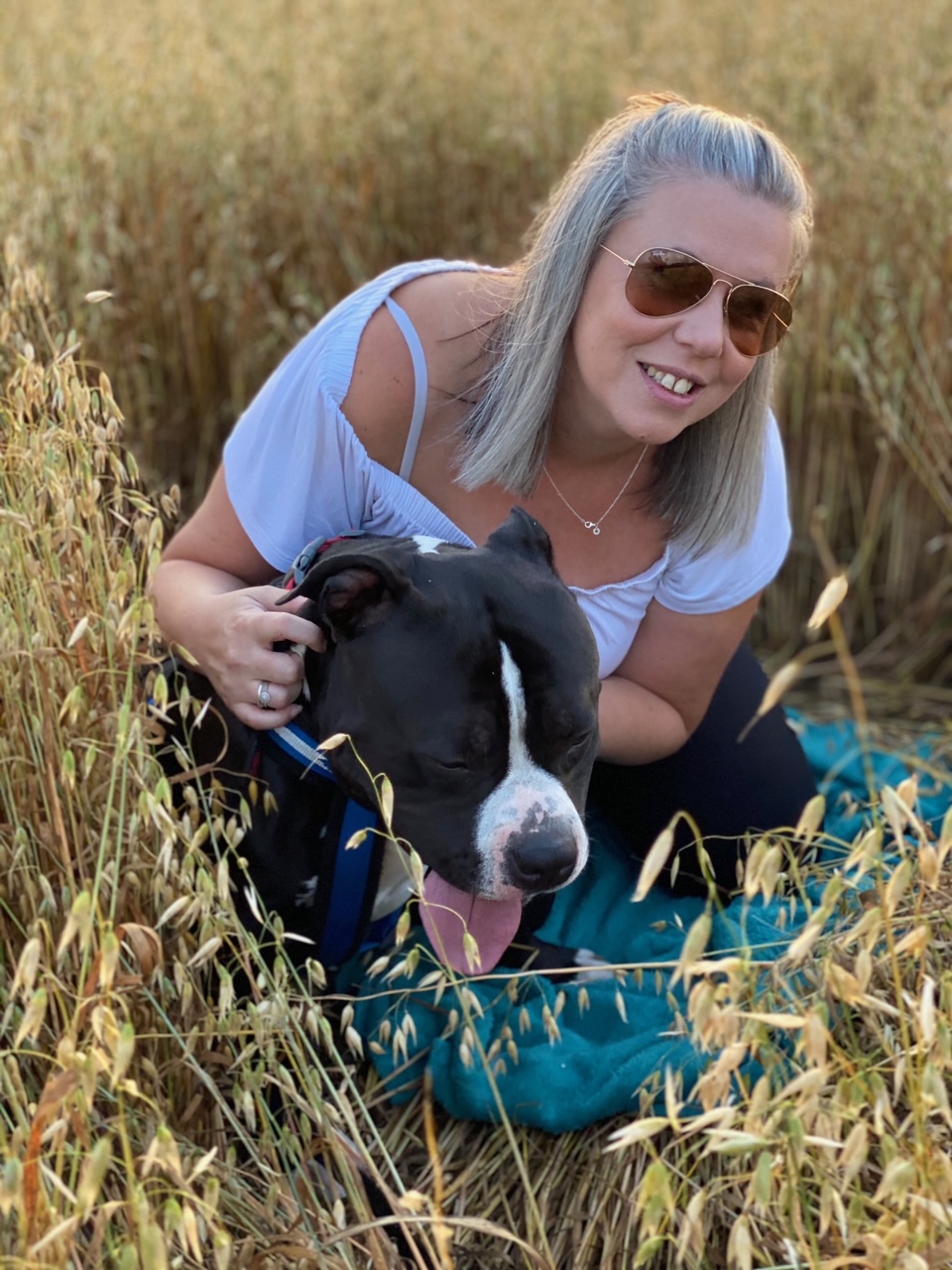 Every year 7,400 women are diagnosed with ovarian cancer in the UK.

But, according to Cancer Research UK, there is no test that reliably picks up ovarian cancer at an early stage.

The two tests currently offered by the NHS include for high levels of CA125, but this is deemed “unreliable” as this can be higher for reasons other than cancer.

There is also an internal scan, but “there is no clear evidence so far that these tests can pick up cancers early and save lives”.

Rebecca had suffered with painful stomach issues since she was 15, but GPs told her it was either IBS, cystitis or was being caused by anxiety.

She said: “I have been going back and forward to the doctors for decades.

“I stopped digging and believed what they told me as they kept saying there was nothing really wrong with me. No one mentioned fibroids or endometriosis, yet I was riddled with it.” 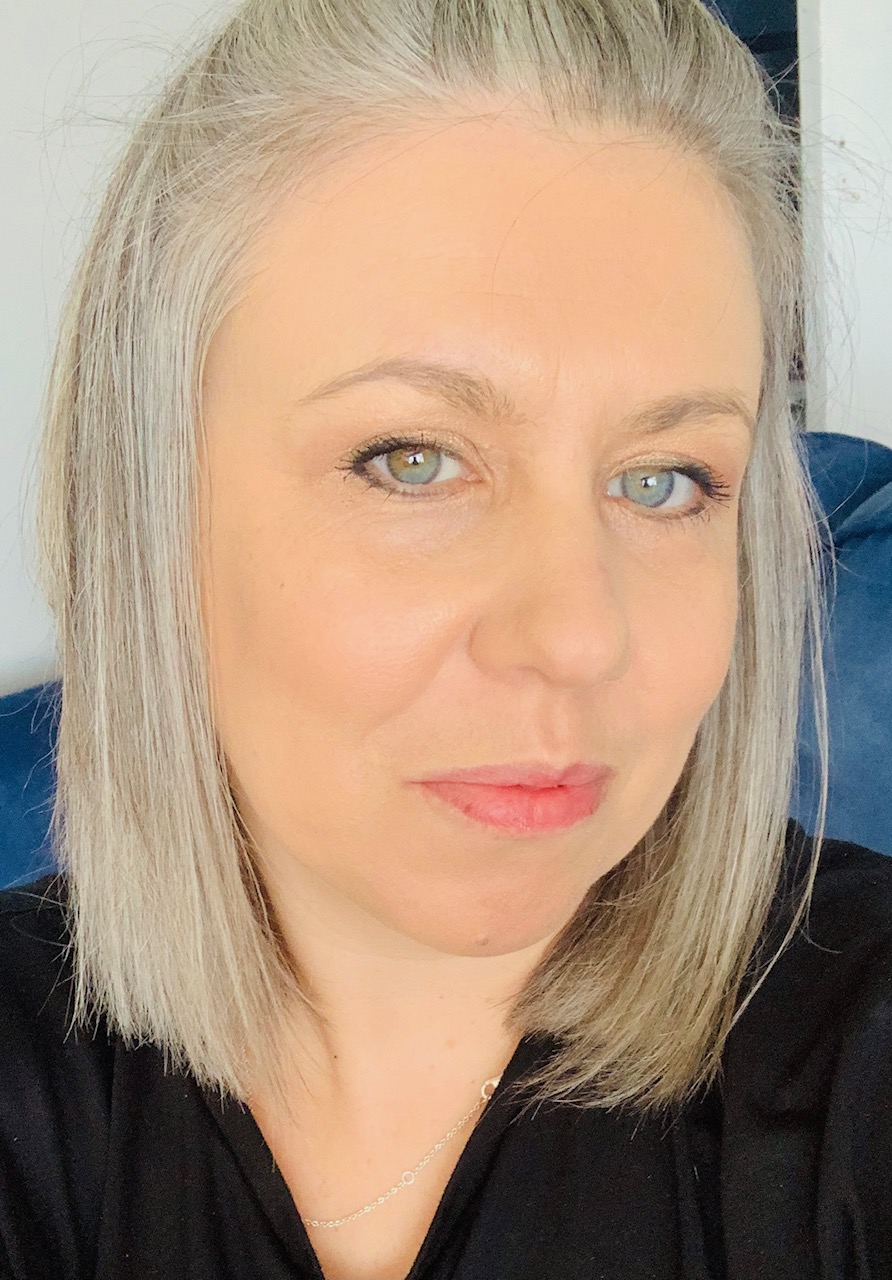 Rebecca admits she relied on strong painkillers to ease the pain.
At the age of 21 she fell pregnant and then met her husband Adam when she was 30 in 2008.

She said: “We moved in together and on the first night, I remember lying on the floor in the house in agony.

“It got the point that Adam was reluctant to book holidays or special nights out in case I was too ill. He was getting fed up as everyone was saying it was in my head.

“But as soon as the pain started, I sometimes couldn’t leave the house it was so bad.”

After Rebecca fell pregnant with her second child in 2010, she found herself doubled over in pain, and rushed to hospital at eight weeks.

Doctors wrongly told her it was an ectopic pregnancy – but in fact an ovarian cyst had burst.

“I’ve never felt anything like it. I was left for 24 hours believing I’d lost my baby as that’s what they told me. I had to call Adam to tell him. It was horrendous”, Rebecca said.

A scan then revealed all the disbursement from the cyst floating around – it had burst.

Rebecca explained: “I was obviously over the moon that the baby was fine, but looking back, I think the fact I had a cyst should have been investigated more.”

After Addison was born, Rebecca went back to managing her pain with over-the-counter painkillers. Her little boy was unwell with suspected pneumonia that was later diagnosed as asthma, so all her energy went on looking after him. 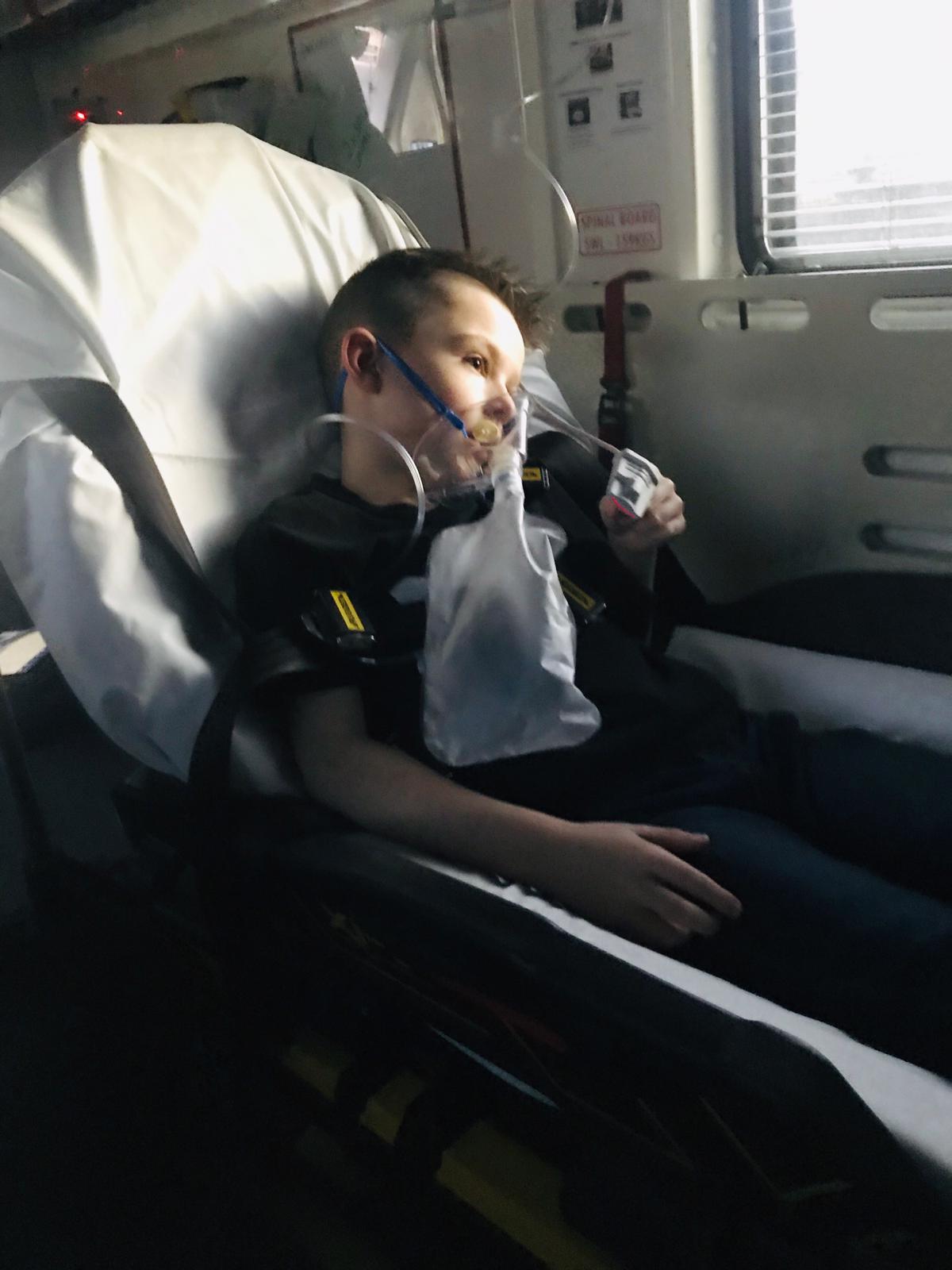 Rebecca said she had been to the doctors about her stomach pains, but felt as though she was “getting nowhere”.

“They kept telling me it was an infection, or I had pulled a muscle but deep down I knew there was something wrong”, she added.

Two months before Rebecca and Adam were due to get married in August 2018, she started to experience sharp stabbing pains in the side of her stomach.

The bride-to-be feared it was her appendix about to burst.

She said: “I was on the final countdown to my wedding and I was in agony.

“I had a huge pain in my side, heavy periods and my stomach was huge one minute and down the next. I was worried I wouldn’t fit into my wedding dress, or that I would bleed through it.

“But my GP told me there was nothing wrong, so I went ahead with the wedding. I was even in pain on my big day.” 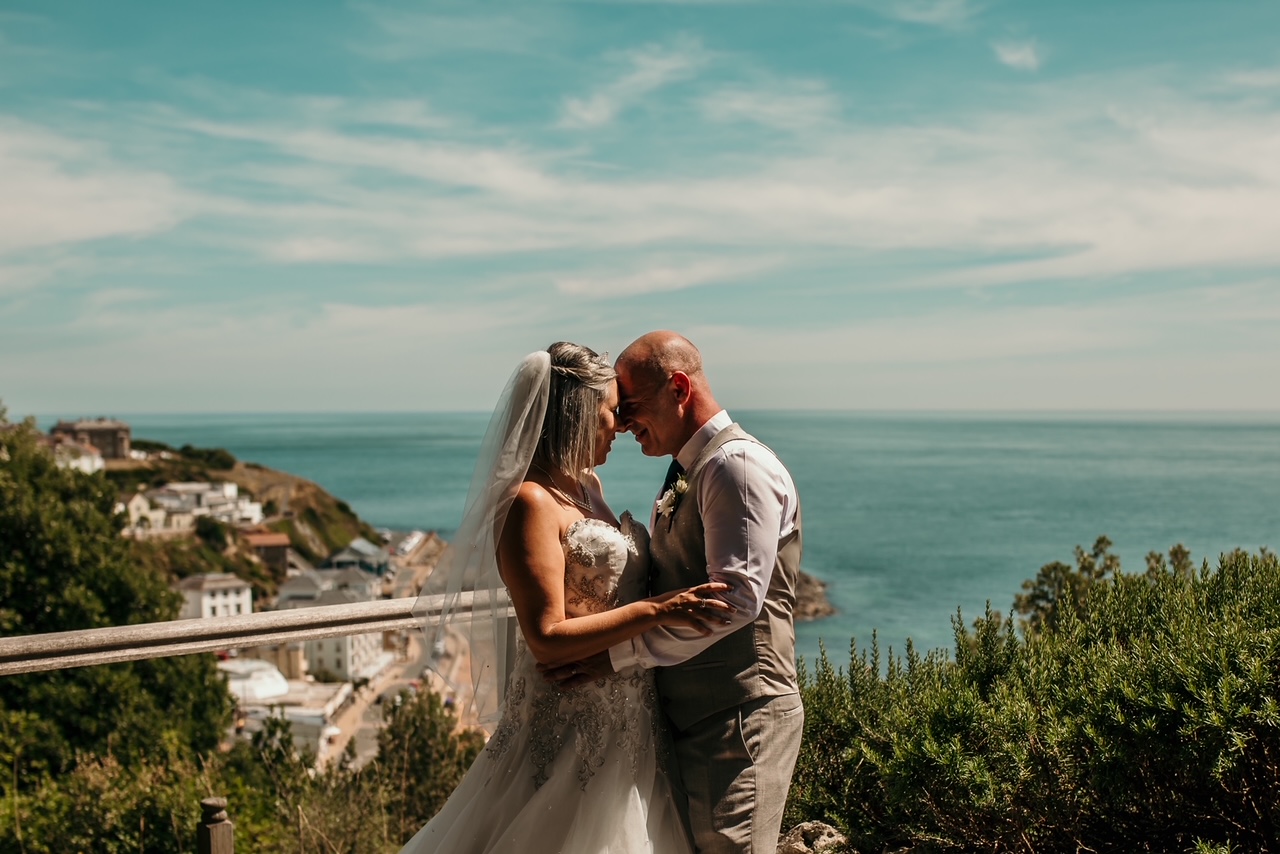 Three weeks later, in August, Rebecca made an appointment to see her GP – determined to get answers.

A newly qualified doctor told her the symptoms could suggest ovarian cancer.

She was sent for a CA125 test in September, and when the results came back the next day, Rebecca was shocked, and had to make the agonising decision to have her ovaries removed.

Four weeks later, she was booked in for surgery at Leicester General Hospital.

“I was crying my eyes out on the way down to surgery. I didn’t want to be put to sleep.

“I came round from the anesthesia and was sick and in pain.

“Then my body went into surgical menopause. I didn’t know anything about it. The HRT was making me really depressed, and I ended up turning to Facebook groups for help.

“My doctor told me she didn’t know enough about HRT or surgical menopause. I felt abandoned.

“I had to take my care and health into my own hands”, Rebecca said.
One month later, Rebecca’s surgeon called her to explain tests on her ovaries had revealed she had been suffering from endometriosis and fibroids – not cancer.

“The operation changed my life for the worse, but at least I’m still here. I could have developed cancer next year and maybe it wouldn’t have been caught in time – I can’t think about ‘what ifs’.”

Rebecca believes when it comes to aftercare and information about surgical menopause she has been let down by the health system “every step of the way”. 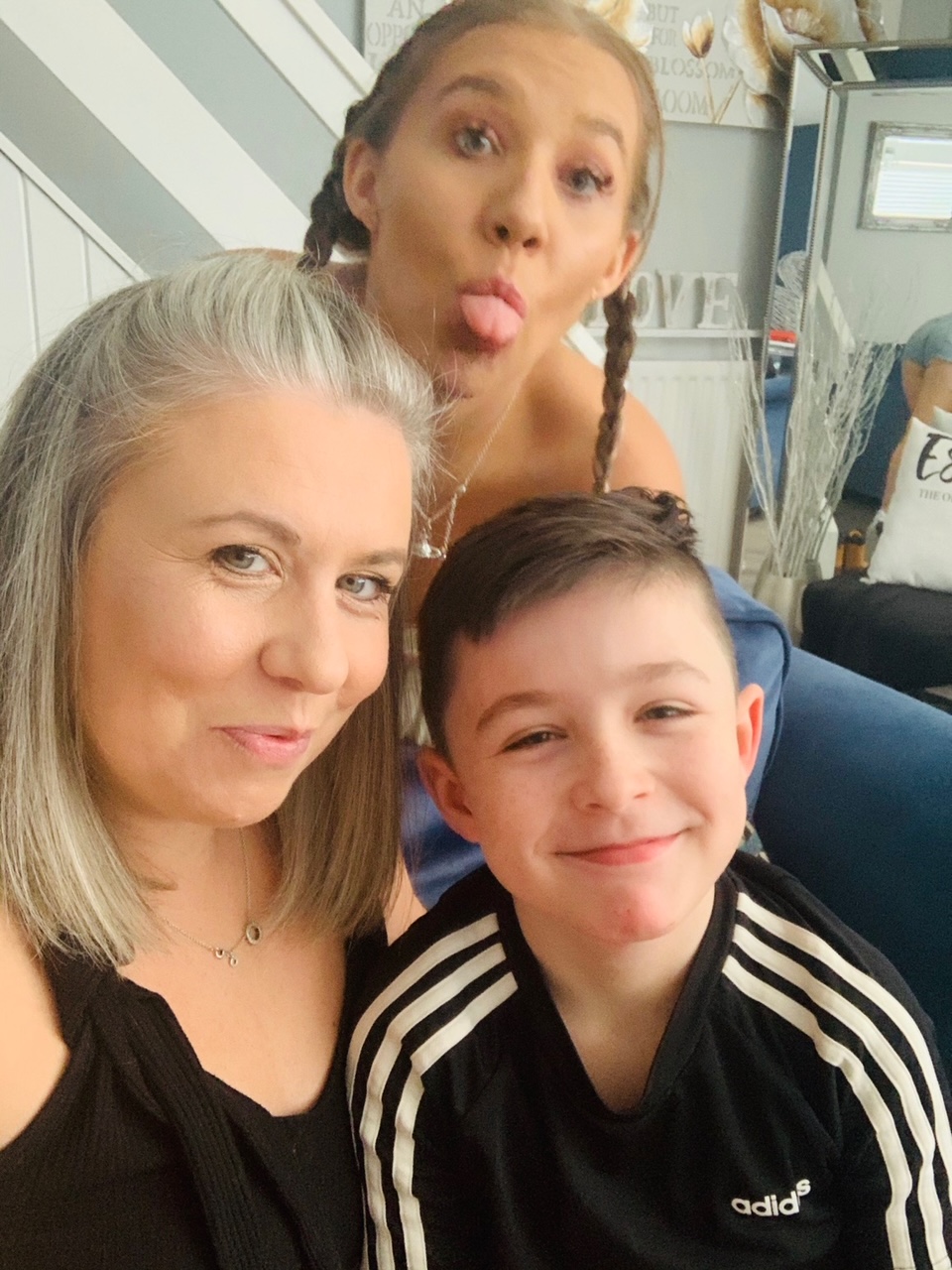 Fibroids are non-cancerous growths that develop in or around the womb.

They are very common, affecting around one in three women – most often between the ages of 30 and 50.

The growths are made up of muscle and fibrous tissue and vary in size.

Many women show no signs of fibroids and so are unaware they have the growths.

Those who do have symptoms could experience:
– heavy or painful periods
– tummy pain
– lower back pain
– a need to pee a lot
– constipation
– pain or discomfort during sex

In rare cases fibroids can affect pregnancy or fertility.

The exact cause of the growths is not known, however scientists know they are linked to the hormone oestrogen.

If a woman experiences no symptoms, treatment is often not needed.

But, for those who do show signs, drugs to relieve the symptoms is the first step.

From there, if they prove ineffective, surgery is an option.

She’s now raising awareness of what she’s been through so other women are more prepared.

And she has also been approached by Meg Mathews to spread the word about surgical menopause as part of the celebrity’s MegsMenopause campaign.

“Going through this at 39 has affected so much of my life physically and mentally and it’s taken years of work to accept it.

“The trauma of not feeling like a woman is huge and it can feel very lonely. I have always loved social media, and the information it can bring, in the form of women supporting women.

“It's made me feel a sense of self worth, cured my anxiety and it’s given me a voice and a platform for women experiencing early menopause. I’ve made some amazing friends too!” 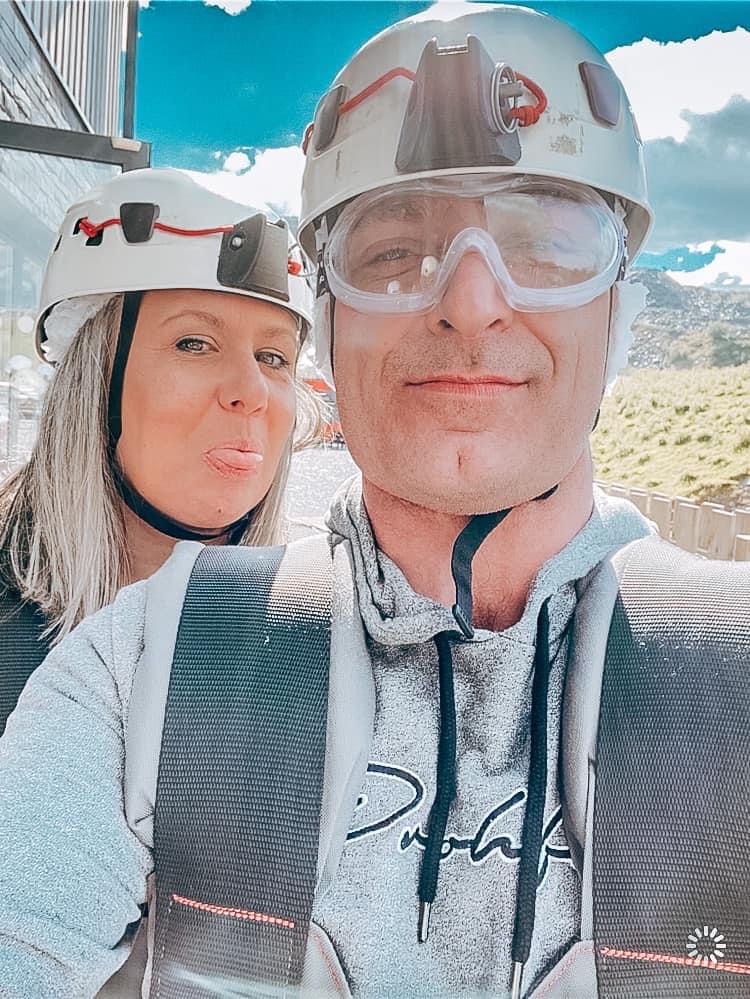 Rebecca says she wants to inspire other women going through surgical menopause to live their lives to the full.

“I try to be brave and embrace who I am. And I share all about my life online; I talk about the struggles I’ve faced with my health.

“I want other women who are going through surgical menopause to know there is support out there, and that they’re not alone.

“There are other women going through it too – and we’re here to help you; every step of the way.”