Nearly every social media platform has turned its top users into stars: YouTubers, Viners, Dubsmashers, TikTokers, even LinkedIn influencers. Now, Clubhouse, an audio-only app that built its name with tech investors before expanding into entertainment, is trying to cultivate its own local celebrities.

The app is testing an invite-only “Creator Pilot Program” with more than 40 Clubhouse influencers who represent a new class of online fame. So far, they’ve been promised regular meetings with one of Clubhouse’s founders and early access to special tools designed for power users.

Clubhouse, which took off in May and has 600,000 registered users, lets people join pop-up audio chat rooms. The app initially found popularity with the Silicon Valley crowd. In May, Clubhouse was valued at nearly $100 million after a round of investment led by Andreessen Horowitz.

However, in recent months, its user base has broadened. In addition to hosting discussions between venture capitalists, the app offers a variety of celebrity talk shows, D.J. nights, networking events, speed dating, theatrical performances and political discussions.

Most of the users chosen for Clubhouse’s pilot program host popular shows that draw audiences of thousands, though others maintain smaller, more dedicated followings. Think of them as part livestreamer, part podcast host and part community manager.

“The top creators are people with magnetic personalities who attract audiences not just because of their titles and accomplishments, but because listeners want to spend time intimately hearing their thoughts with a chance to weigh-in themselves,” said Josh Constine, an early-stage investor at the venture firm SignalFire who is part of the creator pilot program. “These creators are generating big audiences on Clubhouse even if they don’t have large followings on other social platforms.” 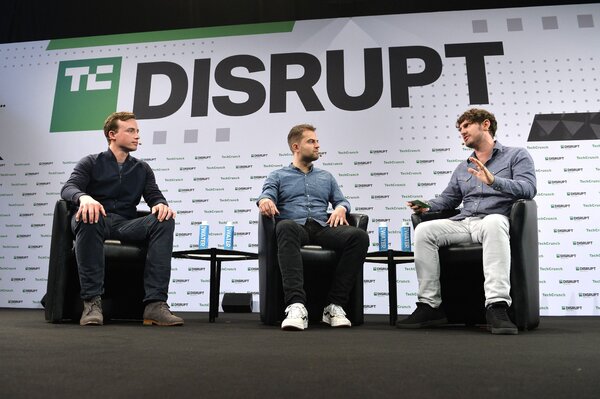 Catherine Connors, 50, an early parenting blogger and former head of content at Disney Interactive, hosts two regular talk shows on the platform, one about feminism and one about philosophy, and is in the creator pilot program. She said many of the app’s most prominent figures are not the Gen Zers and millennials most people imagine when they think of influencers.

“What an interesting personality looks like on Clubhouse is different than what it looks like on other platforms,” Ms. Connors said. Several people in the pilot program are in their 40s or 50s.

Last week, users in the creator program were invited to join a private digital “club” on the app called “Everything in Moderation,” as well as a closed WhatsApp group chat with leadership at the company. The program is being led by Stephanie Simon, a marketer and former consultant for Gucci.

One of her challenges will be helping to standardize monetization on the app; so far, creators aren’t compensated for their work on the app. “Where’s the money at?” one person asked during the first “Creators Roundtable Session,” a private meeting between company leadership and influencers that took place on Dec. 17. It was a sentiment shared by many in the room. Ticketing, tips and subscriptions were floated as possible sources of revenue.

Metrics were also discussed. The company said it would be offering analytics to creators at some point but had no idea what those should look like. One suggestion about a weekly audience growth rate of 30 percent was interpreted by some as a requirement to remain in the program; others saw it simply as encouragement. According to the company there is no mandate for growth for creators.

Kat Cole, 42, a business executive, investor and host of a popular Clubhouse room called Office Hours, said that the meeting was well intentioned but disorganized. “This wasn’t a group of employees, so there wasn’t an agenda or an open mic rule,” she said. “There was a lot of people for whom this is their career and income as a creator, and they were taking it very seriously.”

“We believe voice is a powerful medium for people to connect, share, learn and grow through authentic conversation. On Clubhouse anyone can be a creator by starting a room and hosting conversations,” a spokeswoman for the company said in a statement.

The pressure for Clubhouse to crack the creator ecosystem is high. Failing to prioritize the needs of power users can drive them away. In 2015, nearly 20 of Vine’s top 50 creators left the app after a meeting in which the company refused to pay $1.2 million dollars to retain them. The app shut down a year later.

In 2020, though, investors seem to have finally embraced the influencer economy as legitimate business. REMUS, an early-stage venture capital firm, recently hired Josh Richards, an 18-year-old TikTok star, as a venture partner. Investors on the app have begun asking about how creators on other platforms, like OnlyFans, monetize their accounts. One tech founder recently tweeted about how a 9-year-old YouTube star who earned $30 million this year should have earned more.

“I feel like something has palpably shifted in the past year among investors, and it seems like everyone is talking about the creator economy now and investing in creator tools,” said Li Jin, founder of Atelier, a V.C. firm investing in the influencer economy.

She pointed to TikTok as a platform that had defied the widely held notions among investors that “consumer social” — platforms like Facebook, Twitter and Instagram — was a thing of the past. “TikTok accomplished that in large part by treating creators as first-class citizens and making them feel like they’re served for and cared for,” Ms. Jin said. “I think that made investors realize serving creators was a good business strategy.”

Clubhouse will have to do more than pay its creators if it wants to keep them. Many users have complained publicly that the app has failed to roll out sufficient safeguards for users, especially for people from historically marginalized backgrounds.

Rhian Beutler, an entrepreneur and Clubhouse creator who is part of the pilot program, announced on Monday that she was putting her popular Clubhouse trivia show on hold.

“I can’t continue to bring positive things in wake of the continued lack of action by CH in the face of anti semitism, homophobia, transphobia, misogyny, racism ( etc etc),” she tweeted, referring to Clubhouse as “CH.”

Another user, Michaela Hirsh, responded, saying that the company should: “Draw a line for hate speech. Actually ban / suspend people for it. Make it known that it’s unacceptable. Recognize earlier that certain hate groups have organized on the app (and now it’s too late to stop it).”

“All forms of racism, hate speech and abuse are prohibited on Clubhouse and are a direct violation of the Community Guidelines and Terms of Service,” a company spokeswoman said. “The company has trust and safety procedures in place to investigate and address any violation of these rules, which may include suspension or removal from the app.”

Denise Hamilton, 50, a creator who hosts two popular shows on Clubhouse and is also a member of the pilot program, said that while the founders have incorporated her feedback into product changes, she thinks users also need stronger moderation tools.

As Clubhouse continues to scale, the number of audio creators is growing. Their impact on the broader influencer economy is just beginning. Some members of the pilot program have begun contemplating brand deals and cross-platform promotion. Others have begun to form creator collectives, like those started by prominent users on TikTok.

“I’d be surprised if by next year if there weren’t groups of creators that do their own thing but have some way of getting together for maybe a weekly room,” Ms. Cole said. “Something like a Hype House.”

An Argument for Loving ‘Devil’s Advocate’