IF THERE is ever proof that nothing is not fixable, then one cleaning fan's video of them restoring an unusable sink is it.

Most people would be put off if they came across a sink as grim as this one – it was covered in dirt, grit and limescale build-up, with the plughole looking like it was completely clogged up. 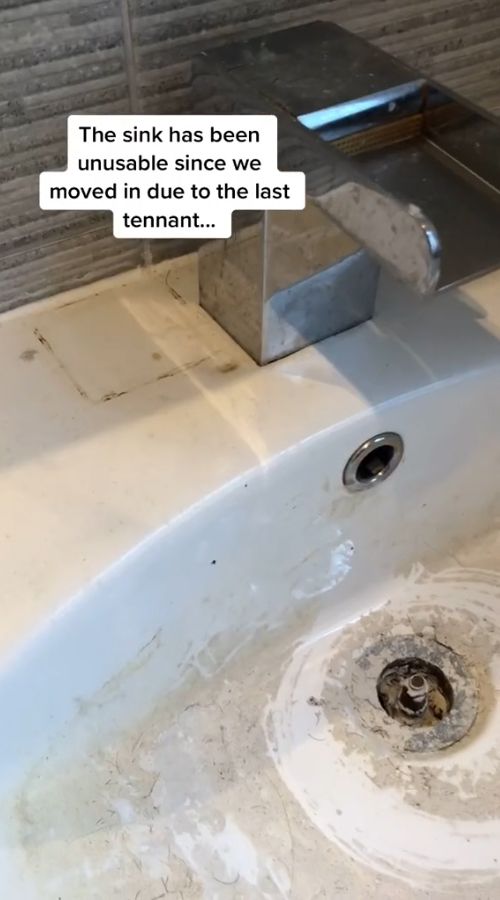 After moving into her new home, TikTok user Coco (coco0livia) had ruled out using the disgusting sink and instead covered it up with a piece of cardboard.

However, after snapping up a bottle of the Pink Stuff's Miracle Cream for £1, she decided to tackle the nasty bathroom fixture and her results are incredible.

Coco filmed the transformation in a video she shared online, where she revealed: "This sink has been unusable since we moved in due to the last tenant."

"I had to change that," she said, before dousing the sink all over with her miracle cream. 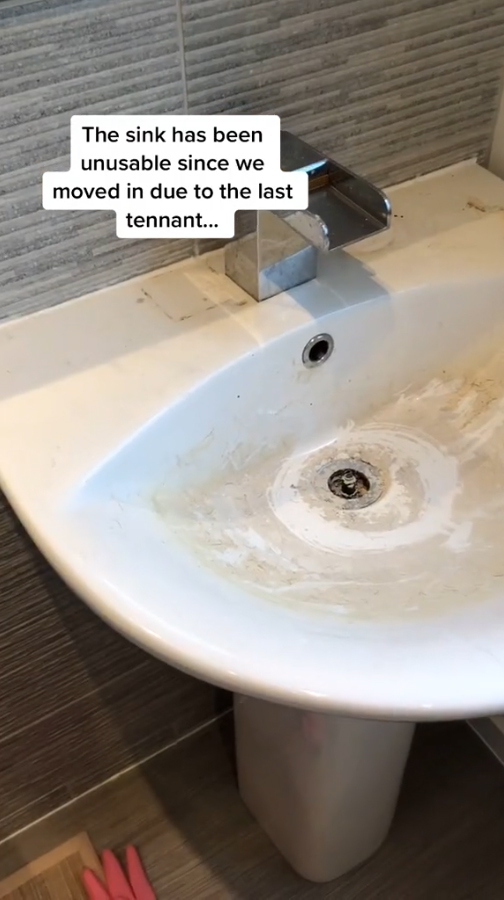 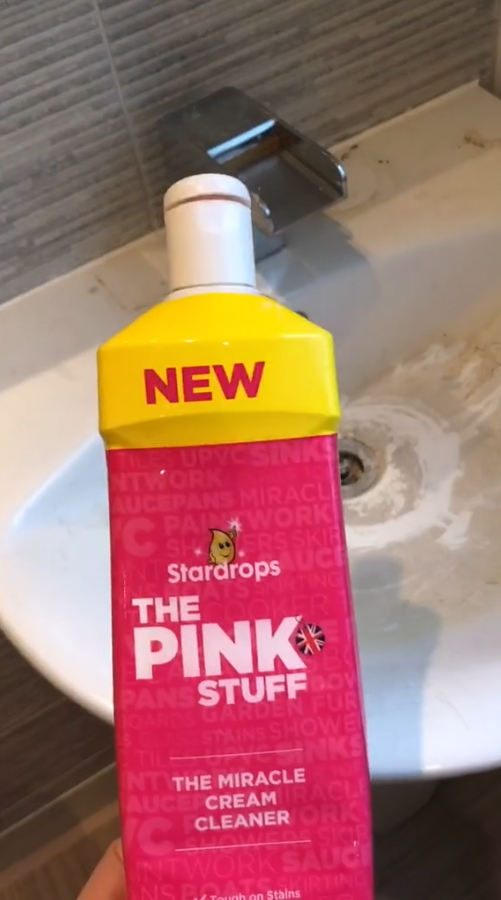 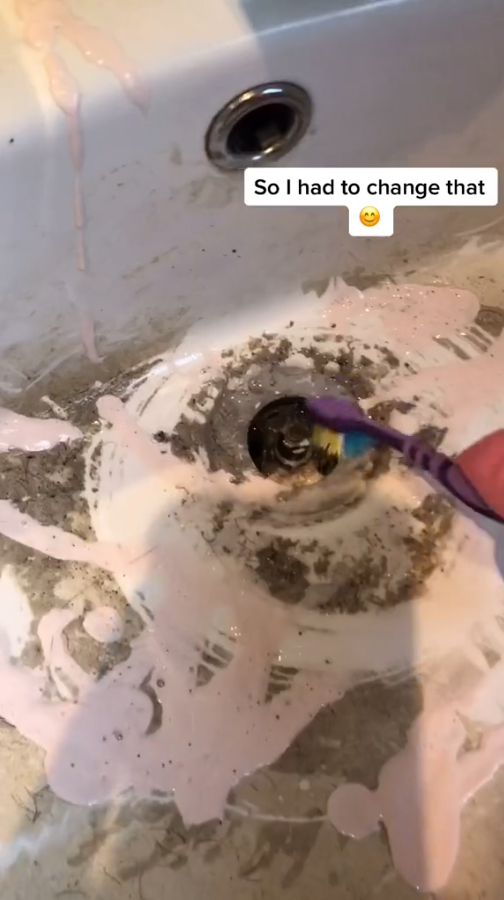 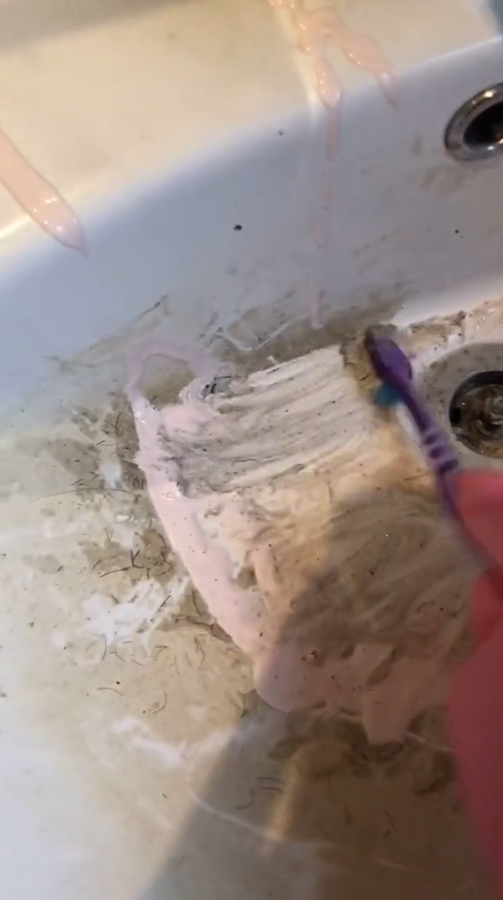 Using a toothbrush and sponge, she scrubbed away at the build-up with a lot of elbow grease, before pulling out hair and gunk that had got caught up in the plug.

Coco then washed away any residue leftover with water, before buffing up the sink with a dry cloth and it was left looking as good as new.

Now the proud owner of one very sparkling sink, Coco teased her cleaning job had been "the most satisfying sink clean ever". 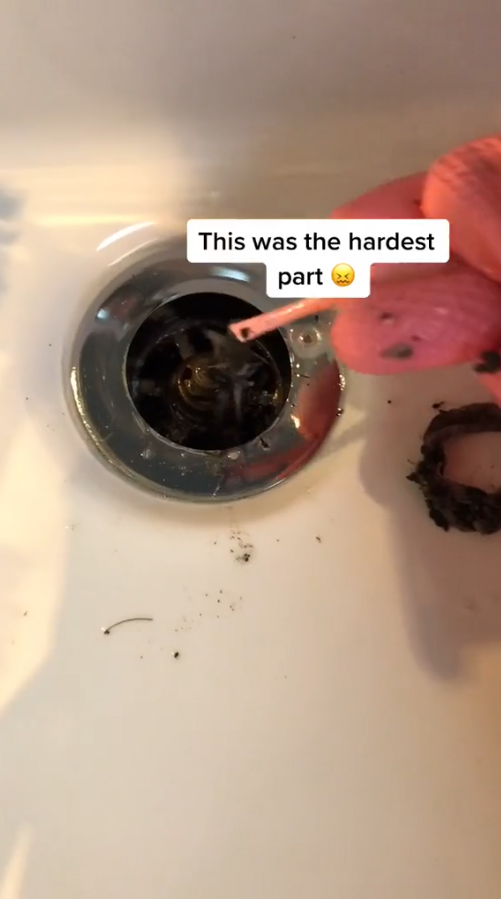 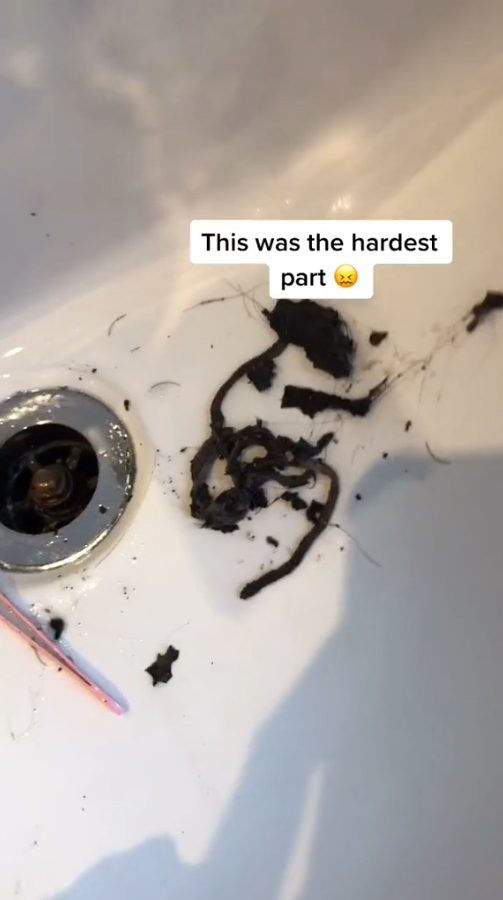 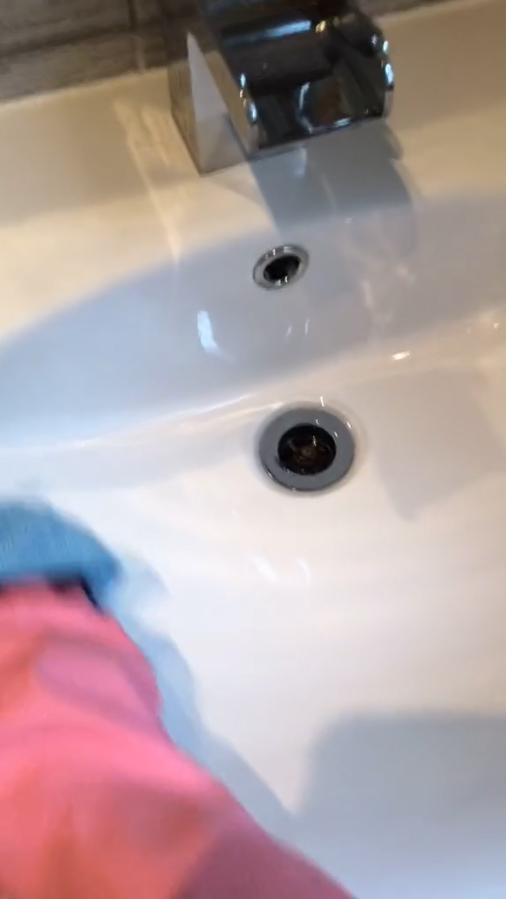 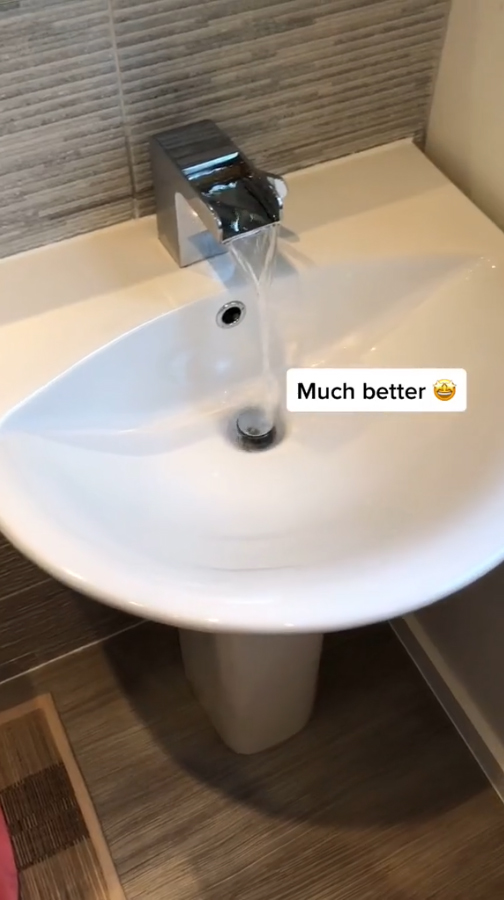 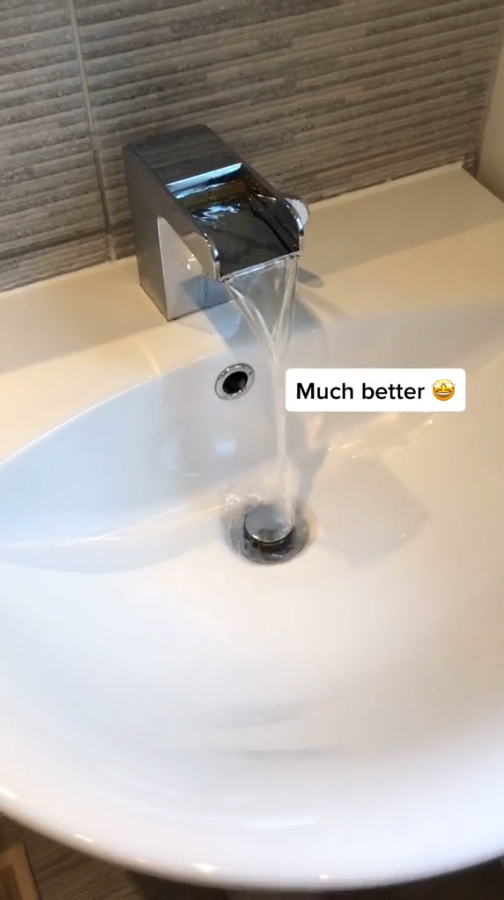 People were equally both horrified at the state the sink was left in before and impressed at how clean Coco had managed to get it.

Nearly 1k people liked her video, with one person commenting: "What did they do with that sink?!?!"

Another said: "That plug hold would of literally had me well done (sic)," to which Coco replied: "It was awful, I was gagging a little not gonna lie."

One more gushed: "That looks so much better."

Meanwhile, one woman shares her genius cling film hack that will leave your shower hose grime and rust free.

Plus, one professional cleaner reveals how to keep your car smelling fresh – and all you need is a peg.

And one cleaning fan was left fuming as secret spoon hack shared by Mrs Hinch goes wrong and leaves her with a flooded kitchen.