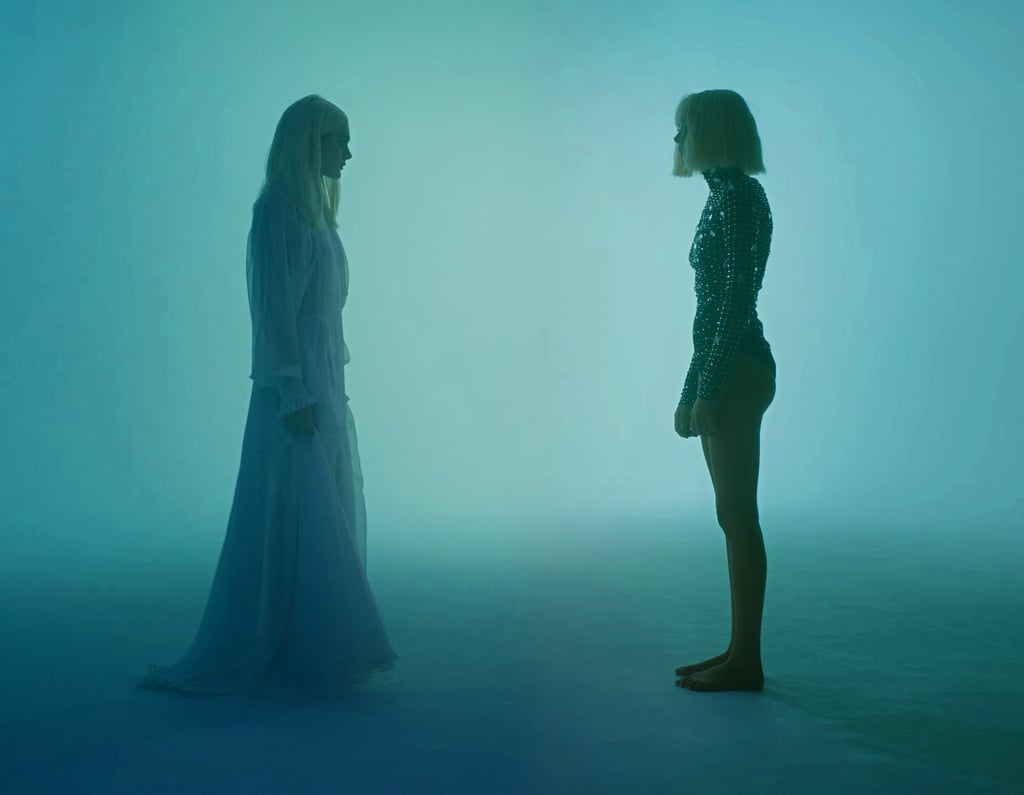 Charlotte Lawrence just released her music video for “Talk You Down” (her full album will be out in March!), and she’s wearing two polar-opposite outfits. First, we see Charlotte in a gemstone-embellished Dolce & Gabbana bodysuit — perhaps to convey her edgier side — and then she swaps it out for an angelic Philosophy di Lorenzo Serafini dress. The number comes with a high ruffled neckline, pleats down the front, and sheer sleeves with intricate cuffs. This second look is rather whimsical in comparison to the first. Though her sweep of metallic eyeshadow stays put throughout the video, Charlotte wears the bodysuit with a short, choppy bob and bangs.

Lawrence works with stylist Siena Montesano, whose clients also include Demi Lovato, Addison Rae, and Emma Chamberlain, and Siena confirmed she lent Lawrence’s team a hand with this shoot in particular, curating both of the standout outfits. If you’re anything like us, “Talk You Down” makes you want to get in touch with your alter ego from a fashion perspective. So whether it’s more bedazzled bodysuits you need to collect or, instead, prairie-style dresses, we helped you out with that ahead. (Heads up: Charlotte’s Philosophy dress is actually still shoppable, though it will cost you a pretty penny.) Scroll through to watch the video and check out some outfit stills that just might inspire you.

James Corden Admits He Wants to Wear Spanx Less in 2020