KATE Middleton’s royal tour to Pakistan is drawing to a close and has been extremely poignant due to the echoes of Princess Diana wherever they went.

The Duchess of Cambridge, 37, paid tribute to her late mum-in-law by wearing a number of similar outfits for her engagements. 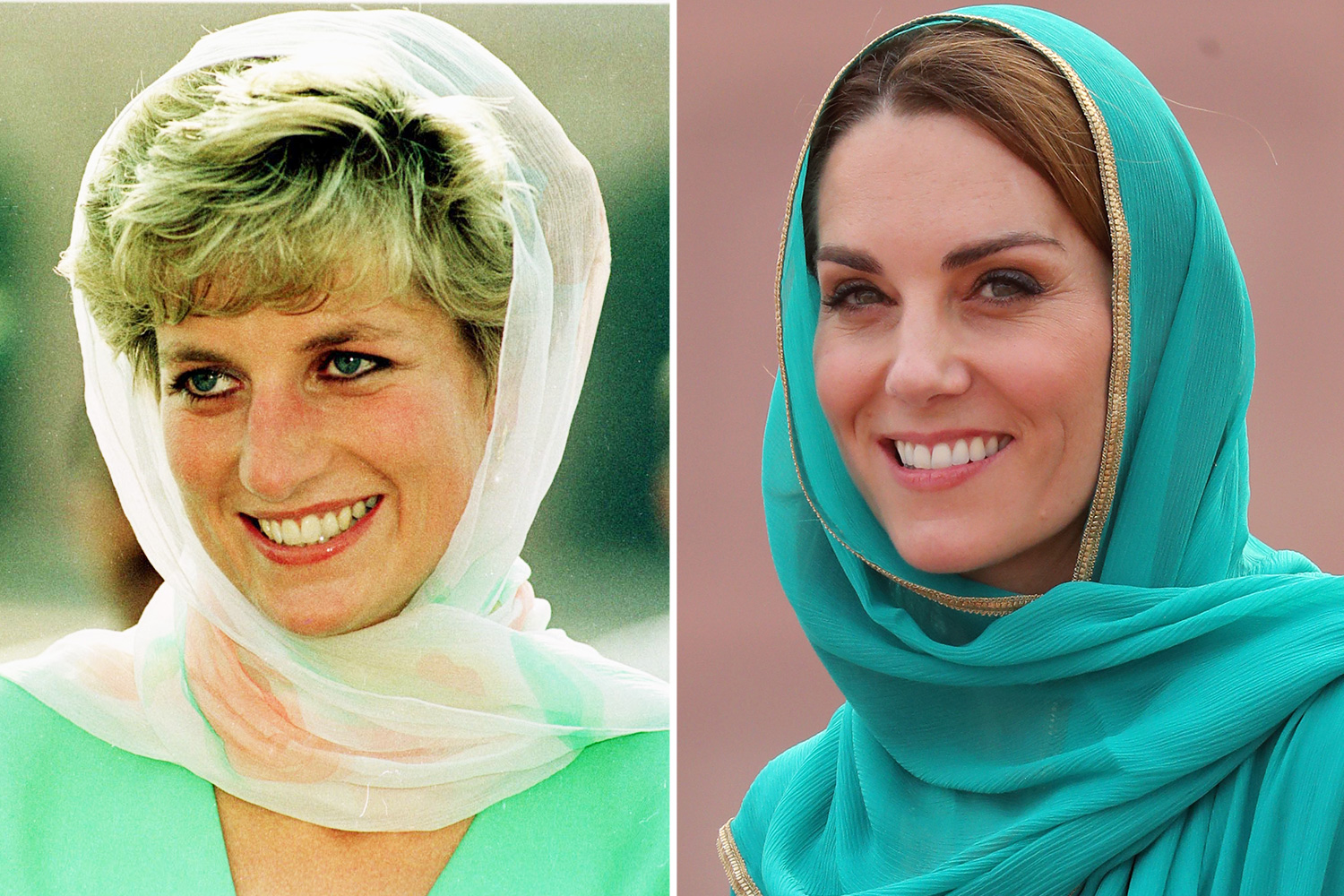 Kate Middleton and Prince William touched down in Islamabad on Monday evening, and Kate opted to wear a light blue tunic and trousers.

The duchess looked elegant in an aqua shalwar kameez – a traditional Pakistani outfit comprised of a long dress and trousers – by British designer Catherine Walker.

Kate's combination was also highly reminiscent of the outfit Princess Diana wore when she visited Pakistan in 1996.

The couple's visit is the first official one to be made by the royal family to the country since Prince Charles and Camilla visited back in 2006. 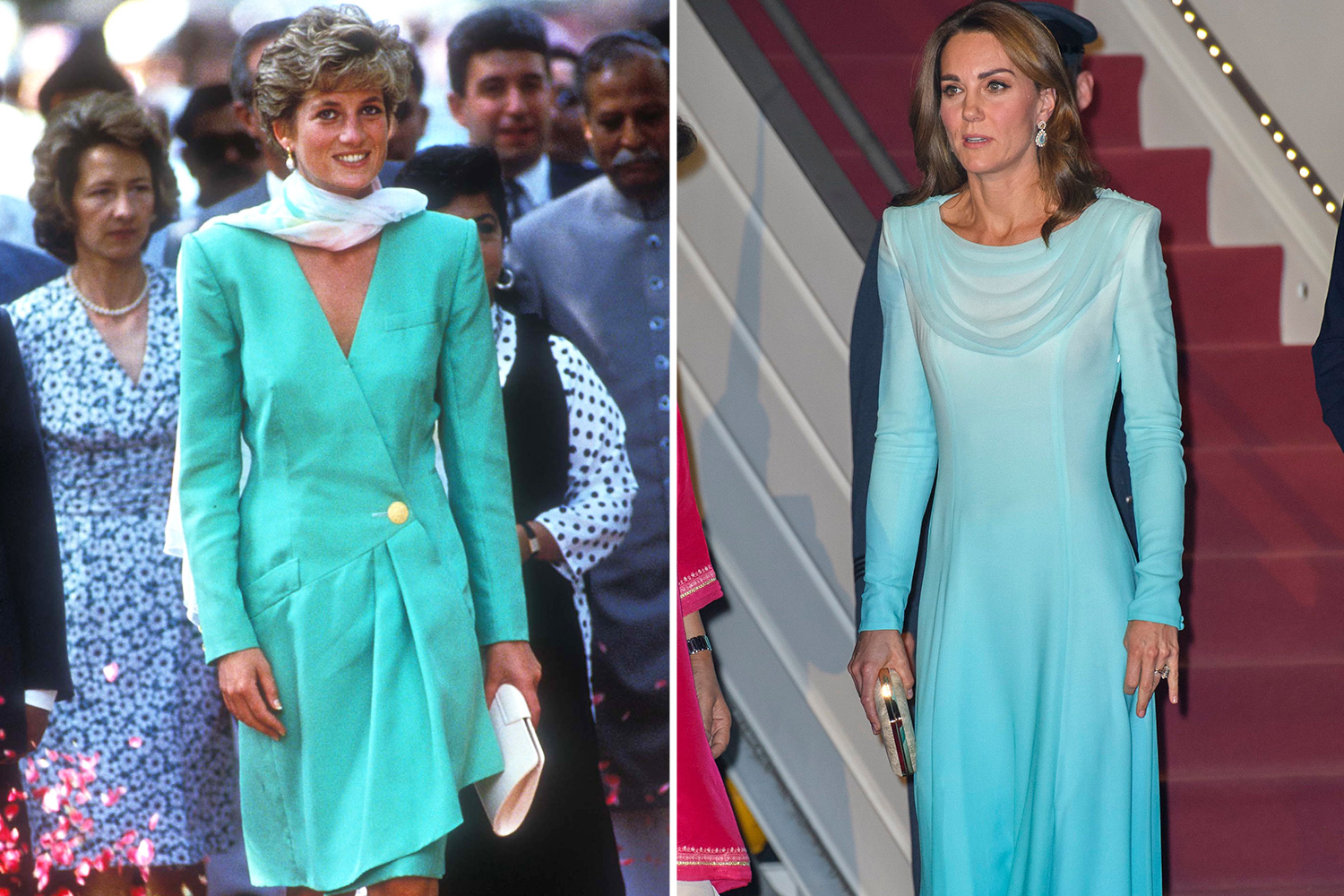 The duke and duchess headed into the breathtaking Hindu Kush mountains near the Afghan border.

They observed how climate change is melting glaciers as well as the devastating impact of flash flooding on the local area in 2015 and were given traditional items to wear.

During the visit, the duchess was given the traditional beret – just like one Diana wore in 1991.

Kate was given a regimental cap of the Chitral Scouts with peacock feathers like one Princess Diana wore when she visited Chitral in 1991.

William was also given an embroidered coat and Kate a warm shawl, as well as a book of photos about Diana's visit 28 years ago. 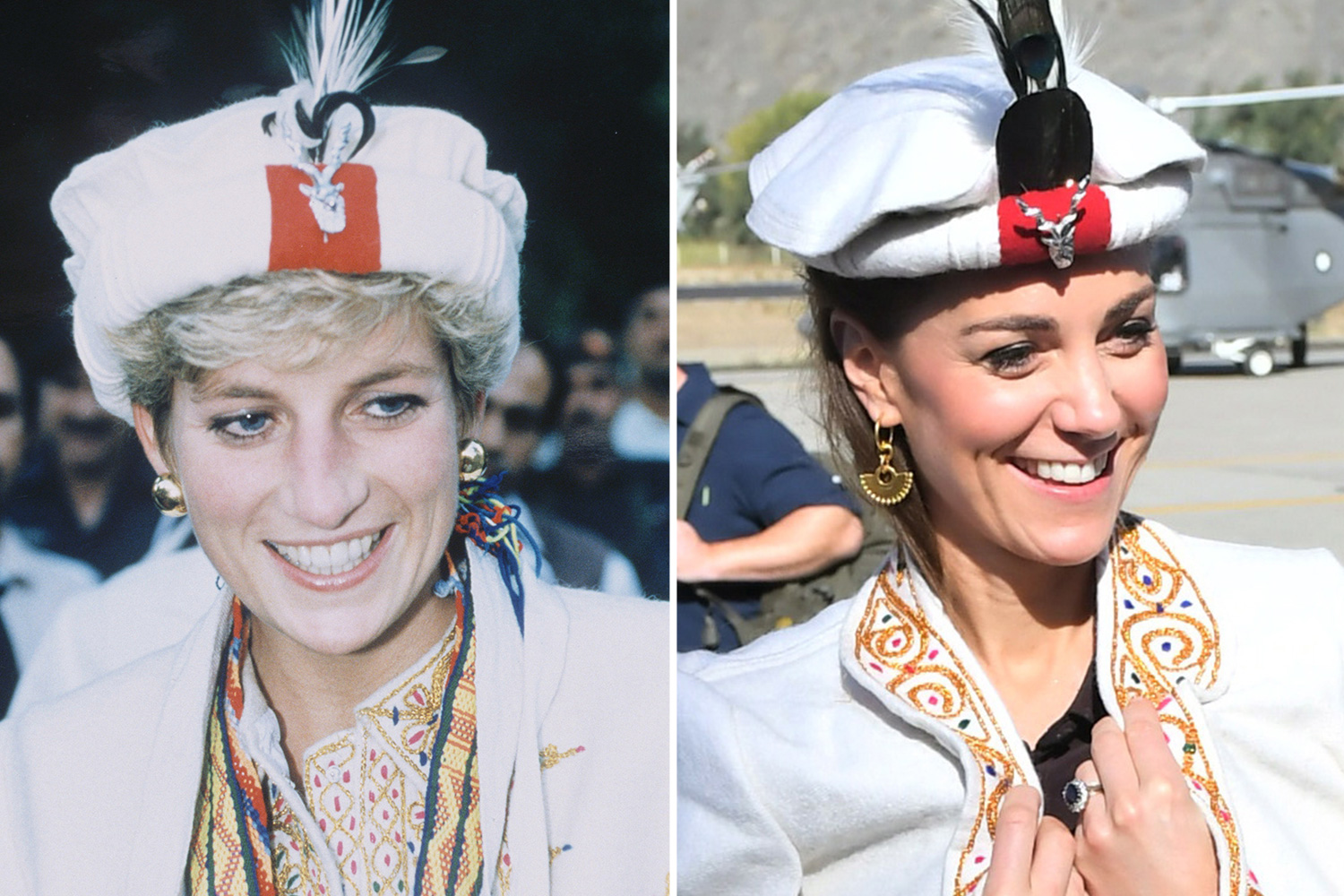 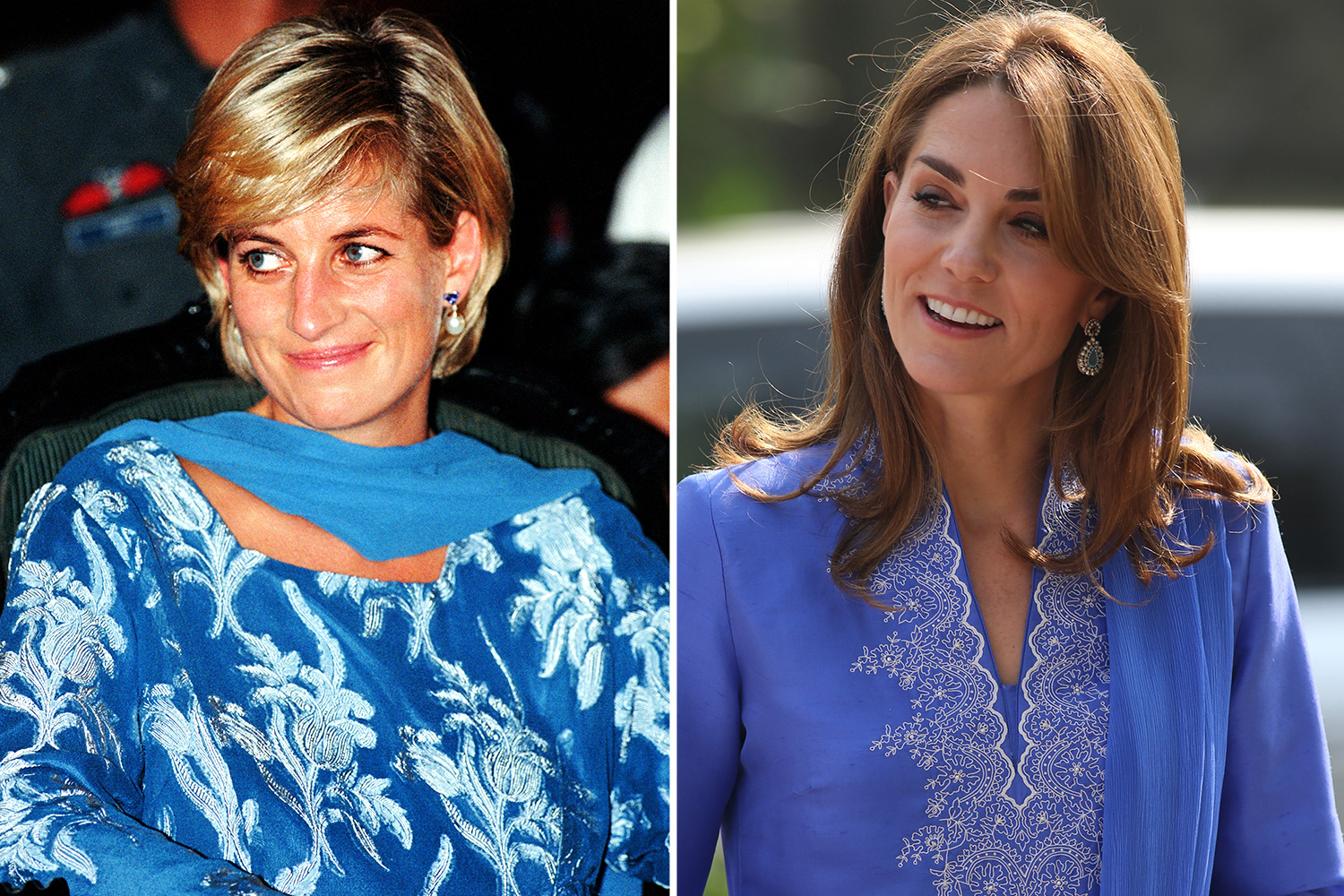 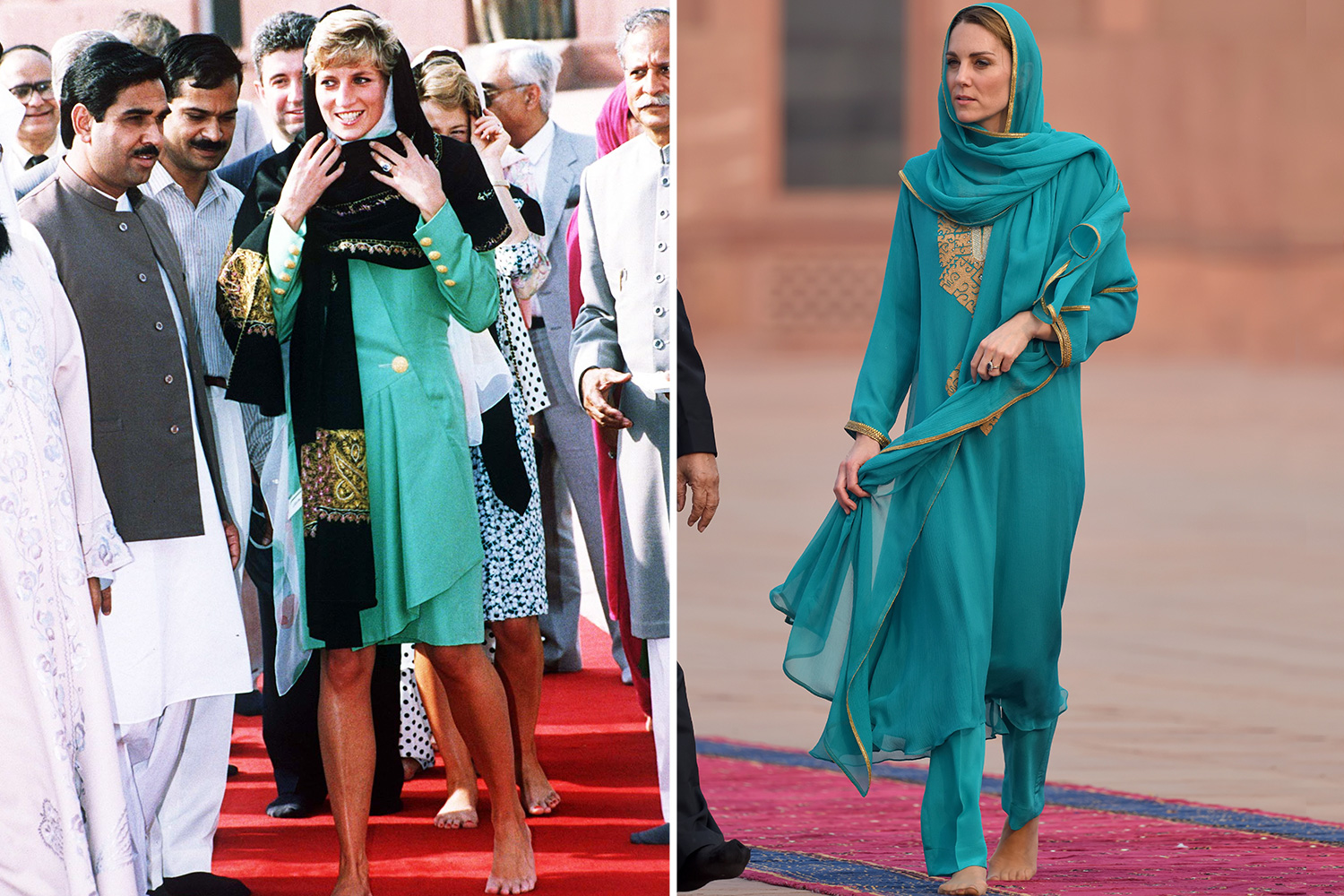 Kate literally followed in Princess Diana’s footsteps when her and William visited the Badshahi Mosque in Lahore, which Di had been to in 1991.

The mum-of-three stunned in a turquoise French chiffon shalwar kameez with gold embroidery which she wore with a modest headscarf.

Diana had worn a similar outfit for her visit to the same mosque in 1991, but raised eyebrows when some deemed it to be too short as it exposed her lower legs. 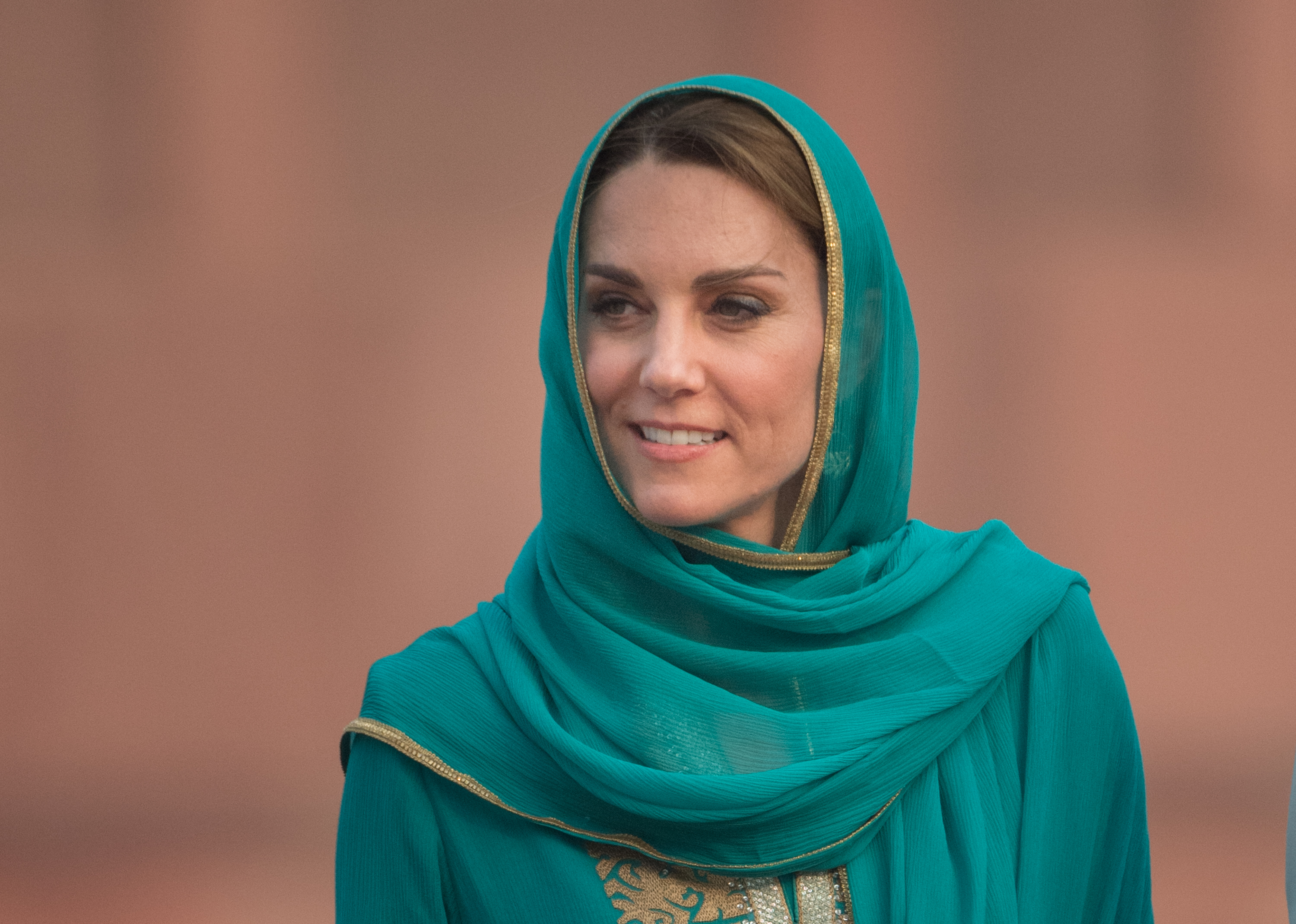 And it turns out that it might have been a strategic choice, as green is a powerfully symbolic colour according to the Islamic faith.

Green is believed to have been the favourite of Prophet Mohammed, who is said to have worn a turban and cloak in the colour.

And in the Koran, it is said that those in heaven “wear green garments of fine silk.”

Green is also a poignant choice for the royals to wear in Pakistan, as it's also their national colour. 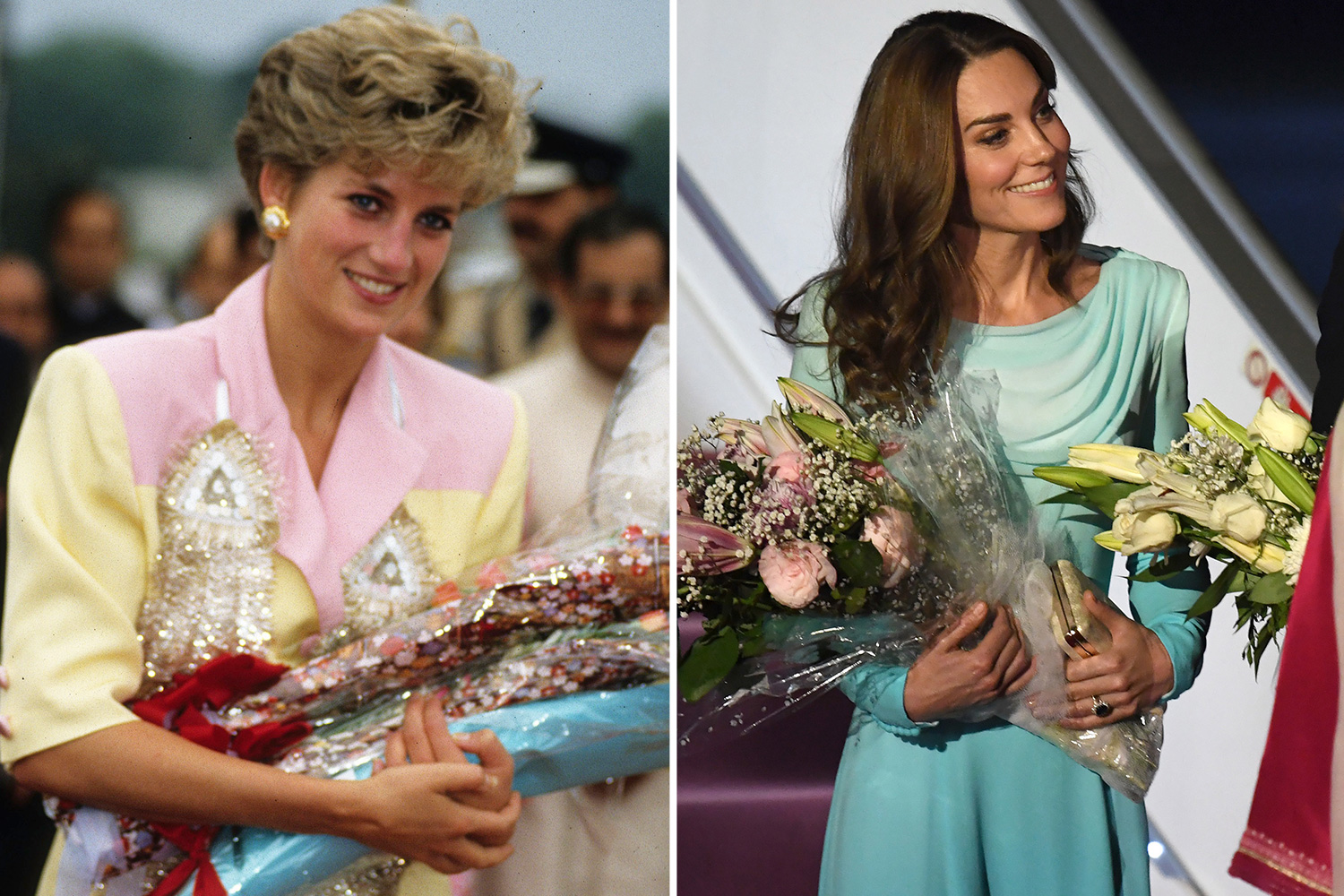 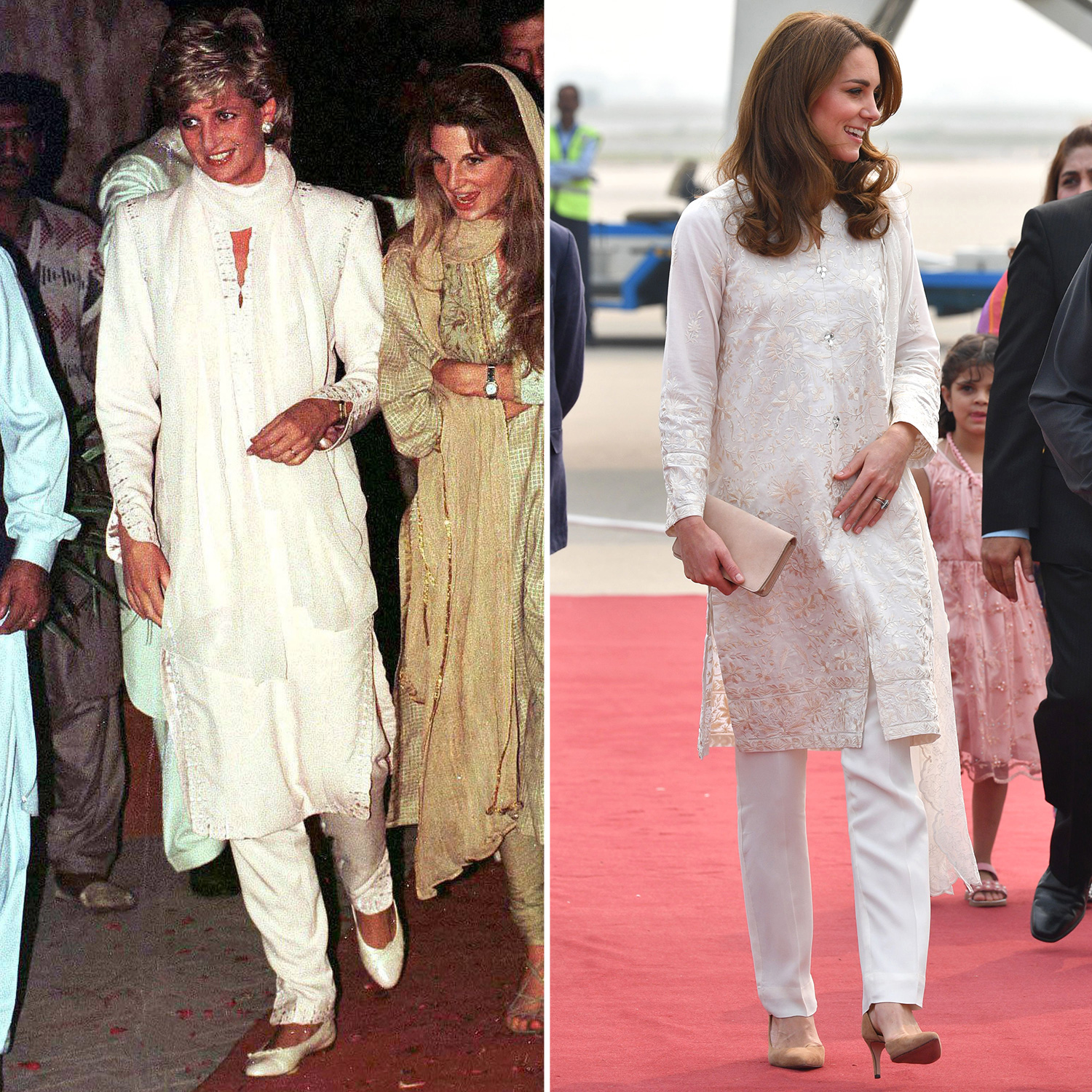 When she played cricket, Kate wore a white shalwar kameez made by the Pakistani brand Gul Ahmed and matched it with a shawl by Maheen Khan and tan shoes by Gianvito Rossi.

Her outfit was embroidered with a design of jamine flowers, Pakistan's national flower.

It's not the first time Kate has shown off her cricketing skills, having worn high heels for a game in New Zealand in 2014 and once again during a trip to India in 2016. 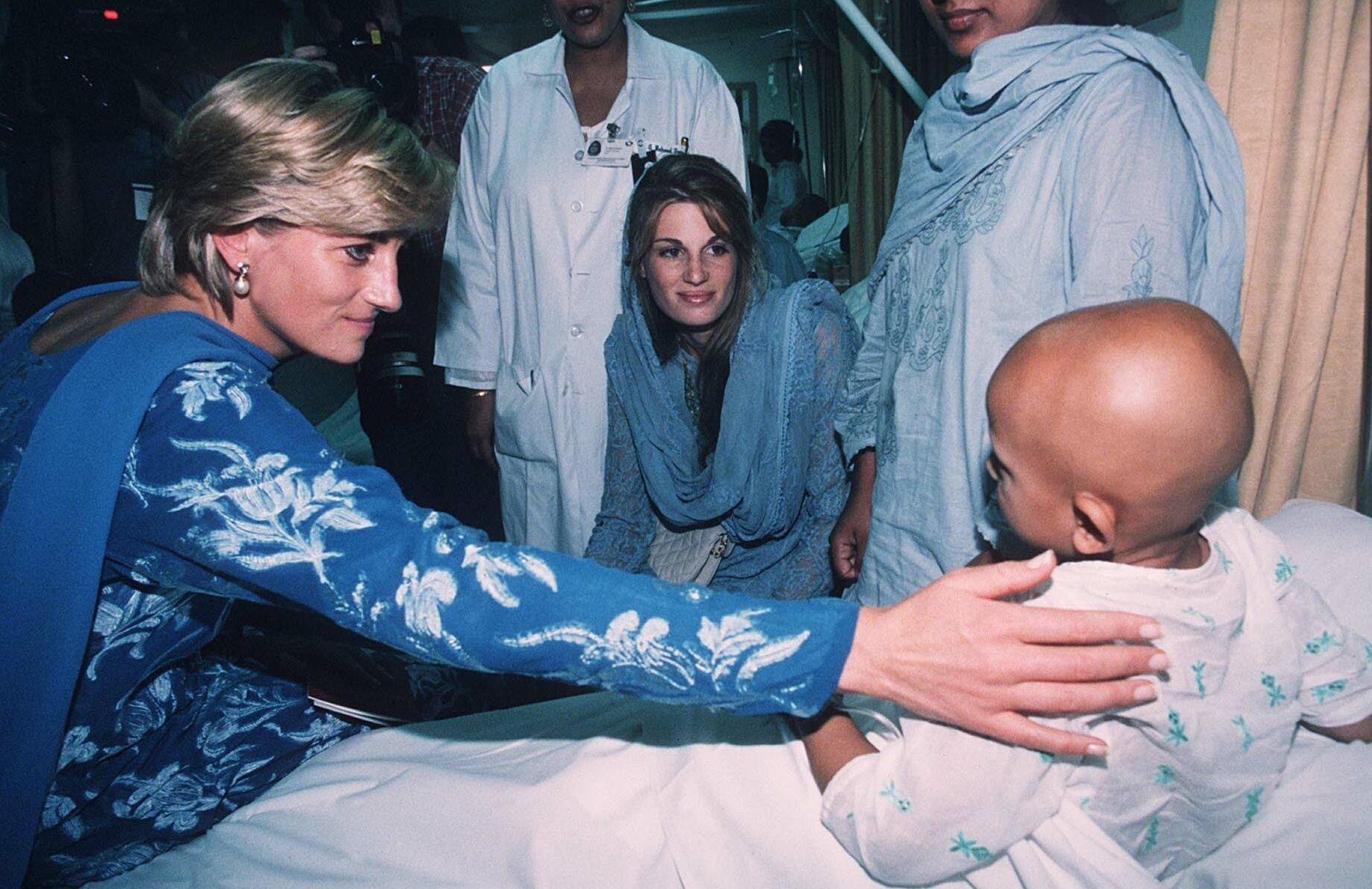 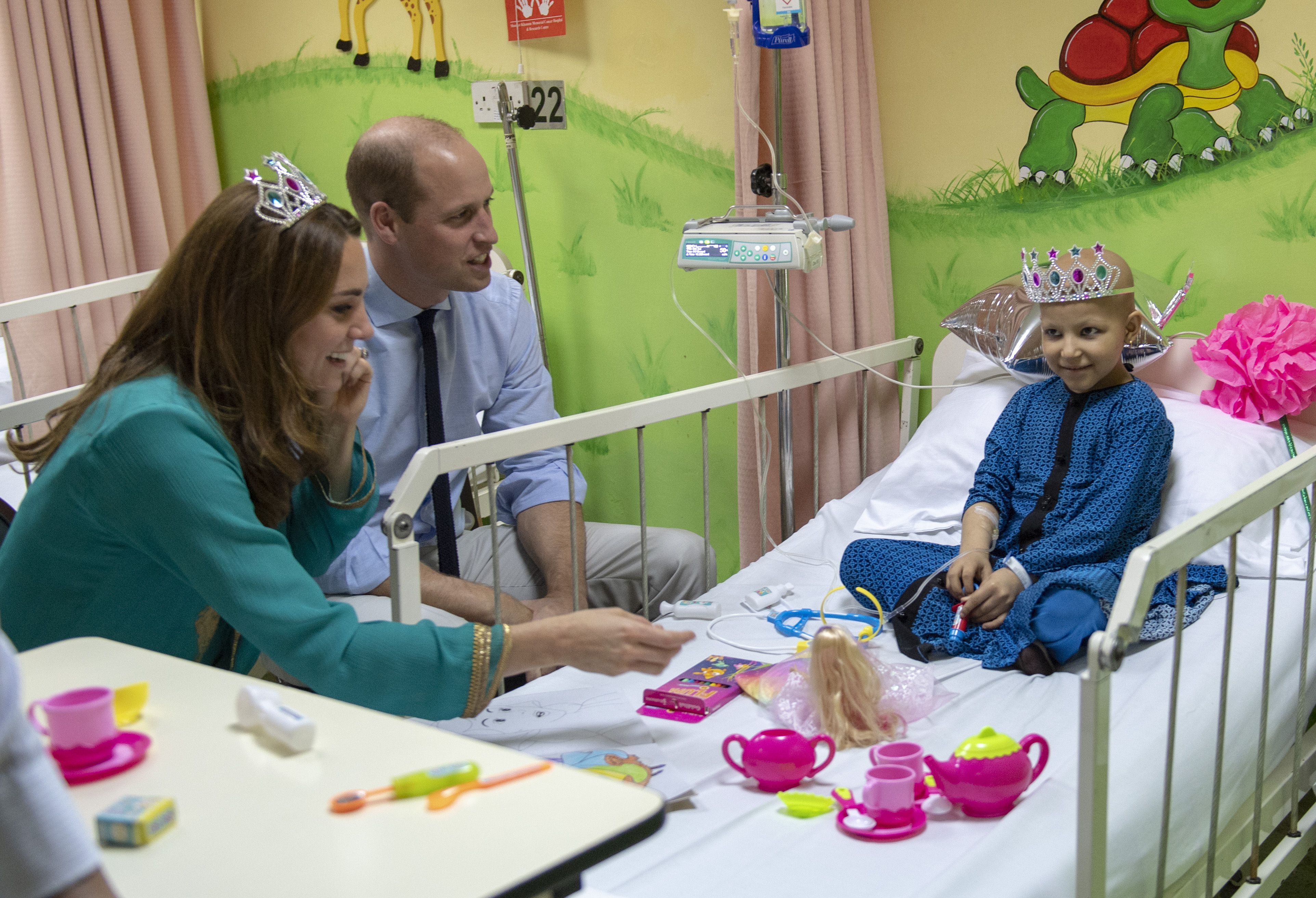 Kate and Will stopped off to visit the Shaukat Khanum Memorial Cancer Hospital and Research Centre, in Lahore.

Dr Aasim Yusuf, from the hospital, welcomed the Cambridge's, saying: "It's a great honour and a privilege for us to be welcoming Prince William and the Duchess of Cambridge today."

Dr Yusuf also welcome Princess Diana when she visited the hospital during a visit in 1996.

The royal mum spent time with seven-year-old Wafia Rehmani, who is receiving treatment for a kidney tumour.

Wafia, from Afghanistan, hosted a tea party and she and Kate wore matching tiaras.

We shared how Kate laughed as she and Prince William play cricket during royal visit to Pakistan.

A toilet seat and a mop are among the worst gifts Brits have received from their partners at Christmas, study reveals