JASMINE Harman is best known for presenting Channel 4’s A Place In The Sun.

Here the presenter, 44, discusses veganism, rapping Nicky Minaj and the public figure she admires the most. 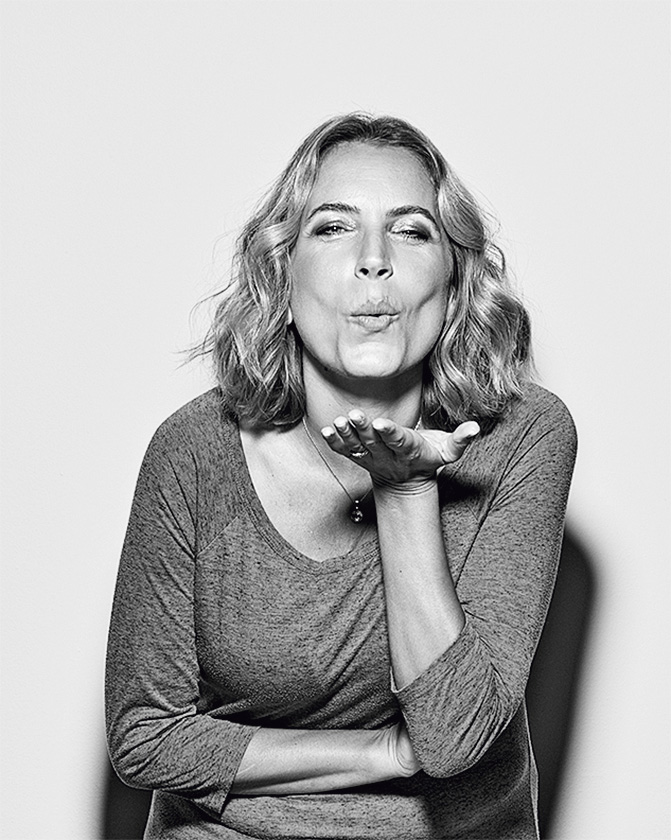 I haven’t got any phobias, but I find not being in control scary – like if I’m skiing. I’m getting slightly more relaxed as I get older.

What is your favourite word?

I constantly say “cuidado” to my kids [Joy, six, and Albion, four]. It’s Portuguese for “be careful”.

I lived in Portugal for nearly four years. I probably say it 100 times a day.

What is your worst habit?

Imagine you’ve got an itch halfway between your ear and throat. I make this weird noise, trying to scratch it. It sounds like a piglet squealing.

Who or what is the love of your life?

My husband Jon. He’s so tolerant, a great dad and a great husband. We’ve been married for 11 years and together for more than 16. 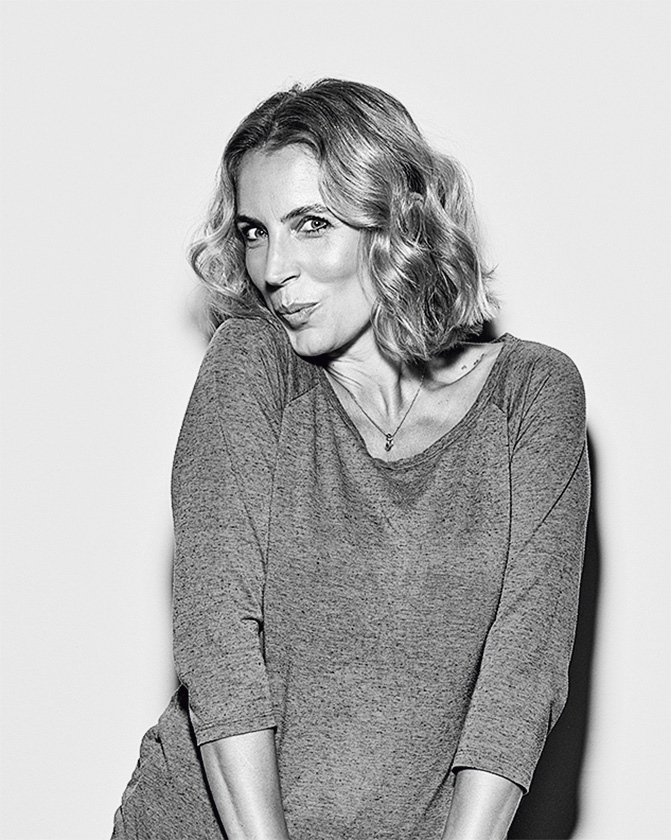 Who would you invite to a dinner party?

Animal rights activist Earthling Ed. I’ve been vegan even since I became a mum nearly seven years ago.I was struggling to breastfeed and didn’t stop crying for about three days when I learned what mother cows have to go through in order to produce milk for humans.

Who makes you laugh the most?

My kids. This morning I couldn’t stop laughing when I nipped into the supermarket, got out the shopping list on my phone and saw they’d added loads of stuff on Alexa – except she hadn’t understood what they were saying. One item was “road cake”!

Dirty Dancing – it brings back so many memories.

What was your favourite TV show as a child?

I used to run home from school on a Tuesday to watch Dungeons & Dragons. I wish they still showed it! 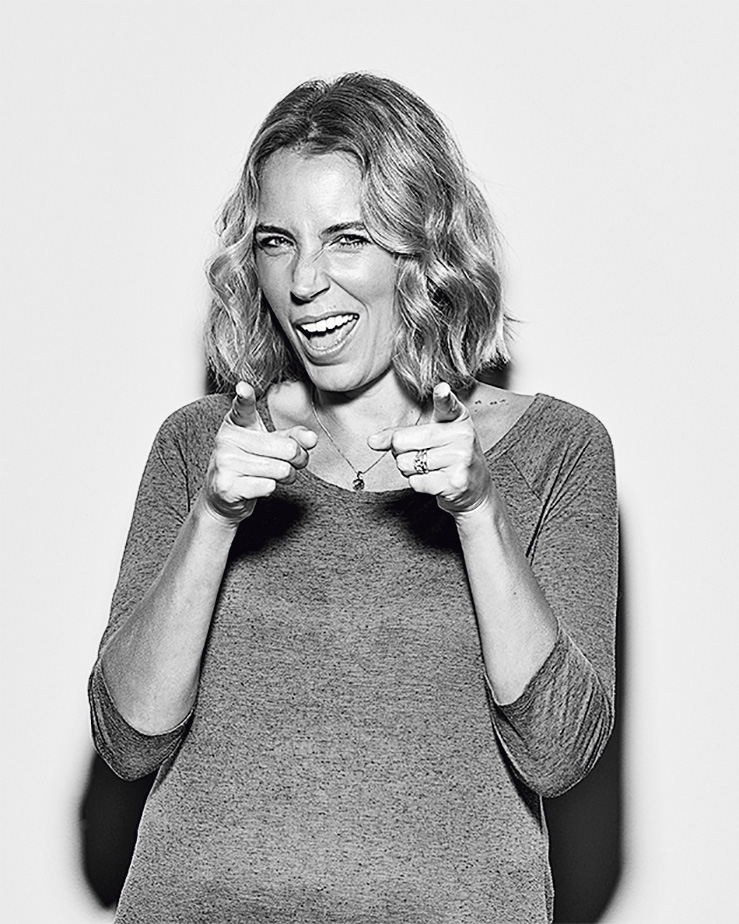 What is your earliest memory?

My brother Johnny is 18 months younger than me and on his first day at nursery, I was holding his hand as we came back from lunch.The teacher told me I had to let go so he could walk on his own. We both started crying. She was very mean.

Neither, as I don’t drink hot drinks. I’ll have a glass of white wine instead, if that’s allowed?

Do you have a party trick?

I can rap like Nicki Minaj and I’ve got a photographic memory for lyrics. 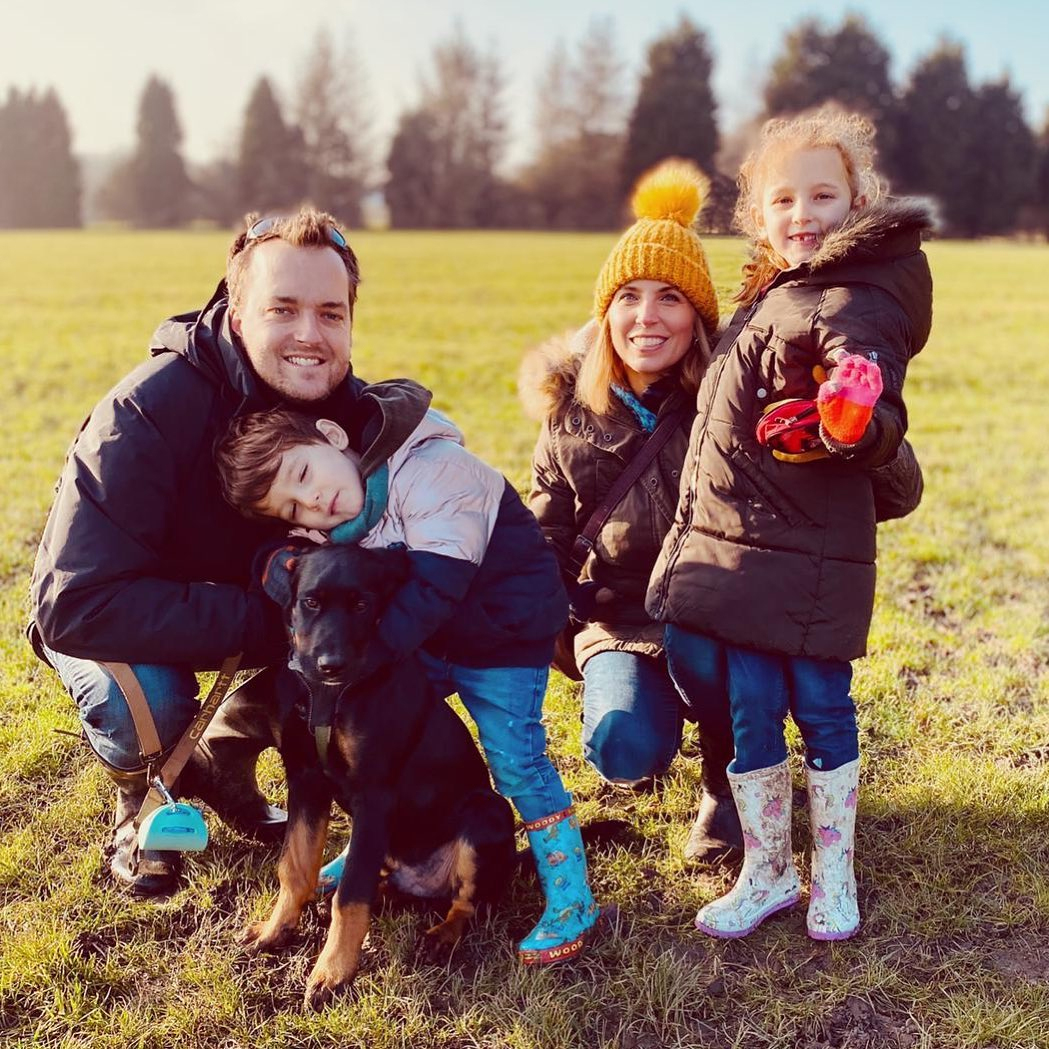 Hugh Jackman. He reminds me of my husband.

How do you relax?

I switch off my phone and go for a nice walk in nature.

Most famous person on your phone?

Which public figure do you most admire?

David Attenborough – he’s such a legend. As an elderly gentleman, he’s still evolving and working hard to make the world a better place.