Home » Fashion » A Pandemic Is Hard Enough. For Some, Being Single Has Made It Harder.

“One day I realized it had been three months since I had touched a human being,” one man said. 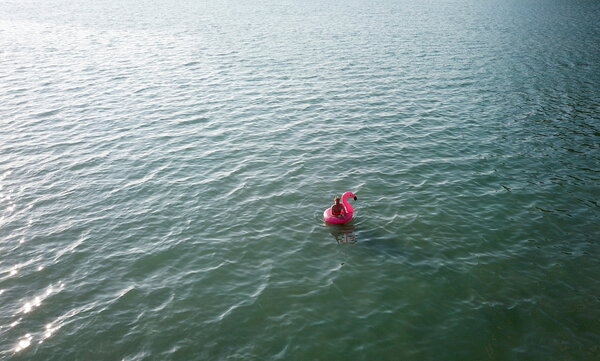 The coronavirus pandemic has been rough on virtually everyone.

But those who have been single through the isolation, fear and upheaval say they’ve been confronted with a distinct set of challenges — not necessarily more or less severe than those who are coupled up, but different. Some who said they were content with being single before the pandemic have nonetheless struggled with what they’re missing in emotional support and even routine physical touch.

“The first few months I thought: ‘This is OK, I can work on myself,’” said Gagan Bhatnagar, 35, a clinical oncology consultant in London. “But then it just dragged on. One day I realized it had been three months since I had touched a human being.”

With a widely shared Twitter thread in December, Mr. Bhatnagar tapped into a wide range of single angst. The thousands of responses he received indicated single people often felt their needs were being overlooked or dismissed, and they frequently felt guilty about expressing them. What’s a bit of mopey loneliness when others are dying?

While everyone has their own level of comfort with being single — there are plenty of people perfectly fine spending time alone — those who responded to Mr. Bhatnagar’s thread, publicly and privately, expressed similar frustrations, he said.

Some, especially those who live alone, said they felt left behind by lockdown policies that discourage household mixing. Even when government policies allow those who live alone to form a “support bubble” with another person, as in Britain, most close friends are already bubbling with partners or family, leaving single people uniquely isolated, Mr. Bhatnagar said.

Being unable to date as usual has robbed people of the hope and excitement that can sustain them through typical rough patches, he said. (Many reported that socially distanced walks in the cold, one of the few Covid-safe ways to meet people after matching online, wasn’t conducive to forming connections.)

And while people missed sex, there was more severe pining for nonsexual forms of touch: the day-to-day contact, couch cuddling and hugs — even high-fives — that have been severed off in an age of social distancing.

“The most physical contact I’ve had was with a cashier giving me change,” said Marc Fein, 35, an educator and mental health advocate in Jerusalem. “I don’t think I realized how much I needed it.”

Mr. Fein said he had resorted to “pushing my hand against the wall just to get a tactile sensation” or sleeping with another pillow to simulate hugging.

Science supports the necessity of human touch: Tiffany Field, the director of the Touch Research Institute at the University of Miami, said research had shown touch to be crucial as a mood stabilizer.

“To have well-being, you need to have touch,” she said. “And if you don’t have that, you go into these states of anxiety and depression.”

Lane Moore, a comedian in New York and the author of “How to Be Alone,” said the lack of touch was the most common complaint she had heard from single people. But the pandemic has also taken a significant mental toll, amplifying existing anxieties and depression. A partner “can calm you down when your brain starts spinning,” she said.

For some, losing nearly a year of searching for a partner is time people didn’t think they could spare, Ms. Moore said. That’s especially an issue for those feeling a biological rush to have children, she said.

“Whatever timeline you have for yourself, it’s just throwing a serious wrench into that,” Ms. Moore said.

Even those who consider themselves fully self-reliant have felt the loss of chance meetings, or the reduced possibility of an unexpected burst of excitement.

Kris Herndon, a 49-year-old in Greenwich, Conn., said she generally accepted being single but always imagined she might meet a future partner in the course of her daily activities. The possibility gave her comfort and hope, which has diminished during the pandemic.

“There isn’t a lot to do besides stay home, and I’m not going to meet somebody in my house,” she said.

Mr. Fein, who lives by himself, said he had learned he was “a lot more resilient than I thought I was,” but all the time he spent alone invited uncomfortable questions: What decisions led him there? What could he have done differently? When will things change?

But acknowledging his difficulties inspired him to take action, he said. He started having regular phone calls with friends he wouldn’t normally chat with. He attended virtual dance parties, set up dates via video chat and met people between lockdowns in Israel.

None of it is ideal, and it hasn’t been easy doing it alone, Mr. Fein said.

“All of the self-sustaining energy needs to be self-generated,” he said. “There’s no one else there. There isn’t anyone in the physical area to rely on emotionally, physically or spiritually.”

Grace Rogers, a single 24-year-old in Charleston, S.C., said friends in relationships sometimes told her that she was the lucky one, without being cooped up with children and a partner.

They imagined she would be free to read all of the books she wanted in peace, but, she countered, at least they had people to talk to on a regular basis.

James Corden Admits He Wants to Wear Spanx Less in 2020