The 2021 awards season kicks off this month with the 78th annual Golden Globe Awards set for Feb. 28.

While the Golden Globes won’t have its usual red carpet set-up, the awards show has long been known for creating many high-fashion moments that have remained in the cultural lexicon. Take, for example, Angelina Jolie and the crystal-embellished Versace dress she wore at the 1999 ceremony when she won an award for her role in “Gia.” Jolie famously celebrated her win by jumping into the pool at the Beverly Hilton after party while still wearing the designer dress. 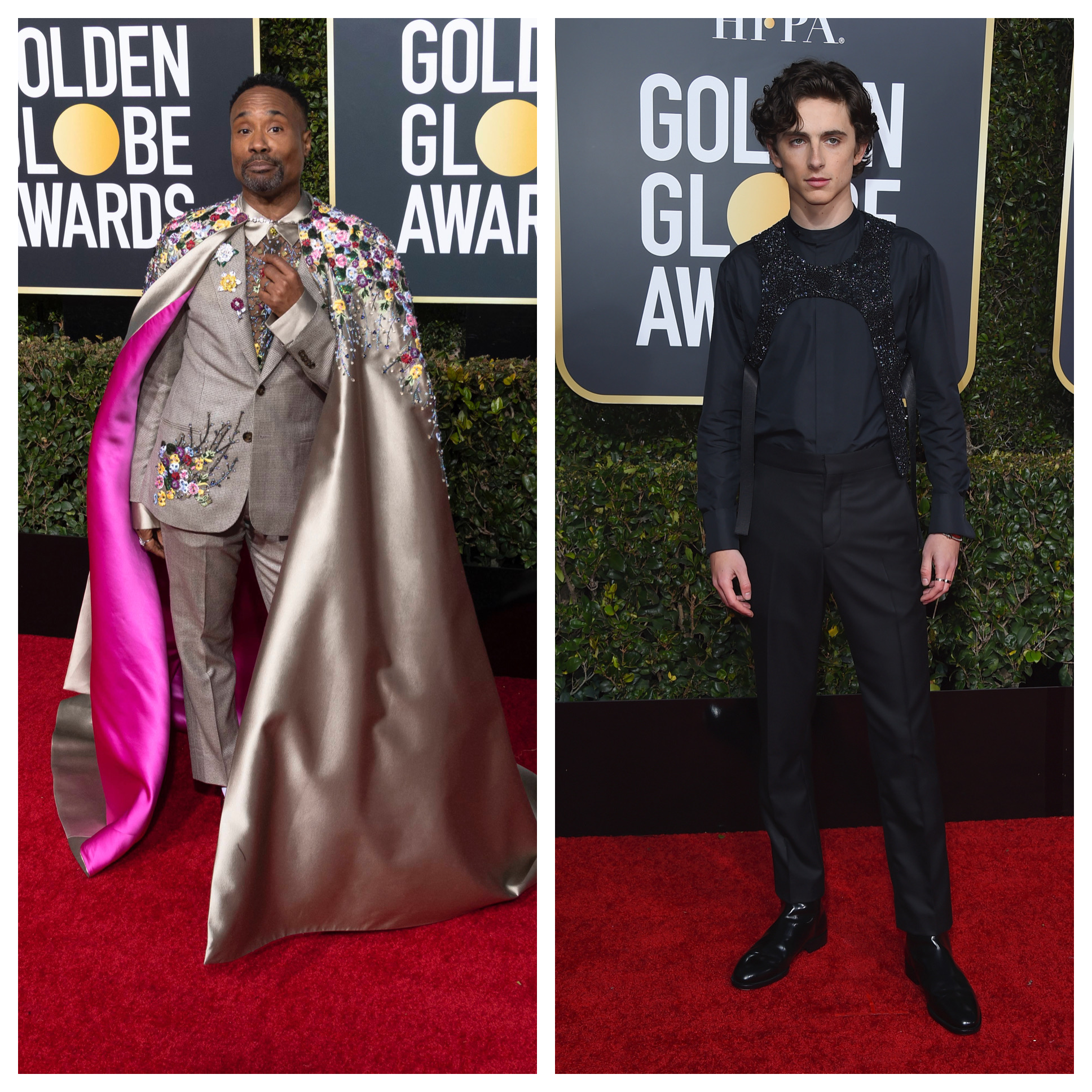 Billy Porter in Randi Rahm and Timothée Chalamet in Louis Vuitton at the 2019 Golden Globes. AP

In recent years, the Golden Globes have seen several actors opt for more inventive red carpet looks. “Pose” actor Billy Porter, who is known for his high-fashion red carpet looks, brought his signature lavish style to the 2019 ceremony when he wore a custom floral-embellished Randi Rahm suit paired with a hot pink cape. Actor Timothée Chalamet also made an impression on awards viewers that same year when he forewent the traditional black tuxedo for a Virgil Abloh-designed Louis Vuitton harness.

Celebrities have also used the Golden Globes red carpet for activism. This was most prominently seen at the 2018 ceremony when attendees participated in the red carpet blackout — where everyone wore all black — to stand in solidarity with the Time’s Up movement.

Leading up to this year’s ceremony, WWD looks back at 46 of the most memorable Golden Globes red carpet looks. Click through the above gallery for more.

The 2021 SAG Awards Postponed to Avoid Conflicting With Grammys

WATCH: Getting Ready for the Golden Globes With Ambassadors Dylan and Paris Brosnan