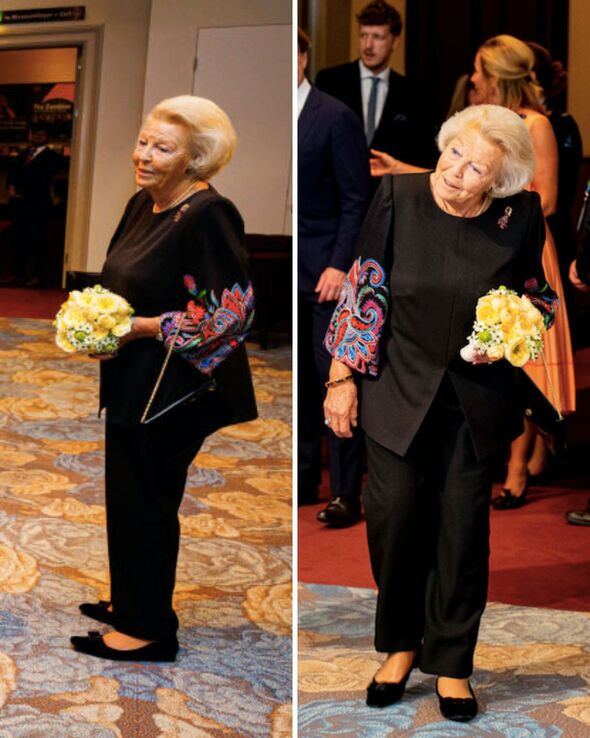 Princess Beatrix Of The Netherlands may be nearly 90, but she still looks as fashionable and youthful as ever. The royal stepped out on Friday to attend the European Union Youth Orchestra Concert In Amsterdam.

The royal wore a stunning two-piece black suit. The ensemble was casual yet chic.

Princess Beatrix went for a loose-fitting number as she attended the orchestra.

But while the ensemble was not form-fitting and did not accentuate the royal’s curves, the structured shoulders gave a little definition.

The ensemble was entirely black apart from one fabulous, colourful feature detail on the sleeves. 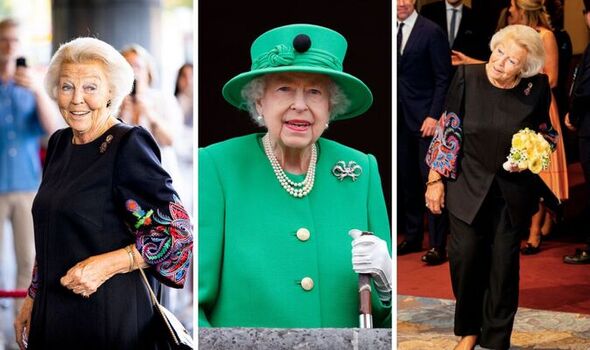 Her shirt was in smock style. The sleeves flared out at the bottom.

From the elbow to the wrist, the sleeve of the garment was covered in a pattern of shocking colour.

The detail was intricate and eye-catching, and boasted many colours in patterns.

The colourful patterns – symmetrical on each sleeve – were swirls of blue, red, pink and green.

The 86-year-old absolutely stunned with this pop of colour. Our own monarch is also partial to a colourful ensemble.

But while Princess Beatrix went for more of a subtle pop of colour, it is rare to see Queen Elizabeth II wearing something other than a colourful monochrome outfit.

But what makes the two royals different when it comes to selecting their outfits?

In the documentary The Queen at 90, Sophie Wessex explained why HRH likes to wear bold outfits. 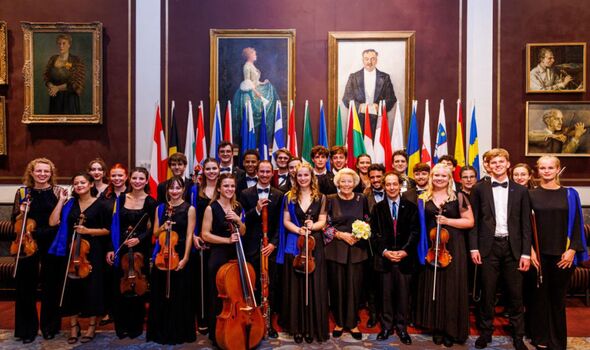 She said: “She needs to stand out for people to be able to say ‘I saw the Queen’.

“Don’t forget that when she turns up somewhere, the crowds are two, three, four, ten, 15 deep, and someone wants to be able to say they saw a bit of the Queen’s hat as she went past.”

While Princess Beatrix was formerly Queen of the Netherlands, she abdicated in 2013 at the age of 75 to make room for a younger generation of the monarchy.

While of course the Princess is still of incredible social status and interest, she may not have the same incentive as the Queen to wear solely bright colours. 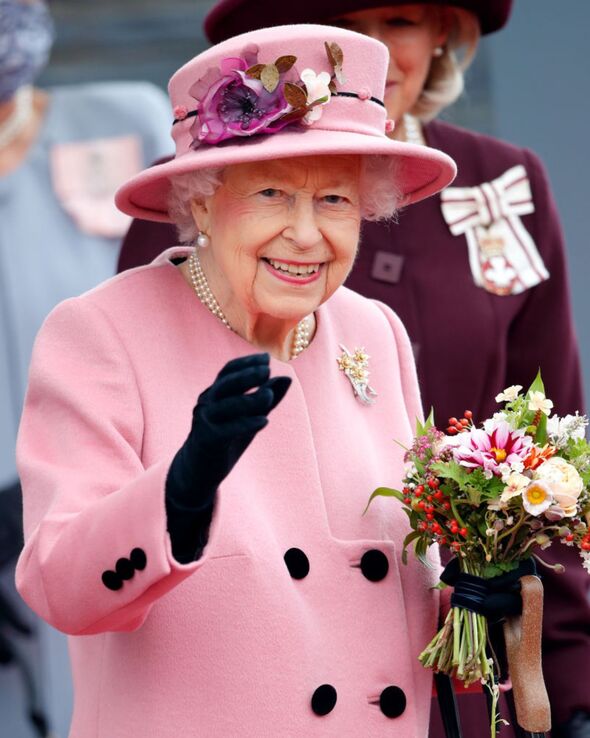 As for accessories the Princess wore a pair of smart but casual black shoes which appear to be suede.

She carried a black handbag with a gold chain in the crook of one arm. As for jewellery, she wore a colourful bangle set in gold and a classic pearl necklace.

Queen Elizabeth II is also a great lover of pearls, rarely seen without her three-strand necklace.

She also wore a colourful brooch on her smock top which complemented the colourful detail on her sleeves and bangle.