Zoe Ball has attracted the lowest number of listeners to the Radio 2 breakfast show in a decade, figures reveal.

She took over from Chris Evans in January. Her time at the helm has seen the audience drop by almost a million, with 7.9million now tuning in.

This compared with the 8.82million weekly listeners that Evans had in the same period last year. 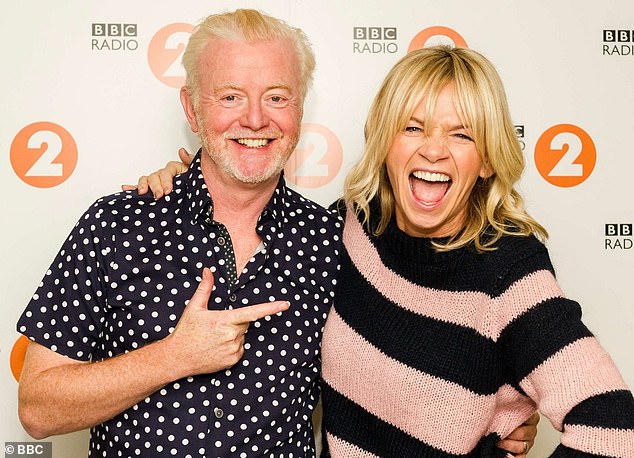 After a steady start, in which she largely held on to Evans’ audience, she has posted consecutive drops.

Today’s figures – which cover breakfast programmes – are 364,000 down on the 8.27million audience she posted in the previous period’s Rajar results.

It means Ken Bruce’s Radio 2 broadcast, with 8.44million listeners, has again beaten Miss Ball to be rated the most listened-to radio show in the UK.

Some listeners have criticised Miss Ball’s ‘over-the-top’ style, saying they could not stand the ‘non-stop excitement’.

The figures are the worst for the Radio 2 breakfast show since the July to September period in 2009, when Sir Terry Wogan had 7.76million tuning in.

However, Miss Ball, 48, its first woman host, still has the top breakfast programme in the country.

Evans’ show on Virgin maintained its audience of just over one million.

It had an average of 6.60million listeners a week in the third quarter of 2019.

Greg James, who hosts the Radio 1 Breakfast Show on Mondays to Thursdays, saw an increase in listeners year-on-year with 5.05million tuning in.

A Radio 2 spokesman said: ‘Radio 2 remains the most listened to radio station in the UK. Some fluctuation is expected, particularly over the summer months.’