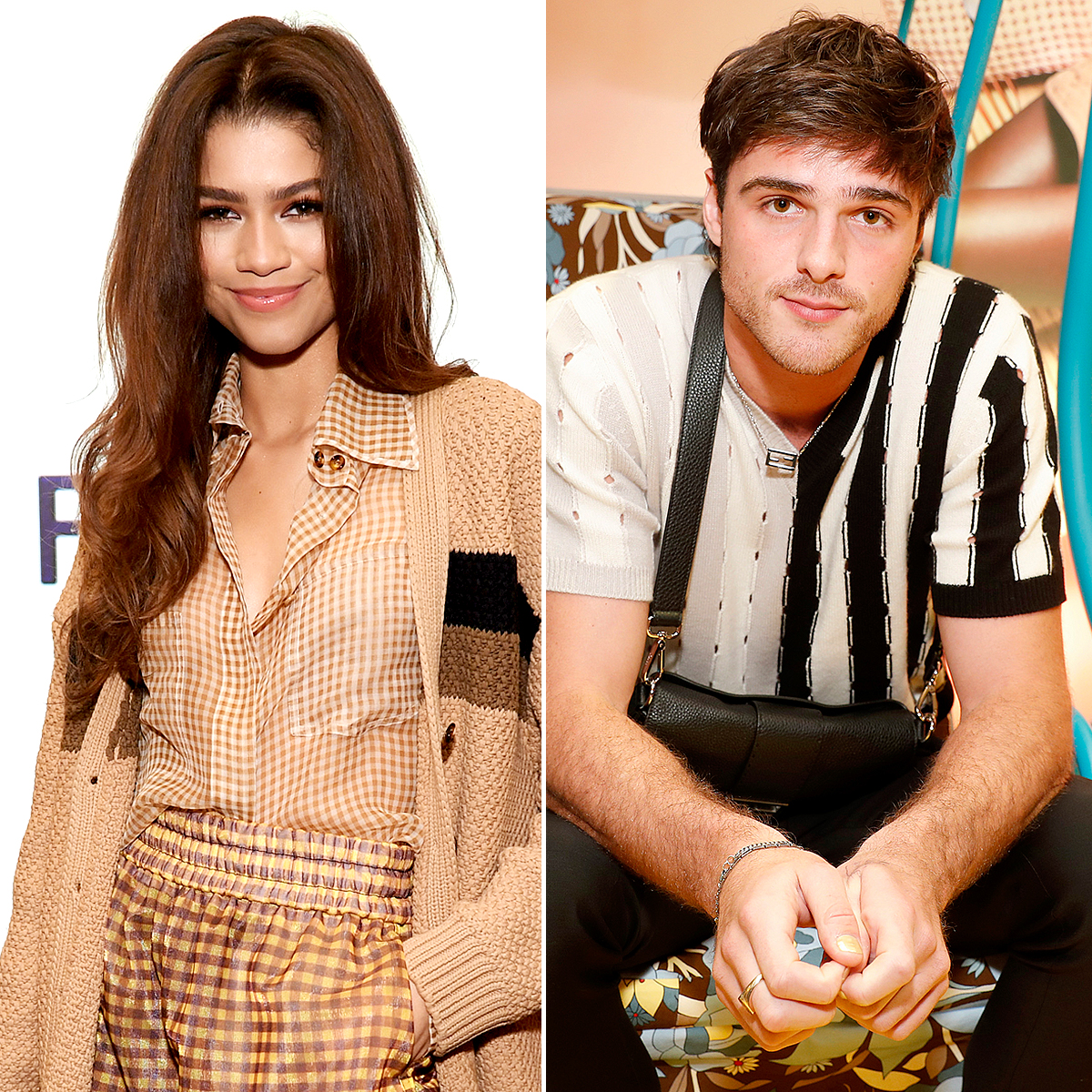 Gather ‘round, Euphoria fans! Costars Zendaya and Jacob Elordi are officially dating, a source confirms to Us Weekly.

The new couple were the subject of romance rumors for more than five months, but they had managed to keep their relationship status under wraps. They even attended the Fendi Solar Dream launch separately on Wednesday, February 5, with an eyewitness telling Us that the stars “kept their distance and didn’t really mingle inside the event” in New York City.

Zendaya, 23, looked stylish in a tan cardigan over a checkered blouse and matching high-waisted shorts with black knee-high boots at the New York Fashion Week event. For his part, Elordi, 22, wore a short-sleeve striped V-neck sweater with black pants. He accessorized with a black crossbody Fendi bag while celebrating the luxury fashion house’s men’s and women’s spring-summer 2020 collections.

The low-key outing came three days after the HBO stars were spotted kissing while walking through the SoHo neighborhood of Manhattan.

Zendaya and Elordi first caught fans’ attention in August 2019 when they traveled to Greece together after wrapping season 1 of their teen drama. An eyewitness told Us at the time that the duo “looked like they were getting a little cozy” while touring the Acropolis of Athens, adding, “They were walking with each other and being a little flirty.”

Us exclusively reported in October that the Greatest Showman actress and the Kissing Booth star enjoyed a low-key movie date at Sherman Oaks Galleria in Los Angeles. “It was just the two of them,” an onlooker said at the time. “Jacob looked like he was trying to be incognito, wearing a hat that covered his face.”

Then, Zendaya and Elordi were seen together in his native Australia on Thanksgiving Day with his parents, John and Melissa. However, later that night, they attended the 2019 GQ Australia Men of the Year Awards separately.

The actor shut down rumors that he was dating his costar the following month, telling GQ Australia, “She’s like my sister. Zendaya is an amazing creative, you know? She’s super dope to work with. She’s an incredible artist and a very caring person to all of us. But we’re all really close [on the show].”

Margot Robbie Mourning the Loss of Her Grandfather