Kourtney Kardashian threw a ‘lowkey’ birthday party for Mason and Reign, and HollywoodLife has EXCLUSIVELY learned why Scott Disick opted not to RSVP to this Christmas-themed bash.

When both Mason Disick and Reign Disick celebrated their birthdays on Tuesday, December 14, their mom, Kourtney Kardashian, went a little Christmas crazy with the decorations, creating an elf-themed rock concert (‘elf-182,’ a reference to fiancé Travis Barker’s band, blink-182). Everyone was there in the crowd – Big Bird, Wreck-It Ralph, Groot. However, one person who wasn’t at the joint-birthday party was Mason and Reign’s dad, Scott Disick. “Kourtney had a very lowkey celebration on Tuesday for Mason and Reign’s birthday,” a source close to the Kardashians tells HollywoodLife EXCLUSIVELY, noting that while Scott, 38, wasn’t at this celebration, he did “spend time with the boys.”

In honor of Reign turning seven and Mason turning twelve, Scott “made sure to come over and give them their gifts, and they were super excited,” the insider tells HollywoodLife. “Scott would never miss any of his children’s birthdays, or holidays, for anything. Kourtney is being super cooperative with Scott when it comes to being able to see their children, and it is making things so much easier now that they have open communication.” 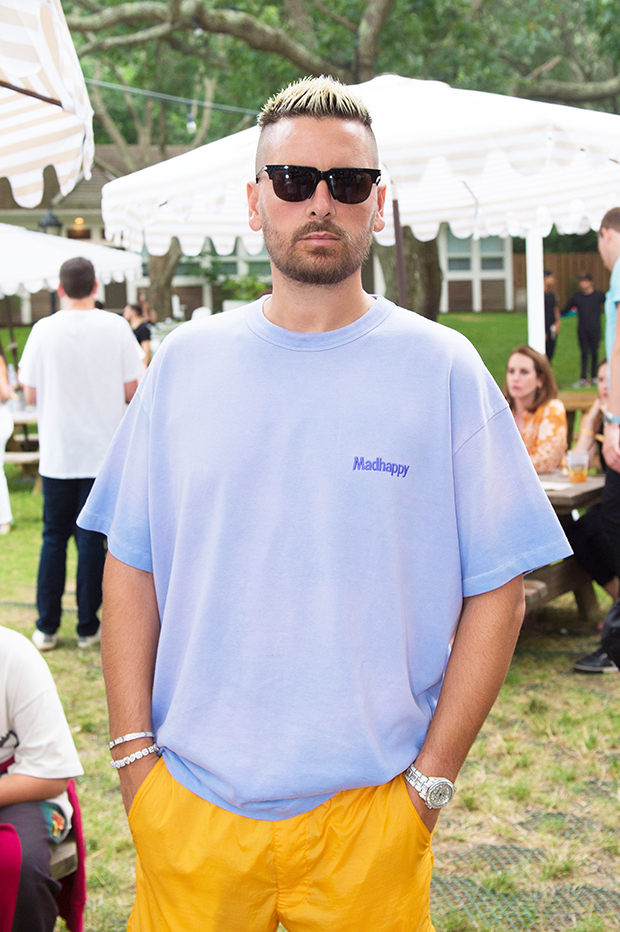 While Scott wasn’t at Kourtney’s small get-together for their boys, the Kardashians insider notes that Travis, 46, was there, along with “several members of his family and [Kourt’s] family.” Travis’s kids – Landon, Alabama, and Atiana De La Hoya – have bonded with Kourtney’s family, and it seems that they all came together for Mason and Reign’s big day. However, don’t think that Scott bailed out of any kind of bitterness issue. “It’s not that Scott refuses to be there or anything like that,” the insider says, “because they have all been together at the same time on several occasions now. It is just that it would be slightly awkward and would take away from the special time that Scott spends with the kids on their big day.”

Kourtney Kardashian & Scott Disick: Their Photos Together After Breakup 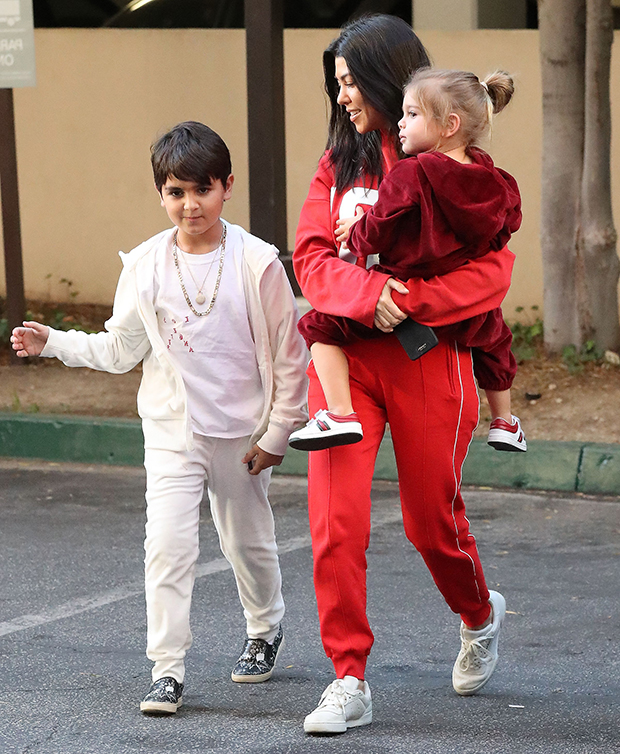 Both Mason and Reign’s parents posted sweet tributes online in honor of their respective birthdays. “Happy birthday to my birthday twins five years apart,” Kourt captioned an Instagram Gallery of her boys. “I couldn’t have dreamed up anything like them for my sons. I feel so blessed and grateful for these two boys and all that they bring to my life.” Scott also posted tributes to his Instagram Story, saying there was “nothing better [than] these boys. Love you more [than] you could ever know!”

Scott will also keep it civil when it comes to Christmas time. Travis has made it clear that he will spend the holiday with Kourtney, an insider told HollywoodLife EXCLUSIVELY, whether her ex is there or not. Scott, according to the source, “will absolutely be there for the holiday as well, just as he has every year.” If there are any uncomfortable feelings from seeing Kourt and Travis together, Scott will “suck it up to make this work because this isn’t a temporary situation.”