This year’s Love Island looks set to be a scorcher of a series, with a number of sexy singletons ready to do whatever it takes to find their Mr or Mrs Right on the Spanish Island.

Sexy surfer Lucie Donlan has established herself as a firm favourite in the villa and is already at the heart of the villa’s first love triangle.

The stunning 21 year old from Cornwall was coupled up with Joe Garratt, before Tommy Fury chose her in a shock move at the first recoupling of the series. But who is Lucie Donlan? Who are Lucie’s famous exes? Lucie revealed how she dated Charlie after he left the villa last year, saying: “I kinda just watched him and he’s my type. He’s blonde. Then he came off and he had put on his Instagram story that he was coming to Newquay and asked if anyone had a spare surfboard he could borrow, so I replied and he asked if I wanted to go for a surf. That’s how we met and we hung out for about a week and it was really nice.”

Lucie also responded to claims Charlie convinced her to join the show.

She revealed: “Not really because he was kind of only on it for a week and he didn’t find anyone he got on with. He was quite glad he found me at the end and we did get on really well. 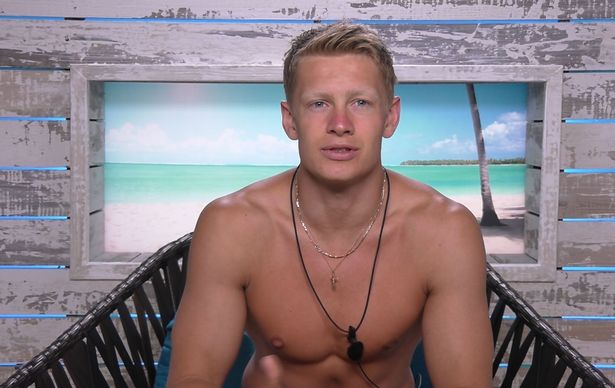 “So he said he was glad he went on it because he wouldn’t have met me.”

Lucie added: "If I see him, I'll speak to him but it kind of fizzled out because he lived where he lived and I live where I live. We had some really nice times together so it's a shame that it ended really.”

Lucie has also had a flirty run-in with former TOWIE star Joey Essex.

She explained: “I was on a shoot and I was introduced to him, then he followed me on Instagram a few weeks later.

“We were talking about his dog because I love dogs and then we just said that we should go on date but it didn’t happen.

“Lookswise I wouldn’t go for that kind of look but I do like his personality.” Who is Lucie coupled up with?

The villa was left in shock on Tuesday night after Tommy Fury chose to couple up with Lucie – despite her being coupled up with Joe Garratt and the pair having shared a kiss.

Joe has now been left vulnerable and single following Tommy's decision, which sent ripples of shock throughout the camp and to viewers.

Lucie and Tommy set to enjoy their first date together on Wednesday night's episode.

Love Island continues every night on ITV2 at 9pm.

Marijuana Has Been Deemed 'Essential' — But Essential for Whom?