Home » Celebrities » Who Has Miranda Cosgrove Dated? Her Relationship History Is Surprising

Since her iCarly and Despicable Me days, Miranda Cosgrove has kept a relatively low profile. After her hit Nickelodeon series wrapped in 2012, the actor became a student at University of Southern California, and as a result, Miranda Cosgrove’s relationship history is a bit of a mystery. Now that Cosgrove is reprising her role of Carly Shay for the Paramount+ iCarly revival, fans are eager to know more about her super-secret love life. If Cosgrove is dating anyone at the moment, she’s keeping it on the DL, but she’s reportedly romanced a few familiar faces in the past, including Demi Lovato’s ex-fiancé and your fave Netflix boyfriend.

Though I don’t know much about her dating life, I do know that Cosgrove’s relationship with Jennette McCurdy still seems rock-solid. During a December 2017 interview with AOL Build, Cosgrove gushed about their close bond. "We live really close to each other. We have sleepovers all the time. Like, I literally see her every other day," Cosgrove said of McCurdy. Um, love that.

Here’s what little I do know about Cosgrove’s romantic past (and sorry, Creddie shippers, but it doesn’t seem like Cosgrove and her iCarly co-star Nathan Kress were ever a thing). 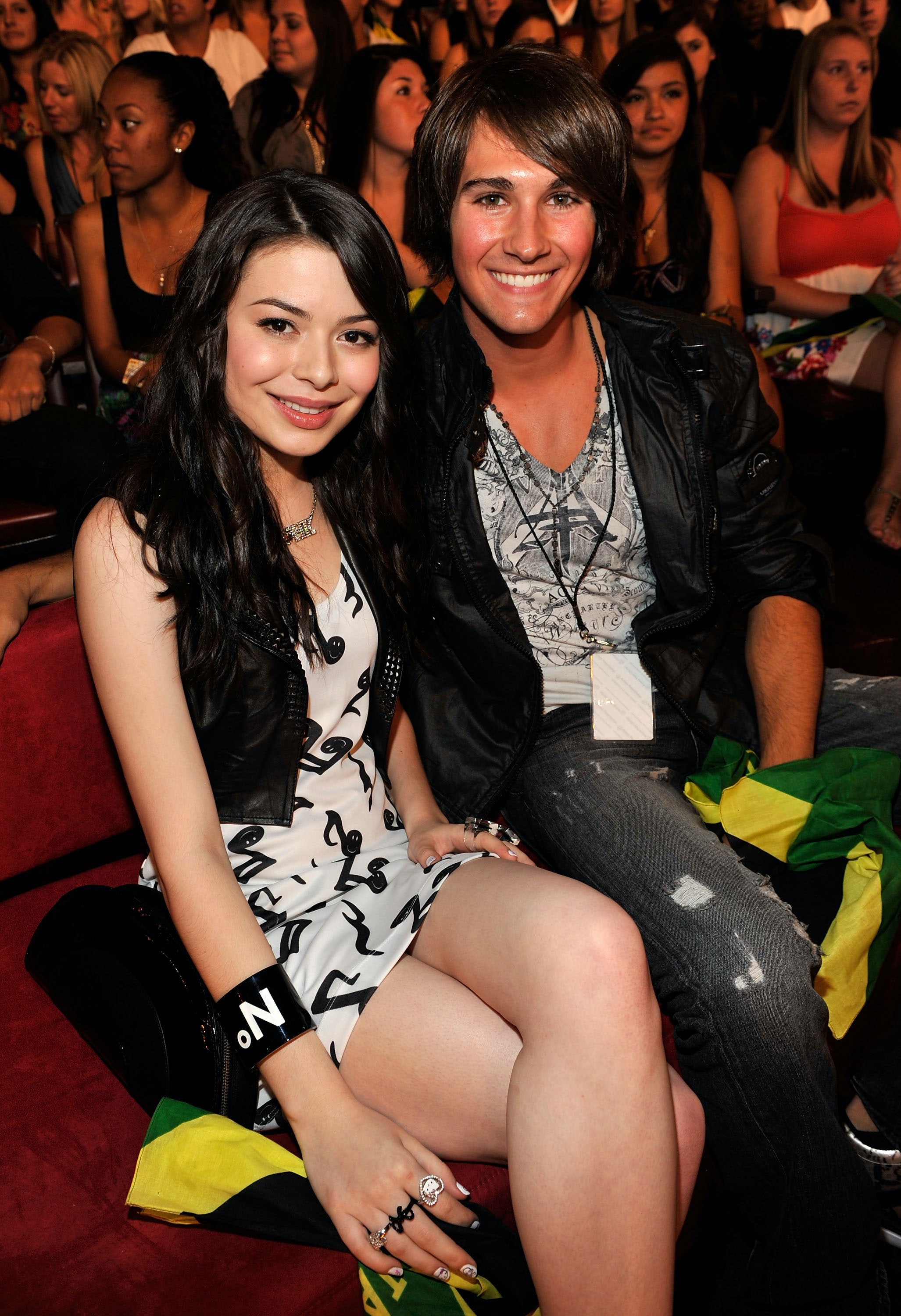 Fellow Nickelodeon star (and one-time iCarly guest star) James Maslow reportedly dated Cosgrove for over a year between 2007 and 2008, per J-14. Little is known about their maybe-relationship, but considering they’ve been spotted together several times since 2008, it seems the two are still on good terms. 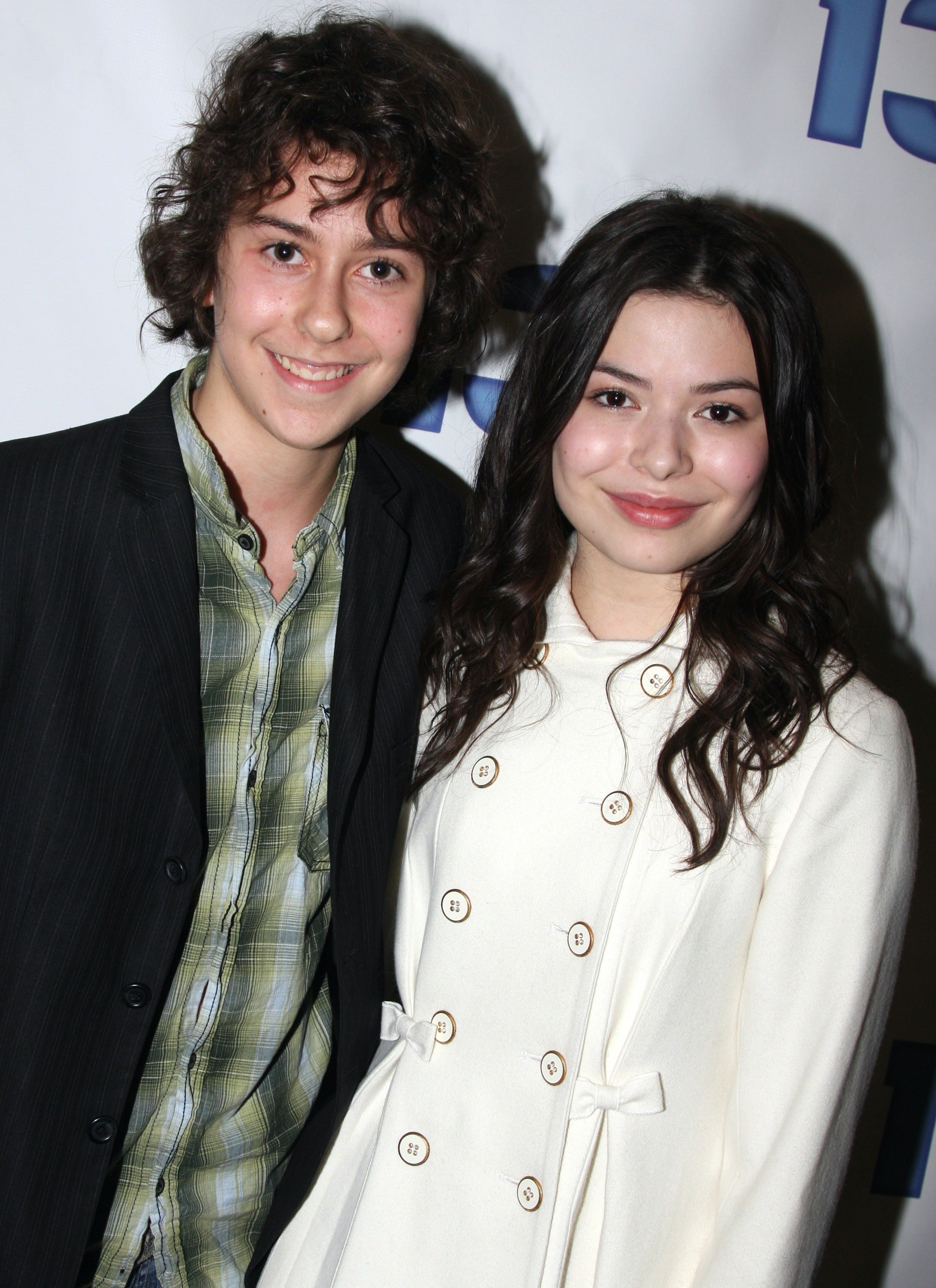 After Maslow, Cosgrove was romantically linked to yet another Nickelodeon star, Nat Wolff. They started appearing at events together in 2008, but they really sparked fans’ interest in June 2010, when the two were reportedly seen leaving a concert, according to Just Jared. Cosgrove shut down the dating rumors soon after, telling Tiger Beat she and Wolff were "only friends."

Despite that, relationship rumors persisted, especially after Cosgrove opened up about a recent breakup to Seventeen in February 2011. "I’ve only had one serious boyfriend, but we dated for three years," she told the magazine. "We broke up not that long ago. He’s the one guy I really, really liked. People say they have that one person they never forget — I feel like that. Even though we don’t talk too much anymore, he’ll be the one who got away." Cosgrove never mentioned Wolff by name, but fans suspected he was the ex in question. Dating rumors about Cosgrove and Max Ehrich first began circulating in 2010 after Ehrich appeared on iCarly as a guest star, but he denied rumors at the time. "We are really good friends. We really are," Ehrich told Access Hollywood in December 2010 adding, "We’re very young. Why be tied down?"

But then, Cosgrove and Ehrich were reportedly spotted hanging out in Hollywood in November 2012, per the Daily Mail, and that briefly reignited dating rumors. However, little else was heard about the maybe-couple after that.

Though it’s unclear whether they were ever actually an item, Cosgrove definitely had something with Noah Centineo in 2013. In April of that year, Cosgrove and Centineo attended a Lakers game together, and seven years later, a fan resurrected the glorious pics of Twitter, writing, "ok how am i just finding out that miranda cosgrove and noah centineo dated in 2013?" Cosgrove also posted a pic of herself and Centineo at the Despicables Me 2 premiere in June 2013, but the two never confirmed their rumored romance.

Will Creddie become a thing again in the iCarly revival? Fans will just have to wait and see!

Lena Waithe’s Wife Never With a Woman Before Her

Jack Black Does a Water-Soaked 'WAP' Dance in a Speedo: Watch