Home » Celebrities » Welcome to 2021, the year of the chaotic celebrity couple 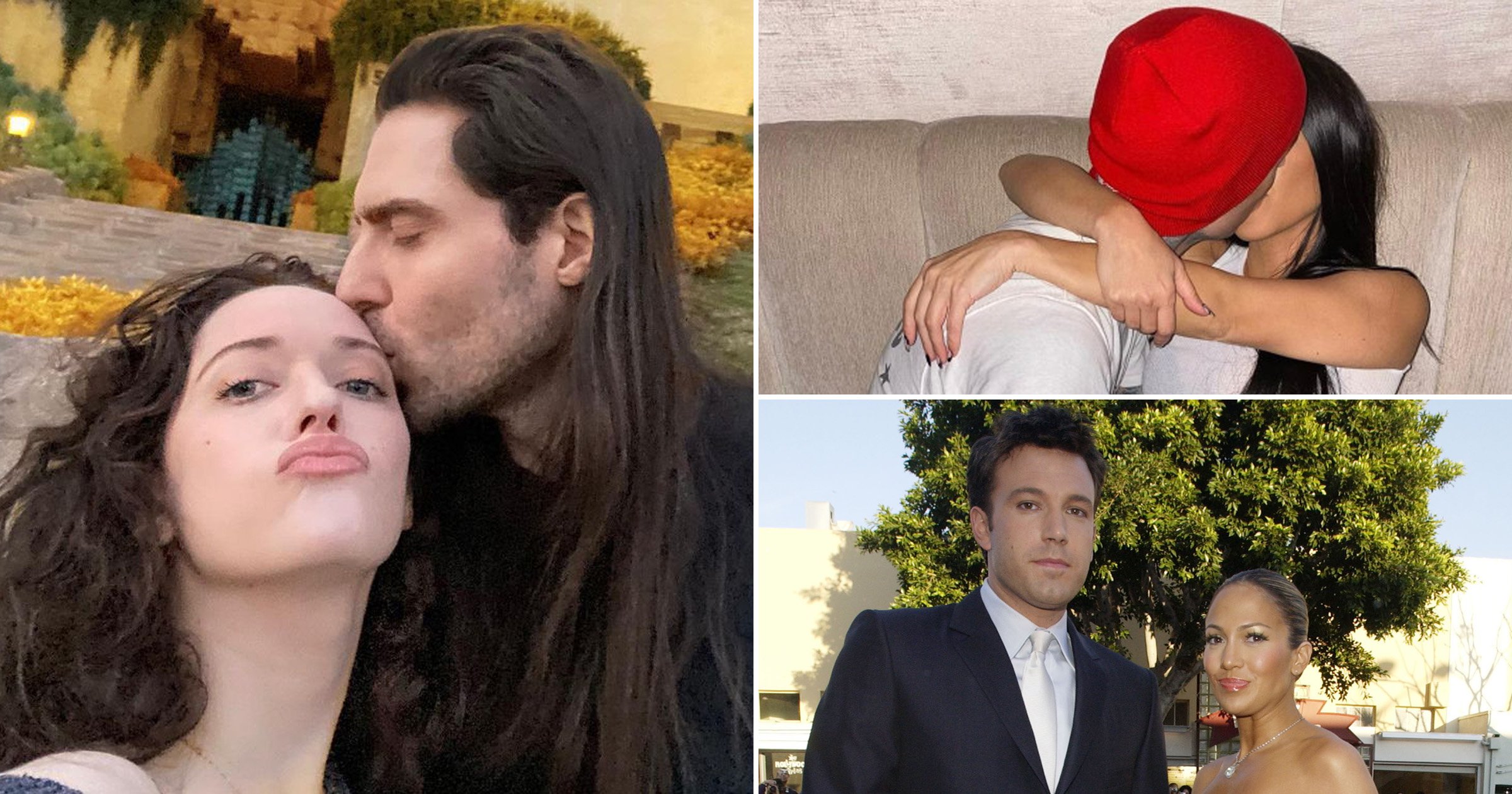 Celebrity opportunities to break the internet were few and far between during lockdown.

Sure, there was plenty of scope to attract the ire of the world by being anti-mask, saying that people dying due to a deadly virus was inevitable (hi, Vanessa Hudgens), or simply singing a bar of John Lennon’s Imagine literally days into lockdown.

But when it came to the usual showbiz fodder – surprise weddings, shock relationships, bombshell break-ups – we were left looking for scraps and eking every bit of gossip out of Kim Kardashian’s 40th birthday and Dominic West and his wife’s rock garden note of unity.

However, there’s been a shift in the celebrity atmosphere. As vaccines are administered and restrictions are relaxed, it has become very apparent that at long last, the celebs are back at it again, and it is utter chaos.

Forget hot girl summer (or white boy summer, if you’re Chet Hanks) – it’s chaotic celeb relationship summer, and we are 100% here for it.

The stars have seemingly agreed to equally baffle and compel us with their new romances, as unexpected couples have been coming out of left field for months.

It all started with Kourtney Kardashian and Travis Barker. Sure, it had been rumoured for a while, and the hot mainstream female star with a pop punk rocker was a tried and tested formula – shout out to Megan Fox and Machine Gun Kelly, Hilary Duff and Joel Madden, Nicole Richie and Joel Madden, Cameron Diaz and Benji Madden… basically any 00s celeb and a Madden brother. But that didn’t mean we weren’t shook when the pair confirmed their romance in February, and proceeded to battle every other celebrity couple for the title of hottest celebrity pairing.

We’ve had make out pictures. We’ve had Travis tattooing Kourtney’s name on his chest. We’ve had Travis sharing a picture of a candle that apparently smells like his girlfriend’s orgasm. We have Kourtney now wearing The Cure t-shirts. We’re already looking forward to the inevitable goth wedding, where Kris Jenner will probably wear a leather corset and the internet will declare Robert Smith uncool now because the couple’s first dance will be to Lovesong, or something.

Kravis would have been enough for our gossip-starved bellies. But that was just the tip of the iceberg, because king of the chaotic romance Pete Davidson was about to enter the chat.

He of proposing to Ariana Grande after three weeks, making out with Kate Beckinsale while Antoni Porowski turns himself inside out with awkwardness, dating Margaret Qualley and then Kaia Gerber fame, decided to outdo himself by embarking on a romance with Phoebe Dynevor. Now, this in itself isn’t too weird – he’s a Saturday Night Live star and eligible bachelor in his twenties, she’s the rapidly rising star of Bridgerton, it makes sense. But then you throw in the fact that Phoebe’s mum is Sally Dynevor, aka Sally Webster from Coronation Street, and that Pete has been spotted on stolen weekends away with his boo in Altrincham and Stoke-on-Trent, and you get where we’re coming from. All going well, former Mr Grande-to-be is going to be in a picture with Sally Webster at the National Television Awards, and we may combust when that happens.

Elsewhere, WandaVision star Kat Dennings casually announced via a sweet selfie on Instagram that she was dating Andrew WK, party king best known for his anthem Party Hard and appearing on an album cover with blood streaming down his face. Just weeks later, the couple confirmed their engagement, when folks were still deciding whether or not it was an album publicity stunt, and everyone has gone from ‘what?’ to Kandrew stans.

Meanwhile, Down Under, Rita Ora has been pictured getting cosy with Thor director Taika Waititi, another union that doesn’t make sense, but simultaneously doesn’t not make sense. They haven’t confirmed anything, and it could be that Rita is actually about to star in Thor: Love and Thunder – but either way, we’d be taken aback.

And of course, we can’t mention 2021 chaos without mentioning the 00s king and queen themselves, Bennifer. Bennifer was an era within itself. You can immediately suss out how old somebody is by saying ‘It’s turkey time’ and waiting to see if they respond ‘gobble gobble’. A generation of us were raised on the Jenny from the Block video and had our tiny minds blown by the invention of the portmanteau celeb couple name. Bennifer walked so Brangelina could run.

Our power couple dream ended in 2004, after Jennifer Lopez and Ben Affleck called off their wedding. But as the cicadas prepared to emerge from underground after 17 years, so too did Bennifer. After JLo confirmed her split from Alex Rodriguez, Ben – also single after his split from Ana de Armas – was seen getting dropped off at his house by a car that looked suspiciously like one belonging to his ex. Fast forward a week, and Ben and Jen are seen returning from a week in Montana together. Y’know, enjoying a little getaway to Montana, like all exes do.

Because that’s the power of 2021. It can take two names from a tabloid tombola and create a unit. It can go from social media rumour to engagement in a fortnight. And it can resurrect the epitome of 2003 and have us wishing for the return of Blackberrys and trucker hats (not low rise jeans though, they can burn).

We’re not even out of May, and we’re getting whiplash from the amount of ‘wait, what?’ double takes at our phone alerts per week. In the past week alone, we’ve had John Mulaney getting divorced and then apparently dating Olivia Munn after meeting her at church (!), and Ariana Grande casually getting married out her back garden to the guy she quarantined with, becoming the patron saint of all successful lockdown relationships.

Sure, we don’t know every detail of how these relationships work or came to be, and in the grand scheme of things, the romantic lives of celebrities have no effect on our lives. But in a way, they do. The celebs being back at it again are a signal of a glimmer of normalcy returning to our world. Before long, ‘candid’ beach shoots, reality stars breaking up after scandalous PAs and Vegas weddings will be back with a bang, and that is the world we want to live in. Long may the chaos reign.