The Voice: Tom Jones sings ‘With These Hands’

Sir Tom Jones issued an apology to his fans in the US via Twitter last night. The legendary singer reassured those on the other side of the Atlantic that his new music would be available to them in the very near future, while saying sorry for the delay.

On Wednesday, Tom released a new track from his forthcoming album Surrounded By Time, which is set to launch in April.

He also shared the music video for the song titled No Hole In My Head via social media.

The Voice UK coach asked his 598,400 followers for their thoughts via the micro-blogging site.

One person spoke of their frustration that his new release was not available to them yet. 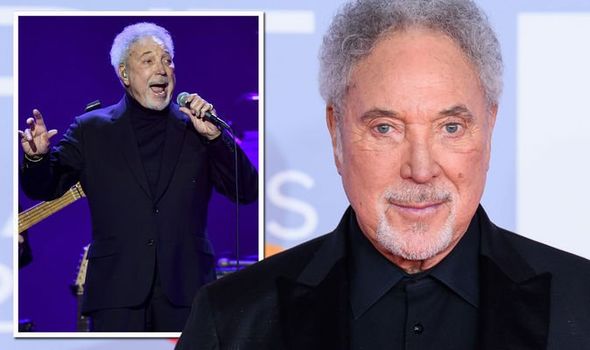 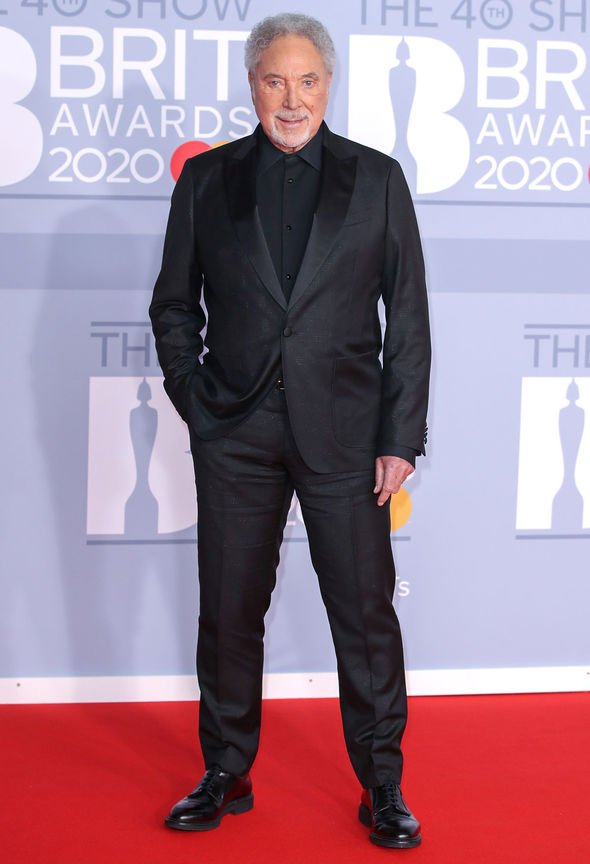 “Here comes the No Hole In My Head music video! I hope you dig it, let me know your thoughts,” Tom tweeted two days ago when he shared the footage.

“No Hole In My Head is not in America yet…tell them to get on the ball,” one person pointed out.

Tom responded with an apology.

“Sorry it’s taken a while, but don’t worry my new tunes will be available in the US very very soon!” 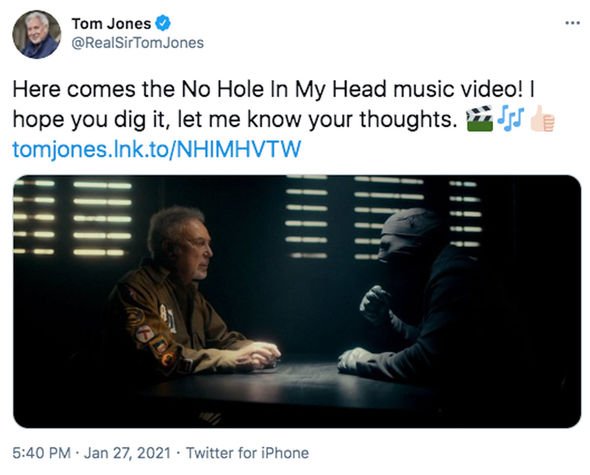 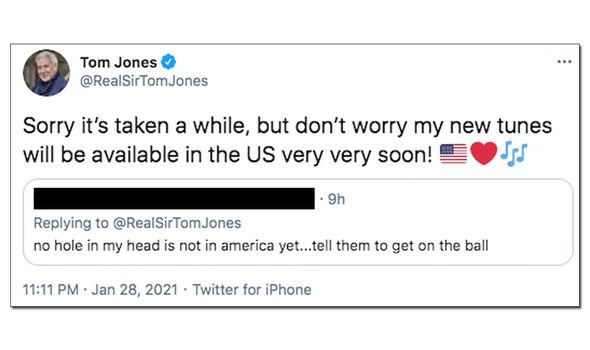 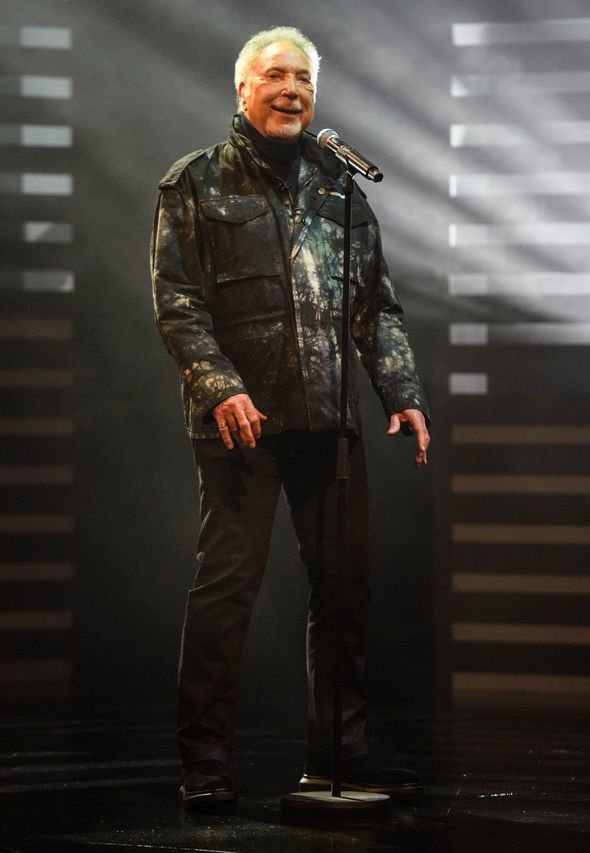 “No worries, waiting patiently!! Although, excitingly, patient,” one fan wrote.

“Thank you, Sir Tom! I’m looking forward to it when your single comes to the US,” another added.

A third remarked: “Yes! Been patiently awaiting a sighting of you in the US. Hopefully an interview/performance on US reality tv will follow. can’t a girl dream.”

On watching the new video for the single, many did share their opinions with the singer.

“Amazing how through all these years you have achieved musical versatility. Your voice adapts to all styles. Do you know that you do everything marvellously well? Thanks Tom,” one person wrote online.

A second added: “Completely different concept from what was previously done in your way, musically speaking. The lyrics, images & musicalization in parallel with what Is currently being lived in the World. Confrontation with the unknown & unexpected; frustration and perhaps collective loneliness.”(sic)

Another added: “The strength of your voice is just unbelievable for an 80 year old man. Keep doing what you do best Tom, let it all out. Love ya!”

Two weeks ago, Tom released the first song from his new album, after teasing the details across all of his social media platforms.

Rock band Reverend and the Makers said the first release was a totally new sound and praised the 80-year-old for trying something new.

“@RealSirTomJones’ new tune is totally unlike anything I’ve heard him do before. It’s ace. I respect him for doing a left turn,” the tweet read.