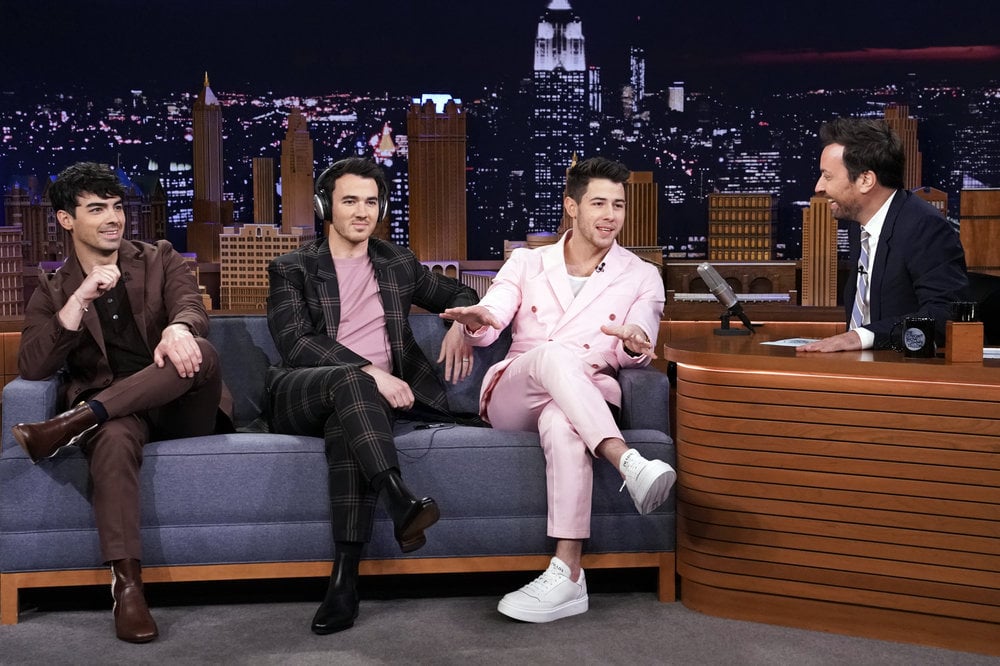 The Jonas Brothers stopped by The Tonight Show Starring Jimmy Fallon on Wednesday and played a game of “Know Your Bro.” Each brother took turns wearing a pair of headphones that canceled out any noise, while the other two answered a question about whoever couldn’t hear. And it seems like they’re really sticking to being completely open and honest about their lives and brotherly relationship (which they pledged to do in their new documentary).

The game ended up revealing nuggets of information about each sibling that even the biggest Jonas Brothers fan might not know, including the details of Kevin’s bad-boy phase and Joe’s hilariously wild bachelor party. “I’m trying to see if I remember . . . anything,” Joe said about his big bash before describing just how crazy things got. Unsurprisingly, when it was Nick’s turn, he threw in a little humble brag, invoking eyes-rolls and sarcastic reactions from Kevin and Joe. Gotta love the sibling shade! Ahead, watch them play the game before jamming out to their live performance of “Only Human” from their latest album, Chasing Happiness.